Dinner at the Hard Rock Cafe

After returning from Alcatraz, we caught the F tram to the hotel. A few stops later, still on the waterfront, the operator told everybody they had to get off and take the next tram. The next tram was full. What to do?
We could have called Uber at 5:45 Friday. Instead we took a tram back toward Fisherman's Wharf, getting off early because there was an all-too-common San Francisco crazy sitting behind the girls making weird noises.
We walked as far as the Hard Rock Cafe and enjoyed a decent dinner. 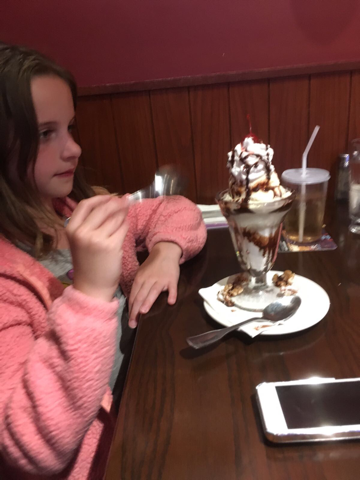