Kathy got a notification that our train was one hour late, so we took our time leaving the hotel.
At the station, she showed the girls the train diagram telling us where to stand. 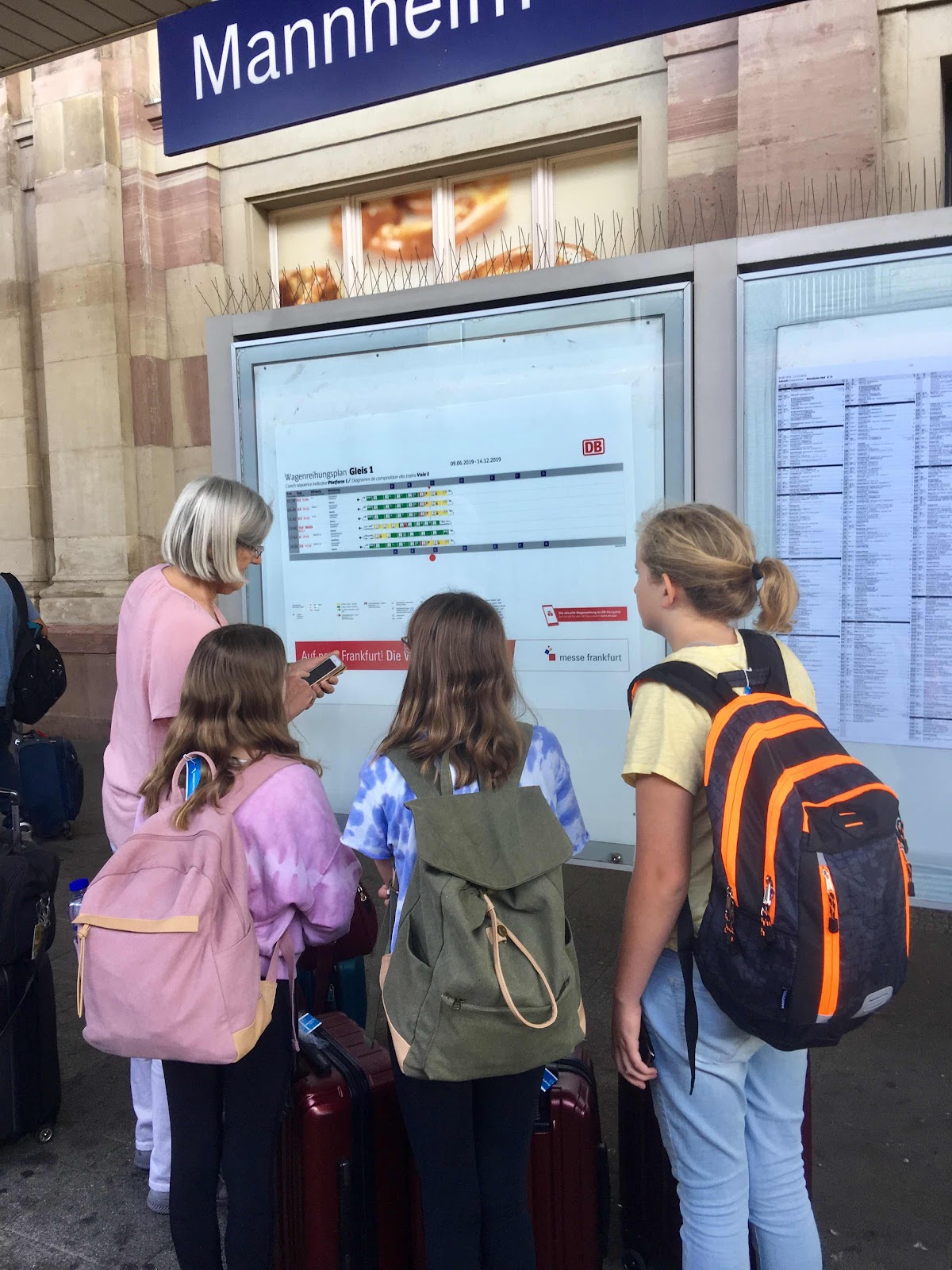 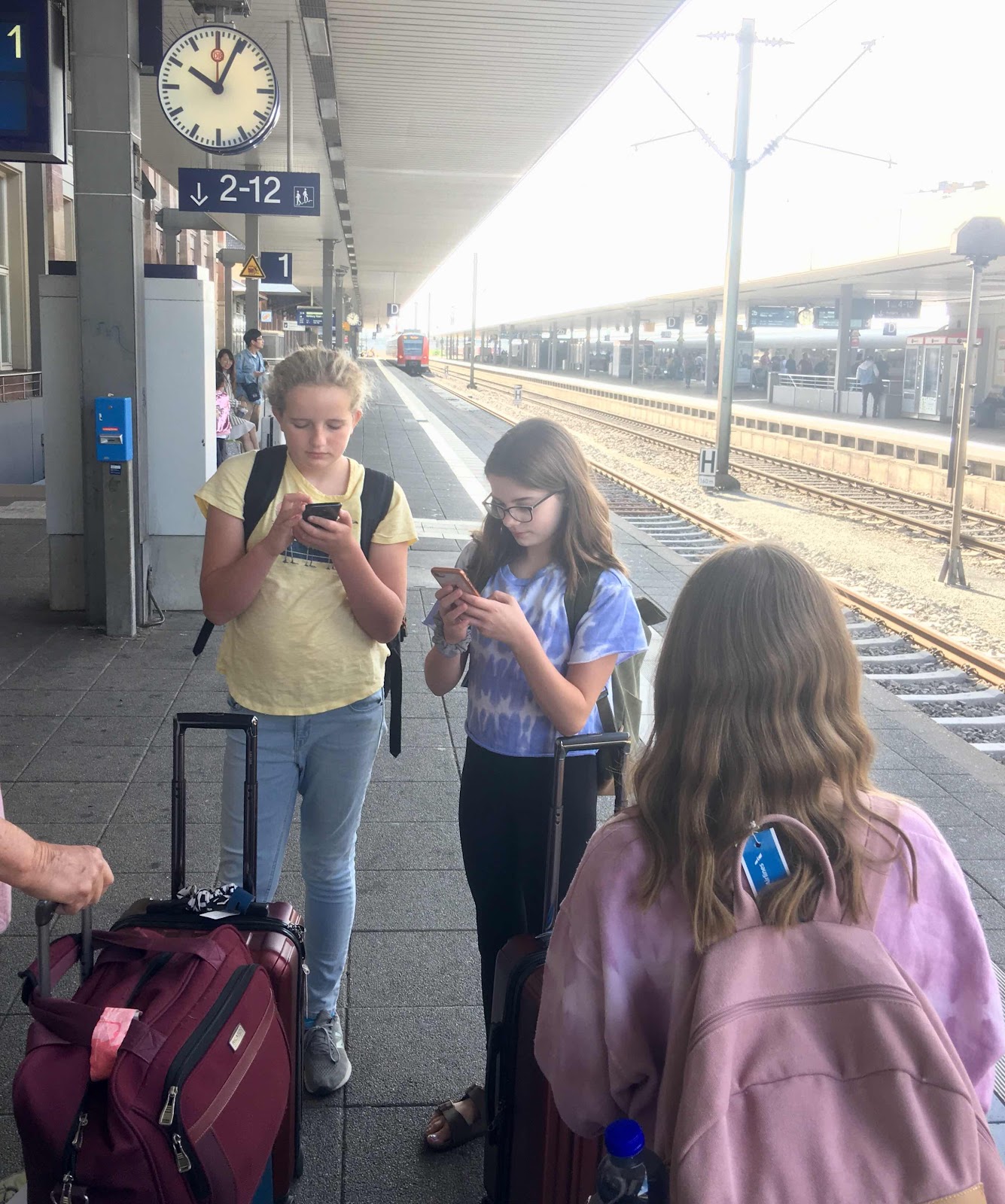 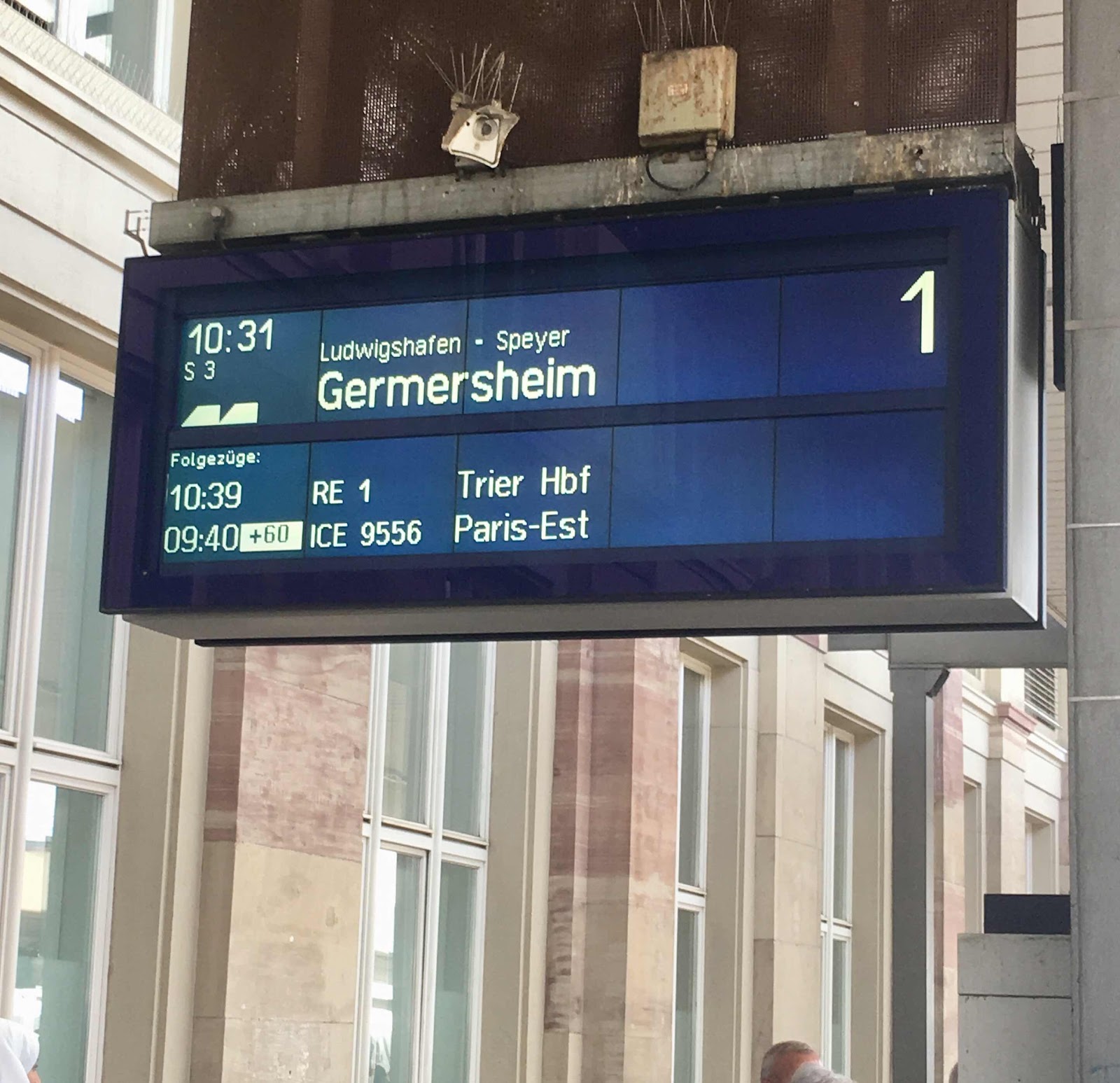 Amusingly, the diagram didn’t work and we had to rush from the back to the front of the train.
We were blocked in one car and thought we were moving to the right one. Unfortunately we moved from 28 to 29, dislodging two passengers and arguing with others until we realized our mistake.
The train was moving but we managed to stumble through the vestibule to the back of 28, giving us time to start a Spades game on the three-plus hour ride to Paris on this ICE train, averaging 90 mph or so. 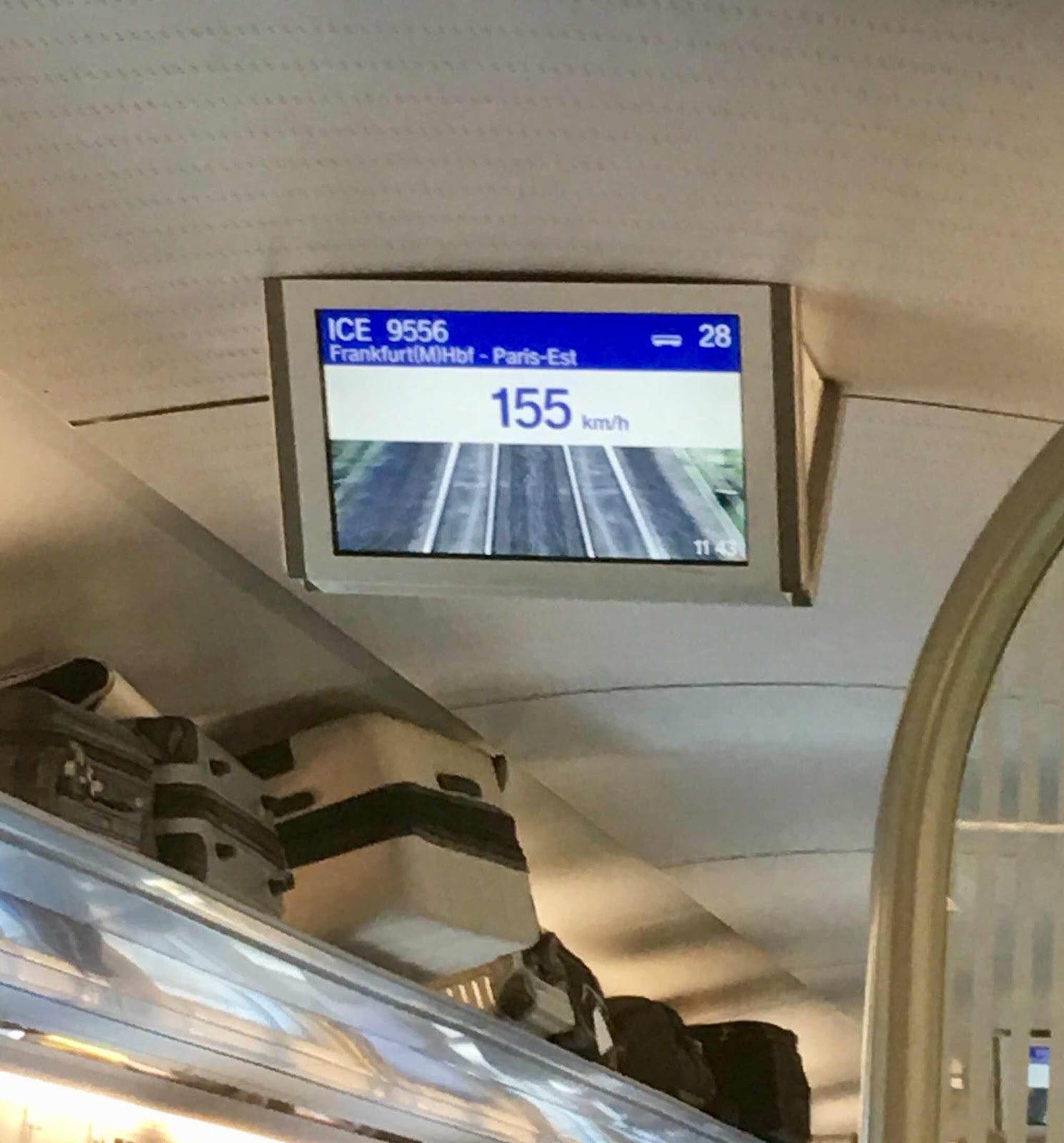 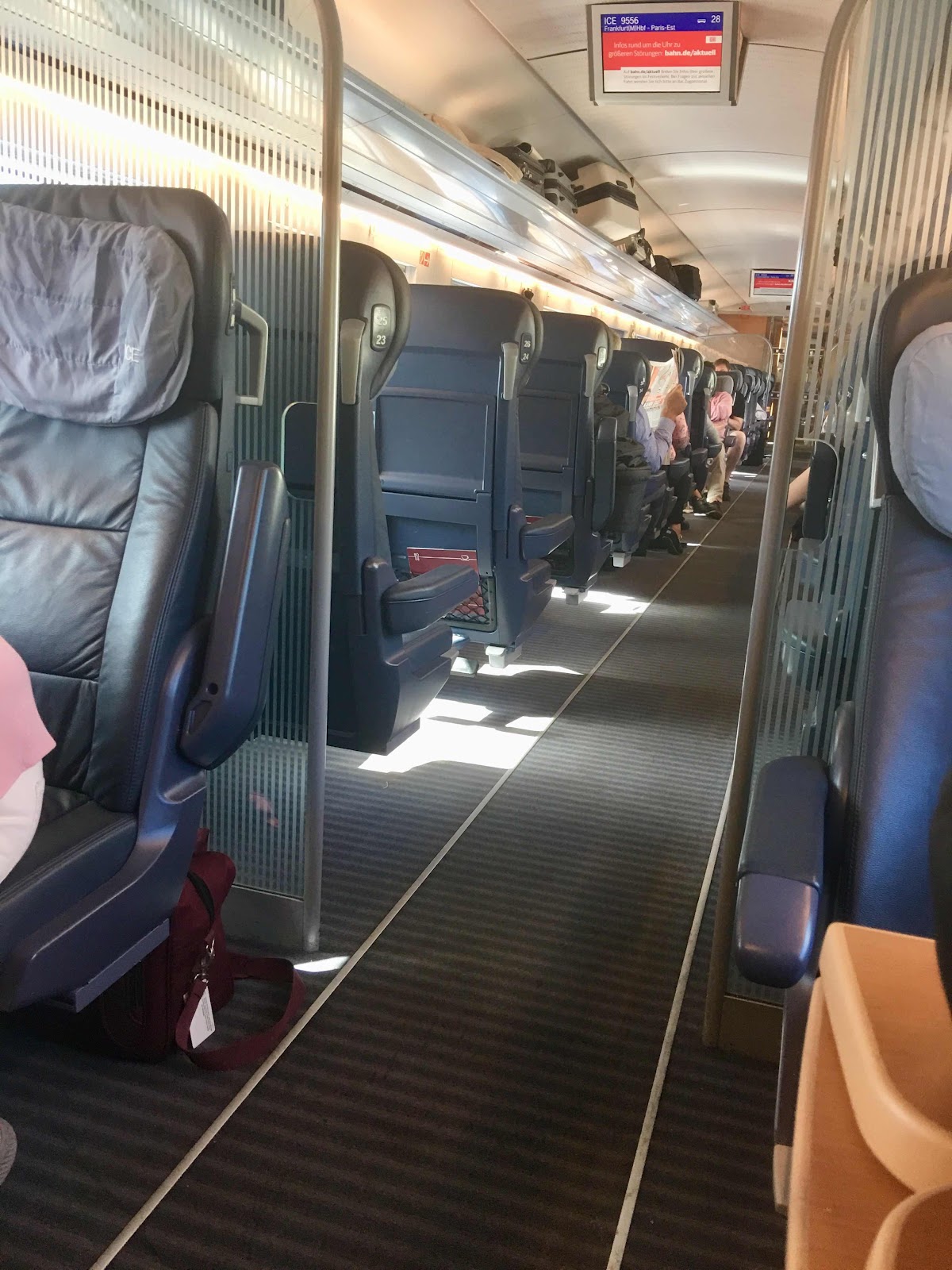 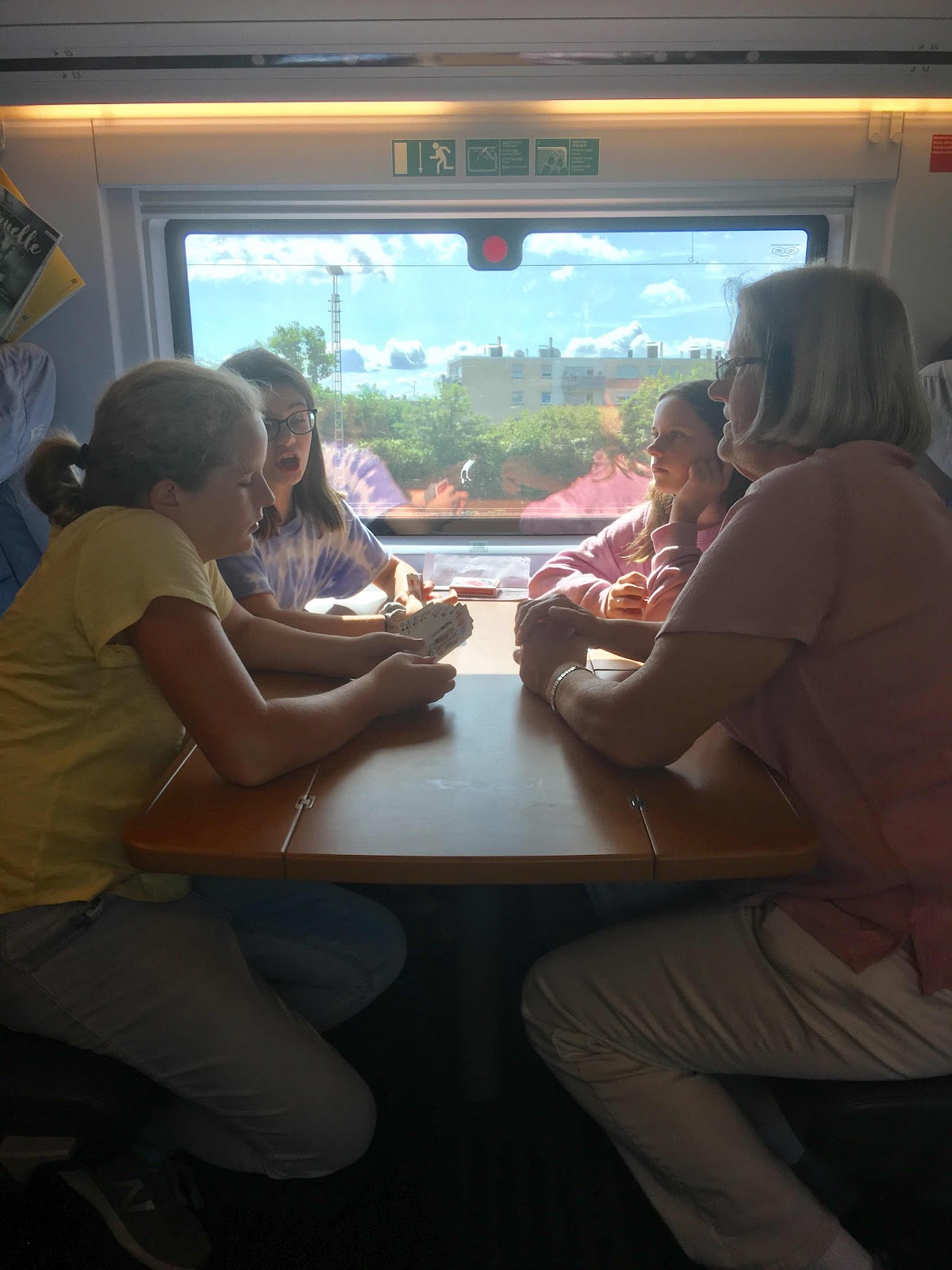 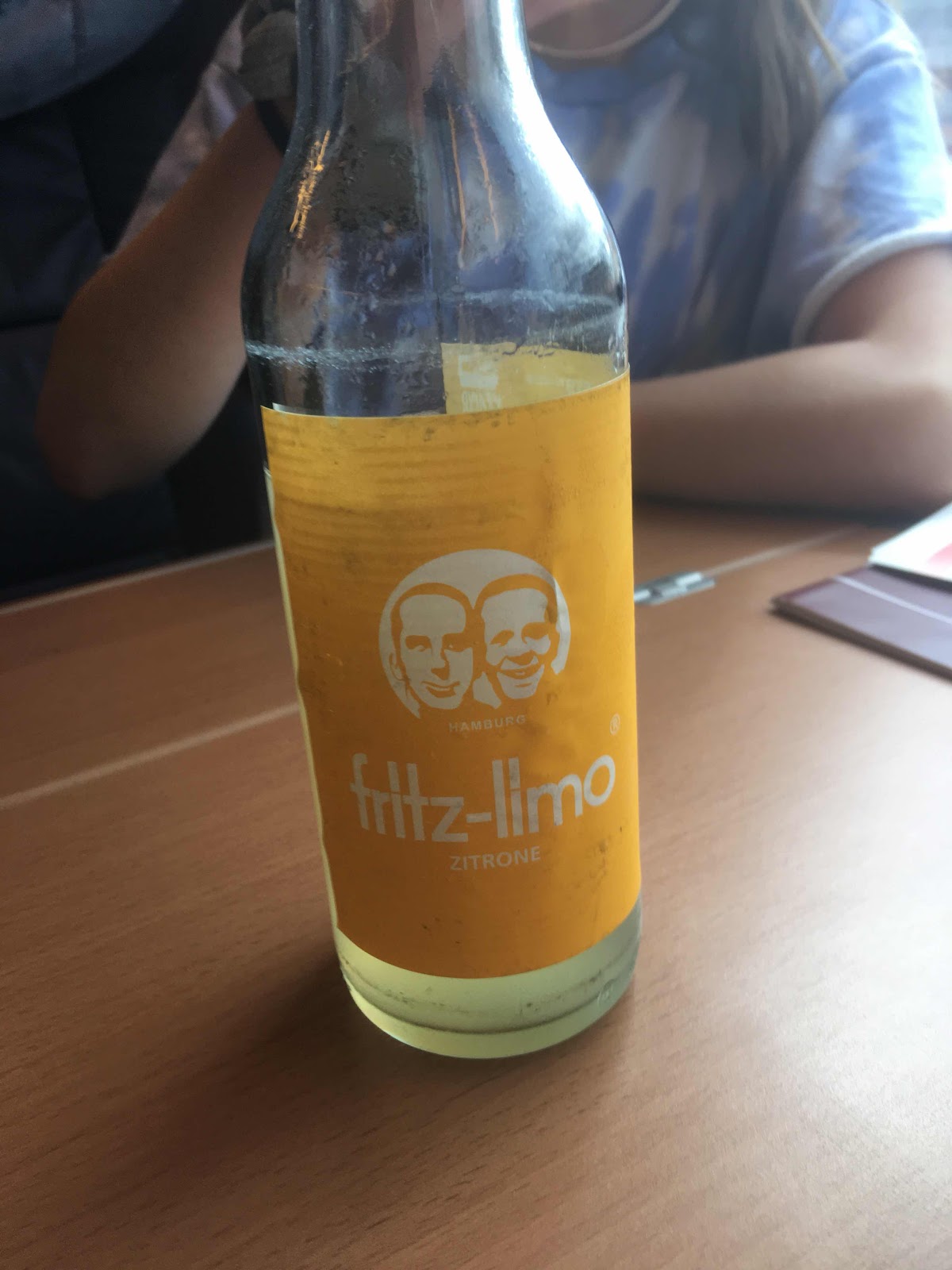 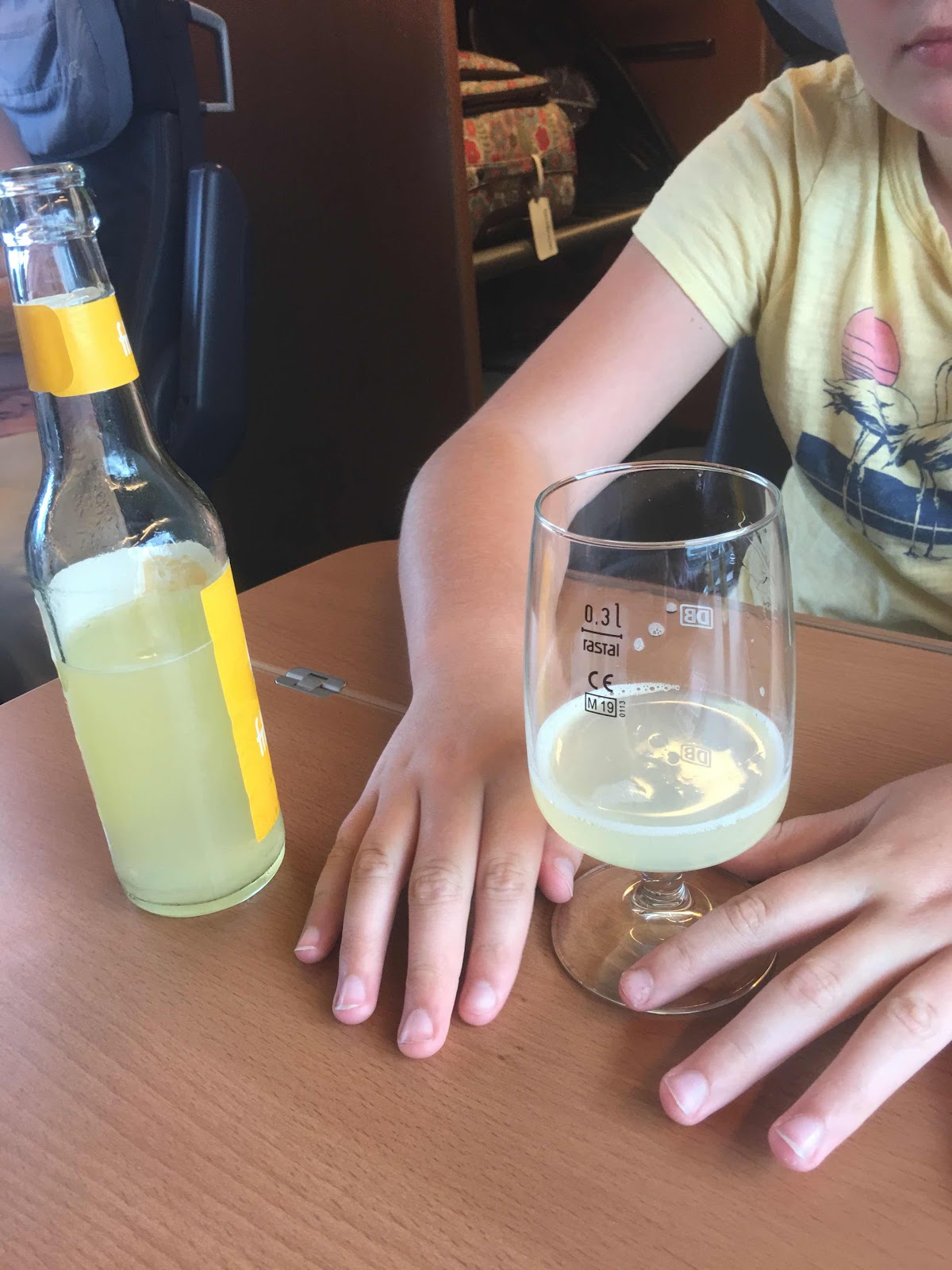 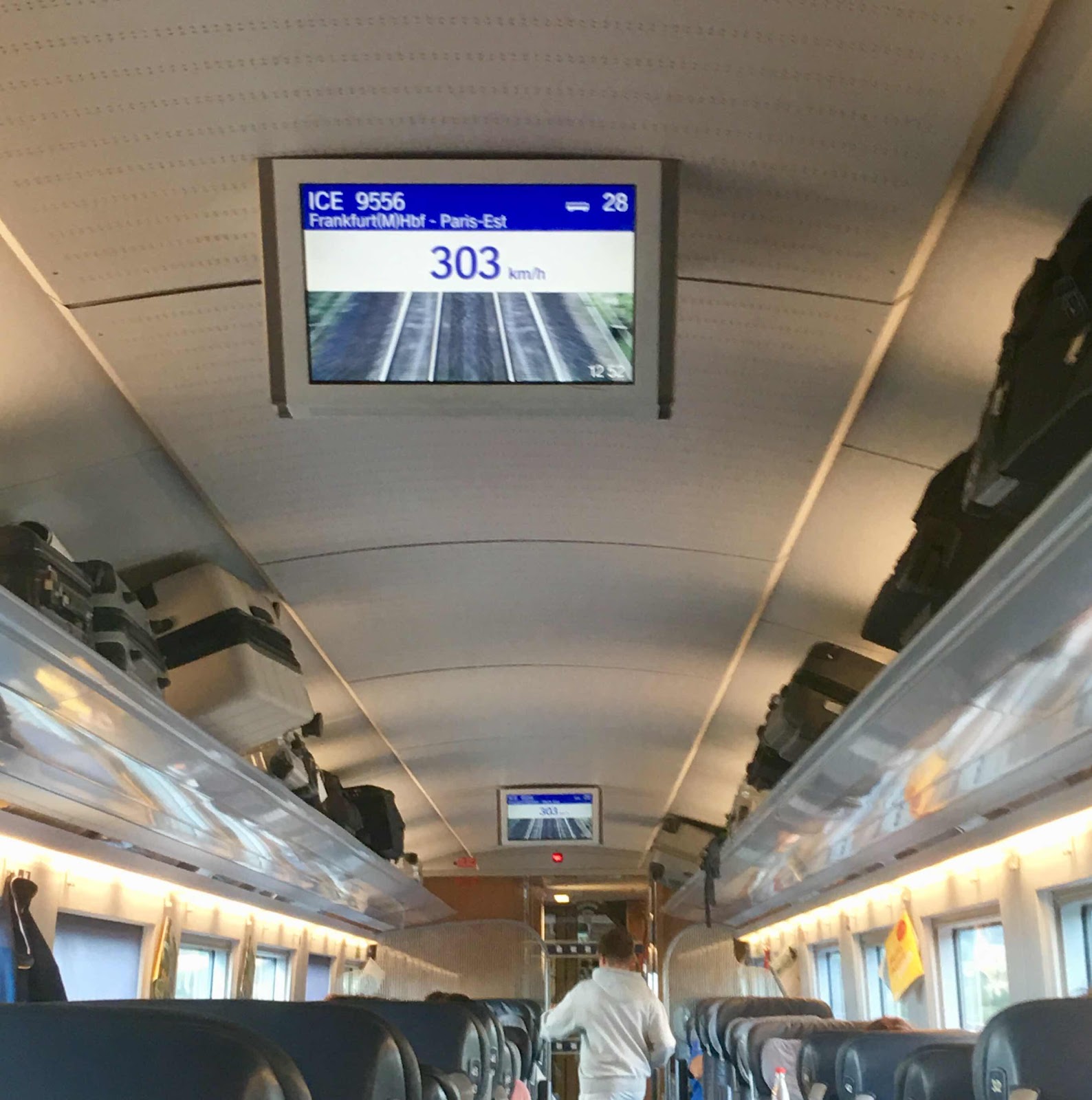 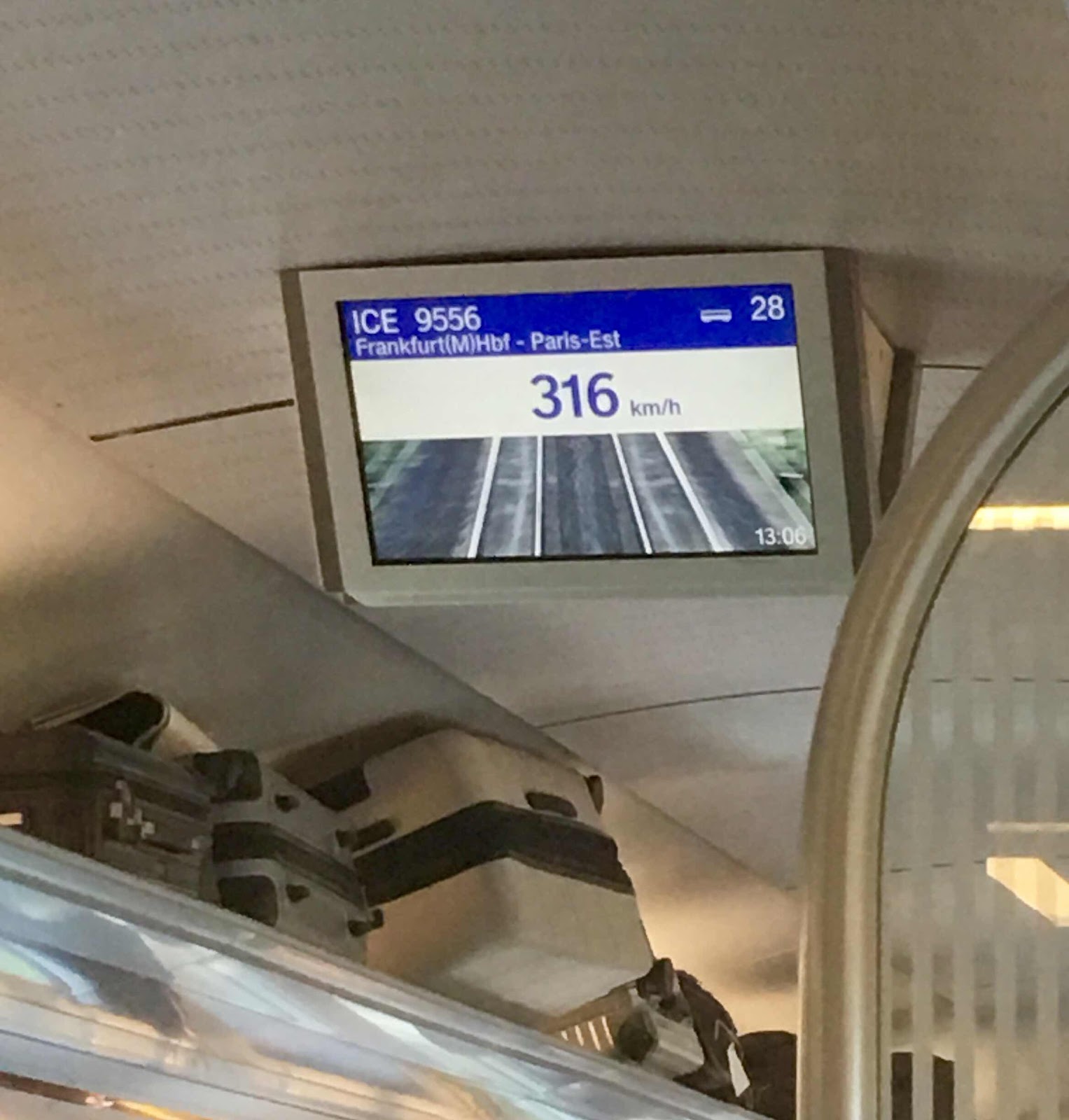