More than two months since our last trip (nearer to three) and we’re on our way to Durango to hunt mushrooms with Tom and Ellyn.
This was a last-minute award booking on American, using our Alaska points (air miles).
We’re flying out of SEA later this evening and overnighting at DFW before flying onward to DRO in the morning. We are checking some  Washington State wine, with a few California bottles added in, and carrying a sausage stuffer that we bought from our next-door neighbors in advance of the Village garage sale. Thanks Victor and Laurie!
As soon as Kathy discovered a sausage stuffer just like ours was available, she thought of Tom. He will be impressed by his sister’s thoughtfulness - some sisters would have brought cookies or a pie.
The TSA spent a lot of time peering at the X-Ray but surprisingly never made us open it. We’re fortunate that nobody has ever tried to commandeer a plane using a sausage stuffer.
We’re relaxing in a Priority Pass lounge way down at A Gates. It’s surprisingly pleasant and letting us ready ourselves for the four-hour flight  to Dallas and the Midnight Central Time arrival. 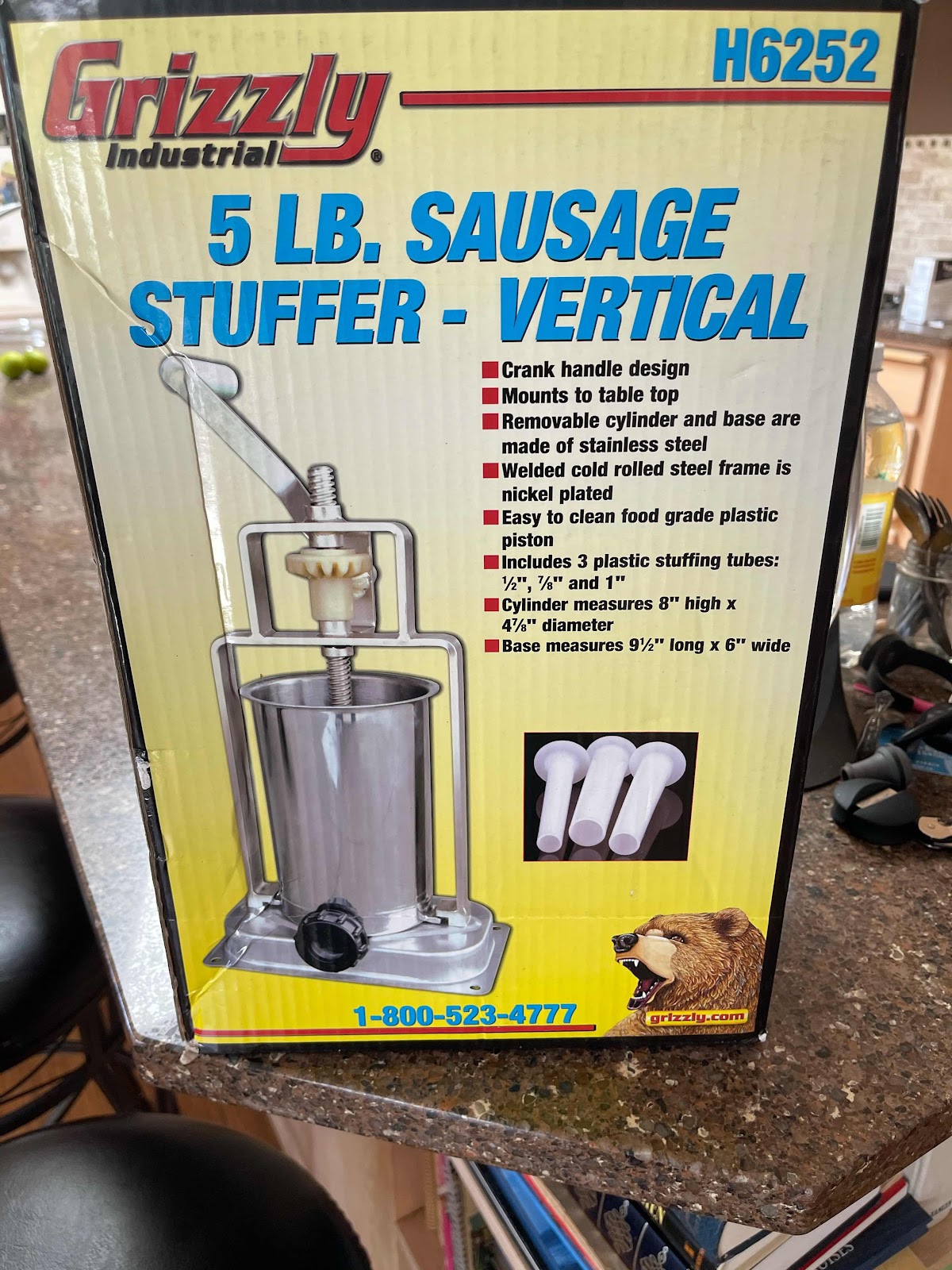