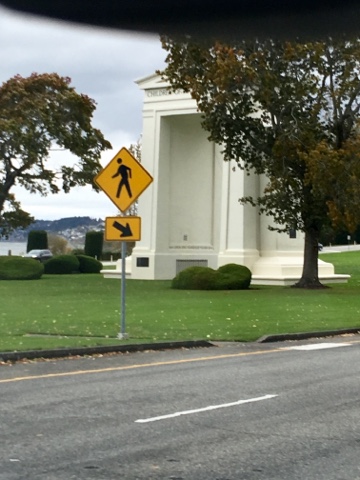 To celebrate the recent successful renewal of our NEXUS cards for another five years, and to avoid just moping around the house the anti-climactic morning after the Storm of the Century that never happened, we decided to cross the border at the Peace Arch for lunch in White Rock, less than 30 minutes from our house. 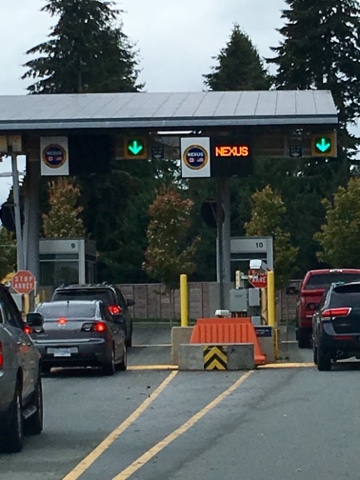 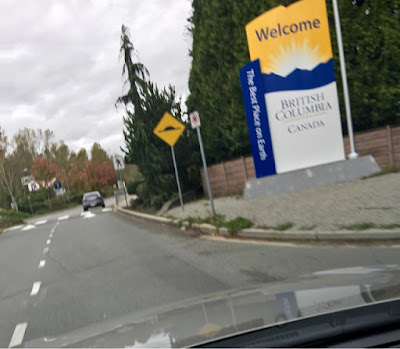 Despite the eccentric GPS on our new Subaru Outback taking us the long way around, we soon found ourselves parked near the White Rock Pier, and enjoyed a blustery stroll out to the end. 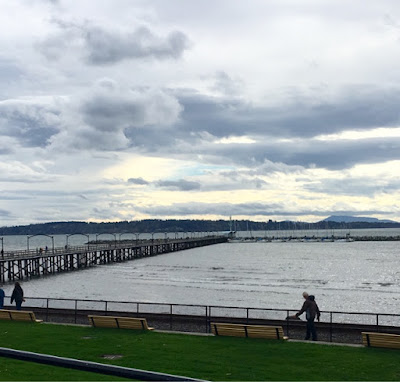 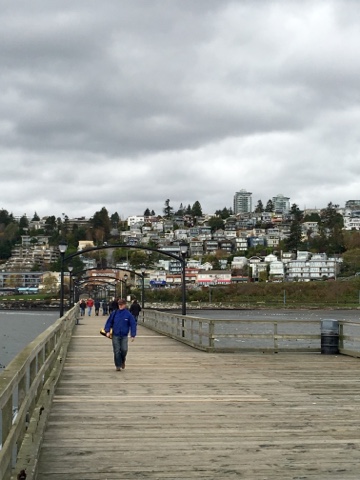 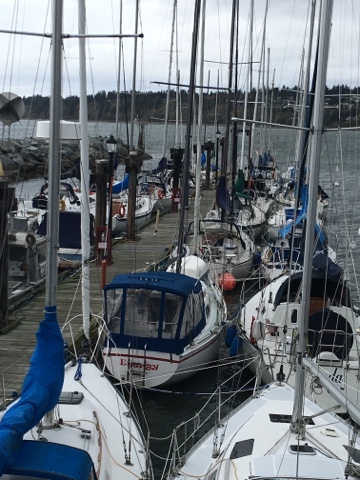 Brunch itself, at one of the best-rated restaurants in White Rock, was a disappointment. It's an honest and friendly establishment, but we both found our orders lacking. Once Brian got over his initial disappointment that the Corned Beef Hash (below) was like none other that he'd ever eaten (is it "deconstructed?"), he tried to enjoy it for what it was. What it was turned out to be salty, and the mildly sweet tomato-type sauce didn't work for him. 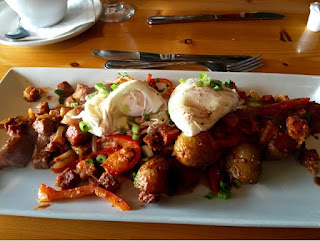 Kathy had anticipated with excitement her Bavarian Meat Loaf, a dish she's most commonly dined on in Lufthansa Airlines lounges. Sad to say, she was similarly disappointed.

Nonetheless, we enjoyed our little outing and it didn't break the bank.
Posted by Kathy and Brian at 2:42 PM