It’s virtually around the corner from our hotel, so we walked over to see it on this cold and rainy day.
It’s our first visit to the church in many decades. It was raised to basilica status by Poor John Paul II during his 1982 visit.
We caught most of a brief English language tour, and the guide explained it was an urban legend that Montreal’s Notre Dame was modeled on the one in Paris.  Its exterior was actually modeled after Westminster Abbey. That makes sense. 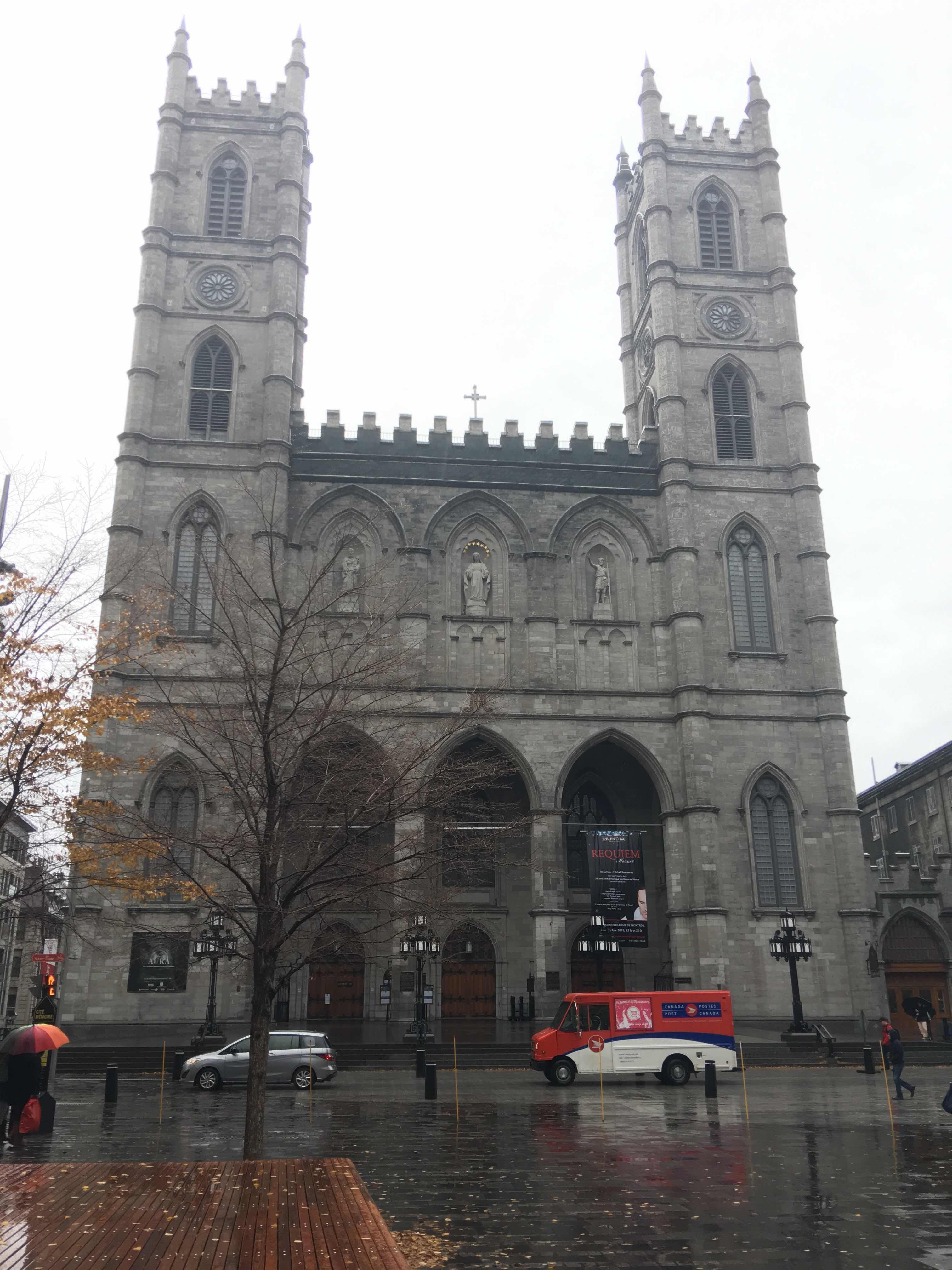 The interior is as impressive as we remembered. 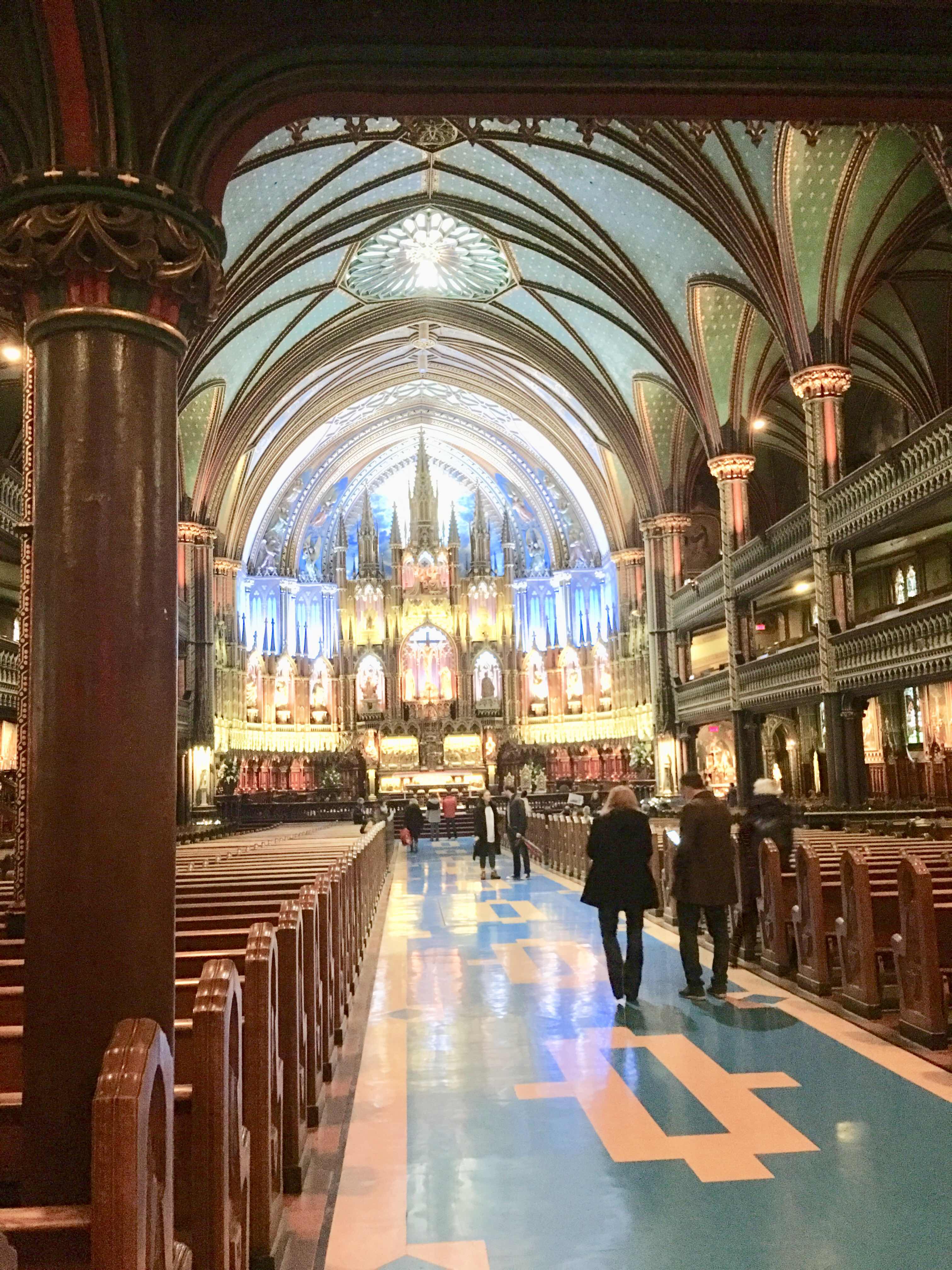 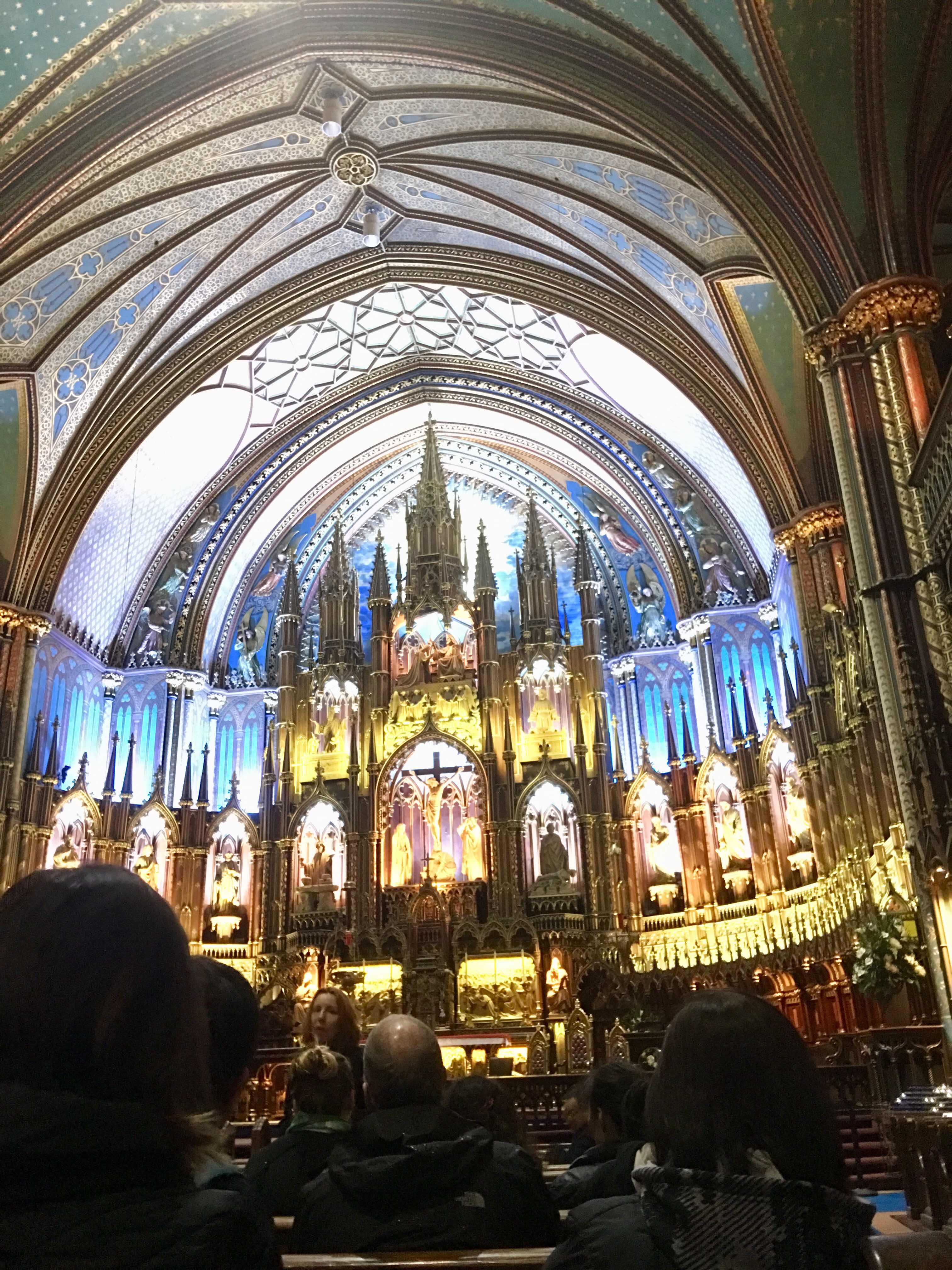