Our Alaska flight from Seattle to Fort Lauderdale in Premium Economy was fine.
Taking the TriRail train from there to Miami Airport proved to be challenging. We found the shuttle bus at the airport with only minor problems and managed to buy our bargain $5 tickets at rather stupid machines.
The train pulled in on the northbound tracks, so we trotted over with the rest of the throng and managed to board.
We then learned there had been an accident and that a bus would pick us up at the next station to shuttle us to a station past the accident.
After crossing over the tracks again on slow elevators, we were among the crowd that squeezed onto the bus that arrived 10 minutes later. Not everyone did. 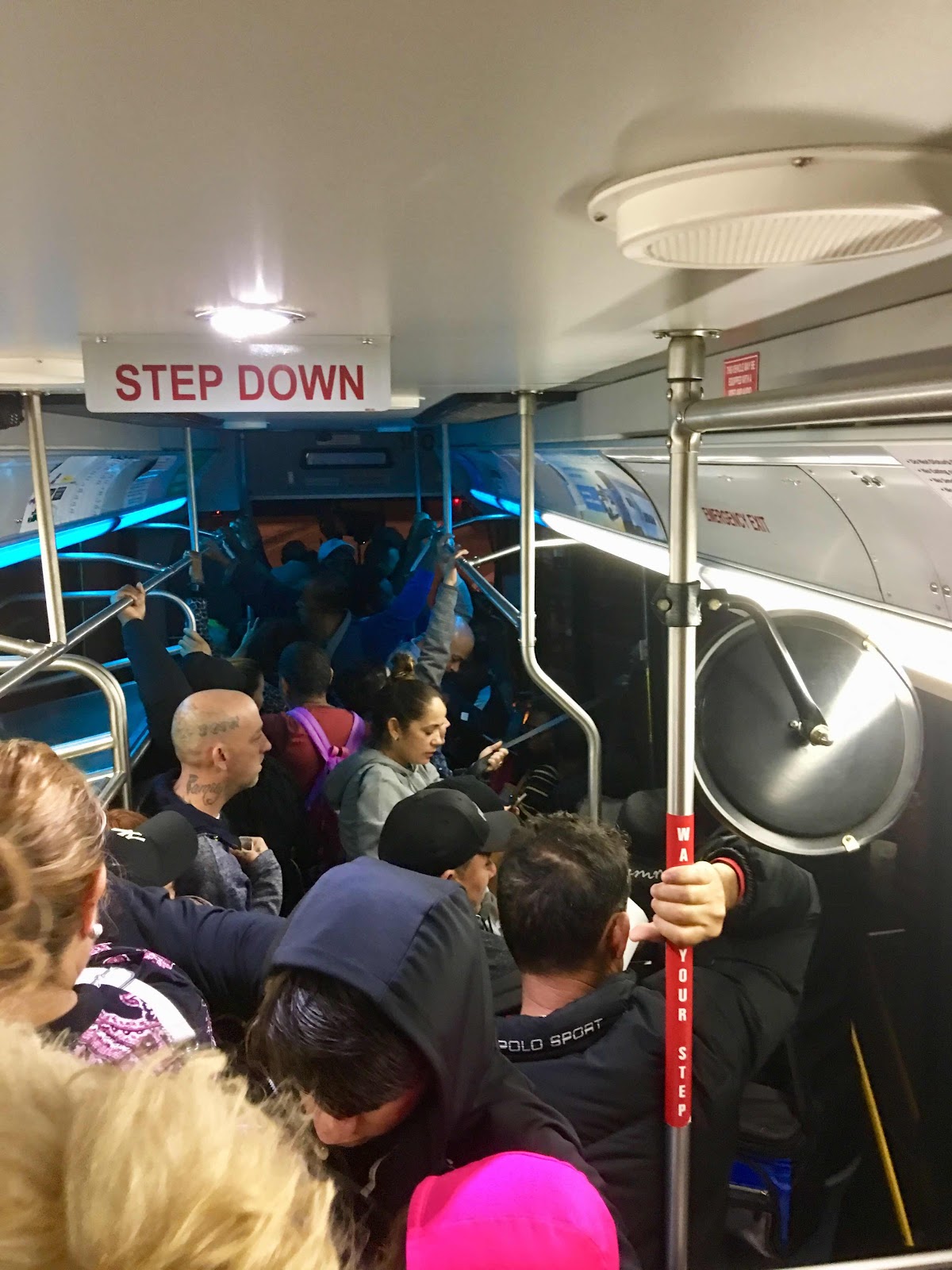 We arrived, a train came along a few minutes later, and we made it to MIA about an hour later than planned, fortunately not a problem for us, unlike the flight attendants and passengers scrambling off to catch their flights.
We caught the Crowne Plaza shuttle to the hotel, and learned our IHG credit card Platinum status has scored us a modest upgrade to a large room. The whole place is dated but nice, and the employees are friendly. 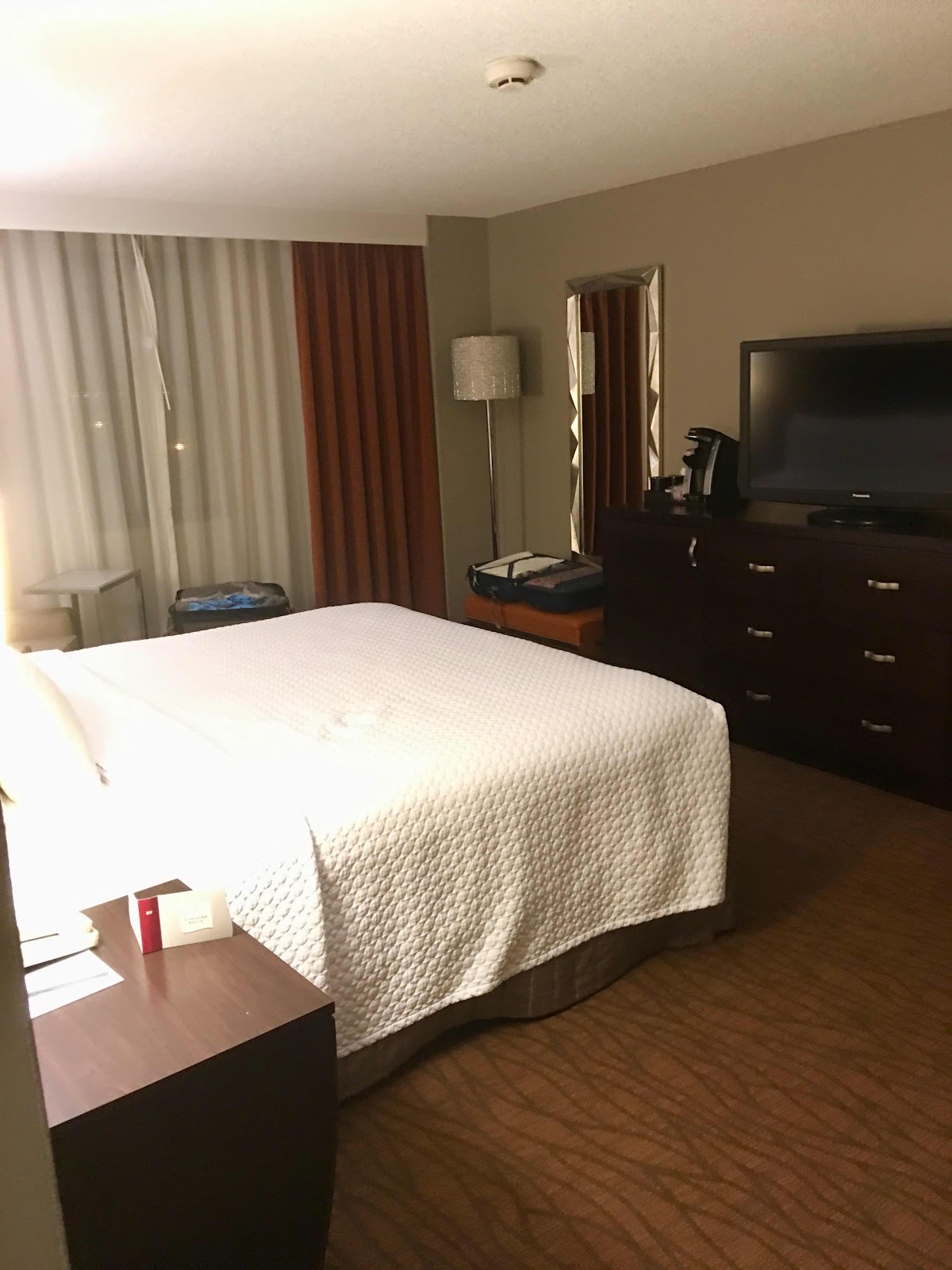 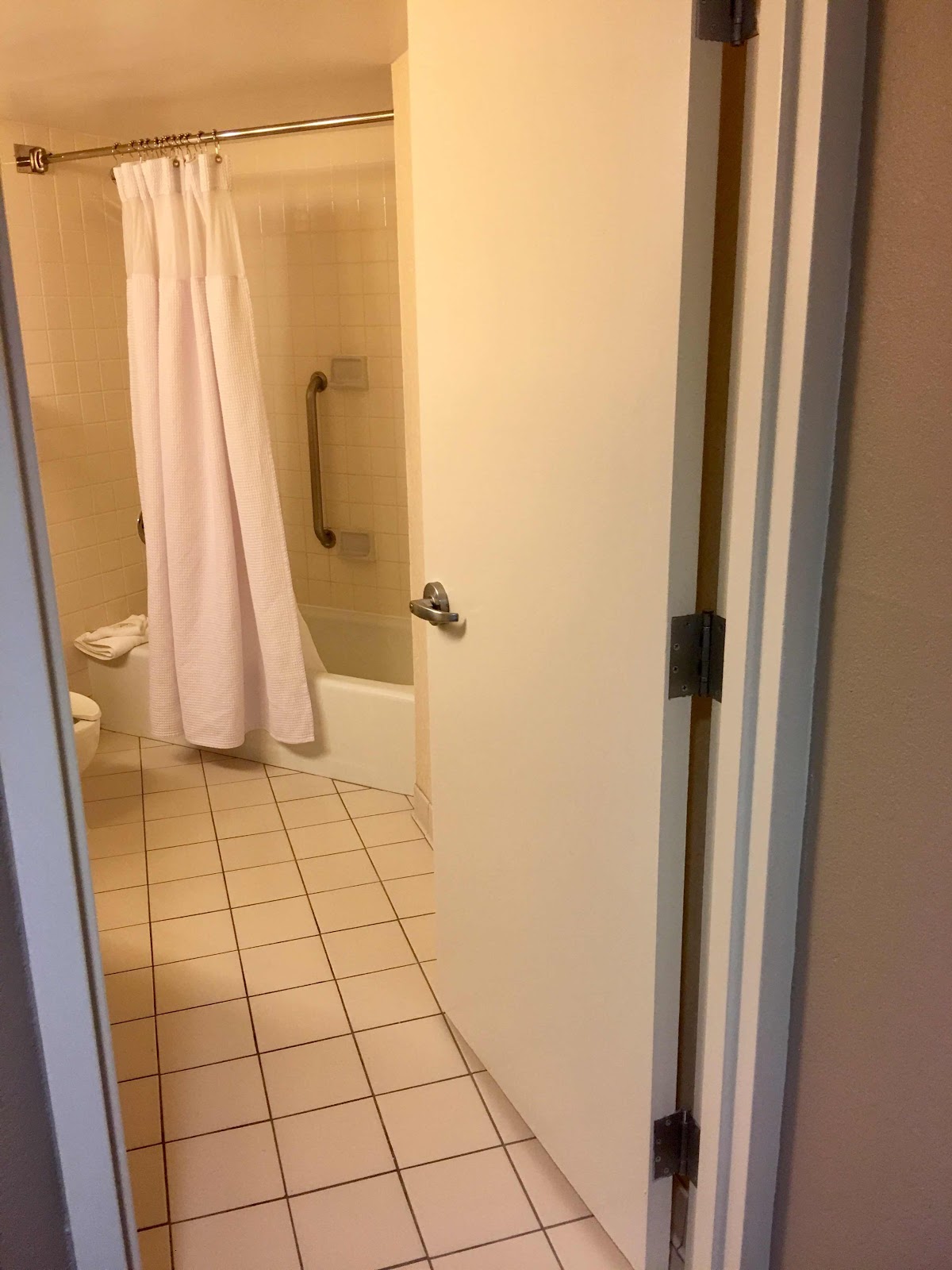 We slept well, making up a little for the previous night’s short slumber, and we plan to take an Uber to board Sirena shortly after noon, local time.
Posted by Kathy and Brian at 8:38 AM