We walked through a Concorde on display once. We can't even remember where but the cabin was surprisingly small. Of course, the flights didn't take that many hours, so there was no need for lie-flat seats, even though each seat was being sold for many thousands of dollars.

A couple of decades after the last Concorde flew, a company aptly named Boom Supersonic is planning a new supersonic airliner, and United Airlines and Japan Airlines have allegedly already ordered or pre-ordered them, according to this article. The company's website indicates that American Airlines has also just signed a deal with Boom to purchase "up to 20" with an additional option for 40 more.

It's supposed to be environmentally friendly, even while cutting international flight times nearly in half. That's quite a selling point. 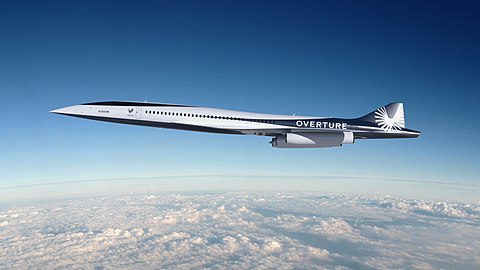 I’ve seen one on display at the flight museum in Seattle. Wish I could’ve experienced it as a passenger!

You may well get your chance with the Overture.