Today we took a bus over to Warsaw's Old Town, otherwise about a 40-minute walk from the Hilton on this quite chilly day. It was a special day to visit because there were various performances and displays going on to mark the 72nd anniversary of the Warsaw Ghetto Uprising.

A bit of history: The Warsaw Ghetto Uprising occurred in 1943. It was the the first urban uprising in German-occupied Europe. In 1942 nearly 300,000 Warsaw Jews were deported to their deaths in Treblinka. When the Germans began the final liquidation of the remaining 60,000 Jews on April 19, 1943, they were confronted by members of the Jewish Combat Orgnaization and the Jewish Military Union. These poorly armed fighters endured for three weeks until the Germans burned the ghetto to the ground and killed or captured every Jew they could find. The Germans blew up the Great Synagogue May 16, 1943, the date regarded as the symbolic end of the uprising. The Warsaw Ghetto no longer existed.

Today was a special day to visit. There were performances and ceremonies to mark the 72nd anniversary of the the Warsaw Ghetto Uprising. Two earnest young women approached us with paper daffodils, in memory of the last surviving commander of the Jewish forces, who himself laid daffodils at the Monument to the Ghetto Heroes every anniversary of the uprising until his death in 2009.

They presented us with the daffodils and a pamphlet and we spent a few minutes talking to them. Europe seems so very cultured and civilized. Today we were reminded yet again that the veneer of civilization can be very thin. 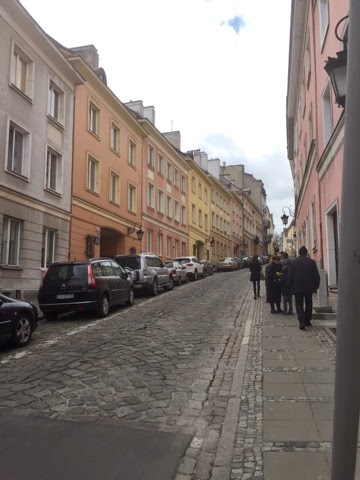 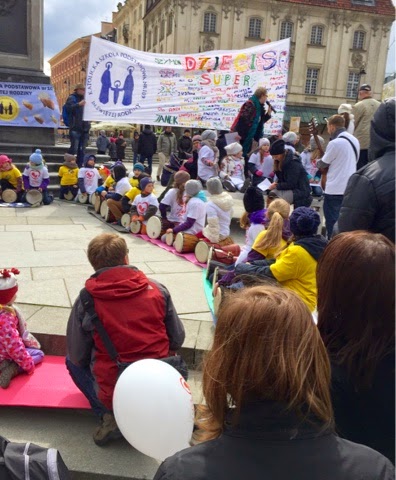 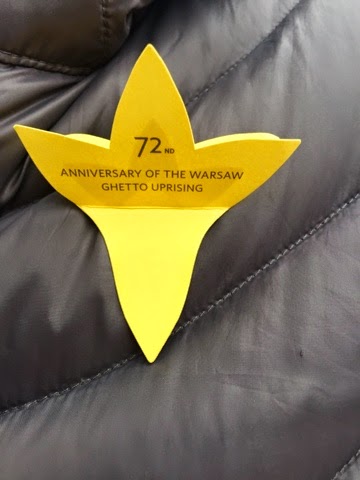 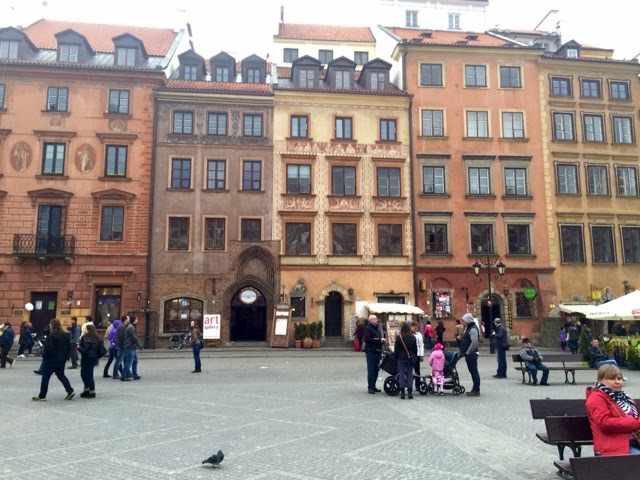