David Wei drove us over to Nanxun Ancient Town, about an hour's drive from Hangzhou. David suggested it as smaller and less known some of the other water towns.
It certainly wasn't crowded at all when we arrived - we pretty well had it to ourselves.
Every so often we see a sign in earnest but awkward English. 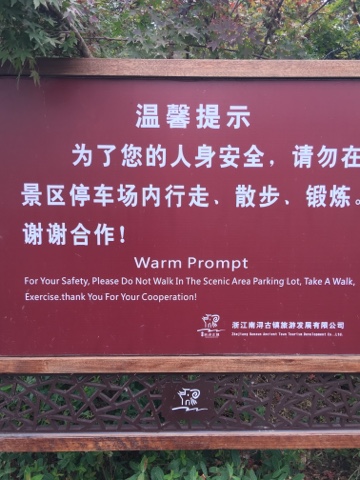 We also see that Santa visits China these days. 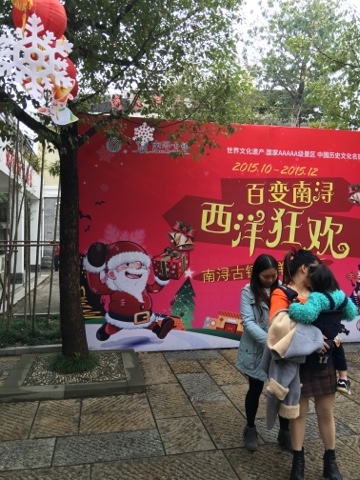 We entered just in time for a reenactment of a Chinese wedding ceremony on the canal - or maybe it was an engagement party - with a cute bride. 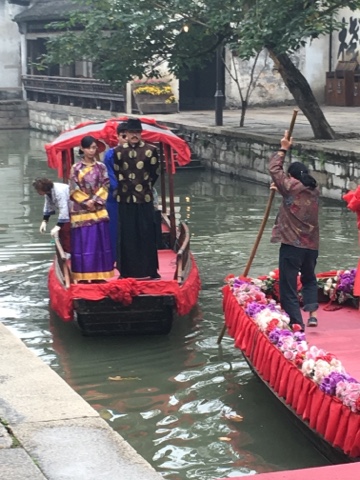 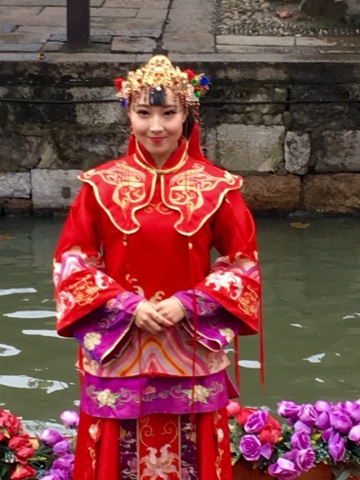 We then enjoyed our own little ride around the canal, the young woman captain pushing us along with strokes of the characteristic single oar at the stern. 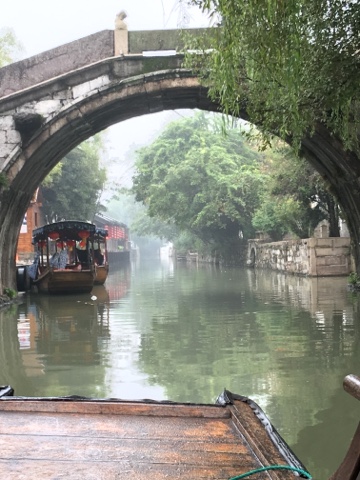 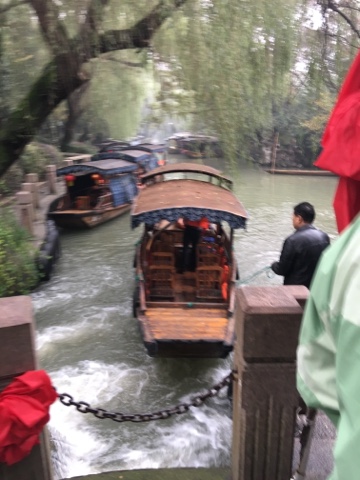 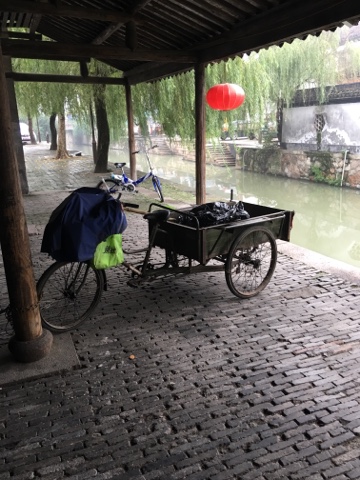 David found us this cute little hole-in-the-wall restaurant for lunch - total bill for the three of us was about US $4.70. 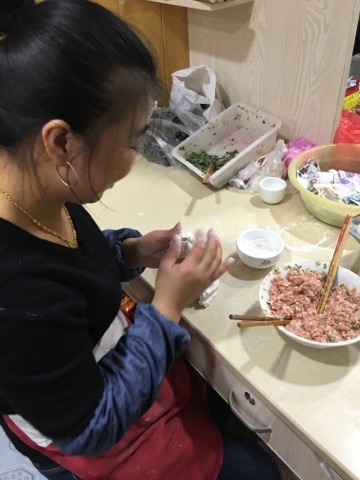 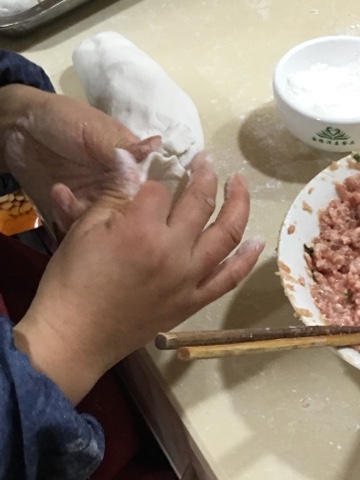 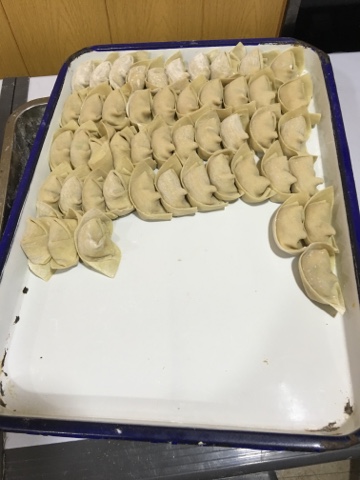 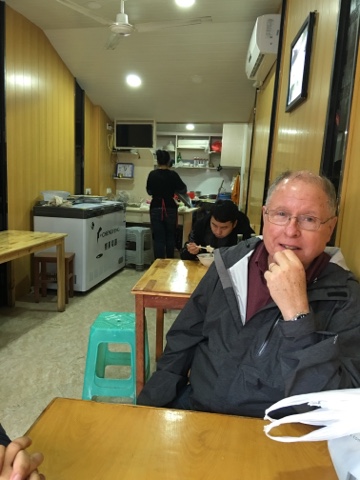 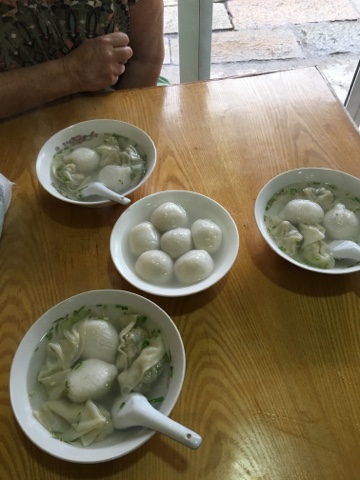 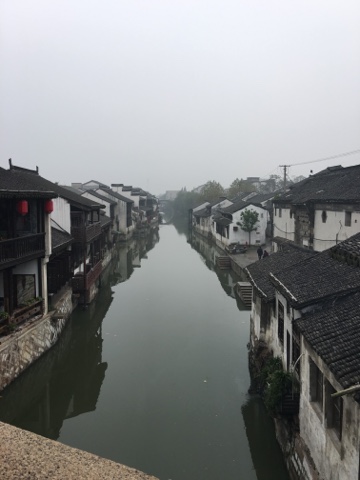 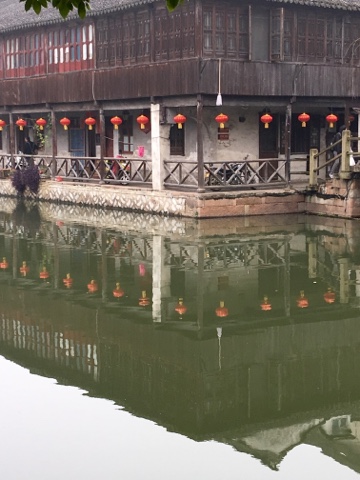 We dropped in on a local winery and distillery, where they age the rice wine in these barrels. 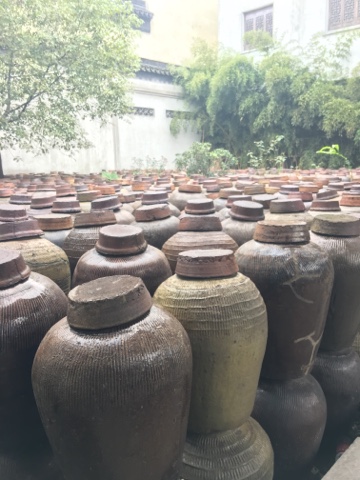 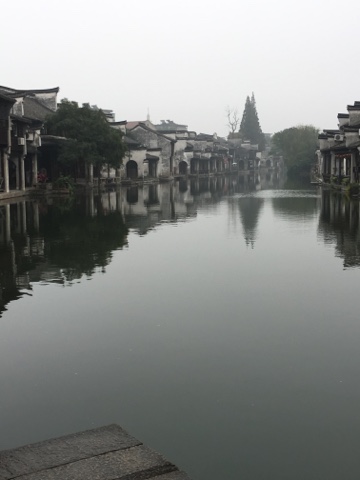 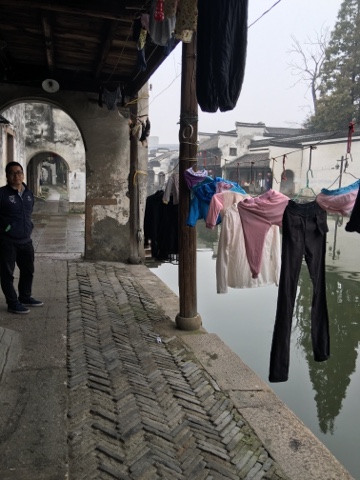 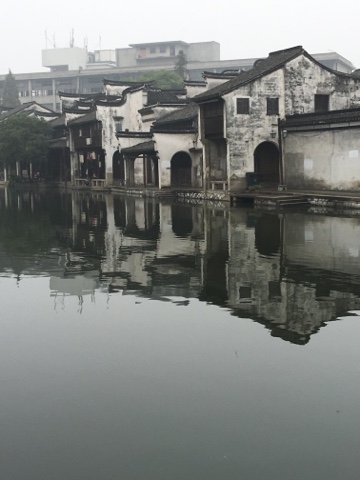 Another great day with David - too bad the Great Firewall of China blocks our little Google-based blog, so he'll never see it. Maybe someday... 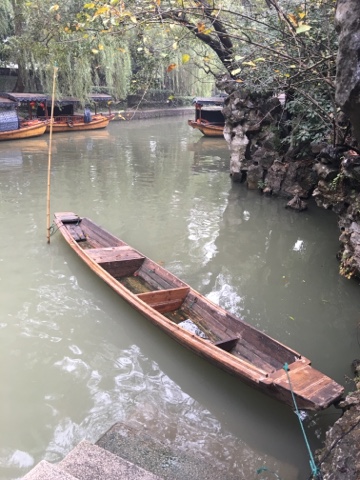