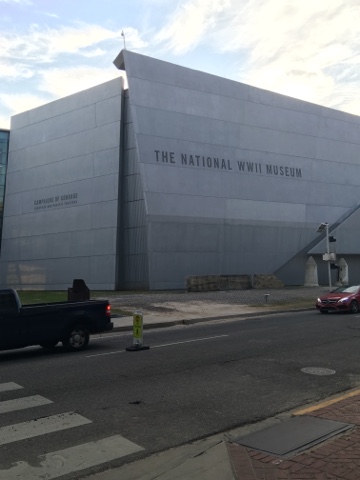 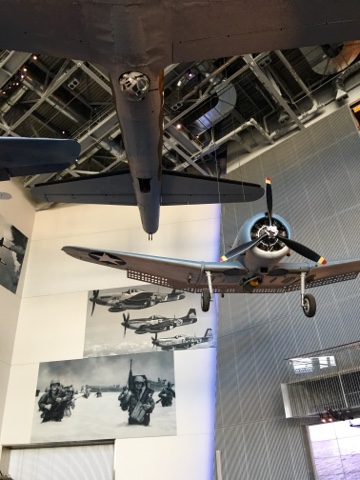 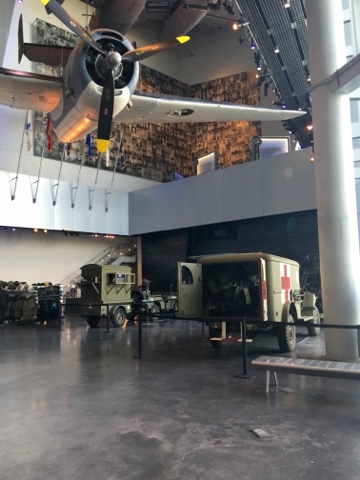 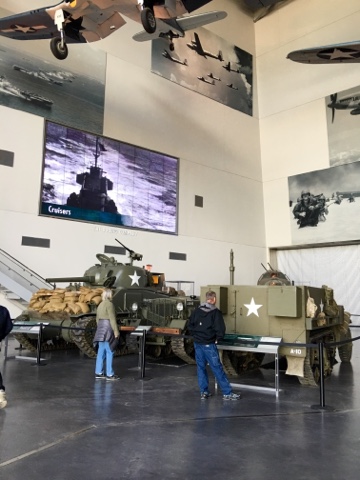 It's overwhelming, as amazing a museum as we've ever visited and well worth a day. It stretches through several large buildings.
It's interactive, gripping, educational, and "entertaining" in the best sense of the word.
We also paid for the movie, Beyond All Boundaries, narrated by Tom Hanks, and it provided another amazing experience that included Disneyesque effects in the purpose-built theater.
The submarine experience, Final Mission, was worth a stop, although not by any means the highlight.
We left with an even greater realization that an Allied victory was far from certain, even after the U.S. entered the war.
Why in New Orleans? Probably civic interest, spurred by the fact that the genius who invented and built the landing craft used on D-Day, Andrew Higgins,did so in New Orleans.
If you're in New Orleans, you should visit. In fact, it's worth a trip to experience.
Posted by Kathy and Brian at 6:16 AM