Miami: A Night at the (Florida Grand) Opera

We met Bob and Fran some number of years ago in Australia through Flyertalk.
Since then, we've gone on wine tours with them in Washington State and Alsace. Last Fall they stayed overnight with us on their way between Seattle and Vancouver, suggesting we would enjoy attending the opera Norma at the Florida Grand Opera in January. Did we ever!
We drove from their lovely waterfront home in Boca Raton the hour or so to the Adrienne Arscht Center, a rather magnificent facility.
Once we handed the rental car over to the valets, we enjoyed the convenience of dining on-site. The joint was busy, the seating was tight, the food was satisfactory, but the company was excellent. 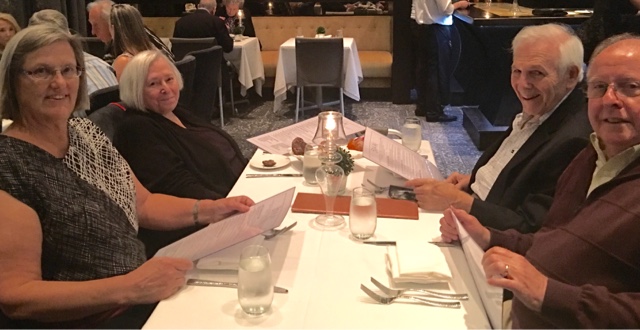 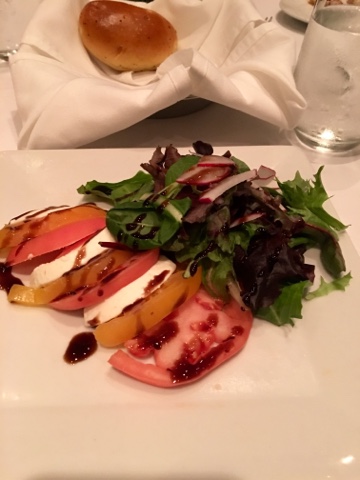 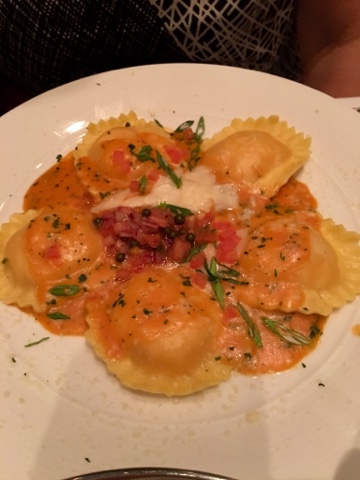 Chicken something or other... 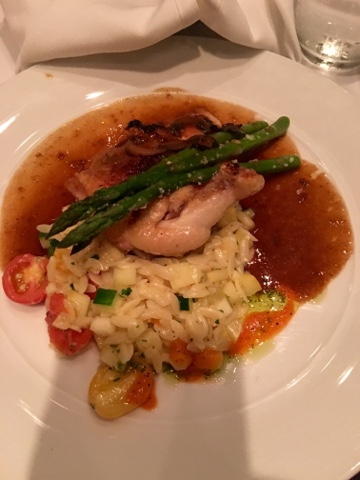 From there we entered the auditorium / theater itself. It's definitely impressive. Understandably, no photos are allowed during the actual performance, but we snapped a few beforehand, including one of a bass (contrabass?) trombonist warming up. It was easy as we literally had front-row seats.
As to the opera itself, it was wonderful. Like a Michelin three-star restaurant, it was worth a trip. The production, coupled with a lovely visit with Bob and Fran, add up to a 2016 travel highlight - and it's only January.
We caught part of the pre-opera talk, and stuck around after the performance for an interesting question-and-answer session with the conductor, three of the four lead singers, and a couple of the backstage big shots. 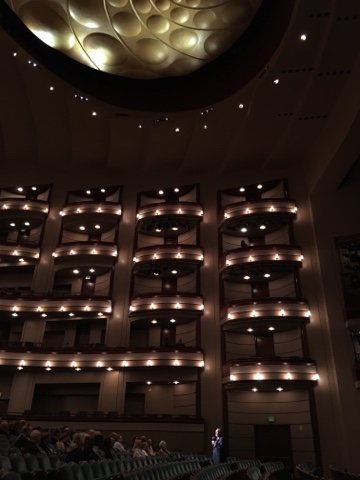 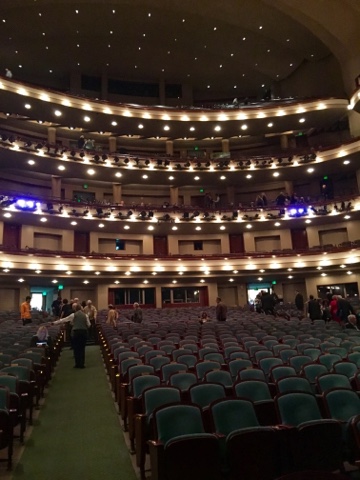 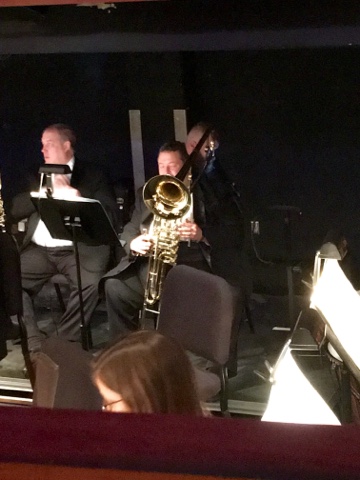 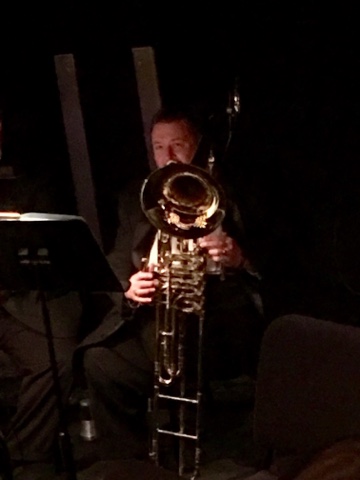 A superb experience!
Posted by Kathy and Brian at 12:40 PM