We managed a couple of cruises, and stops in nine or so countries during the past 12 months. We count ourselves very fortunate in more ways than one. We requalified for top tier status on Alaska Airlines, flying over a hundred thousand miles in total with paid and award flights on several carriers, and our planned transatlantic cruise on Oceania in March 2018 will be our 20th on that line, with the result that our 21st cruise on O will be free.

We loved our tour of Kerala, India. It was even sweeter because we'd approached our second trip to India with some trepidation after a rewarding but exhausting first trip a few years ago.

We managed two trips to Australia in 2017. The first was our annual trip to the FlyerTalk Oz Fest in May. We subsequently grabbed a "mistake fare" released by All Nippon Airways, and in November flew back in business class for quick but thoroughly fun visit with Aussie friends Bill and Sue while earning a chunk of miles. Full credit to ANA for deciding to honor those fares.

Yes, we have a few trips already planned for 2018, but we have to take a moment to reminisce about this past year...

Malta via Munich (Flyertalk friend Greg was also coincidentally at the Malta Hilton!)

A quick visit in Florida with Kathy's brother Tom

A week in Lucca, Italy

Vienna is always a treat

Japan for a few days

San Francisco with Lily and Peyton

With Bill and Sue in Oz

The Big Island of Hawaii - former student Karissa was also staying coincidentally
at the same time, and we spent a day with her, our second "Small World" experience
in 2017! 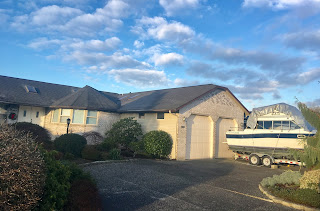