The first part of our visit to the Chengdu Research Base of Giant Panda Breeding provided true pandemonium of a sort. Brian realized before too long that the taxi driver who picked us up at 7:30 a.m. was dozing off at the wheel, probably after a long overnight shift. 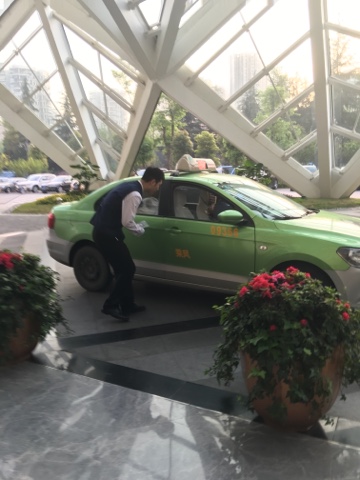 We made it to the panda preserve, but only after a number of close calls that included banging into a short wall at the side of the road. We made loud noises along the way to keep the driver awake. We're adding that to our list of scariest taxi rides worldwide.
The Chengdu Research Base of Giant Panda Breeding is basically a sort of zoo with beautiful landscaping. If you arrive by 8:00 a.m. and leave by 10:00 a.m., as we did, you will see the streams of people arriving and feel it was worth getting there early when the pandas (both the Great Pandas and the distantly related Red Pandas) are eating and moving about and the place itself is relatively quiet.
We bought 10 yuan tickets ($1.50) to read the carts to the top of the hill. 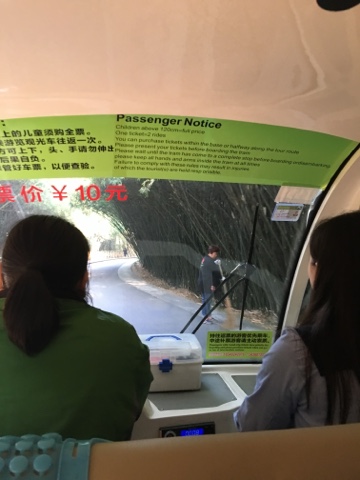 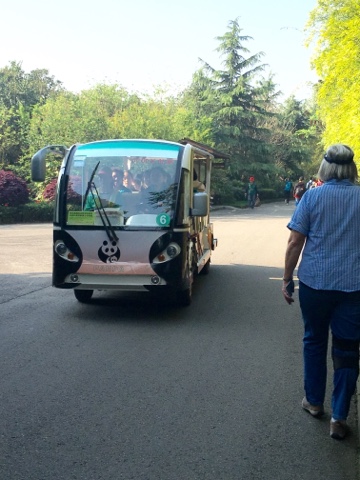 From there it was pandas - not all that many but enough to make the visit worthwhile. Their paws include a thumb-like digit that enables them to hold the bamboo shoot as they eat it. 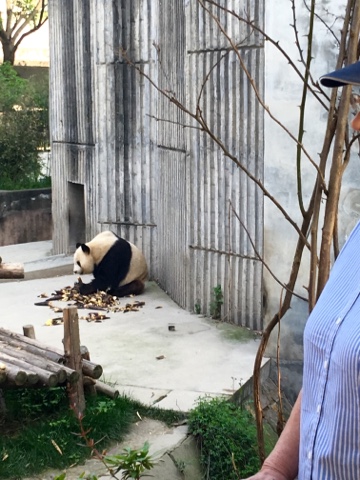 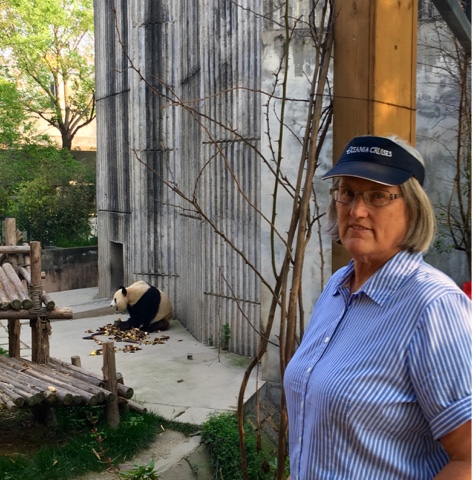 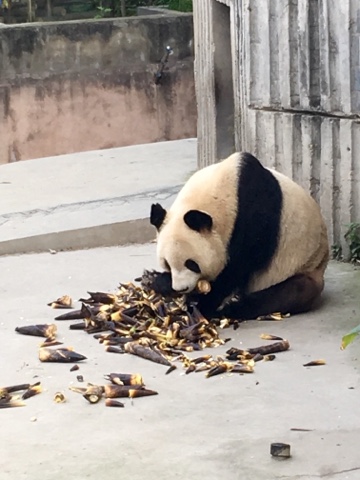 Apparently they're a distant member of the bear family after all, but they're still called pandas, not "panda bears."
Some are inside. 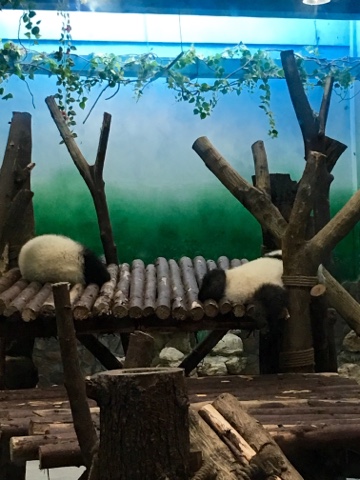 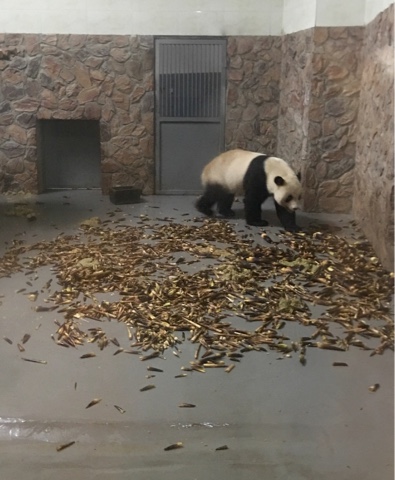 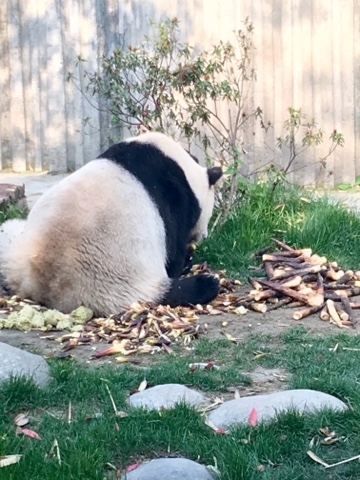 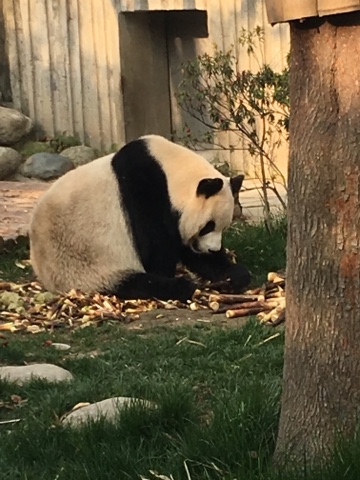 Photography is okay but don't "flash" them. We most certainly won't. 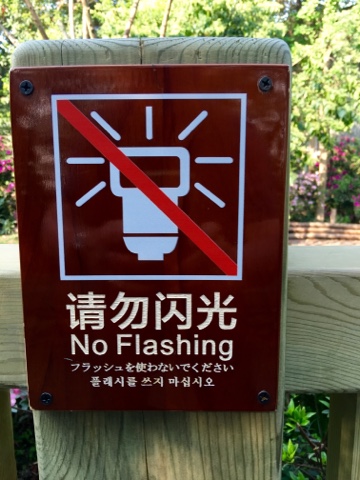 The landscaping is lush, and features a lot of bamboo. 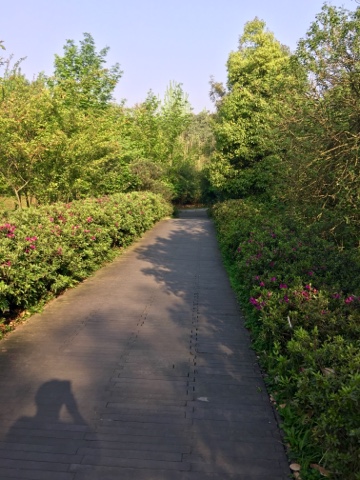 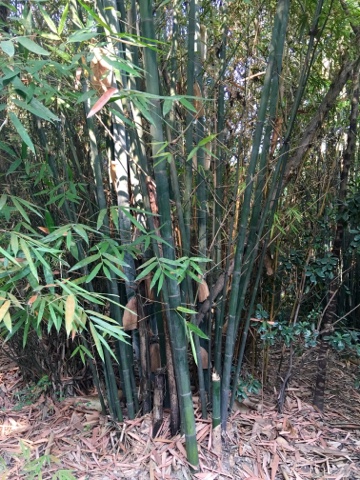 At one locale we learned that pandas can climb high, and that they're comfortable sitting in trees. 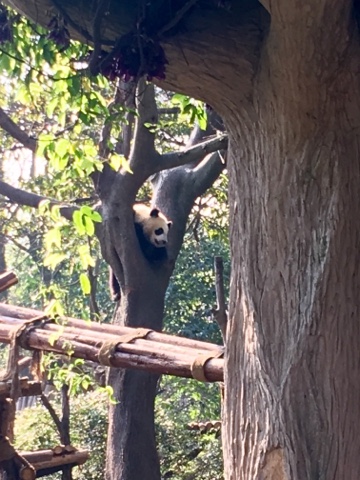 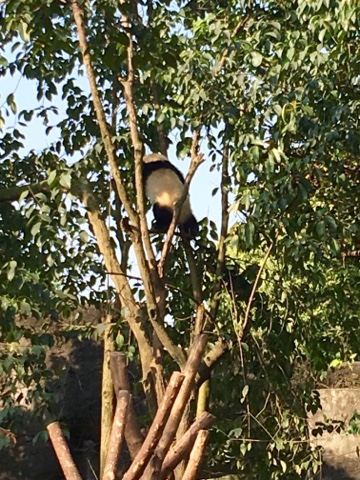 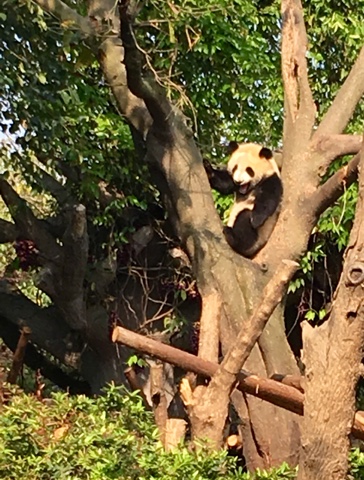 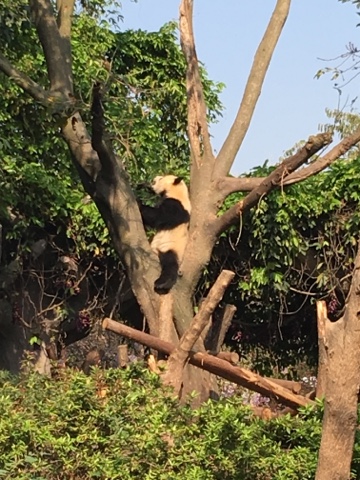 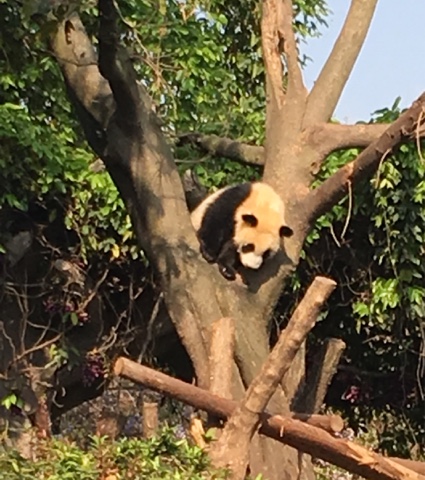 The red panda, also known as the lesser panda (a sad name to take through life) is  only distantly related to the great panda, and a member of the same family as the raccoon and weasel. They're cute too, but a lot smaller. 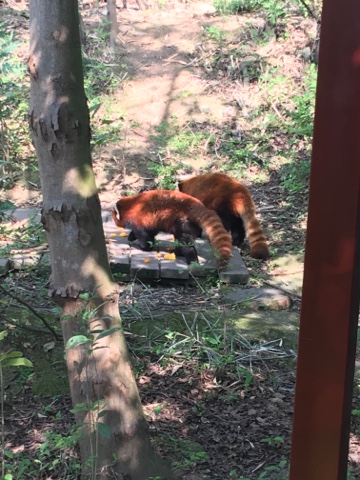 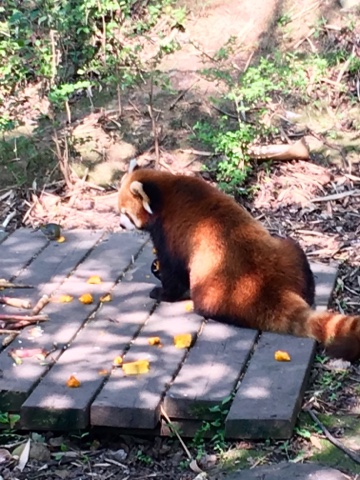 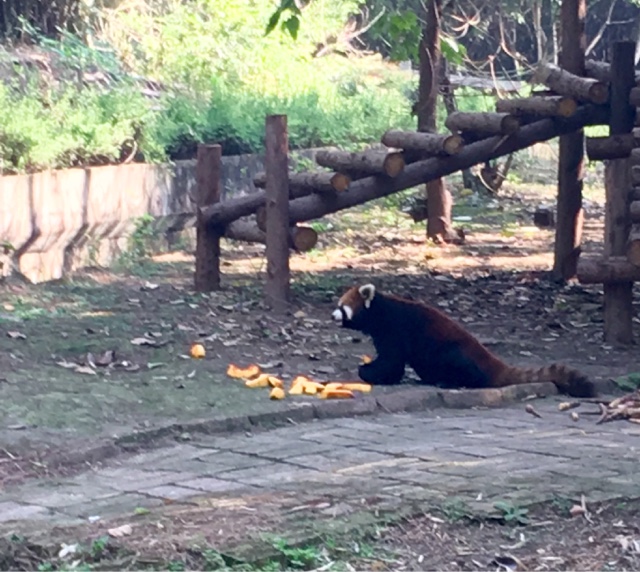 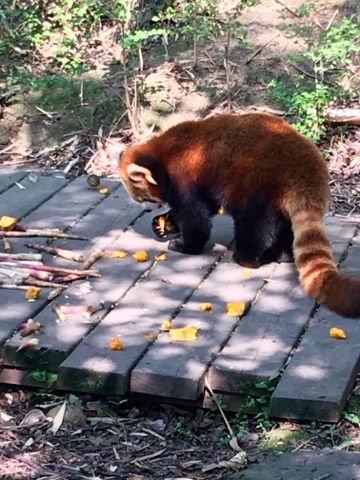 A most enjoyable outing, once we'd managed to arrive in one piece. We hopped on a cart to ride the rest of the way back down the hill to the entrance.
We chose a wide-awake taxi driver with back seat seatbelts (Kathy made the scary trip unbelted) and returned to the Hilton safely and, dare we say it, smoothly.
We happen to have taken a photo (top) that includes the taxi's number, and the Hilton Lounge manager promised to report the driver to his company. He deserves a warning, one that might keep him and future passengers alive.
Posted by Kathy and Brian at 1:00 AM