Our next eatery somewhat resembles a North American Chinese restaurant, both with its circular table and Lazy Susan (Ling loves that name and wonders who this lazy Susan was), and the food itself.
Strange as it seems, it was the only place we were served rice. 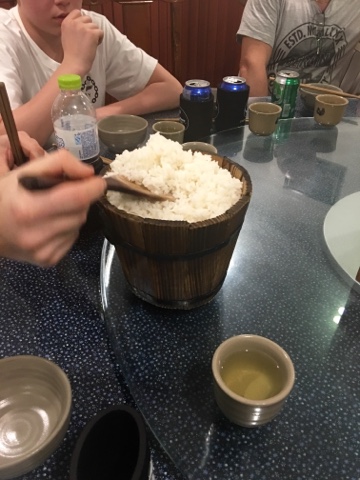 We also enjoyed Kung Pao Chicken, which Ling told us was named after a real general. She's visited the U.S. and laughs at our "Chinese" food, including General Tso's Chicken, which some say was invented in New York.
She also laughed about a Chinese dish in  Wisconsin with cheese in it. We explained Wisconsin Cheeseheads to her, but didn't bring up Crab Rangoon, let alone Chop Suey.
We told her this food tasted quite a bit like Vancouver and San Francisco Chinese food, and that we meant it as a compliment. She was polite but dubious. 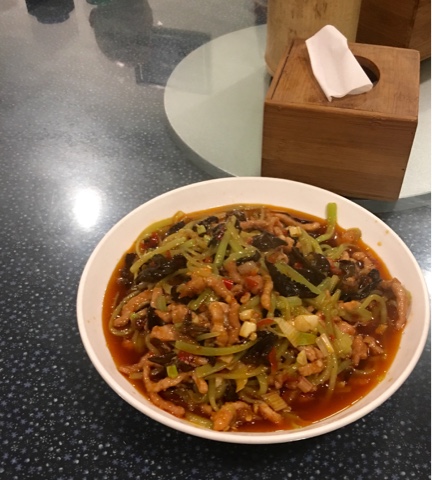 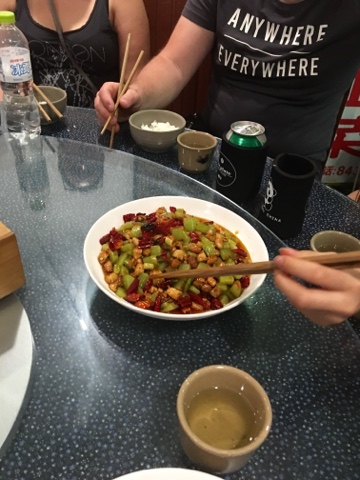 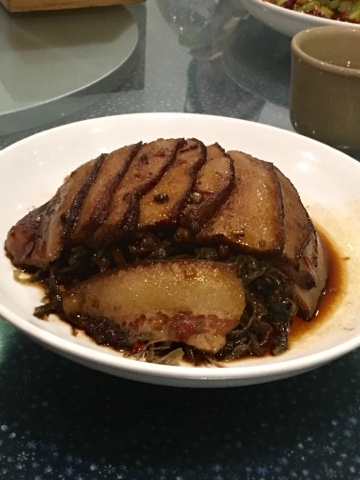 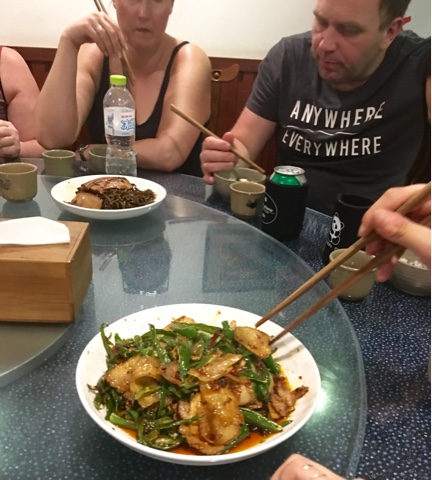 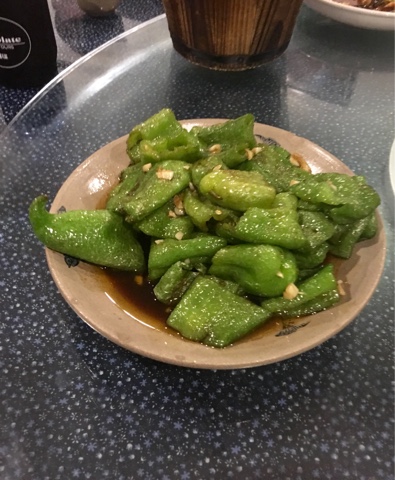 At this point we were getting full. We departed with a lot of good food left on the table. How sad is that?
Posted by Kathy and Brian at 12:37 AM