The flight was delayed by a half hour or so but the humorous remarks of the First Officer (copilot) made up for it.
He announced that he was the one piloting today and would try to make up for lost time as he knew which "go-faster buttons" to push up front.
Toward the end of the flight he said we would still be a little late but that he had "pulled mediocrity from the jaws of defeat."
Funny guy- another fine BA crew. 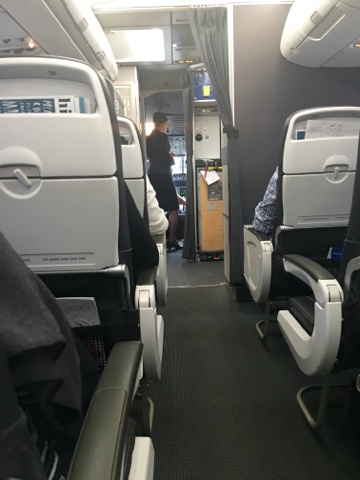 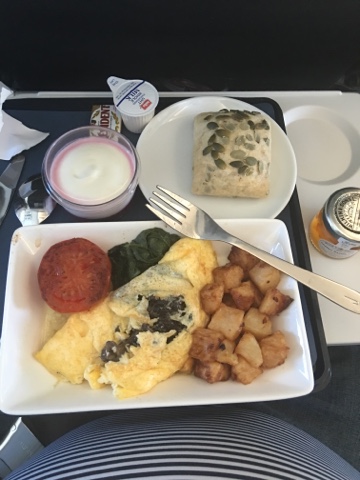 Landing in Venice for the second time this trip. 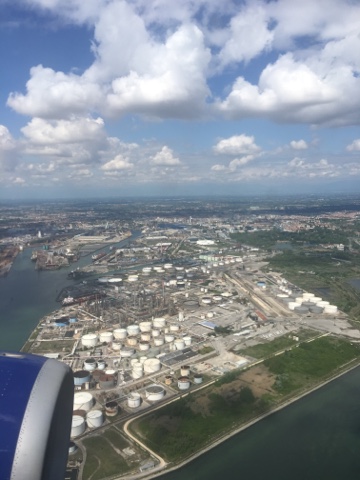