VIPs on Our Flight 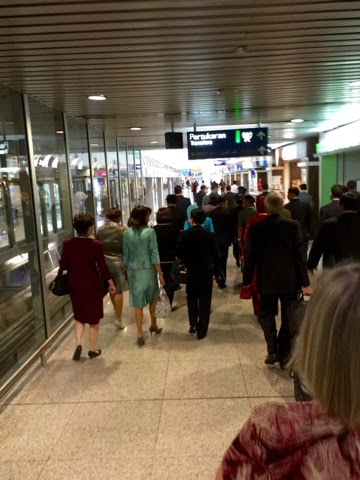 Sitting in an uncrowded Business Class cabin, we were among the first off the plane after landing at KUL.
We were momentarily held up as a group of people, some in military uniforms and others all dressed up, greeted the folks sitting one row ahead of us.
As flashbulbs popped we had to work hard not to join the entourage, following them right into the airport train.
Who are they? We'll probably never know.
Posted by Kathy and Brian at 11:05 PM


A wise traveler never despises his own country.
Carlo Goldoni