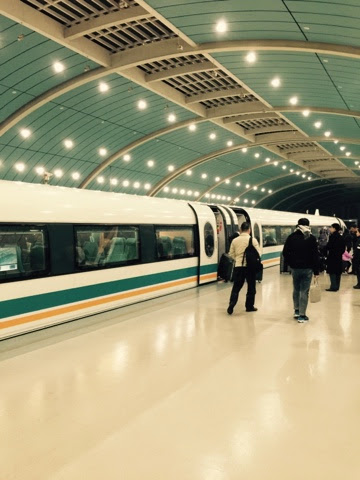 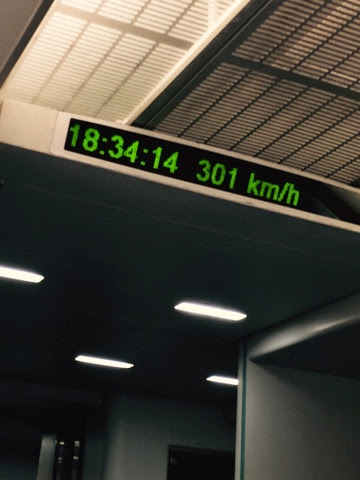 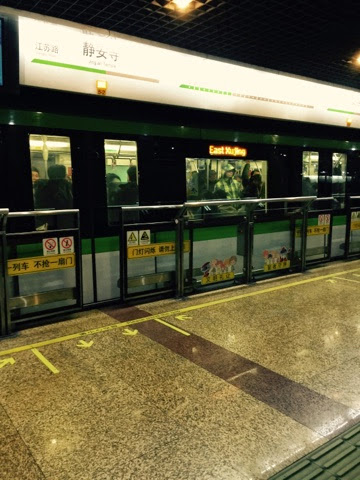 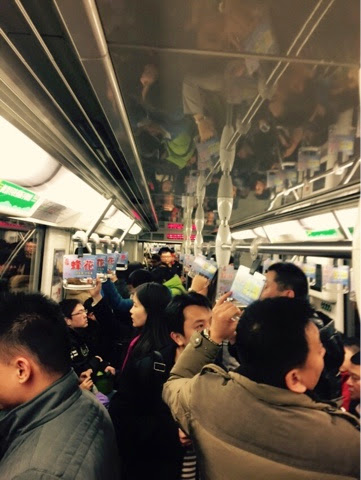 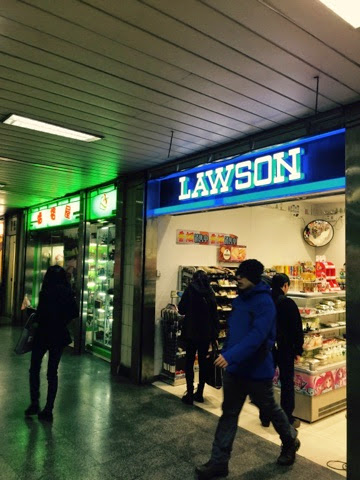 We enjoyed Air Canada 25 from Vancouver to Shanghai, despite a 40-minute delay when it appeared to the plane taxiing out behind that a brake was locking up one of the wheels. The video entertainment system wasn't working either and the crew handed out printed forms with instructions of getting some compensation.
The service aboard was excellent, the food was decent, and we both managed several hours of sleep.
The 787 Dreamliner impressed us again. There were a couple of little anomalies we noticed. First, there are air vents over the aisle seats but not over the middle seats, making it a stuffy flight for Brian. Another time we'd both choose window seats, even though couples sitting next to each other in middle seats would have a fair amount would be able to talk across the barrier. We'd rather be a little less warm and continue the conversation later.
The storage bins (none over the middle section) are large enough that we were able to place our small roll-aboards up on their sides, something we've never before done on a plane, and fit everything into one bin.
We arrived in Shanghai about 90 minutes late, which wasn't really an issue for us. We only had a short wait in Immigration, withdrew a little cash from an ATM, and worked our way past the touts trying to get us to take taxis.
We found the MAGLEV train without problem, and enjoyed our six-minute ride to the first stop. We hit 300 kilometers per hour, but the people across the aisle from us said the last time the train had achieved well over 400 KPH.
After a bit of confusion, we found Subway 2, and rode a train that was quite crowded through to our ninth stop. We emerged into rain and walked a couple of blocks without any indication we were heading toward the Hilton. At that point we were ready to get a cab but suddenly spotted the Hilton a couple of blocks away. Before long we were seated in the Executive Lounge checking in, and we're ready to face the day the following morning after a pretty good night's sleep.
Posted by Kathy and Brian at 2:36 PM