Don't get us wrong - we still like the Hilton Molino Stucky. More important, we think it's a great place to bring a granddaughter. Still, we have a few reservations.
And yes, we made two separate reservations, adding a night when the price dropped. When we checked in last night, the friendly young desk clerk revealed that our first room wasn't that great but that we might be able to switch rooms for the remaining nights.
She was right. The room is on floor "M" in a secondary part of the hotel, it was small, and the view was limited. It also smelled vaguely of mildew and the air conditioning was weak.
We let them know we would indeed like to switch, and our wish was granted today while we were out.
The second room does face on the lagoon, but it's not much bigger than the first room. The bathroom does have a separate tub and shower. We told them in advance we were bringing a special granddaughter on a special trip, but apparently this was the best they can do.
The buffet breakfast is still quite good, but not great, and the lounge offerings tonight look much better than they did last night, when we arrived 15 minutes before the end of Happy Hour and the food had obviously already been devoured.
The other issue is the water taxi. We'd hate to be as stuck as eight(!) people were today at the Zattere pickup stop, and we've read the experience isn't that uncommon. All in all, comparing this five-star property with our previous two nights at the wonderful Best Western Canada in Rome, a three-star, reminds us anew that there are a lot of properties from which to choose in the world.
We sense that business is good and maybe the hotel is resting on its laurels. We did not book the cheapest rate, but last night we suspect we got the cheapest room. Tonight and tomorrow we're getting exactly what we paid for. Upgrade for a returning Diamond? Fuggetabout it!
No, we still think this property is okay, but we're  no longer in love with it. 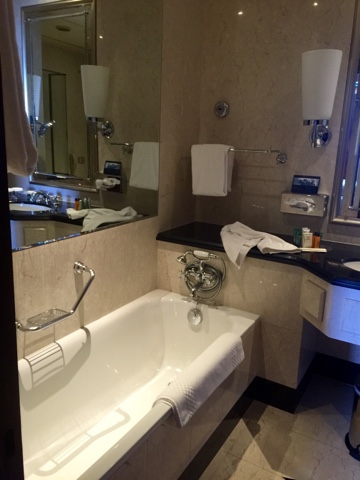 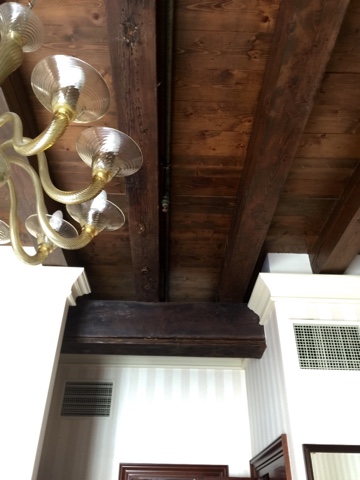