Our second flight today was smoother than than the first, which was actually quite bumpy most of the way. Our status with Alaska allowed us to sit in exit rows on both flights, and it turned out the middle seats remained vacant, probably since it costs most people extra money to book and this was largely a tourist crowd. On the second flight we booked two aisle seats right across from each other, a nice arrangement that we've enjoyed before.

At Dallas we ran into two cruise mates with whom we've now sailed on two Oceania voyages. Vince and Vern started out from Miami yesterday but a mechanical problem and rolling delays resulted in American paying for their accommodations and food last night and this morning. It turned out we were on the same flight to Vancouver and even ended up at the baggage carousel together in YVR.

Maybe we'll end up on another Oceania cruise with them - it's a very addictive cruise line.

We landed in Vancouver a bit ahead of schedule. NEXUS was quick and easy, and once we'd collected the single box that we checked and made our way through one of the largest crowds awaiting international arrivals that we've ever seen at YVR, we caught a Park'N Fly shuttle, picked up our car, and drove south. The NEXUS line at the Peace Arch crossing didn't keep us waiting more than five minutes and we were back home probably within 90 minutes of our arrival, not bad on one of the busier travel days of the year.

On our way rushing from the plane to Immigration at YVR we snapped a couple of photos. We always feel guilty speeding by these beautiful sights so we'll take some time to enjoy them here. It's a beautiful airport and the art reinforces that we're back in a very special part of the world. 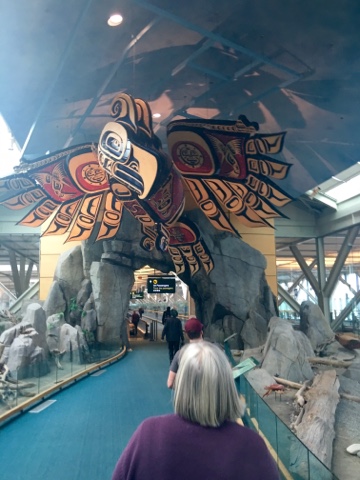 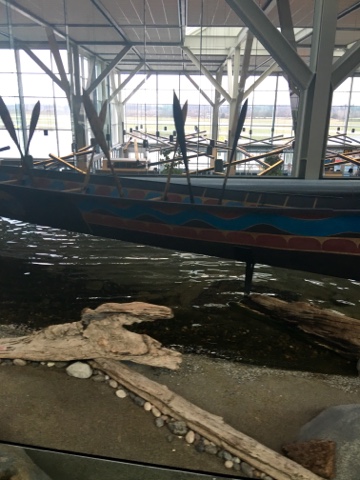 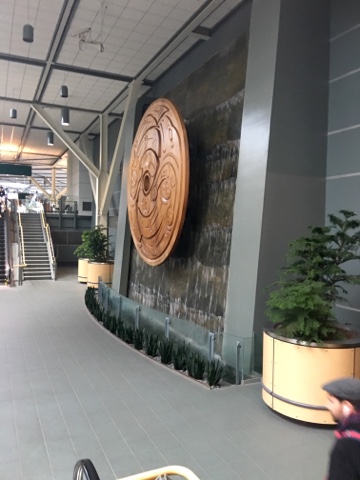