We awoke early, no thanks to the Sheraton Miami Airport's wakeup call, which never came.
As a matter of fact, the phone in our room wouldn't let us reach the front desk, and nobody answered when we called on our cell phone.
The bus, surprisingly full, made its first stop at American's large checkin area. One family got off and had to reboard, as the driver hadn't bothered to announce the airline.
We checked in when the priority line opened at some point after 3:45. We had to check a box and learned that, while Alaska's top tier gives you some nice little perks on AA, they don't include a priority tag for checked luggage.
The nearby TSA PreCheck is open 24 hours - Yay! - and we breezed through it.
An odd little screwup occurred during boarding: The First Class cabin had already boarded and we were next in line but they got kicked off the plane. Why?
One flight attendant hadn't yet appeared and the gate agents had apparently first been told they could board passengers, before being told they couldn't.
Pleasingly, in light of the several glitches we encountered,the flight still left on time, amd our 85-minute layover in Dallas-Fort Worth should suffice.
Here's how Miami looked about 6:00 a.m. As we climbed out. 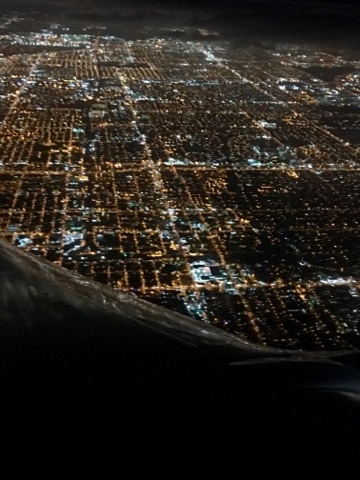 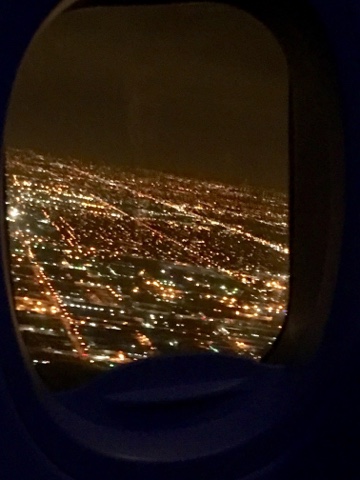