We were in the last row of First on a surprisingly empty plane.
The first 40 minutes of the flight were quite bumpy, ranging up to occasional moderate chop, as pilots describe it.
Our friendly crew then hustled out tasty knife-and-fork breakfast sandwiches.
We landed way early at LAX and were punished with a long wait before we finally arrived at our gate about five minutes before schedule.
We used a couple of our passes to enter the Akaska Boardroom lounge, where we are enjoying the famous pancakes and saviring the memory of - sigh - our only flight in First of our four legs to and from Miami.
With a three-hour layover, we have a lot of time to relax before walking through tunnels from Terminal 6 to 4 and our AA flight to Miami (exit row on an international 777).
When you depart at 6:00 a.m. on a rainy December day in Vancouver, it's kinda dark. 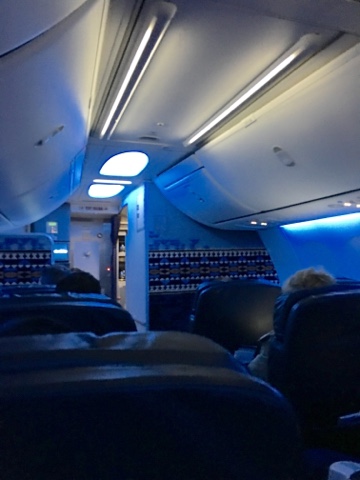 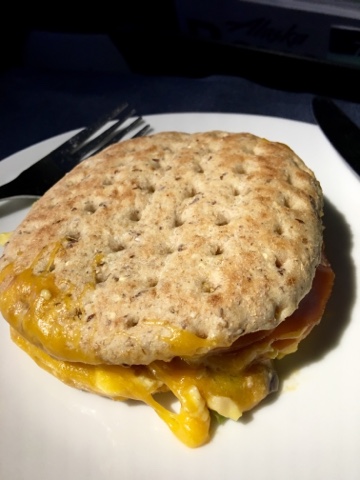 A glimpse of the famous HOLLYWOOD sign on approach. 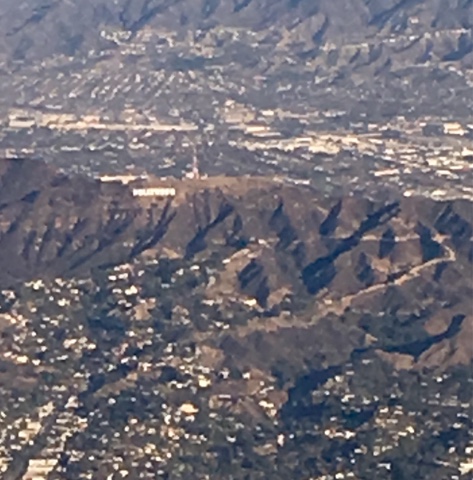 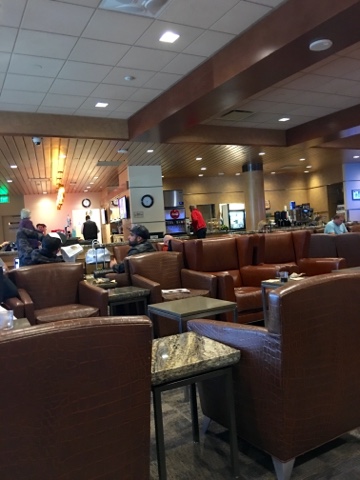 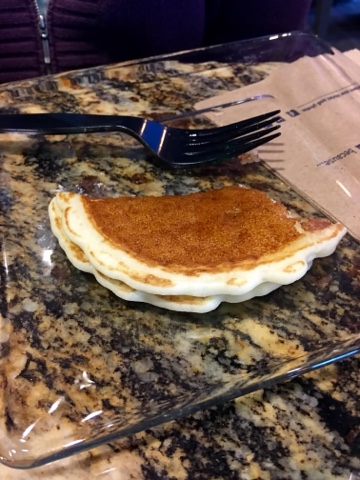