We walked out to the hotel shuttle area around 12:30 a.m. at LAX and lo and behold a Hilton van pulled up within five minutes. Lucky us!
After a short ride and an efficient check-in, we were in our room, where we caught a few hours of sleep.
After a decent continental breakfast in the 16th-floor Executive Lounge, we relaxed for awhile.
Today's flight to Changsha on Hainan doesn't depart until 1:35 p.m., so we have a lot of time, even though we sadly won't be able to use the TSA PreCheck line, given we're on a foreign carrier.
Blogging will be light to non-existent for a week, as China's Great Firewall blocks Google (this is a Google-based blog) and Facebook, and we won't bother with a VPN.
Not a bad room... 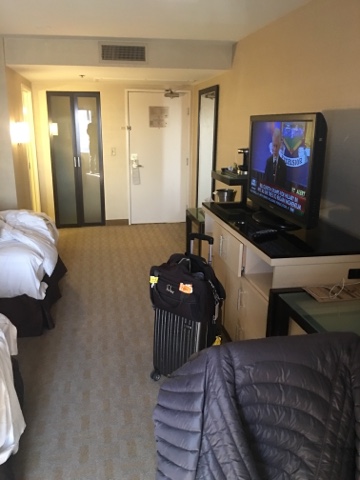 This is the city, as Joe Friday used to say - at least around LAX. 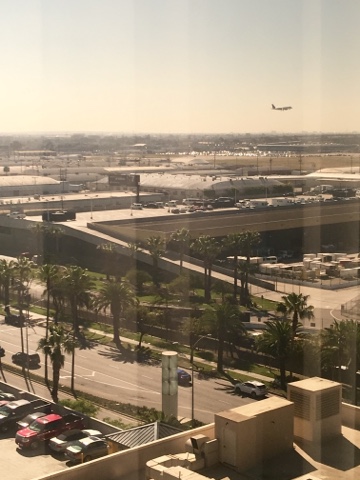 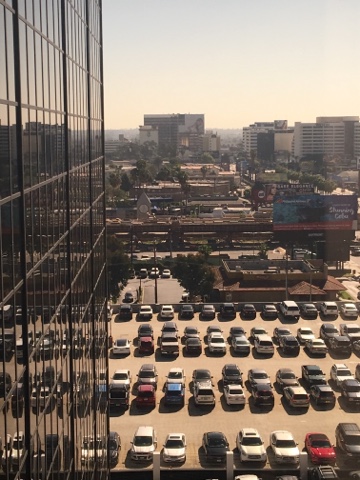