Kathy realized after we were already underway on the S-Bahn to the airport that she'd left her iPod in the room.
We rode two stops back and Brian ran up to the hotel, got a key, and searched with two cleaners who were already in the room. No luck.
Kathy went back, this time holding the iPhone in her hand. She asked the cleaner in German and he said, "Oh, maybe in the towels." Success!
Oddly enough, when she returned to the platform she noticed that her iPod had been switched off. She never does that.
The plot thickens but she has her iPod back, we are all checked in and sitting in the Lufthansa Senator Lounge after some more thorough screening than is the norm (no surprise), and will ready ourselves for another round of screening at the gate. 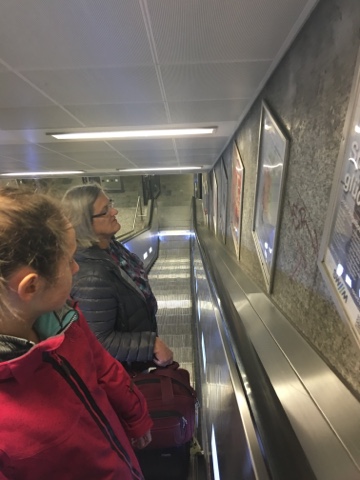 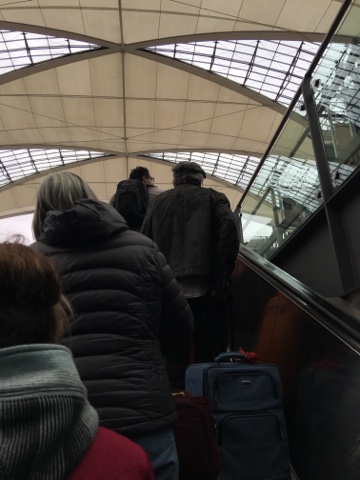 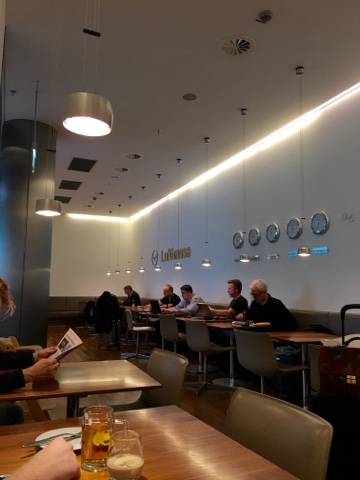