It was almost bittersweet leaving Paris. We think it was a great introduction to Europe for Taegan, and we saw a lot during our three-night stay.

We started the day with a final hearty breakfast at the Hilton La Defense, where the lovely young chef at the omelet / crepe station asked for our e-mail address, since she hopes to visit Canada in future, and we told her we lived by the best part. 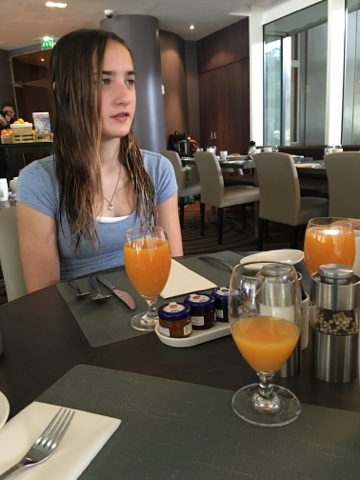 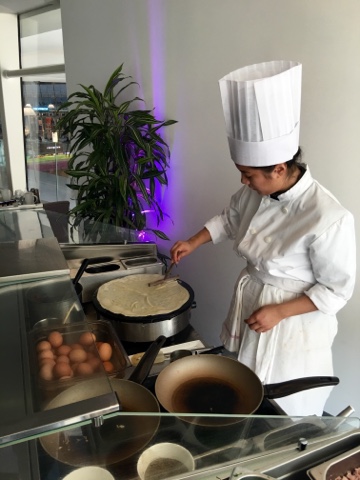 It was symbolic that our arrival at CDG was marked by a bomb threat or some similar security concern. We had to undergo continual security checks, not only in the monuments and attractions we visited, but the three or so times we entered a major shopping center.

In fact, the current situation complicated our arrival.

The Hilton La Defense is located in a huge multi-story mall adjacent to the Metro / RER station ( and the Grande Arche and a weirdly realistic gigantic sculpture of a human thumb). 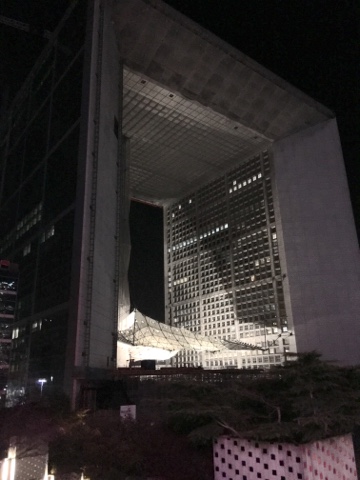 We had gotten precise instructions on how to access the hotel from the station. However, when we started to enter the mall, two sympathetic but firm security guards insisted we open our bags - yes, all six of them. They said the alternative would be to walk outside and around the building to enter the Hilton's separate entrance. We thought it simpler just to open up our bags and the guards took the briefest of looks and apologized before sending us on.

We were now inside and took the escalator up to the Hilton entrance. Just one problem: it was closed due to "security concerns."

We kept walking, walked outside after asking somebody for directions, and eventually ended up at the same exterior entrance the security guards had suggested in the first place. What used to be the easiest of routes between the transit station and the hotel is now somewhat more complicated.

What a nuisance, at best, for Parisians and visitors, and a constant grim sign of the era. We wouldn't have been surprised to see security checks in the Metro too, as we've seen in India, but so far not. The police presence at times is massive.

On a happier note, today's travel day was smooth - RER to Orly (via Antony and the Orly connector train), Easy Jet to Rome with a "bus gate" at both airports for Taegan to experience, the Leonardo train from FCO to Roma Temini, and a 7-minute walk to the lovely Best Western Canada Hotel, where we were welcomed  back warmly. We arranged for the same type of room we had with Avery last July and Taegan, who is now fighting a cold, is taking a nap in her own semi-private adjacent "bedroom."

We relax for the rest of today, and start our touring tomorrow at the Colosseum.

Easy Jet isn't bad in our experience. We paid for better bulkhead seats, and thereby got early boarding and an extra bag, enabling us to keep everything with us. 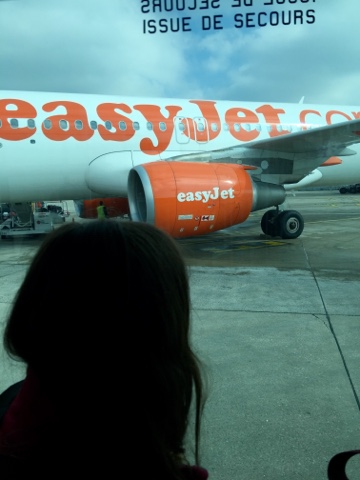 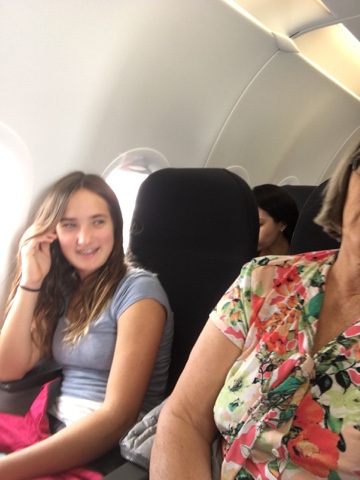 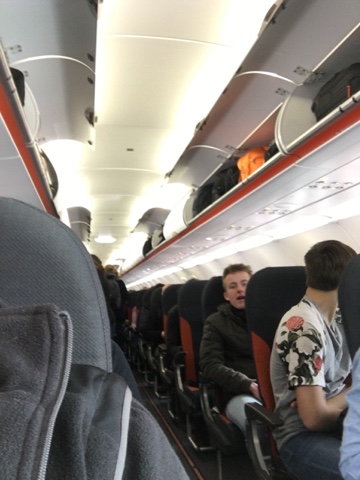 The 30-minute train ride from FCO to Termini is on a modern high-speed style train, although we didn't travel all that fast. 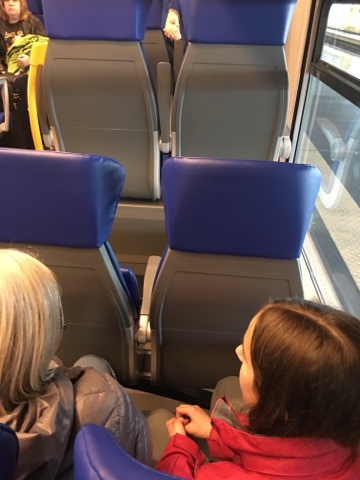 Taegan got some fresh air and a view on our balcony, facing into an interior courtyard from our fifth-floor vantage point. It's pleasant to settle in here for the next three nights. 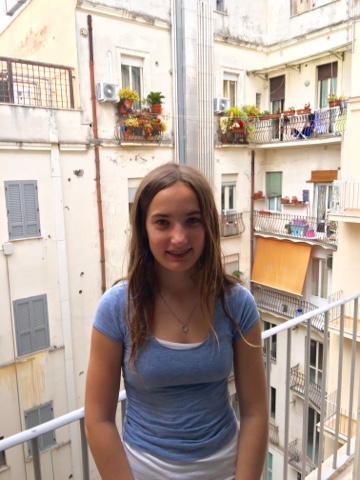 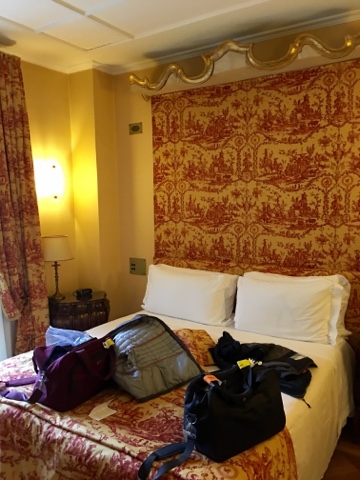 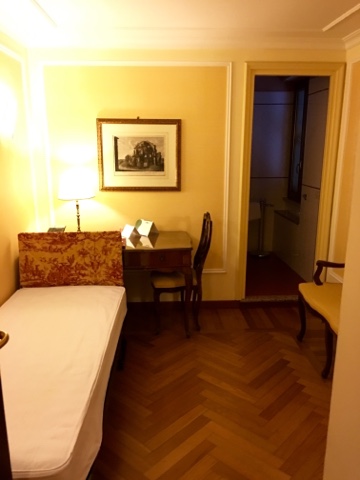