A Long Day of Flying on AA

Our first flight yesterday PTY-MIA was delayed for an hour because the incoming flight from MIA got stuck in bad weather.
We had to move terminals at MIA, and if we didn't have both Global Entry and TSA PreCheck, we might not have made it.
Snug aboard another AA 737 in First, we became aware of a problem halfway back in the plane when the senior FA got on the mike to ask somebody to sit down.
Another FA came up from the back (we were now in the takeoff queue) and discussion ensued. Shortly thereafter, the captain announced we were returning to the gate.
Eventually an AA rep boarded, along with a couple of police officers, one particularly well armed. 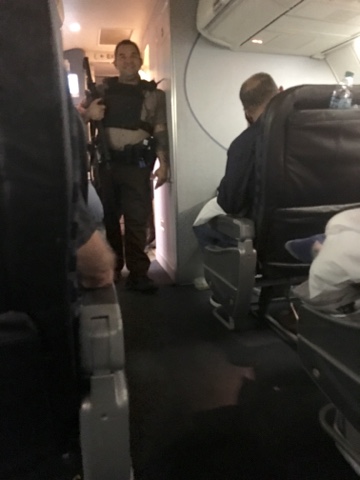 Eventually a couple got off, but there were a lot of "words" out in the jetway before we finally left the gate.
Then, of course, we had to get back in the queue, and eventually landed at LAX about two hours late.
We didn't wait horribly long for the shuttle to the Hilton, and fell into bed for about five hours of sleep.
Incidentally, we rode in the hotel shuttle with a woman who was on the same flight. She was already asleep but somebody told her that the woman in question had directed some "bad language" at a crying or screaming baby.
We have no idea whether the crew overreacted, but here we sit in a cute little AA Admirals Club in their regional jet terminal (Gates 44), after a bus ride from the main terminal. 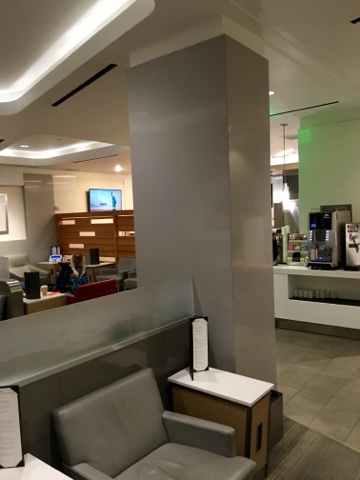 Vancouver here we come.
Oh, and from yesterday, a few peeks at the Panama Canal as we took off from PTY. 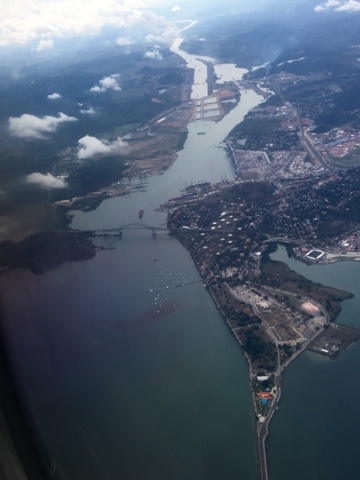 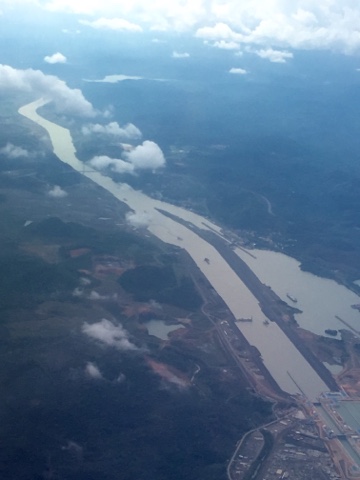 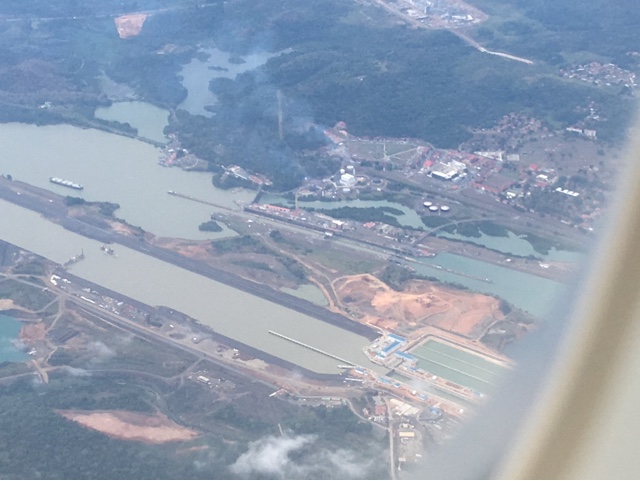 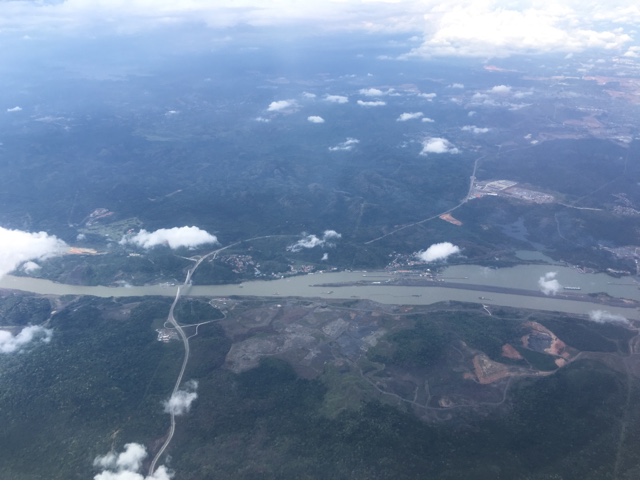 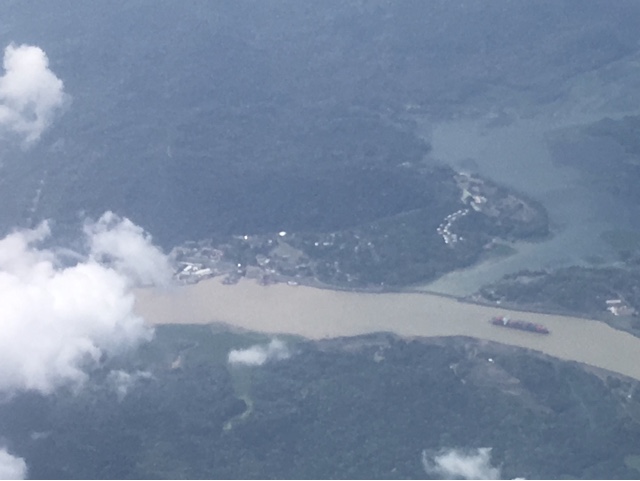 And here's Miami as we landed. 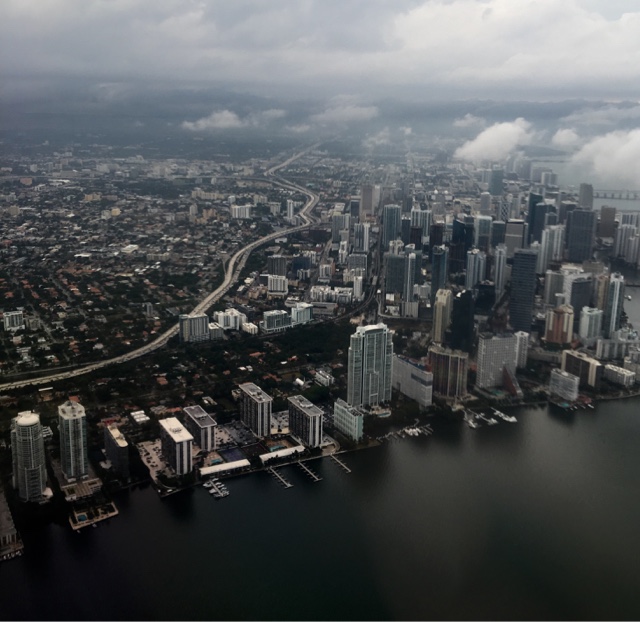