ANA and Thai: What a Great Flying Day

Any day that includes nine hours on ANA's 787 service SEA-NRT followed by another seven hours on the Business Class upper deck of a Thai A380 NRT-BKK is apt to be a very good flying day.
The only drawback to the wonderful service, really good (airplane) food, and excellent beverages is the fact that we were reluctant to go to sleep and miss out on anything.
We did manage about two hours of snoozing on each flight, followed by four more at the Bangkok airport's excellent Novotel, and we're feeling fairly ready to face the next day.
ANA Boeing 787 service... 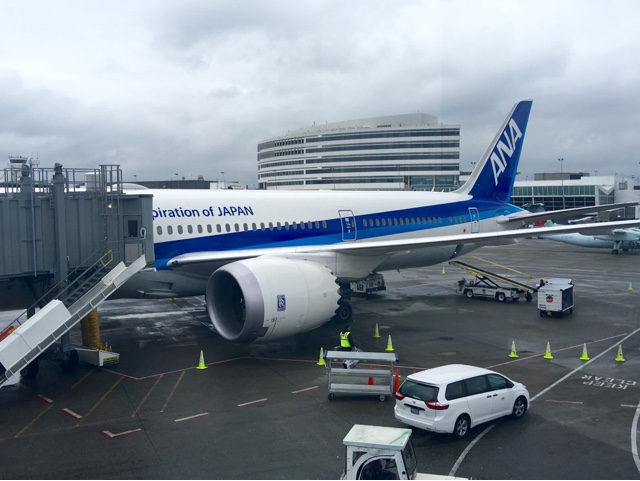 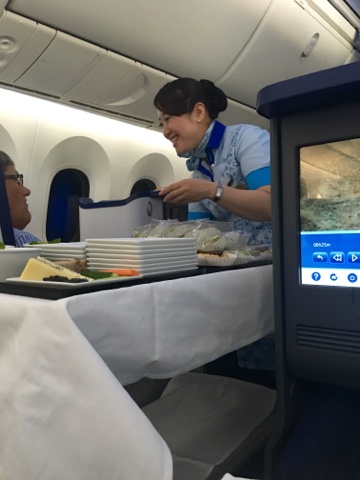 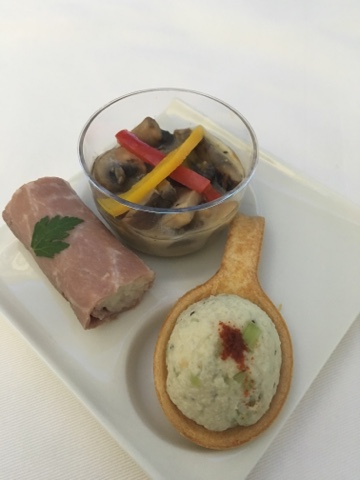 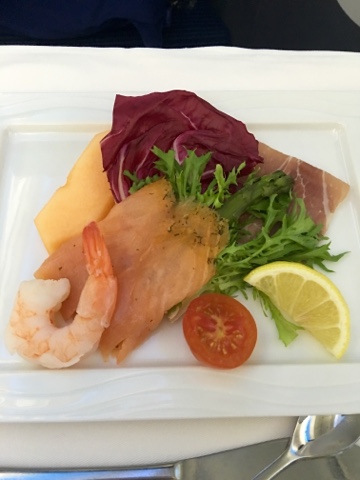 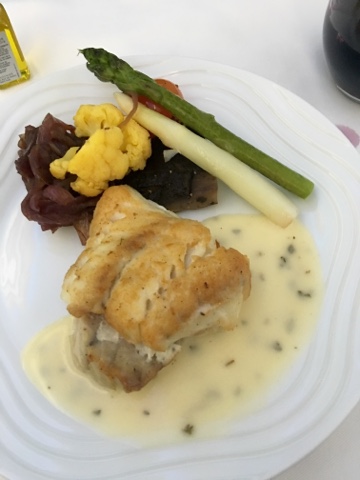 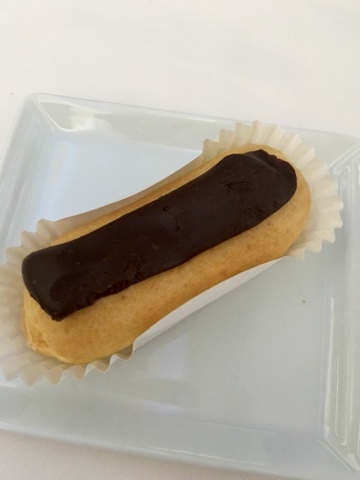 This was our second (!) meal on a nine-hour flight, served before landing. 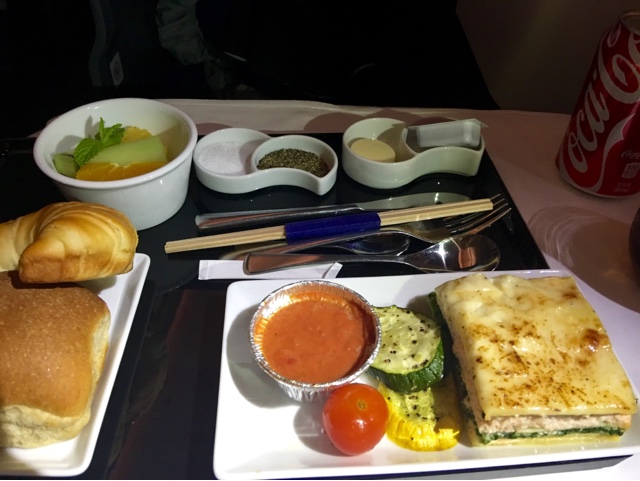 Yes, we really like the 787, especially when operated by an airline like ANA.
With a close connection and a fair walk at Narita, we only dropped by one of the ANA lounges to relax for a very few minutes, with no time for beer machines, noodle bars, or curry. How sad is that!
We then boarded the upper deck of a Thai A380, only our second time in this plane. When you board separately by deck, you lose the feeling of the plane's   immensity.
In truth, the upper deck, presumably because of the slope, felt a bit more crowded (and more noisy) than the 787. 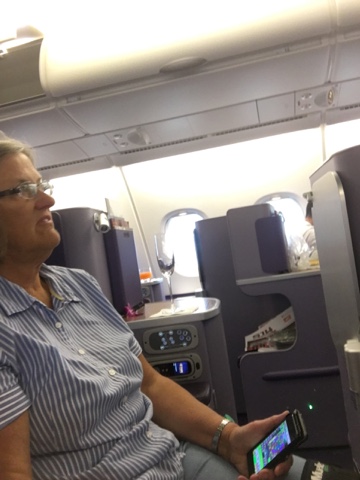 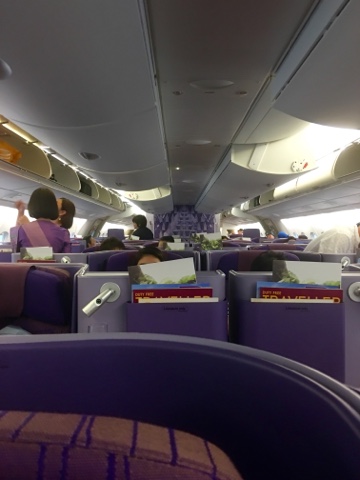 Don't get us wrong- it's comfortable but back-to-back flights allow for a finicky comparison.
The service, however,  shone equally. We were addressed more systematically as Mr. Warner and Mrs. Warner throughout both flights than we were back when we were still in the education business.
We were admittedly tired by then and didn't bother to take photos of dinner (the larb was particularly tasty), but the bowl of nuts that accompanied our Fench Champagne (non-vintage but yummy enough for us) gives an idea of the standards on Thai. 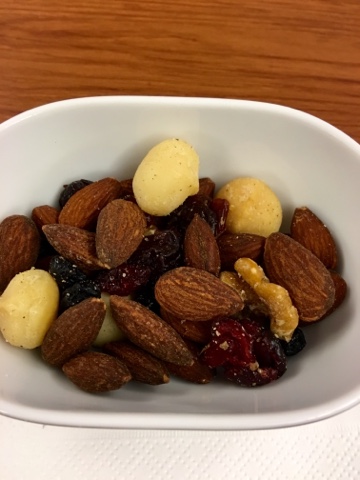 It's about 6:30 tomorrow morning here in Bamgkok and we're wondering why we're hungry. How could that be?
Posted by Kathy and Brian at 4:27 PM