San Francisco: Behind the Scenes at the Aquarium of the Bay

Monday we checked out of Parc 55 after breakfast and stored our bags with them. We rode the tram all the way down to Pier 39 near Fishermen's Wharf and made our way to the Aquarium of the Bay. 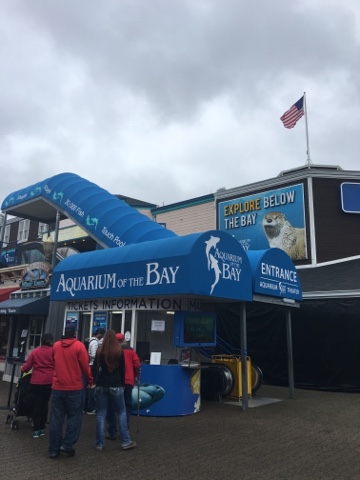 We also managed to snag tickets for a "behind-the scenes" tour, and spent a pleasant 90 minutes first walking through the aquarium display.

It's not a large aquarium, but it's well laid out and contains a lot of interesting exhibits, including a variety of jellyfish - we never knew there were so many different varieties. 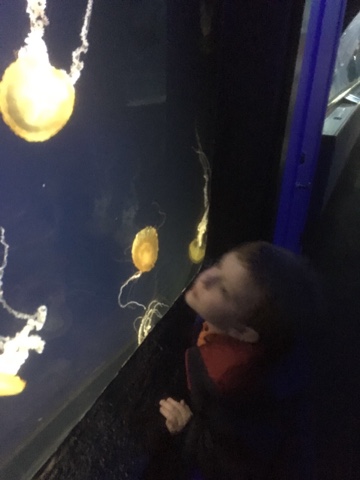 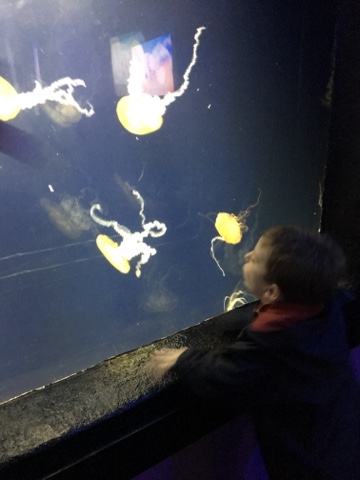 The underwater tunnels, similar to those we've seen in other aquariums (aquaria?), were quite interesting for Blane. 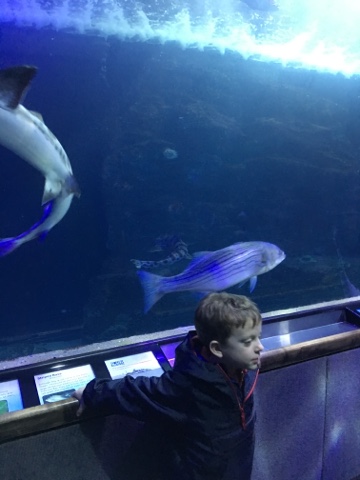 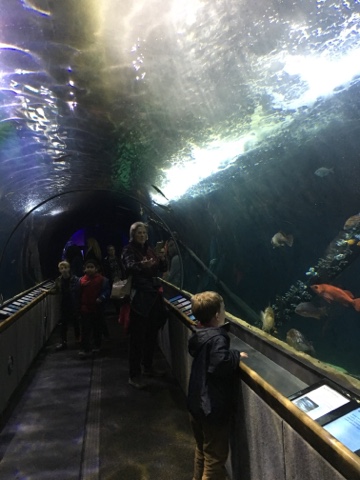 They have a couple of touch pools and Blane, like most seven-year-old boys, likes to touch. 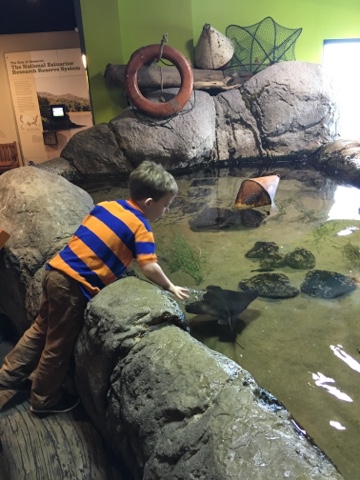 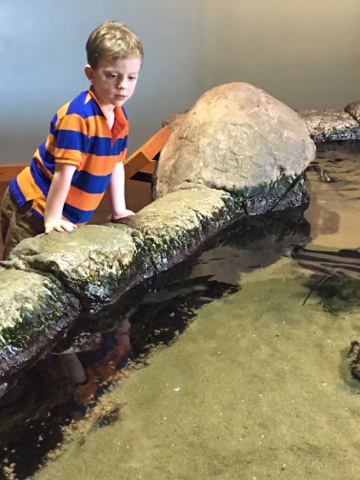 The little frogs were cute to watch. 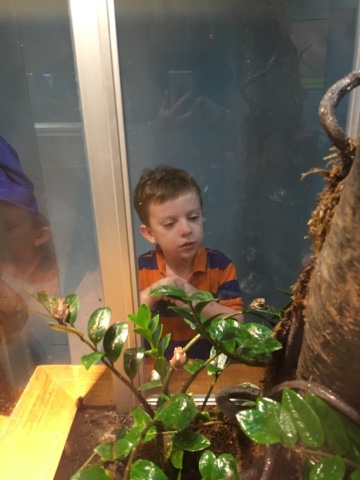 Before we knew it, we met up with Kathleen (possibly a volunteer but we failed to ask), and found out we were the only three people on the tour. It was fascinating.

She showed us various types of food to feed the inhabitants. 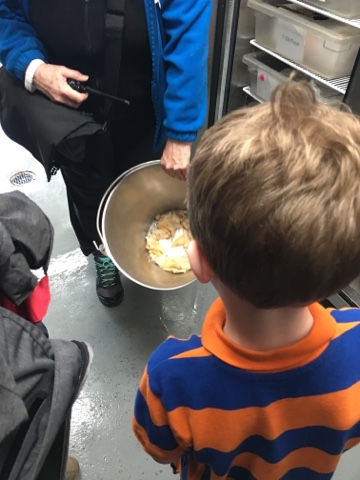 We also observed a few creatures in acclimatization tanks. 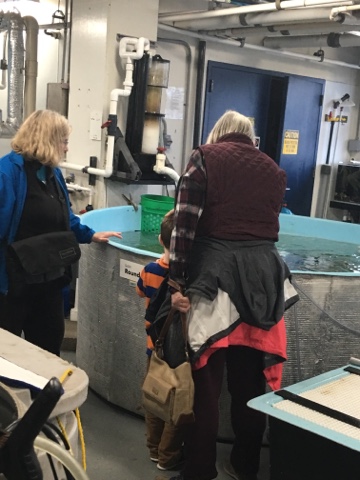 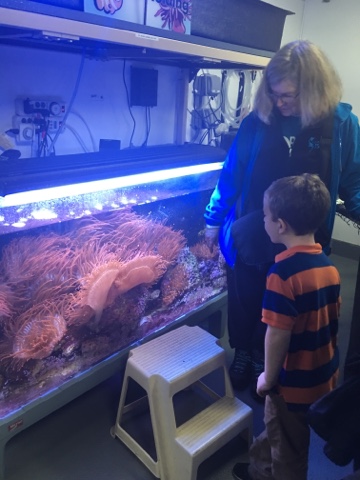 More jellyfish in special circular tanks that allow them to drift up and down without getting stuck in the corners - no kidding! 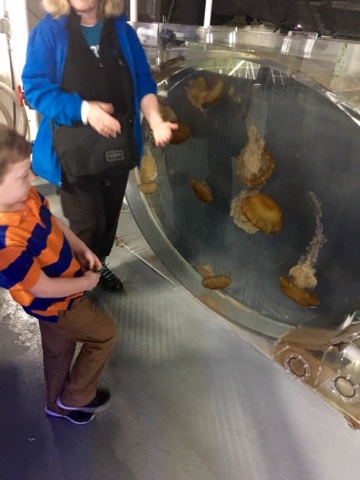 It was fascinating to look down into the large tanks where the underwater tunnels are contained. We could even see the people walking through the tunnels, almost giving the impression they were some other species of sealife. 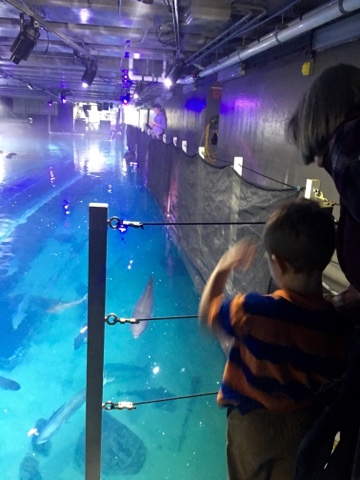 Kathleen also showed us basic feeding and cleaning schedules posted on the boards. 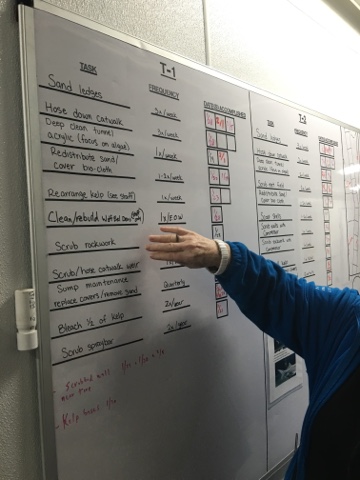 We thanked Kathleen after that interesting 45-minute excursion and got out in time to watch the three otters get active as feeding time approached. It was a great finale to our San Francisco trip with Blane. 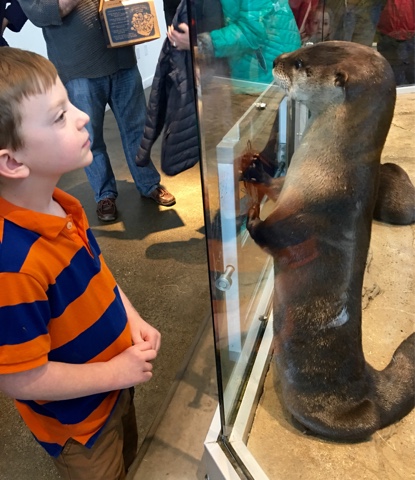