We returned our nice Hyundai Elantra to Alamo, checked our heavy bags with American, and spent some time in a pleasant Admirals Club Lounge before taking exit row seats on the AA flight to Chicago. It was fairly bumpy for a chunk of the flight, close at times to what pilots call moderate chop.
There a brisk walk got us to the Alaska gate where our flight to Seattle was boarding - in fact they were preboarding and Brian thought they were boarding First, so we sidled by a number of people  surrounding the gate also waiting to board in F - don't you hate people like us?!?
Still, it's the famously named "gate lice" who foul the boarding process up for everybody.
We were comfy in Row 1 and enjoyed the four-hour flight to Seattle. The difference between American in Economy and Alaska in First is as pronounced as one could expect- so many happy Alaska  flight attendants.
Before we knew it, we were viewing Seattle from the air: I-90, bridges, I-5, Boeing Field, that boxy Boeing building near SEA, and then a smooth landing and quick taxi to the gate. 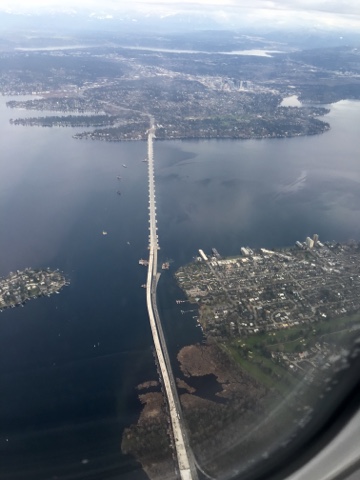 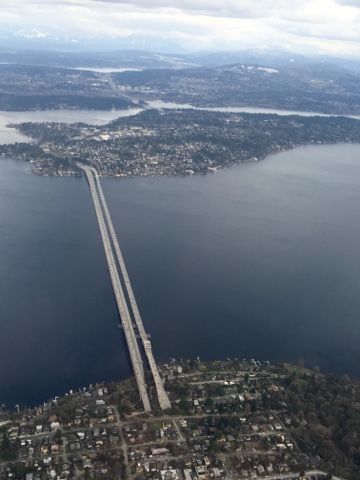 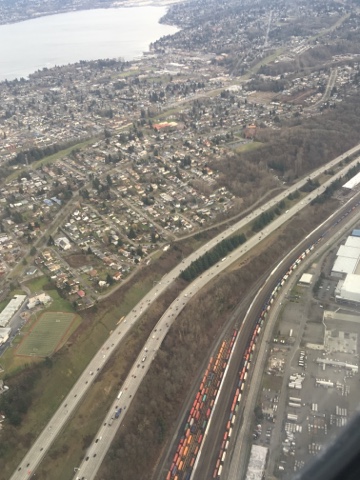 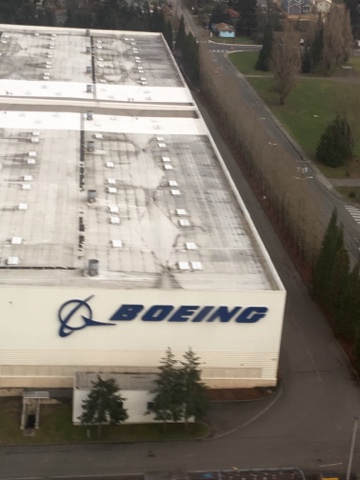 And now we have a couple of hours to relax in both Alaska Lounge sites before boarding our short flight to Bellingham and home. 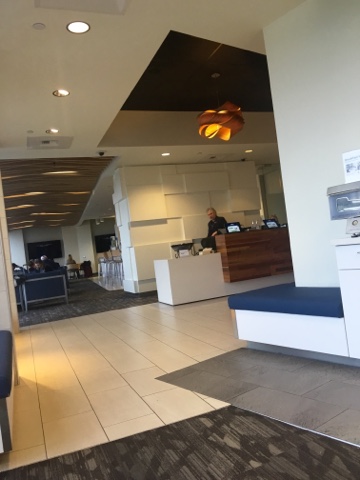 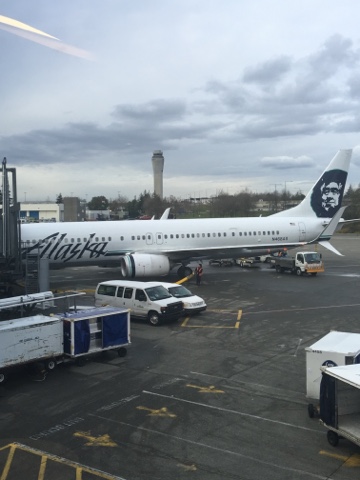