An employee escorted a group of us from the lounge to the boarding gate. There, with minimal confusion, we climbed into a van and took one last 10-minute China airport drive, seemingly to the other side of the airport where Hainan parks its planes. 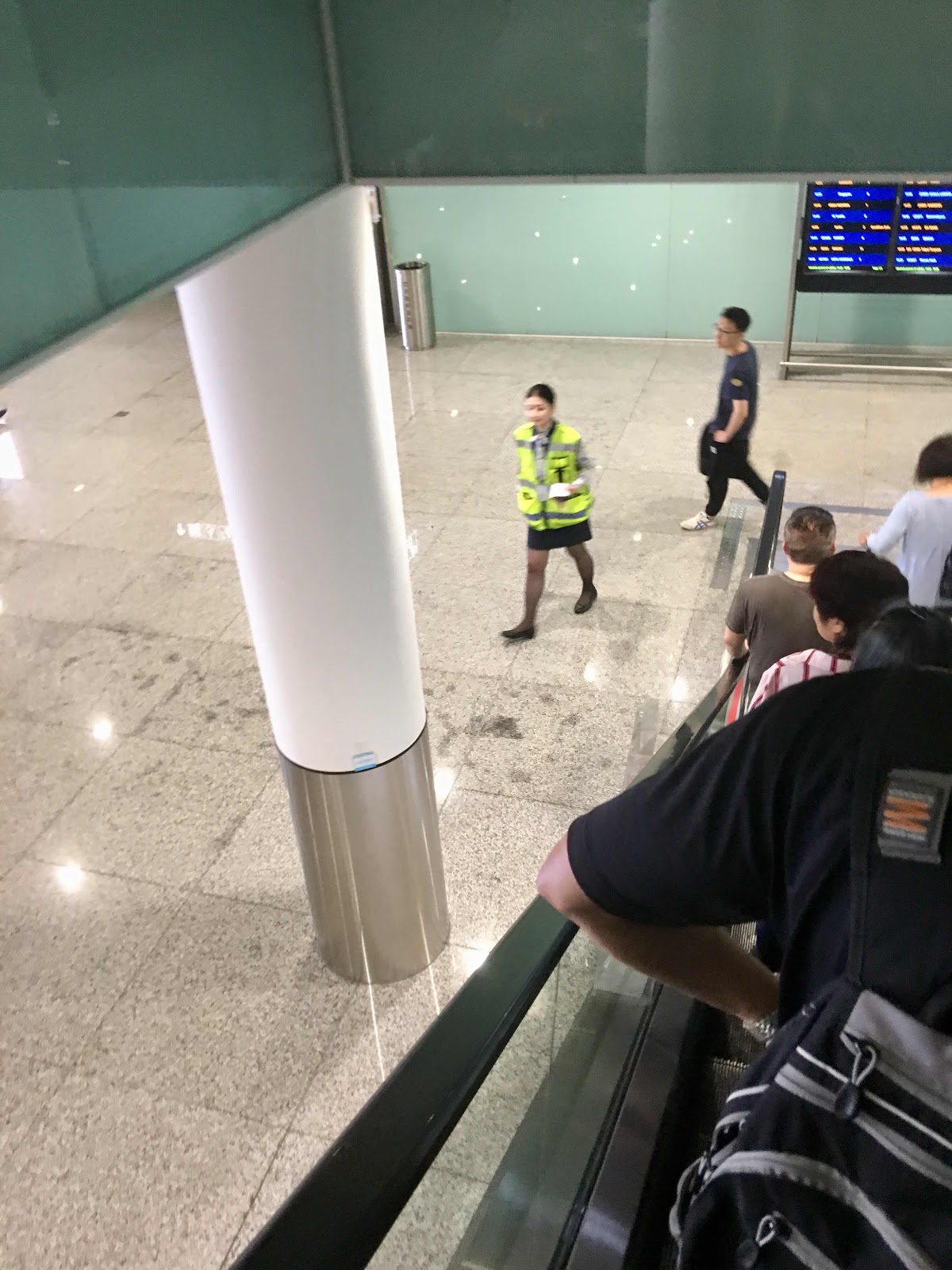 We boarded the 787 and soon learned that the second Business cabin, in which we were seated, was no more than a quarter full. This proved to come in handy.

We were seated in the back row of the middle seats, and our flight attendant found out later that Brian's seat wouldn't fold down into a bed.

We ended up sleeping in the adjacent aisle seats. There are air vents over the aisle and window seats but not over the middle seats. The plane itself was refreshingly cool, causing our Chinese fellow passengers to don jackets and wrap themselves in blankets. We sat in the middle seats to keep our phones charged and to watch the entertainment, as those features weren't working in the aisle seats. A little maintenance seems to be in order.

We also sat parked for almost exactly an hour, awaiting clearance from ATC (Air Traffic Control). We landed in Vancouver only a few minutes behind schedule, however.

As we taxied to take off, we caught some views of that impressive airport terminal. 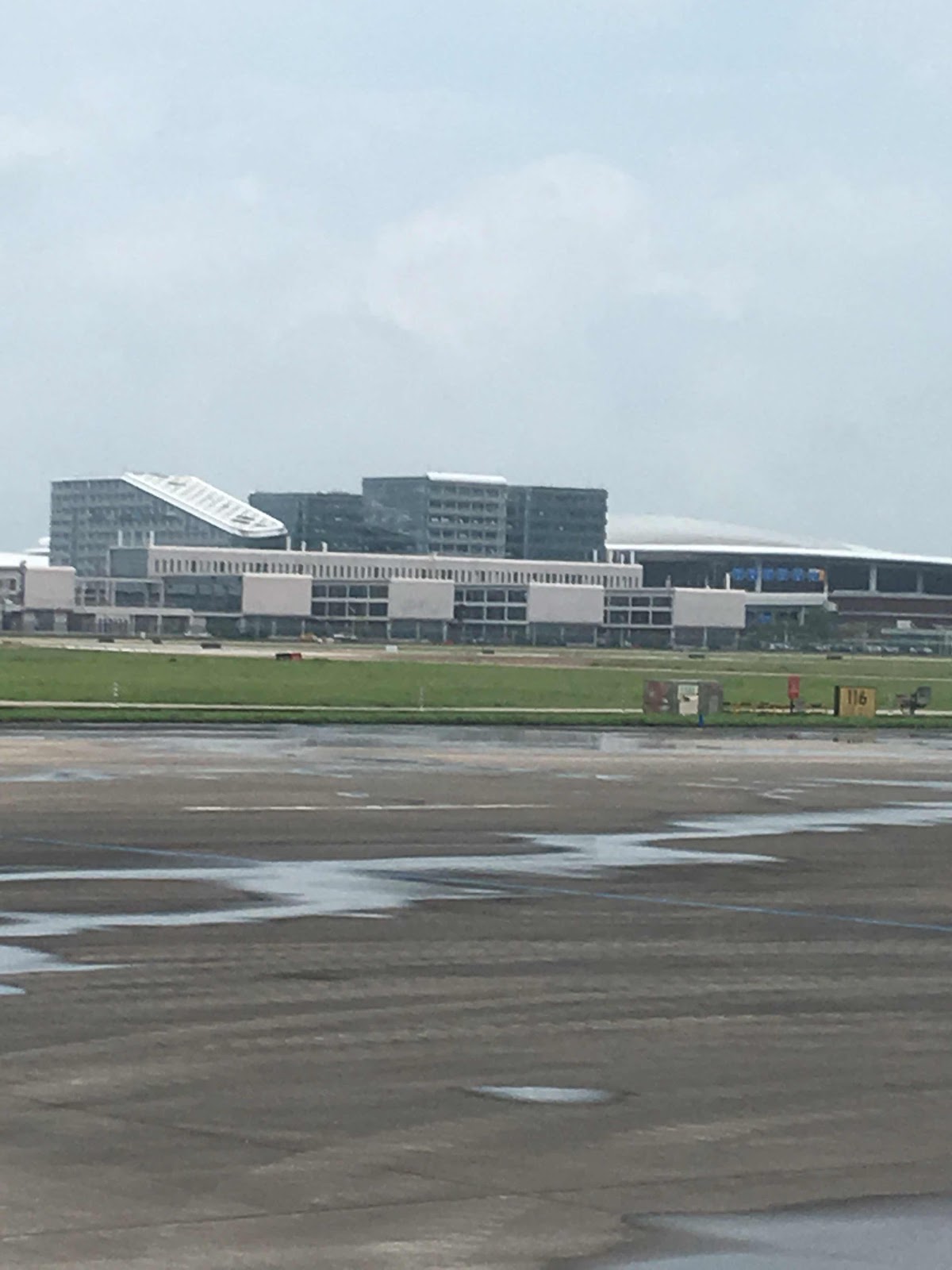 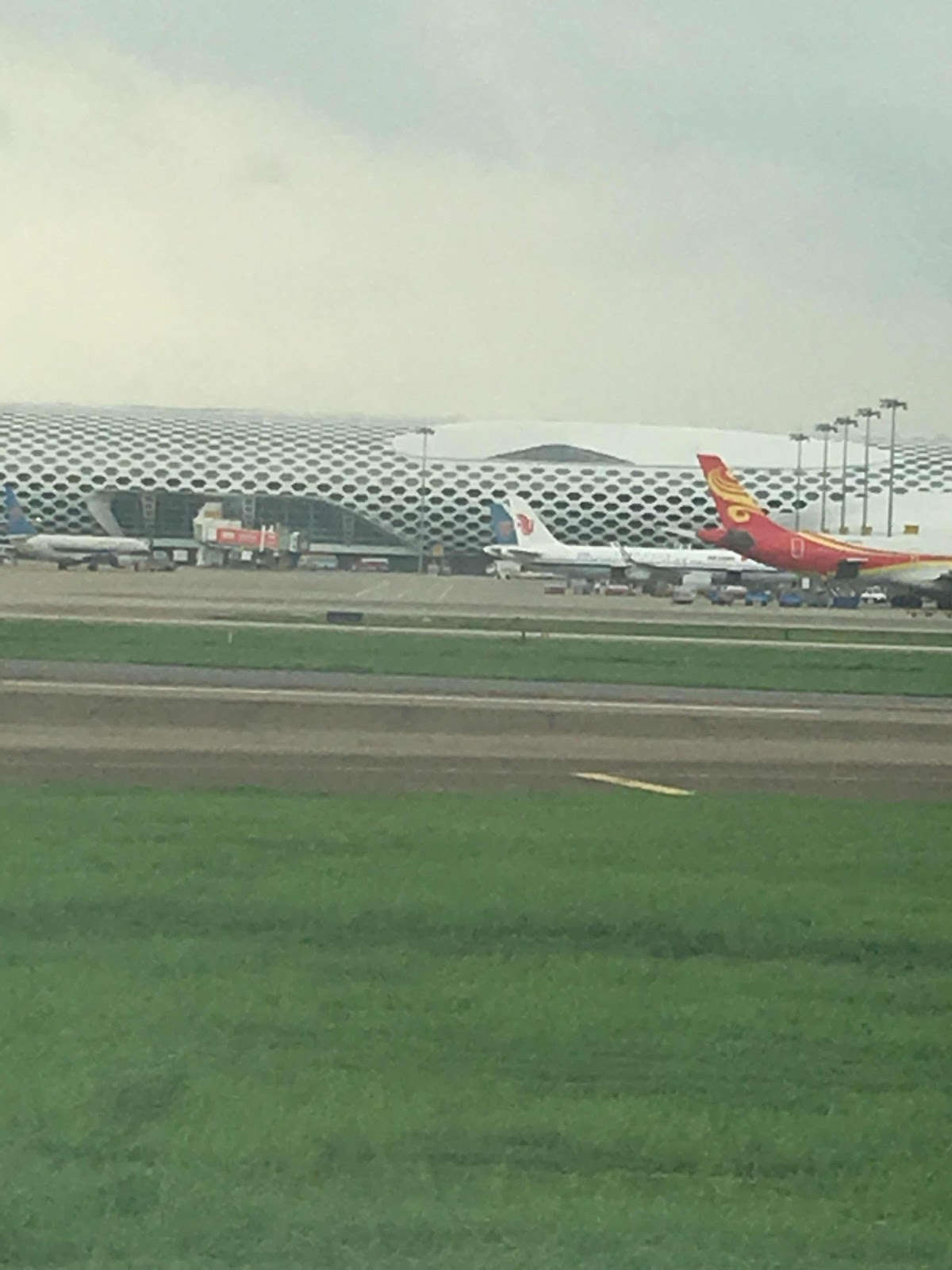 Then we were up in the air and catching some farewell views of this massive city of 10 million people. 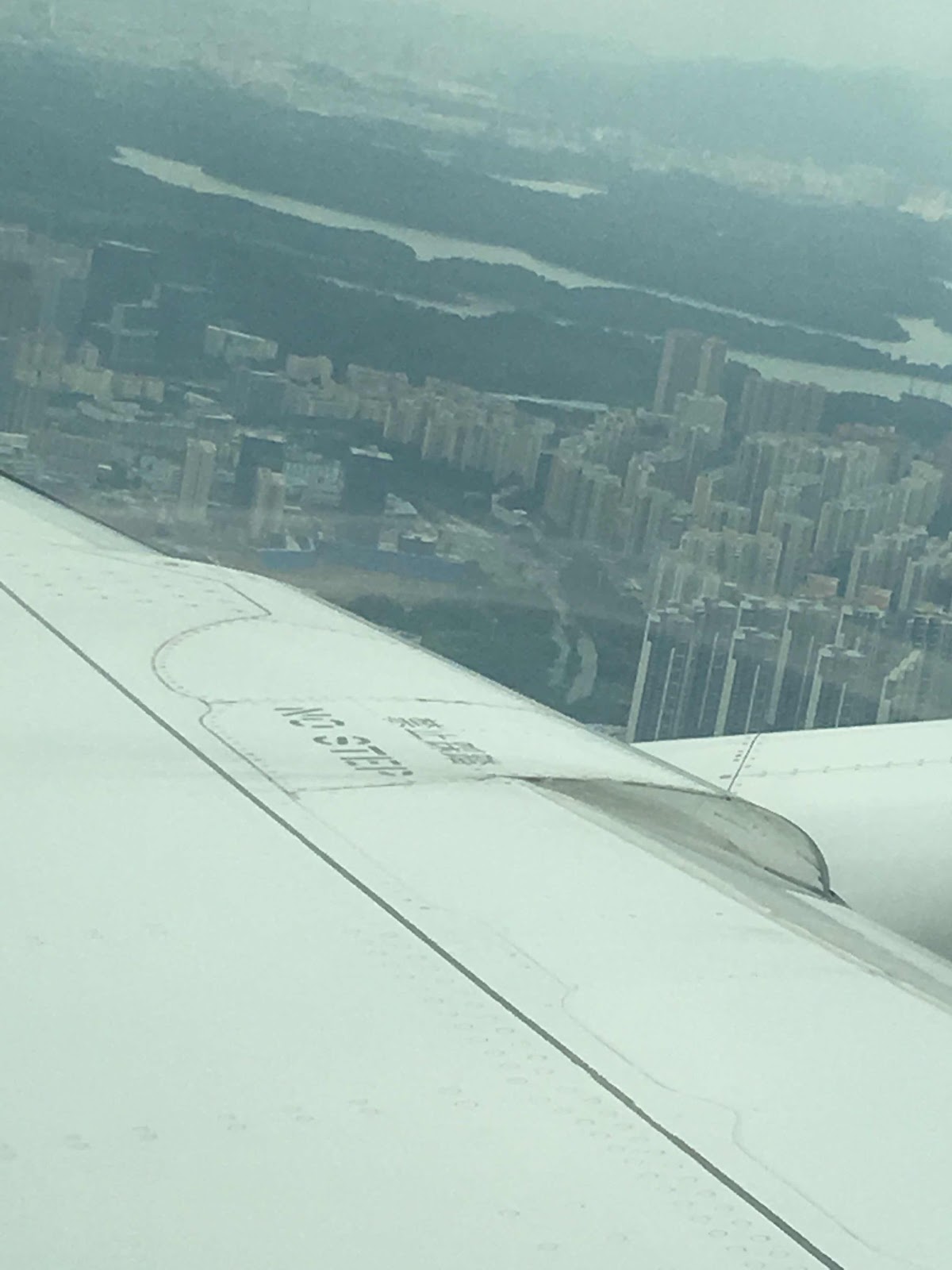 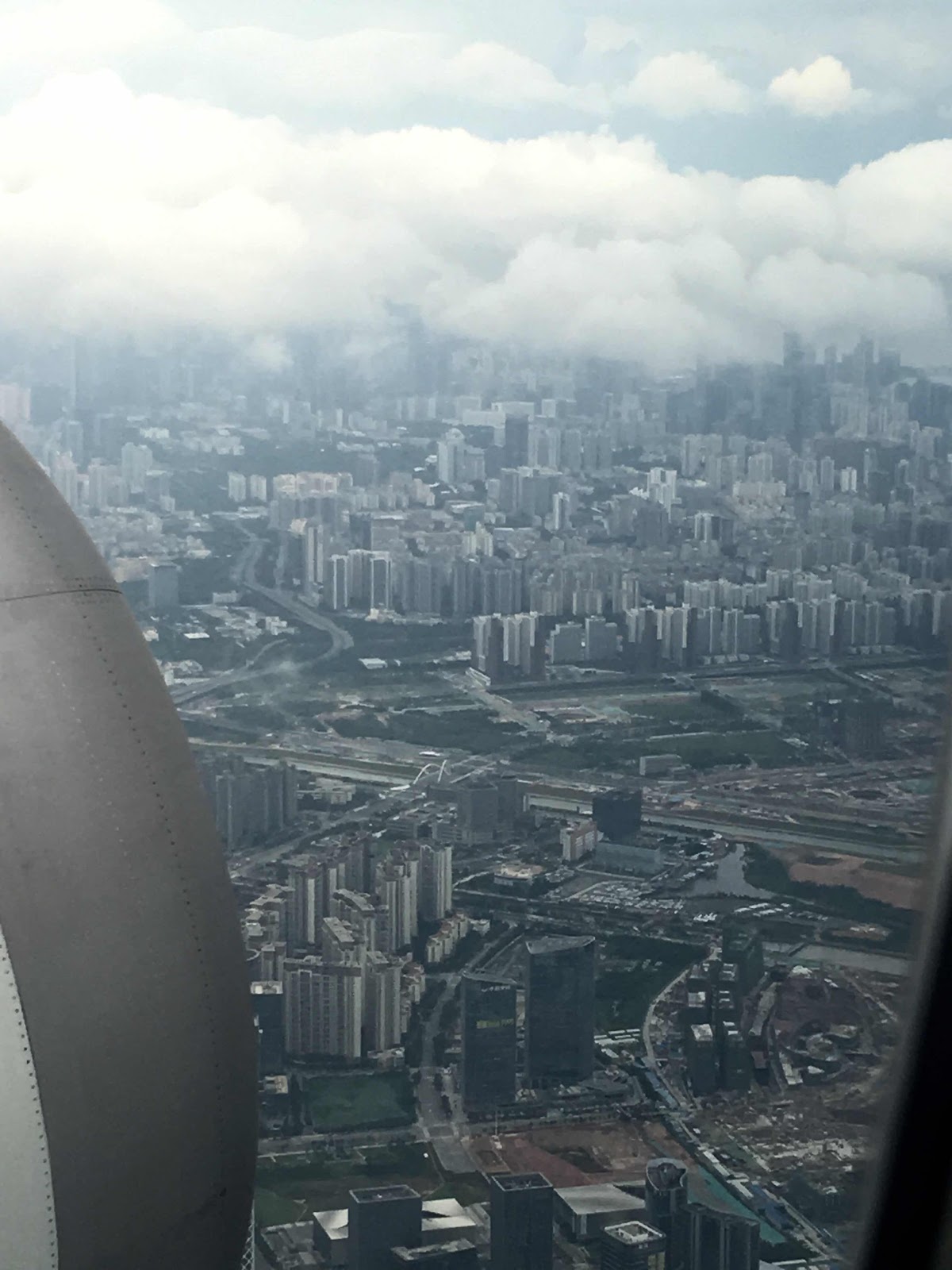 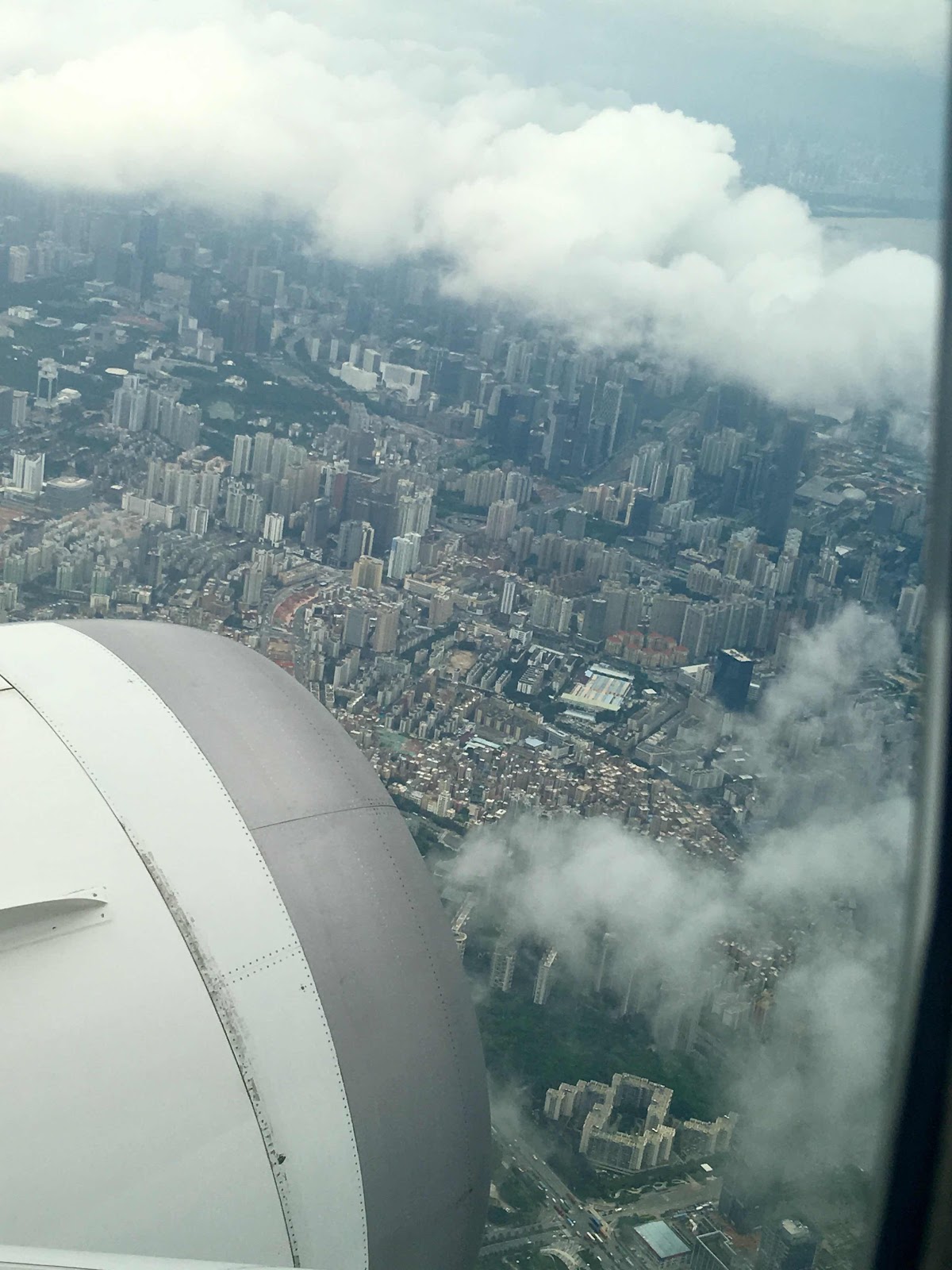 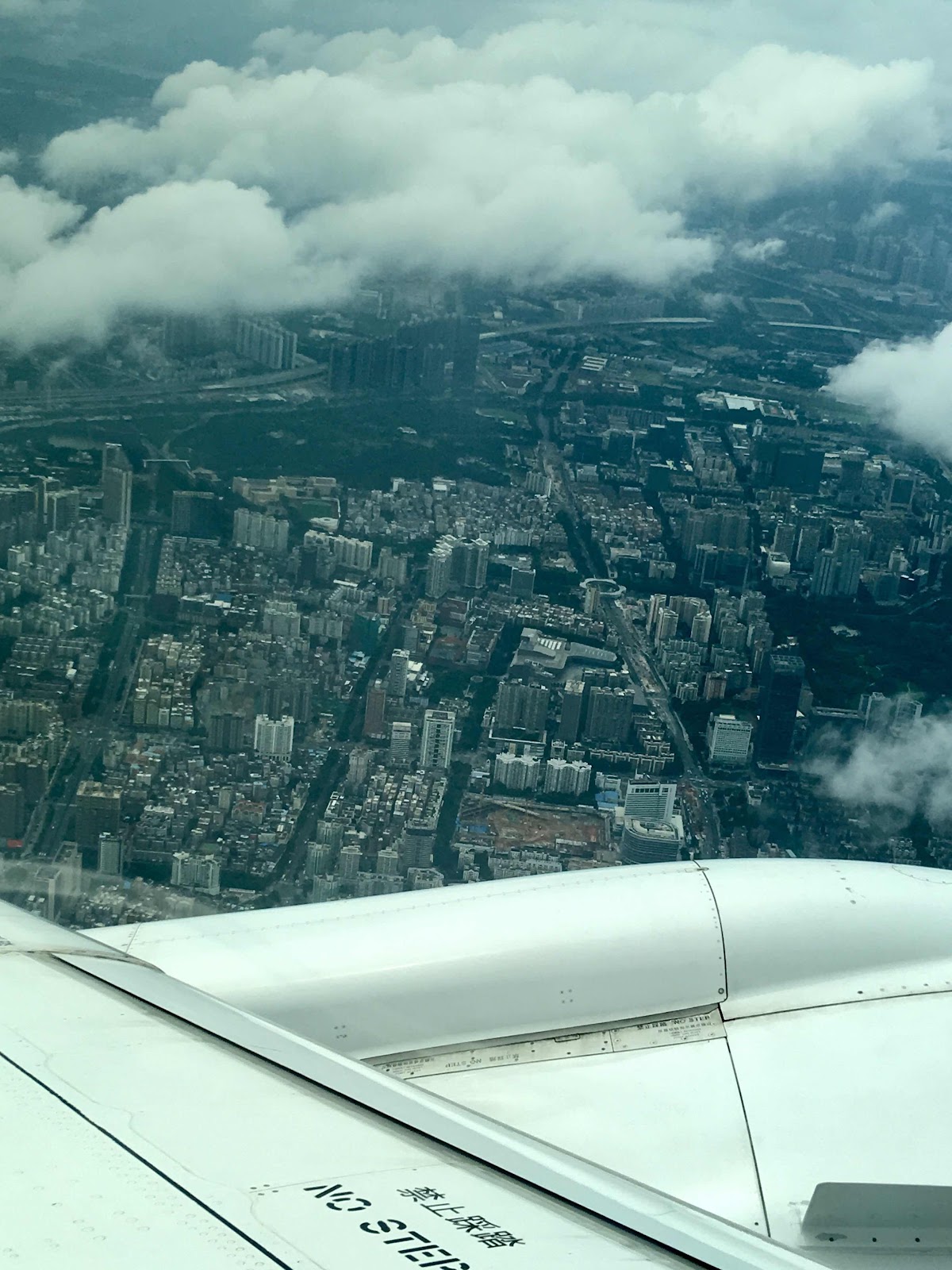 Our on-board chef came around to serve dinner, quite a classy addition to the flight.

As we've found in the past, Hainan offers a pleasing choice of wines. When asked, we ordered Champagne and then red wine with dinner. Our eager-to-please flight attendant brought us Champagne and red wine simultaneously. Yes, we were up to the challenge.

The champagne was Leventre-Dedieu Grand Cru and it tasted good to us. We started with Parducci California Cabernet Sauvignon, Parducci being a winery we'd visited 40 years ago with our young children, and switched to a Spanish Tempranillo when they ran out of the Parducci (No, others were drinking it as well). 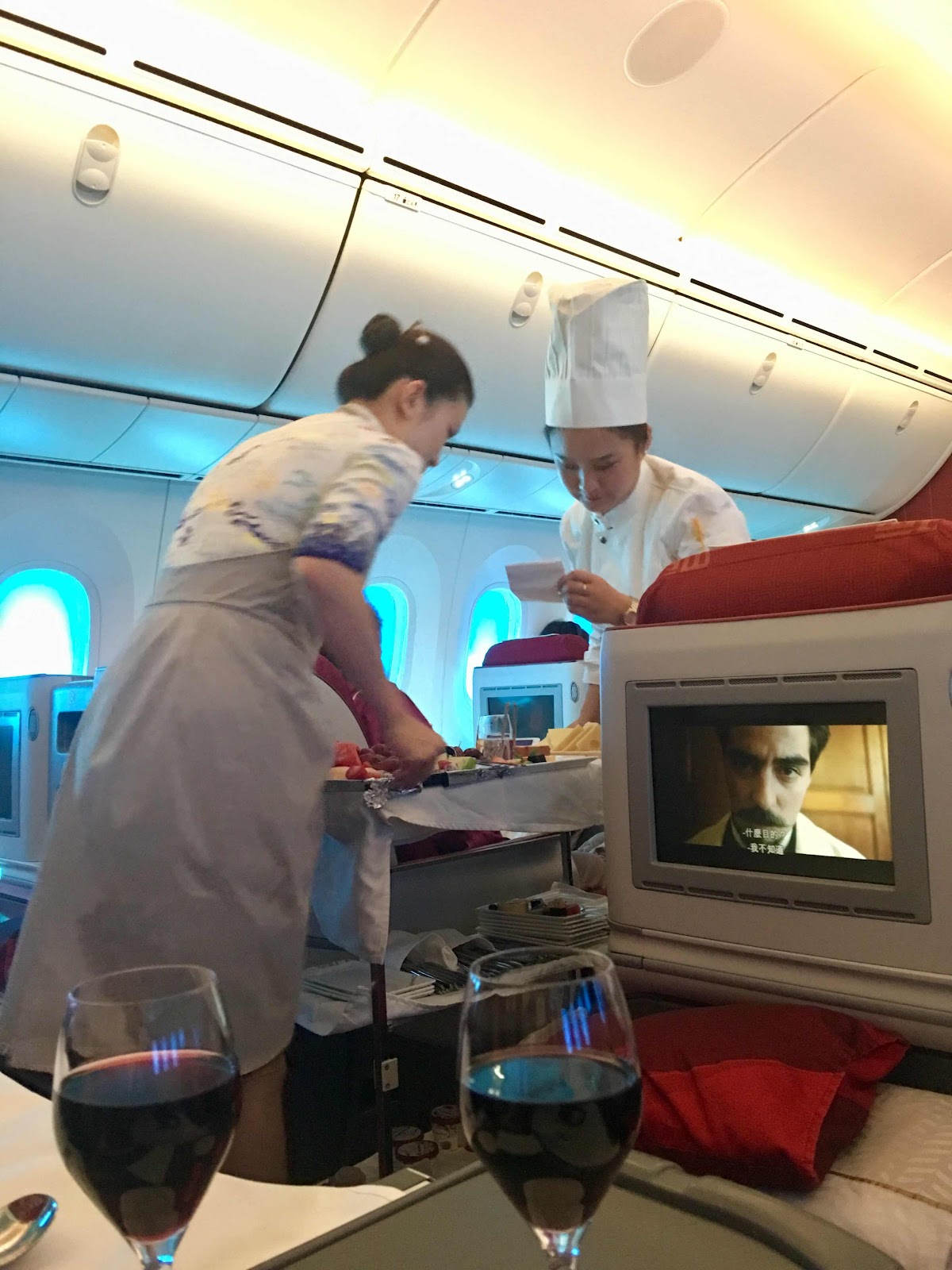 This was announced as a "canape." 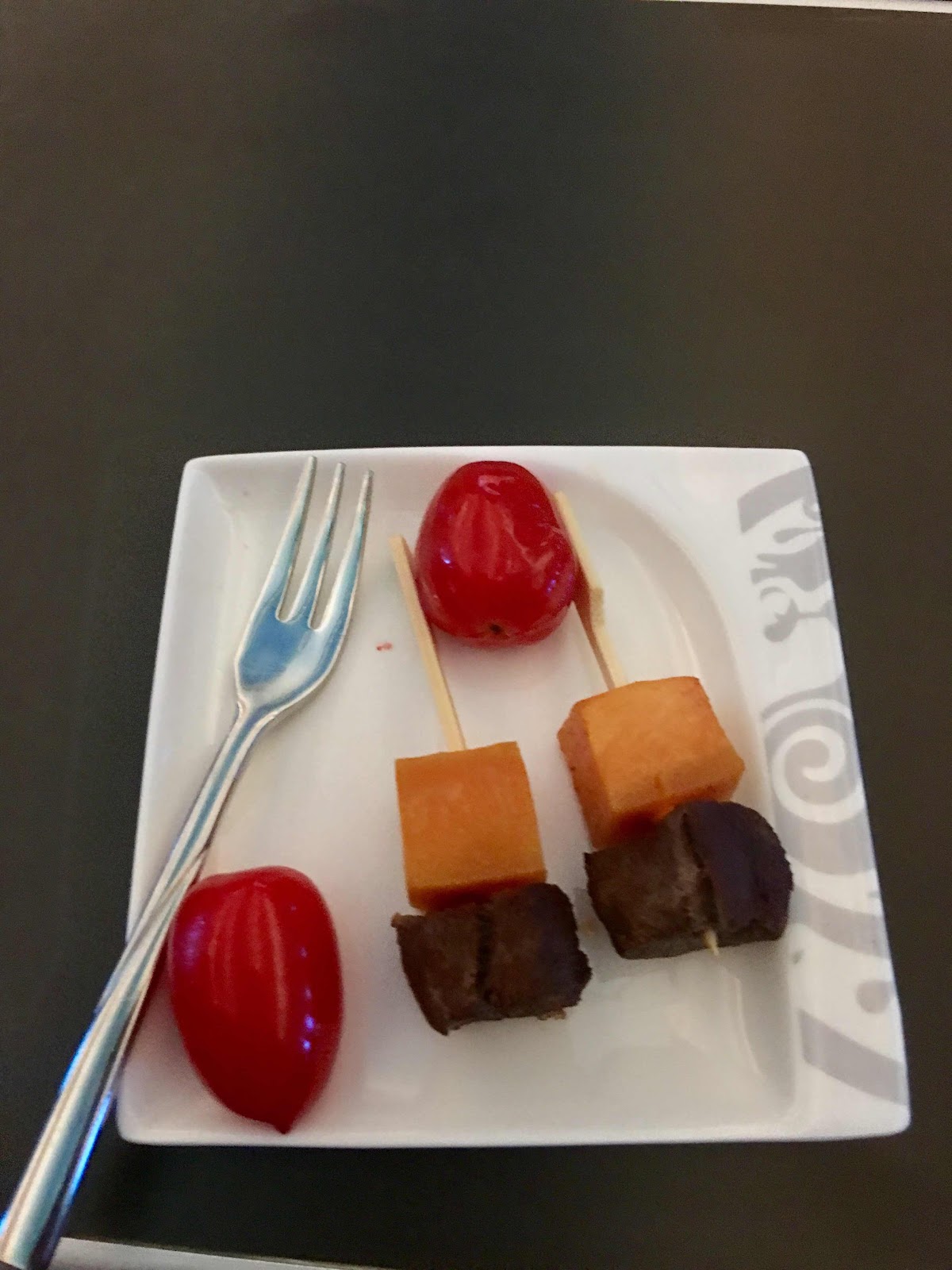 We both chose the tomato soup, which was quite tasty. 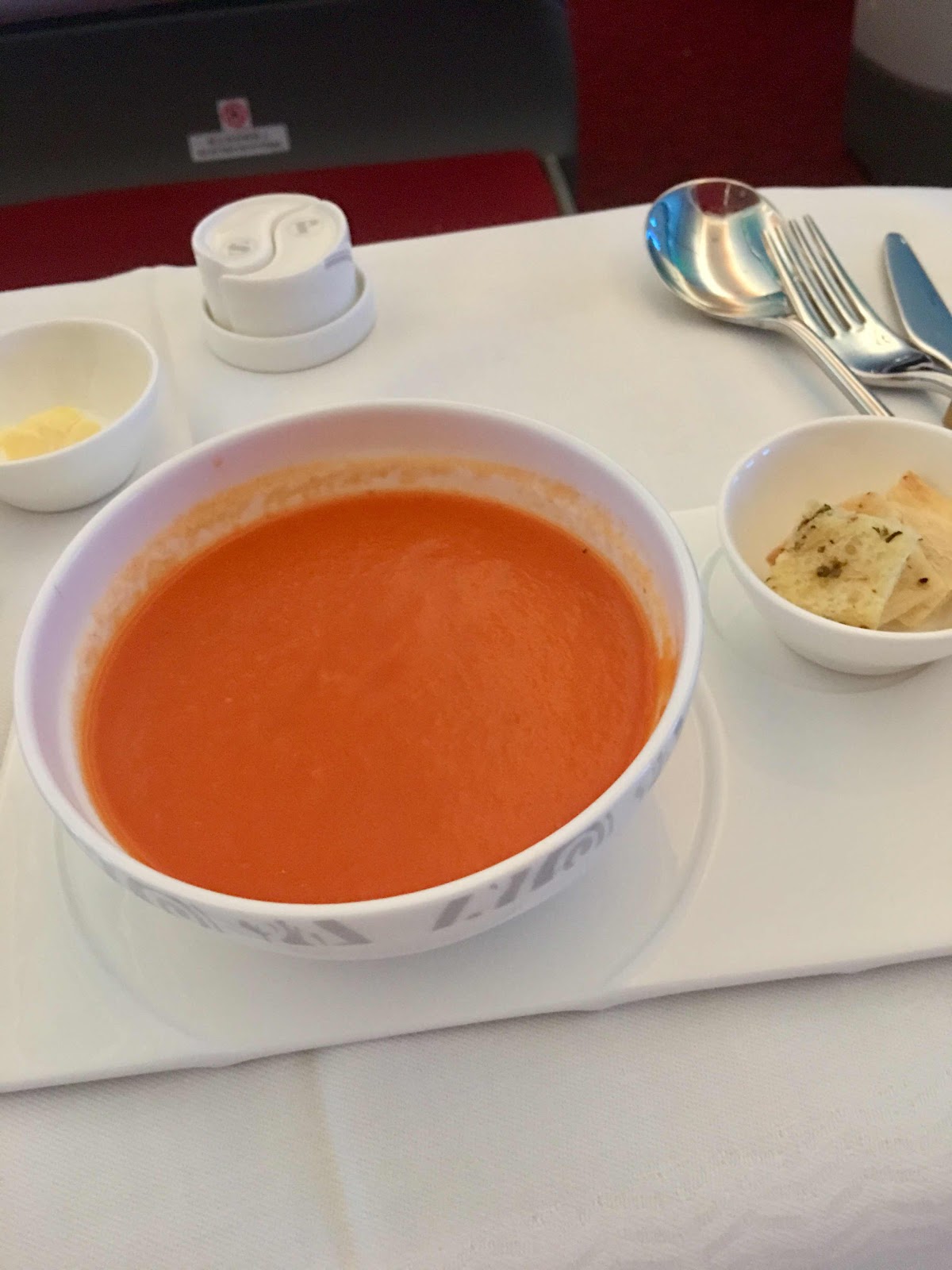 Not being that adventurous, we stuck with the beef option, which was okay. 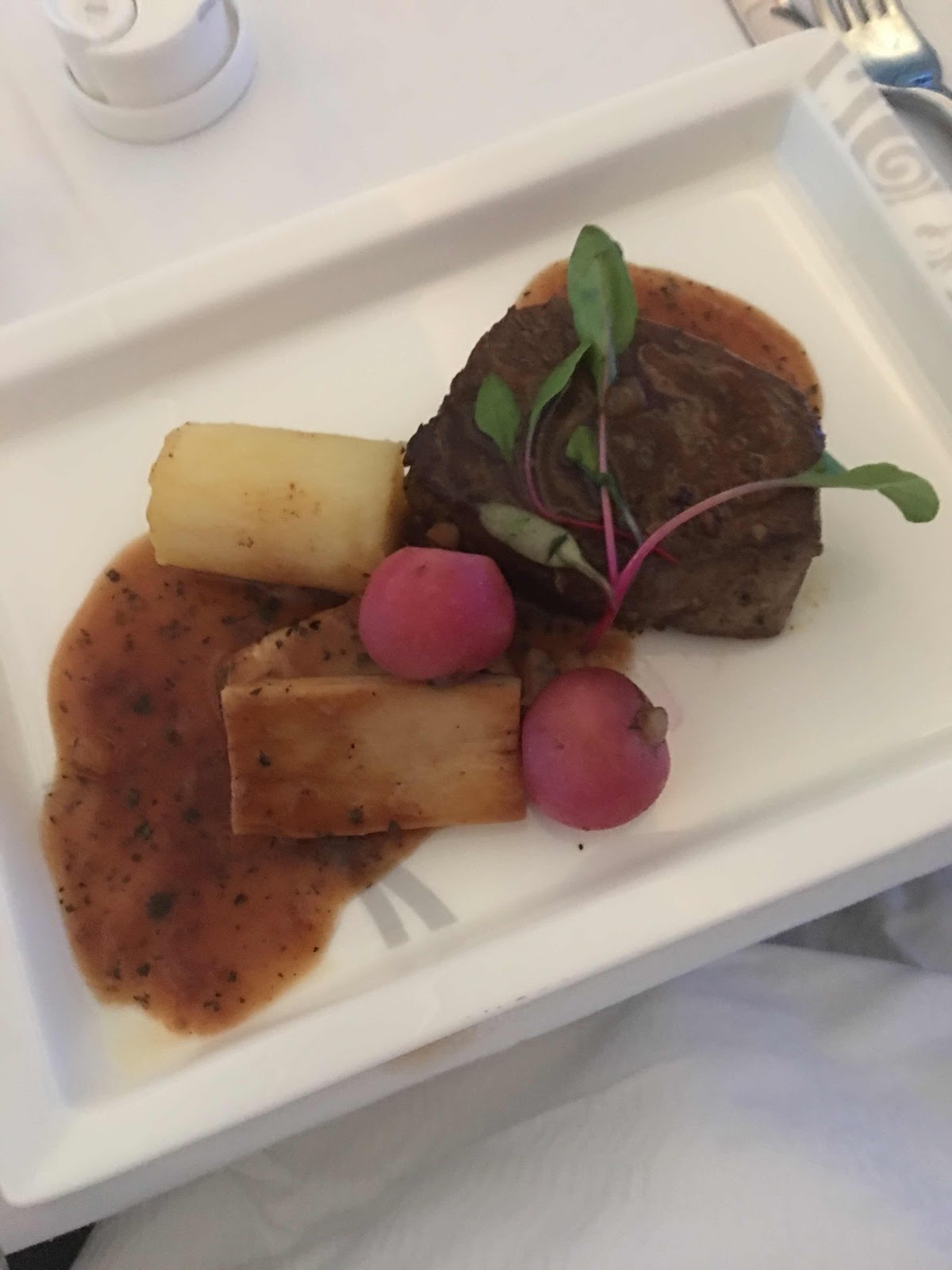 We finished with cheese and dessert. The cucumbers do complement the cheese with pleasing crunchiness. 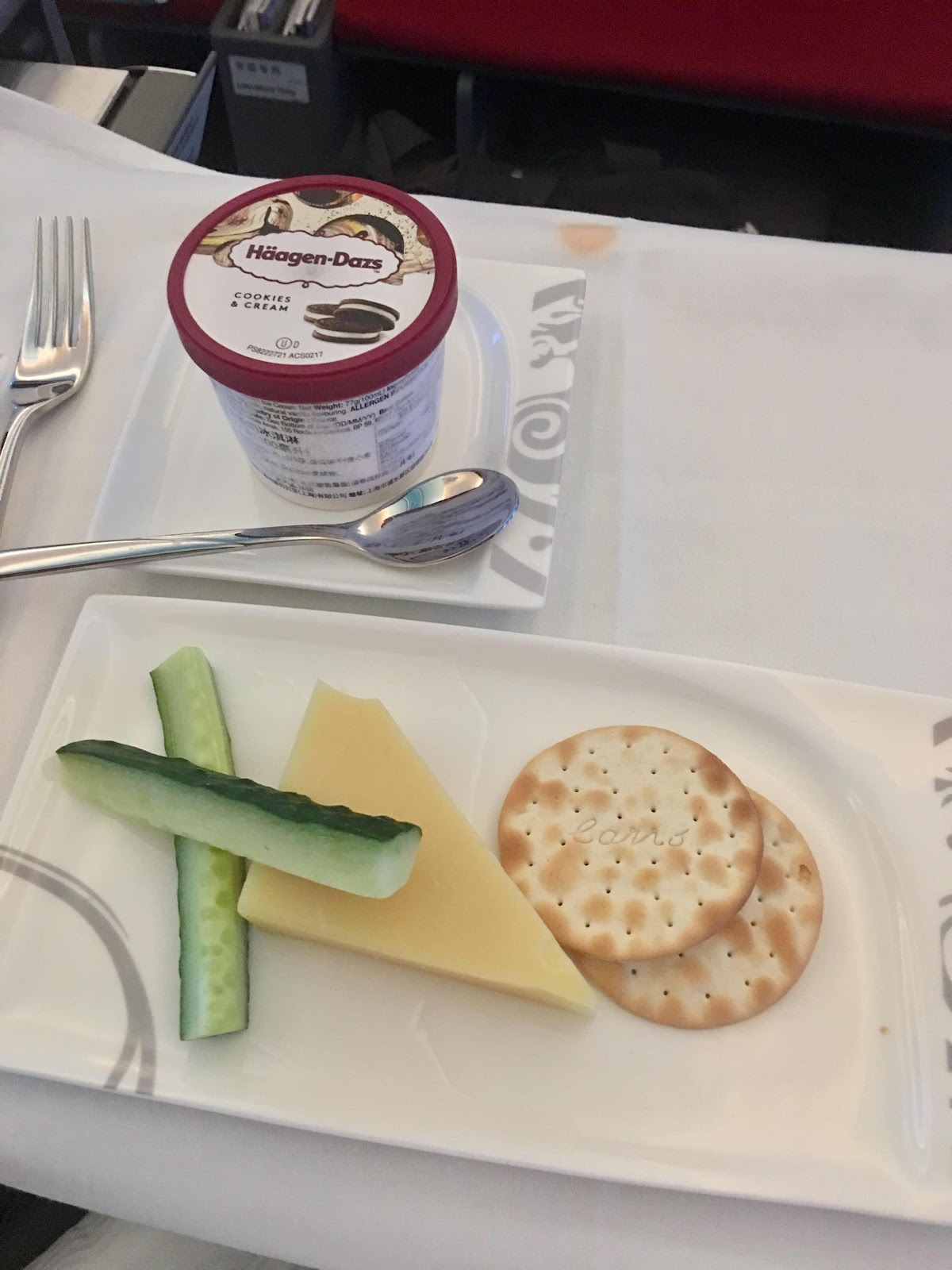 And then it was bedtime as the windows themselves dim on the Dreamliner, and several hours of sleep for Brian, but none for Kathy, who will have to catch up at home. 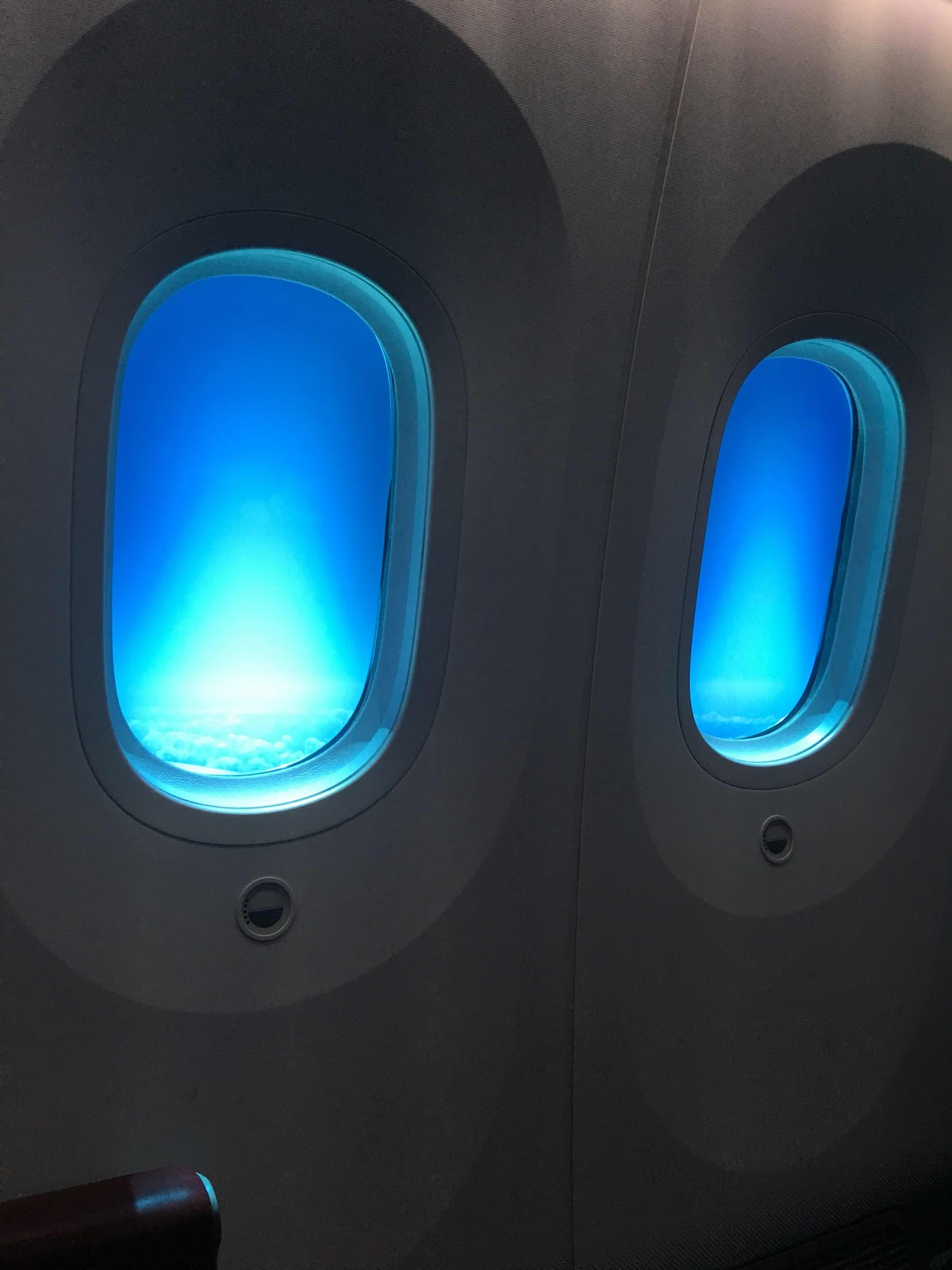