A Funny Thing Happened on Our Way to Bellingham

Our flight home from our Colorado trip started with an 8:00 AM departure from ABQ. Alaska had upgraded us to First, so we enjoyed their rather filling continental breakfast. 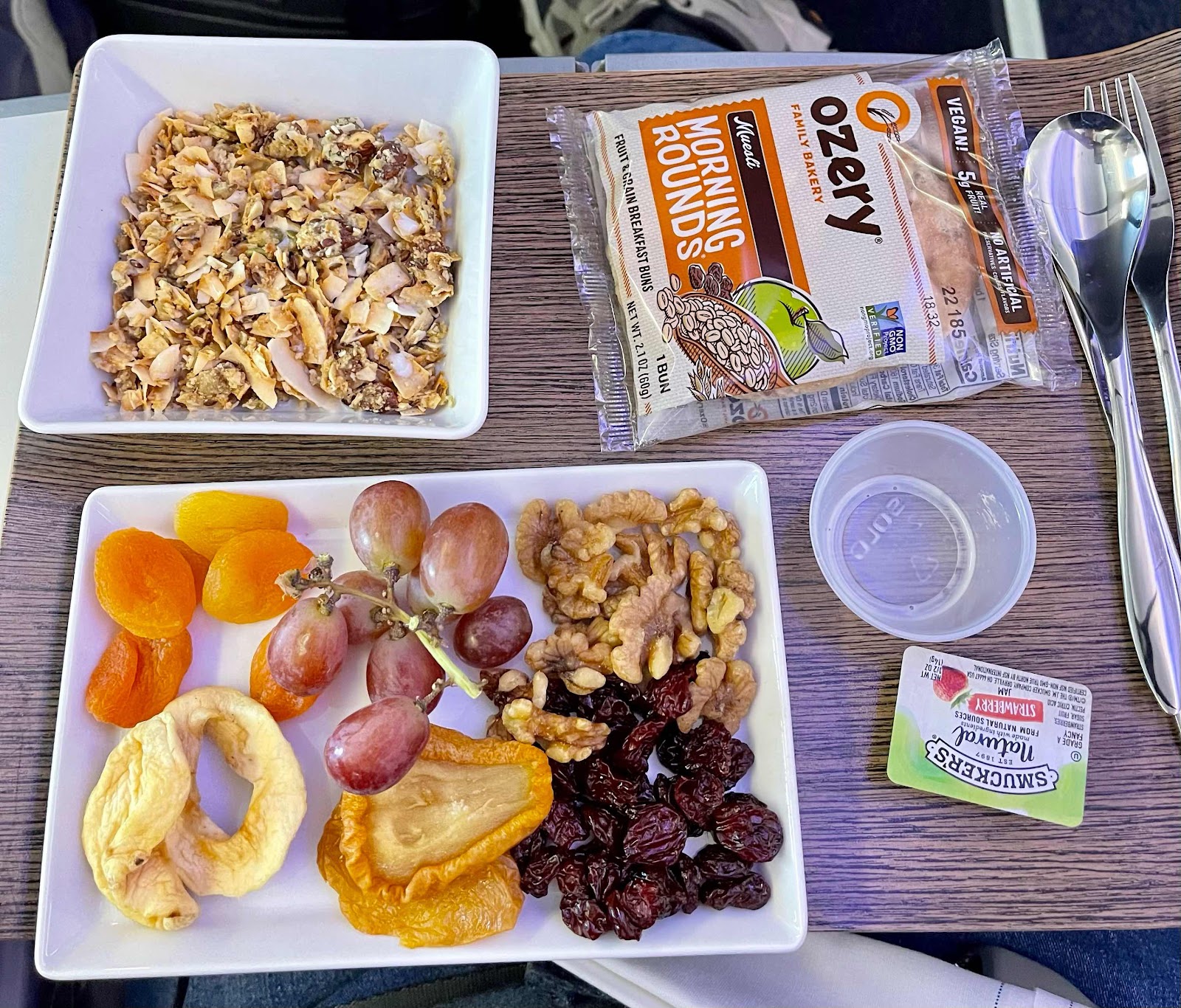 We landed at SEA punctually, giving us a comfortable amount of time to take the train from the N Terminal to C to catch our short hop to BLI.

We boarded the Q 400 and settled in to our favored Row 2 emergency exit seats. 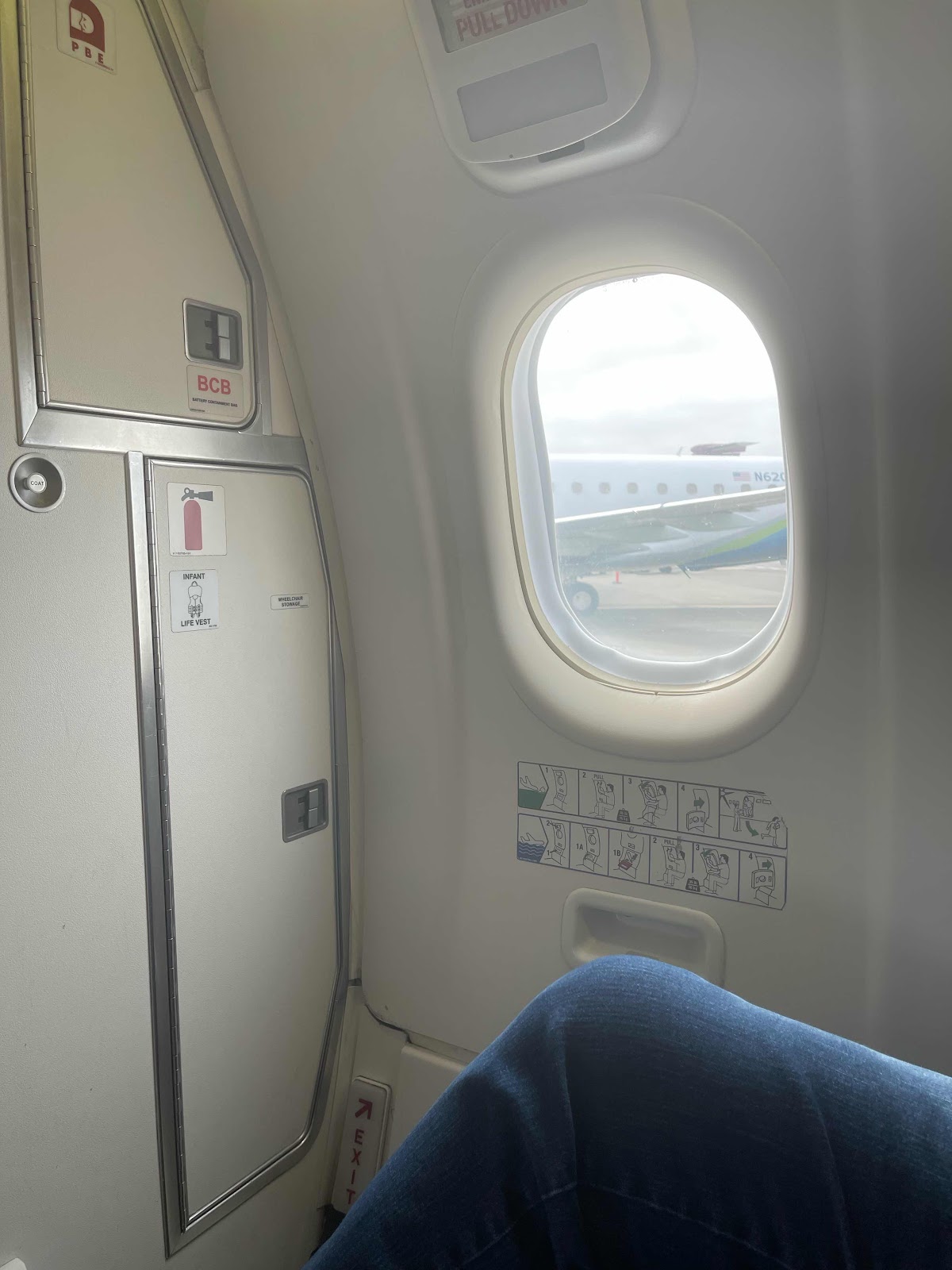 Greeting us was a friendly employee attired in an orange "flak jacket" rather than the usual flight attendant uniform. 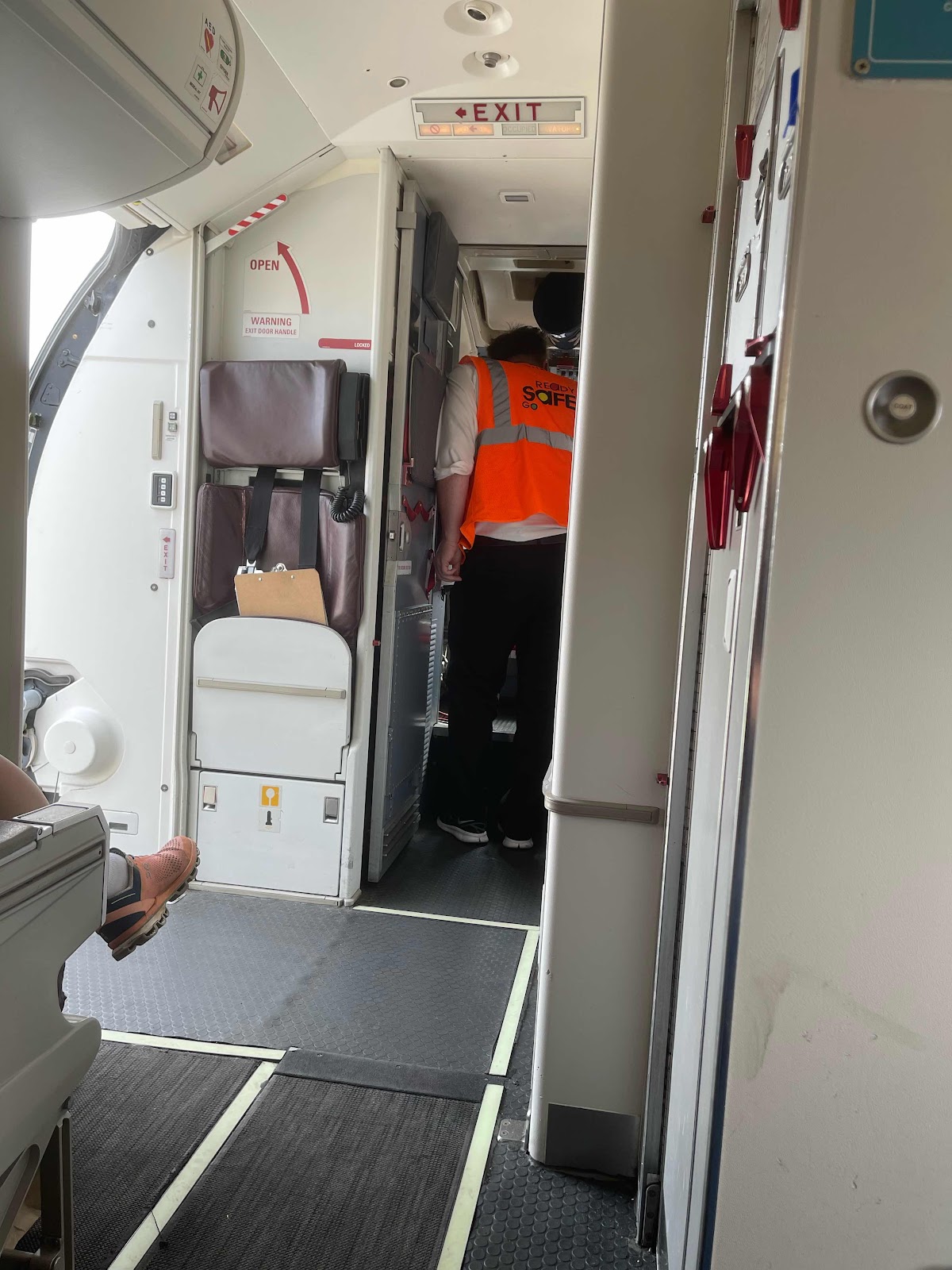 He also gave us our emergency row briefing quite competently. We came to find out he was a flight attendant scheduling supervisor who was filling in while awaiting the arrival of the F.A. who would actually be working the flight.
We waited, and waited some more as ongoing apologies ensued from the pilot. At one point we were told "he's in the airport" and "it won't be long." However, the phantom F.A. never materialized, and eventually the supervisor filled in to fly with us up to BLI. When we thanked him, he replied he'd be happy as long as he got back home in time to watch the Seattle Seahawks opening game on TV that evening.
We landed about 45 minutes late, virtually doubling the total flight time, but since virtually nobody takes a connecting flight at BLI, there was little or no harm done.
The Chevrolet Spark roller skate that proved to be the Hertz “manager’s special” was still waiting for us, and the back seat fortunately held our cooler, now packed with frozen Colorado ground beef, courtesy of Kathy’s brother. 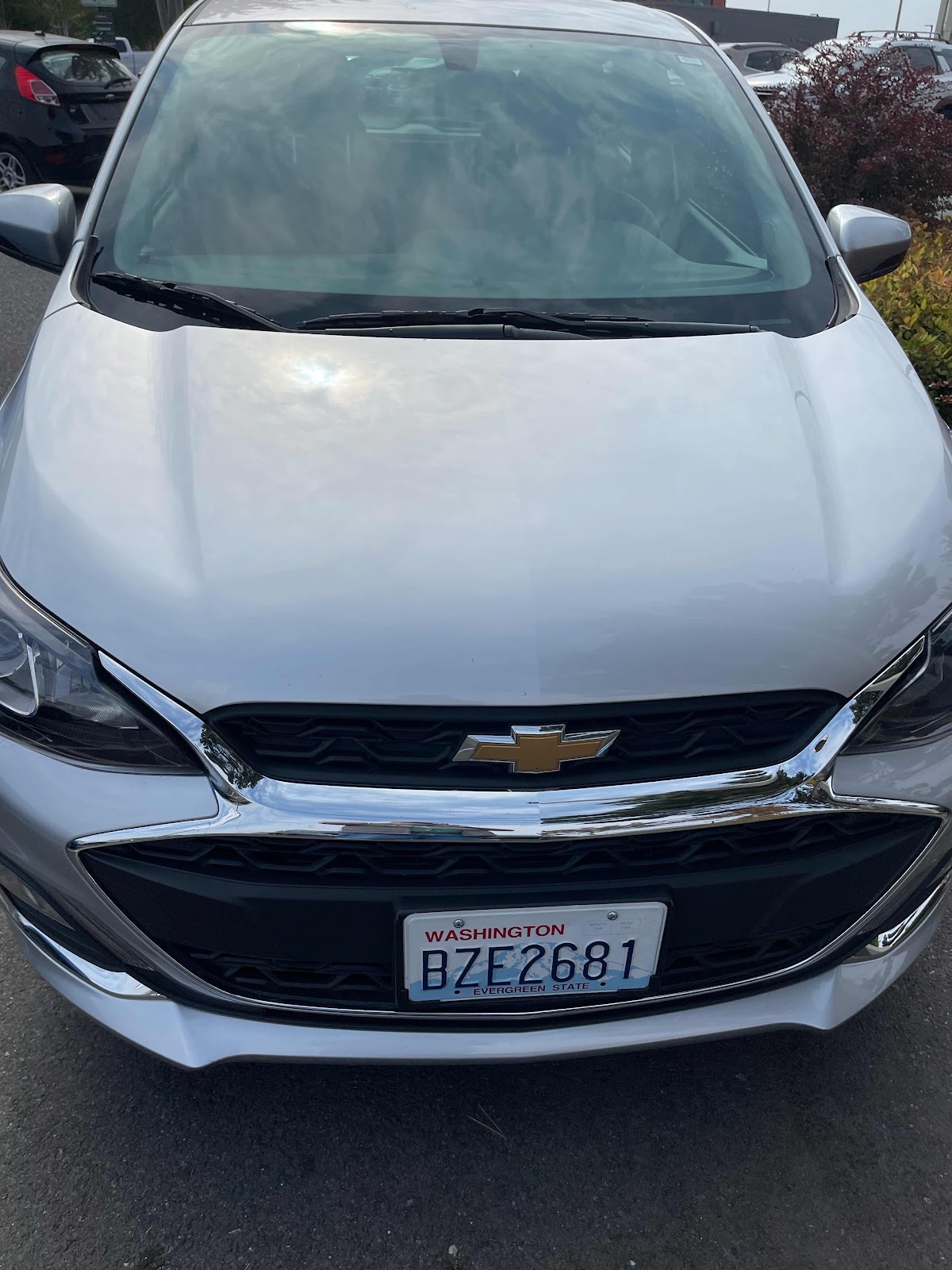 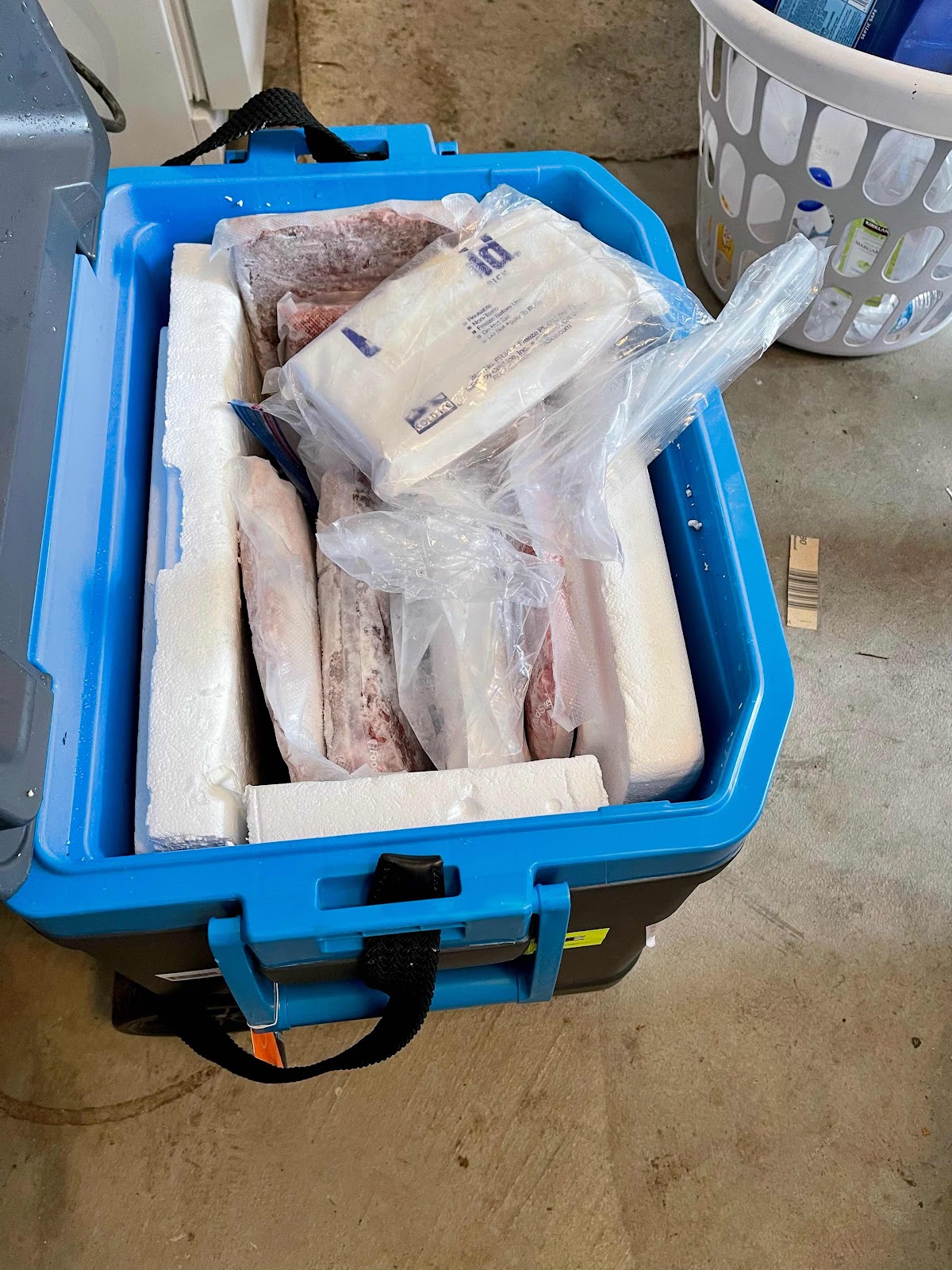 It was a good trip that ended well, despite the logistical challenge of carrying frozen food in both directions.
Posted by Kathy and Brian at 8:04 AM