We checked out of the Kensington Hilton this morning and stored our luggage before using our Oyster Cards to hop on the Underground for a ride into central London. 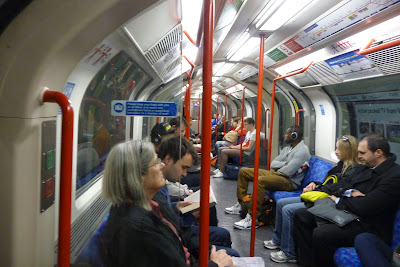 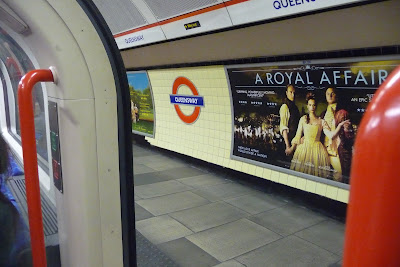 We wandered over to Buckingham Palace but the crowds were immense, awaiting the start of parades and various other festivities as part of the celebration of Queen Elizabeth II's Diamond Jubilee. Friendly Bobbies (6000 assigned for the weekend!) and other officials were conspicuous everywhere. 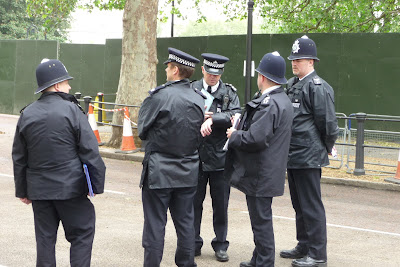 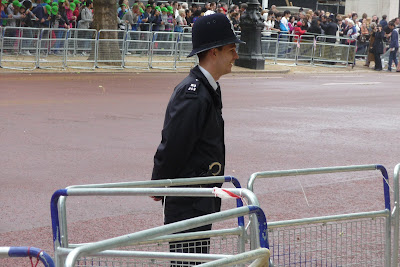 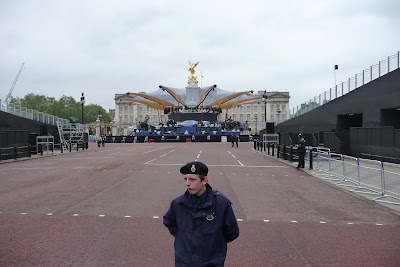 We quickly grew tired of the madding crowd and headed for the Thames for a surprisingly peaceful stroll. 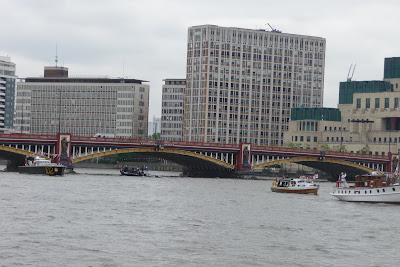 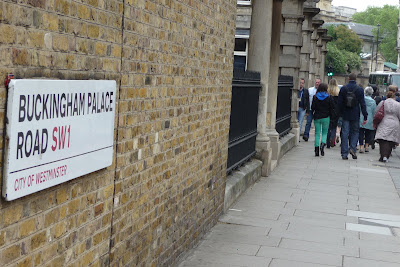 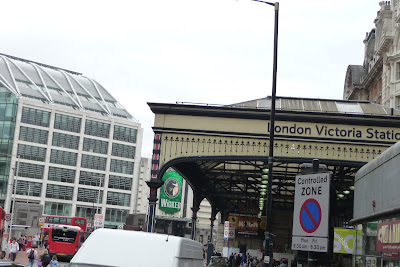 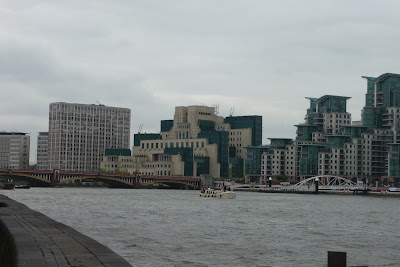 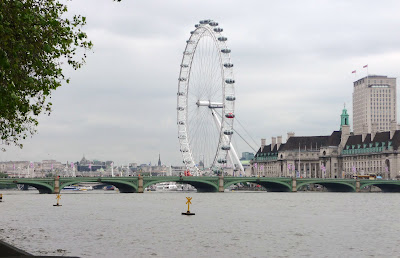 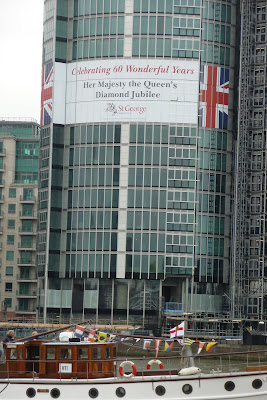 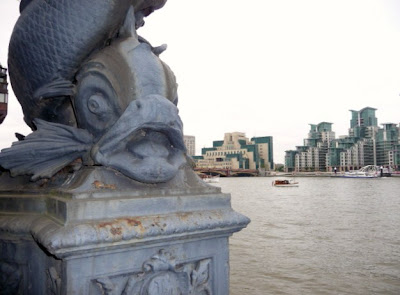 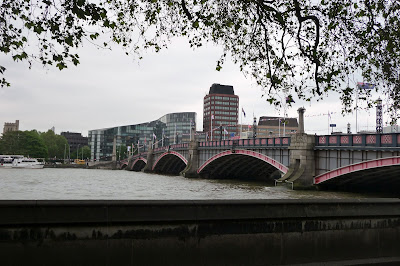 Being London, there are statues and monuments everywhere. We took time to admire a few. Just below is one casting of Rodin's The Burghers of Calais, "the public Rodin that nobody owns." 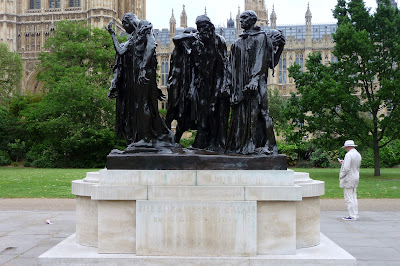 Once we neared the Parliament buildings, everywhere we looked there were reminders of British history. 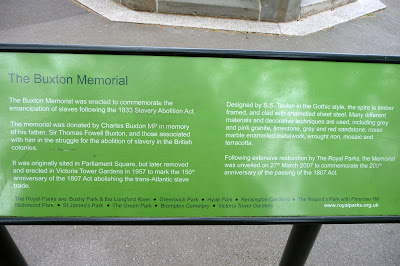 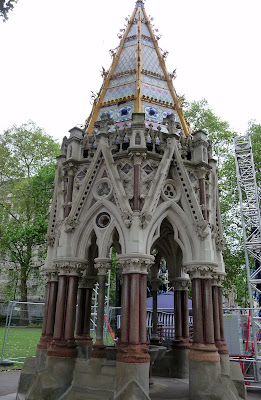 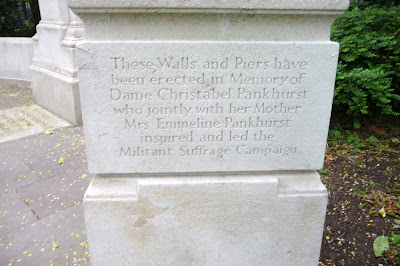 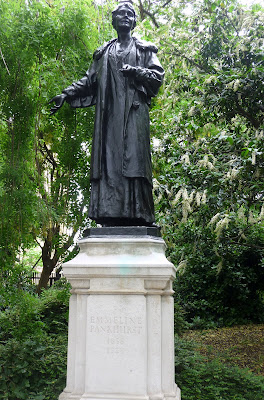 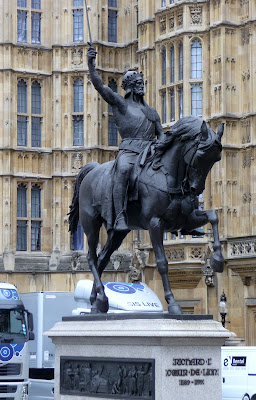 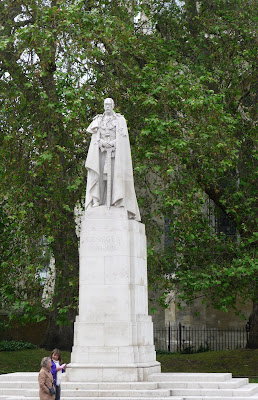 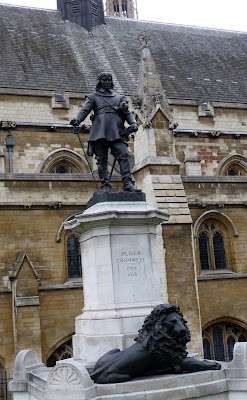 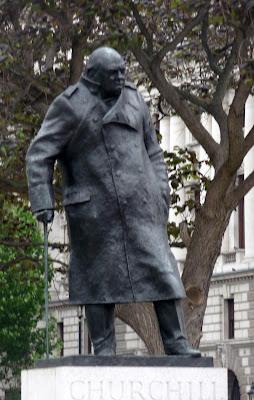 We gaze at the main entrance to the Parliament Buildings before catching the Underground back to our hotel to pick up our luggage. 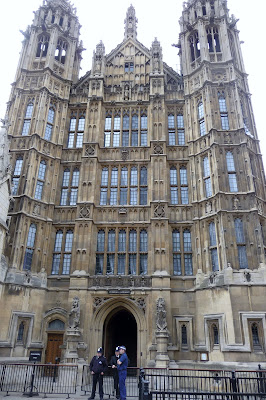 Once back at the Shepherd's Cross Underground stop, we stop for one last tasty British lunch that turns out to be at The Real Greek in the nearby shopping center. 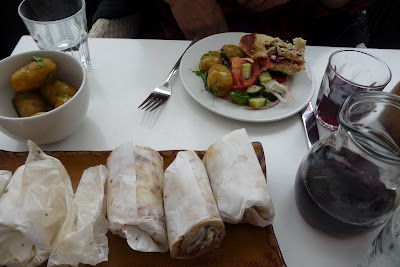 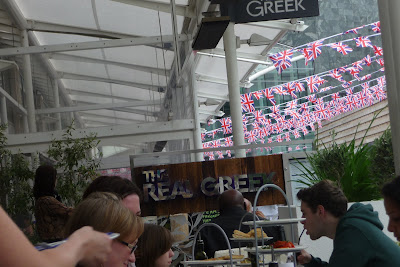 We stroll past the display of British flags and now, two hours later, we're sitting in the Heathrow Hilton readying ourselves to board our flight early tomorrow morning. 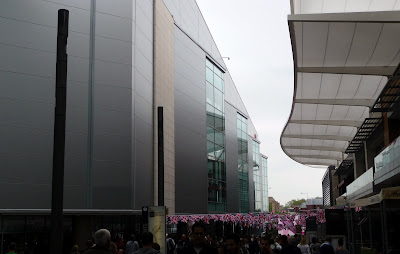 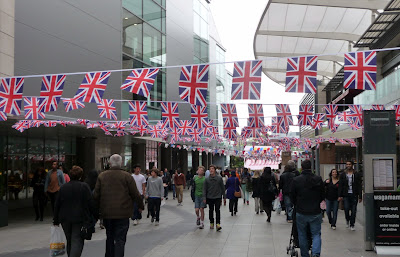 It's been a good trip.