All in all, we enjoyed our flight to Dallas.
It got bumpy as we approached the airport, the landing gear went down, and suddenly we were climbing again.
20 minutes later, after we'd parked at the gate, the pilot announced an airport vehicle had been on the runway, so we had to go around and find a new spot in the queue. He probably wanted everybody to know it wasn't his fault.
We called a shuttle bus and we're now ensconced at a nearby Enbassy Suites, one that looks very typical of the brand, although so far not as worn as some built in bygone decades. Apparently it's been recently renovated and gets good reviews.
Onward to their happy hour, and then perhaps some Texas cuisine, of which we'll be in short supply for the next two weeks. 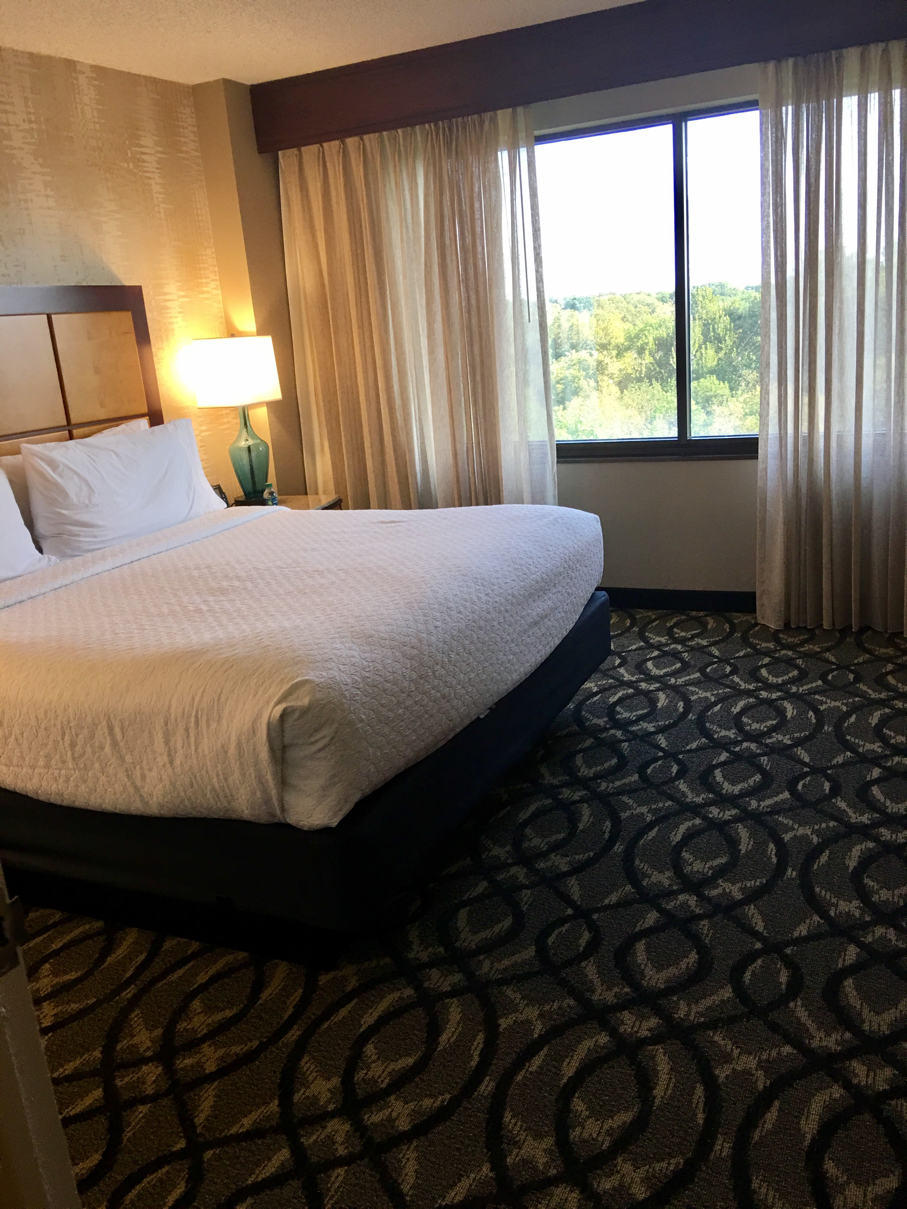 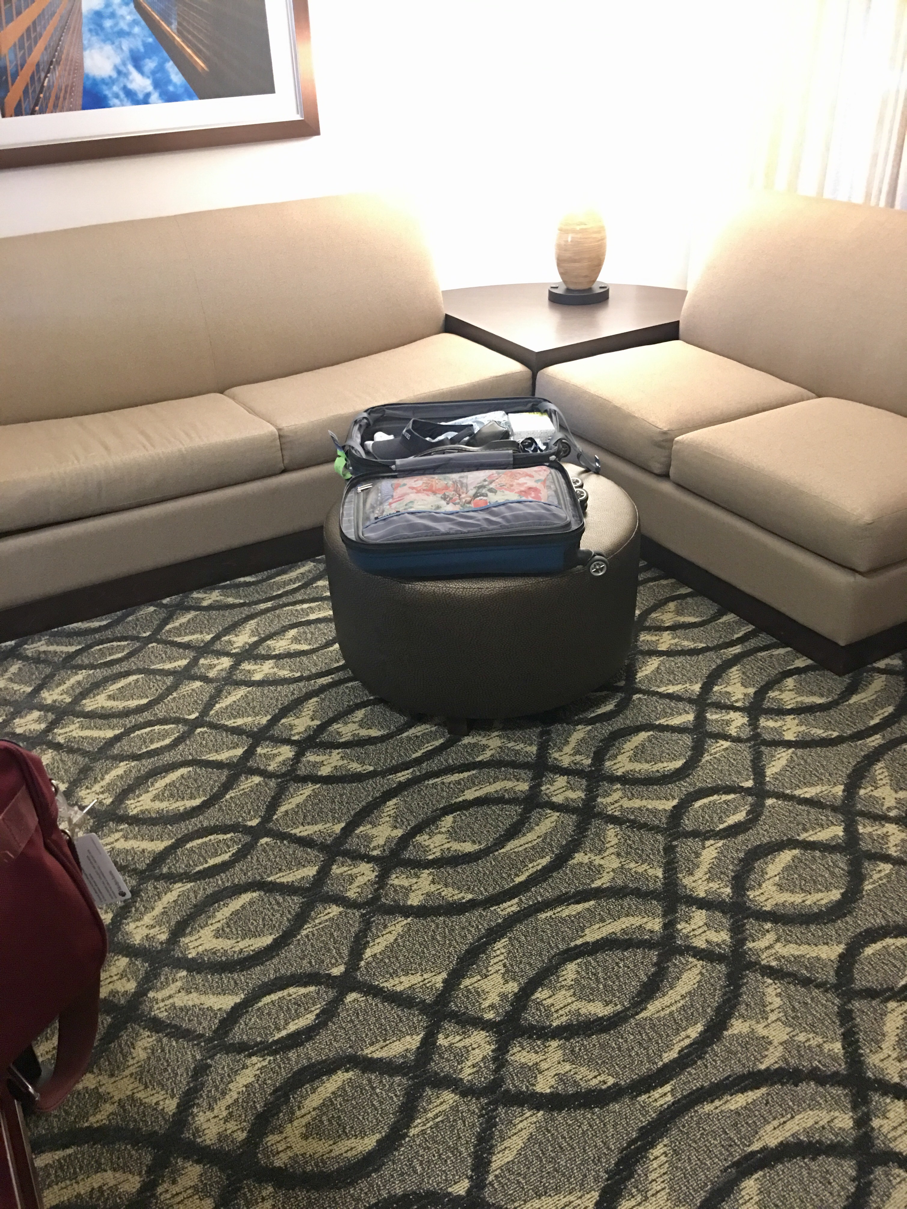