Answering the door at the Hilton Chongqing 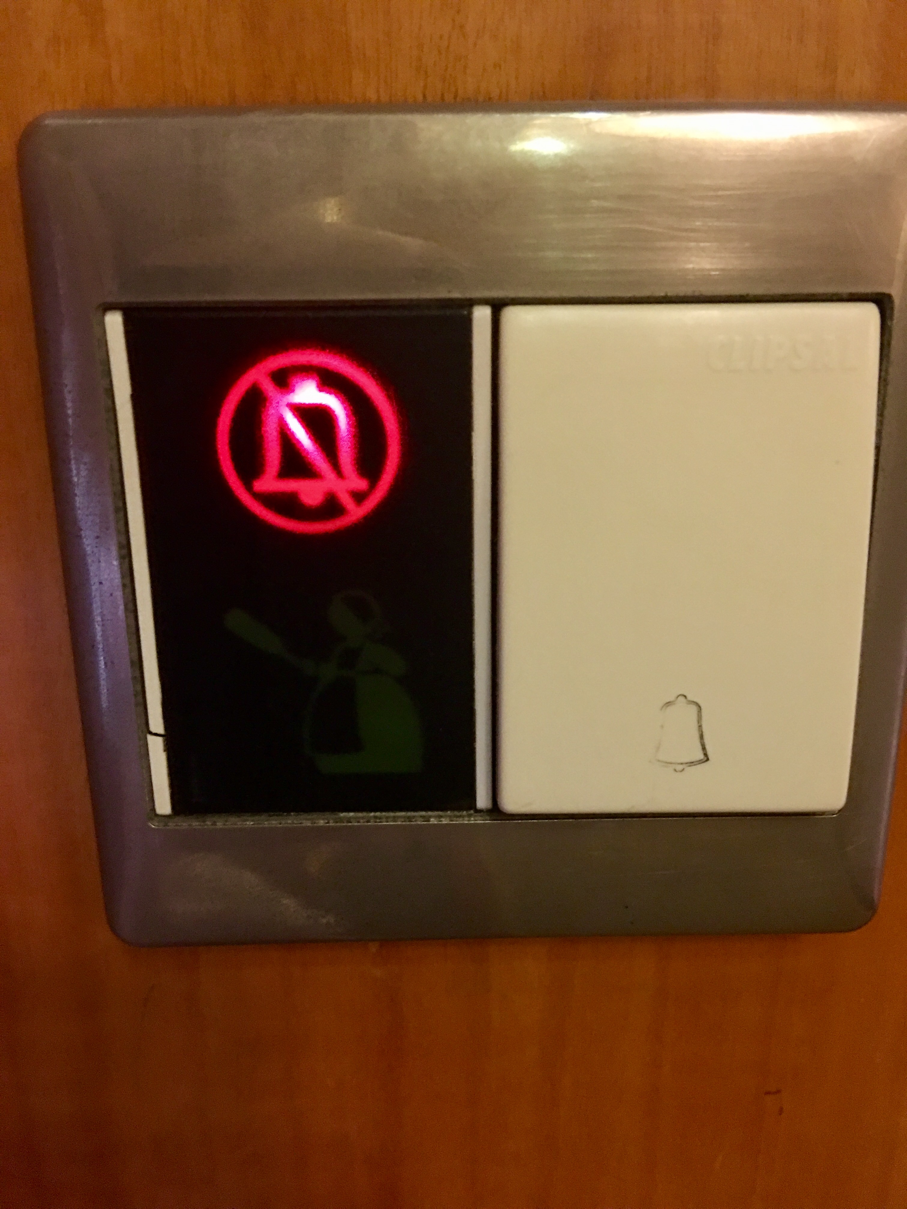 Every day brings a reminder that we're not in Kansas anymore.
We walked around the neighborhood near the hotel for an hour or so yesterday afternoon, and returned to our room for a brief nap.
We were half-dozing when the doorbell rang. Brian quickly dressed (we hadn't yet discovered the bathrobes in a drawer). It was a housekeeper arriving for the afternoon sprucing up.
Brian got it across that we needed nothing, other than a top sheet for the bed - sleeping under a heavy duvet in a room without air conditioning is no fun.
When Brian closed the door, he also activated the little red Do-Not-Disturb light.
Just as we were getting back to sleep, the phone rang. It was somebody requesting us (not asking) to open our door for a delivery. An embarrassed looking woman darted in with a gift fruit plate and withdrew just as quickly.
After a good laugh, we gave up on the nap idea.
Today we both had to put on shower caps to enter the swimming pool, after walking through a foot bath and taking a shower. Kathy actually had brought a swim cap and an employee gave Brian the shower cap.
Next to the pool there's a sign above a wastebasket directing people to spit only in designated dustbins. Spitting has been a custom here that the government has been trying to stamp out for decades.
Tomight is New Year's Eve. We're planning to eat in the hotel's Chinese restaurant. Who knows what adventures we'll have?
Posted by Kathy and Brian at 10:20 PM