Gate 1 served us an elegant farewell dinner aboard the Monarch Queen last night, starting with the captain’s closing remarks and a “champagne” toast in the lounge, followed by a menu that included a prawn appetizer, filet mignon (or halibut) and Baked Alaska for dessert in the dining room.
We went bed early, wondering if our sleep would be disturbed by all the early risers, some transferring to the airport as early as 4:15 AM. Fortunately, our fellow passengers were considerate in the main (on the Main?) and we slept well.
After a leisurely breakfast, we left the ship a little after 8:00 AM, walking two blocks to a Strassenbahn stop,  route 11 to the Hauptbahnhof where we could transfer to an S-Bahn to the airport.
First hitch: the fancy fare machine at the stop wasn’t working so we took a chance on the advice of a local and rode the streetcar without a ticket. No ticket inspectors aboard today - whew!
We did buy a ticket at the train station, although we don’t know whether we added a second ticket for Brian or an extra zone for Kathy.
Second hitch: We walked down to the platform and a train was sitting there with doors closed. We figured a security check but eventually it left, leaving a crowd on the platform.
An employee appeared and said another train would arrive at some point in perhaps 40 minutes, or perhaps later, but one arrived almost immediately. That Schnell Bahn (fast train) was running three hours late due to construction.
The actual ride to the airport is fairly quick, but we learned again today that not even German technology or train schedules are infallible. 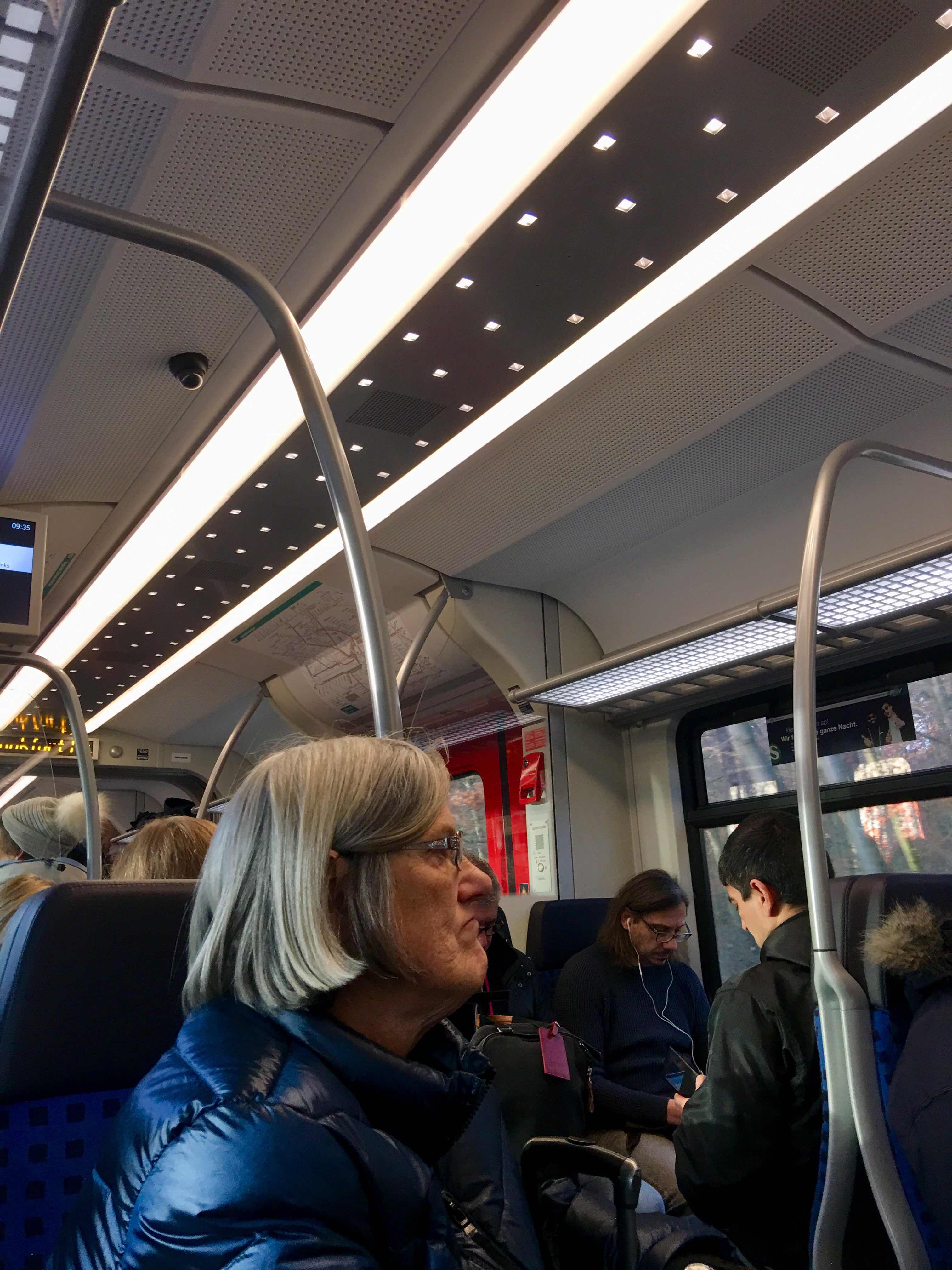 Check-in with Condor was a breeze and our now-checked rollaboards are flagged with red priority tags, although we don’t think they’ll impress the SeaTac baggage handlers.
Condor assigned us to a quite pleasant Lufthansa Business Lounge just across from our boarding gate B45 in Terminal 1. 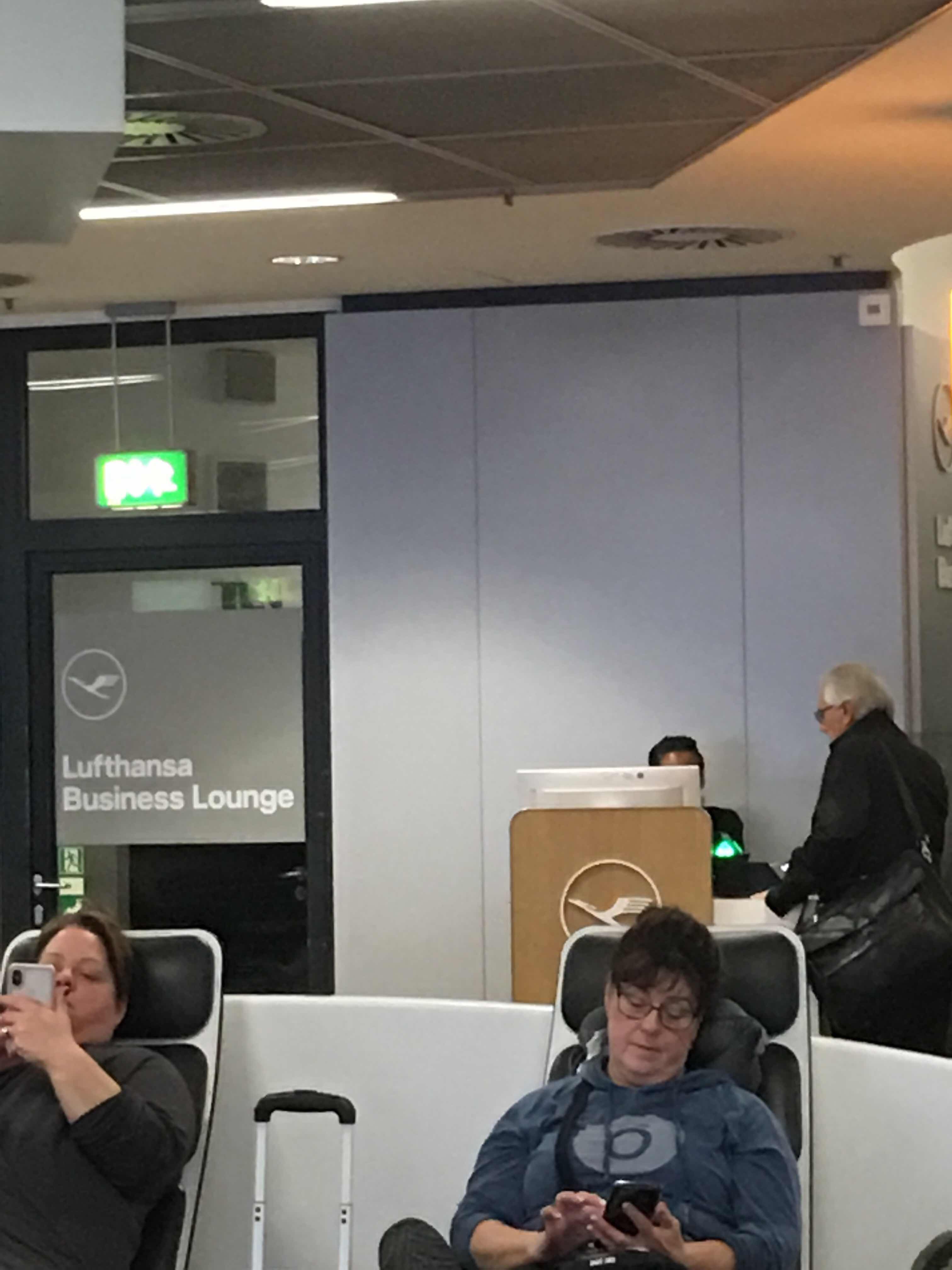 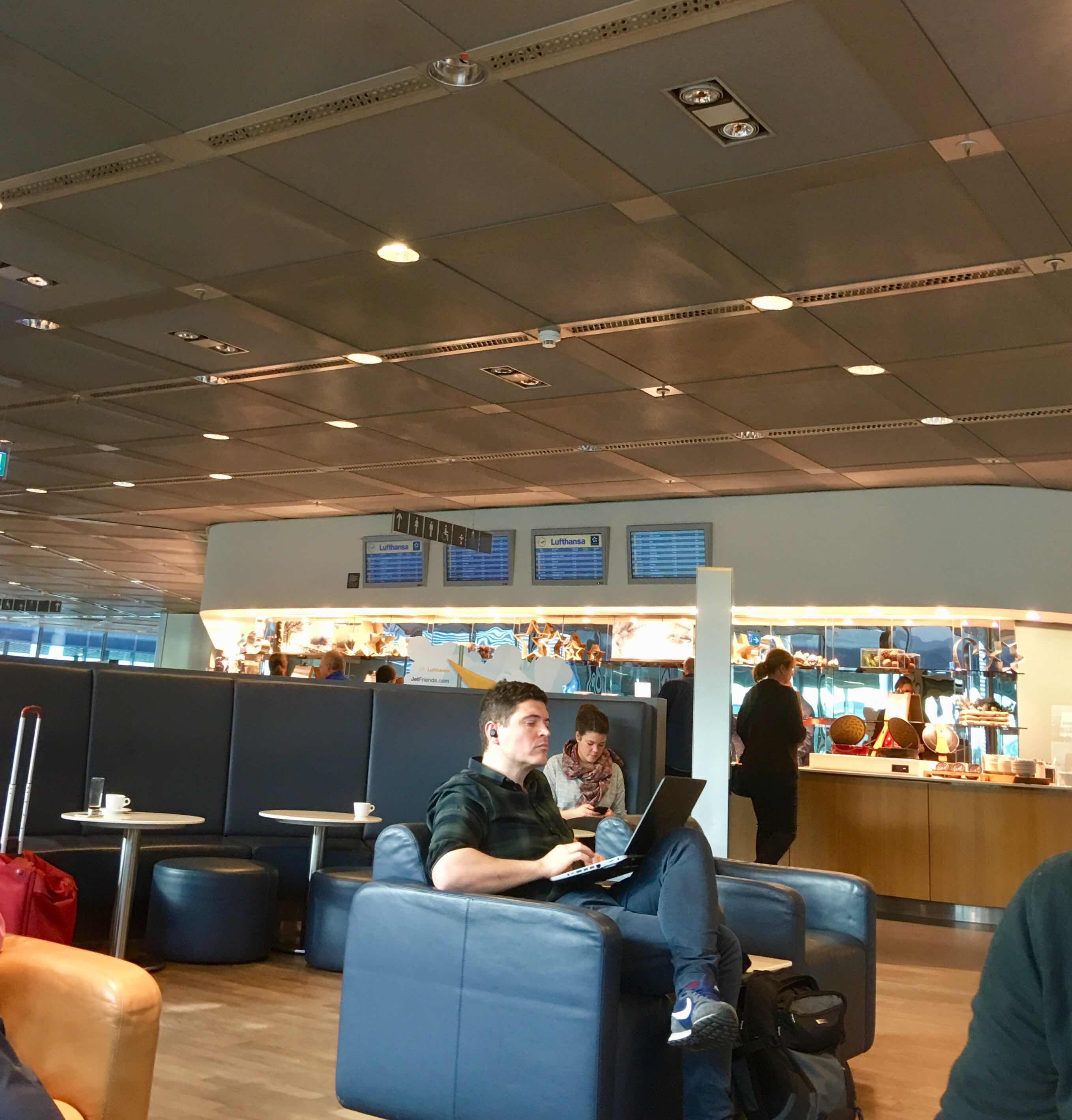 We’ll be here for about three hours and have lots of time to watch planes. 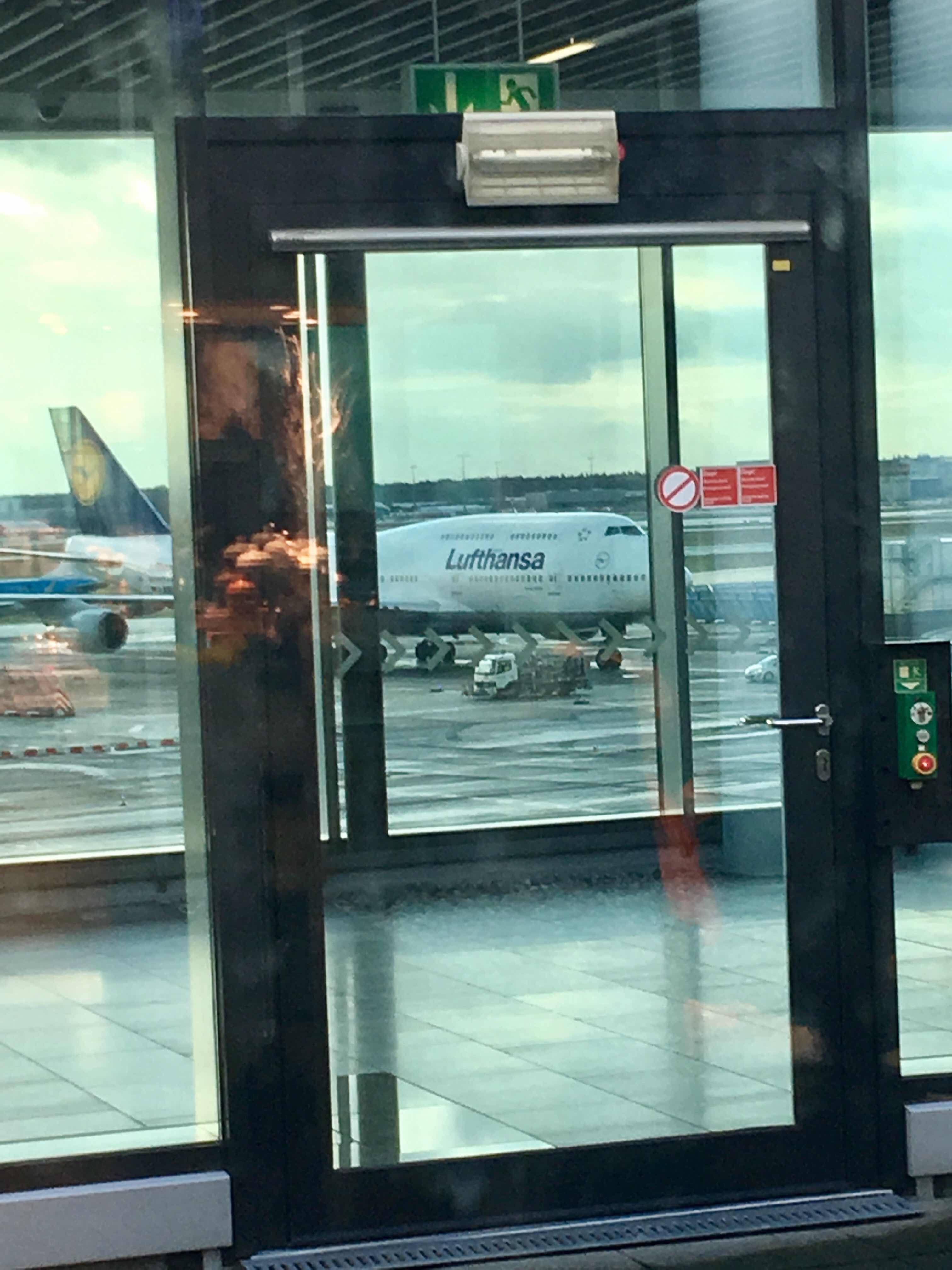 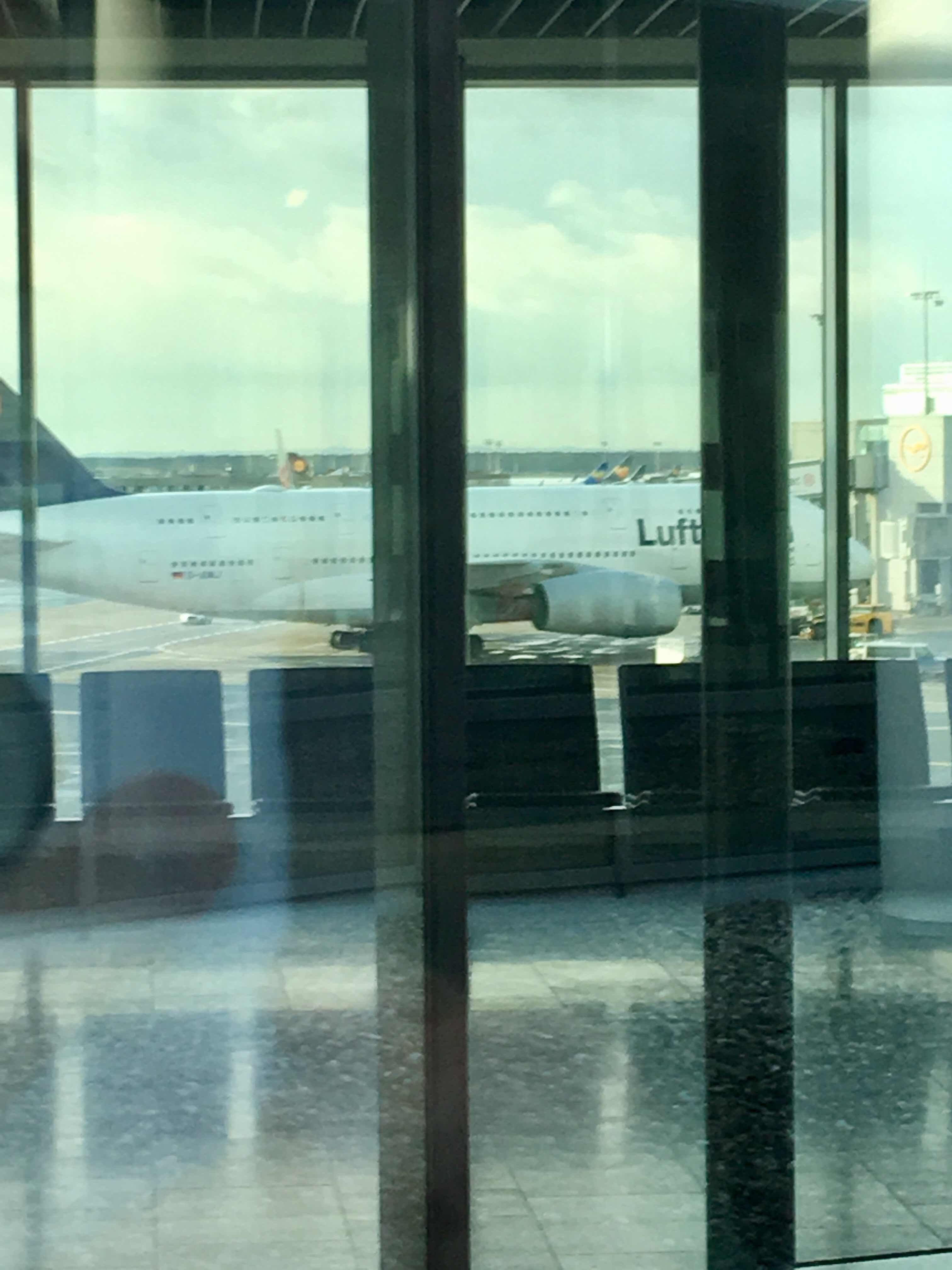 It’s also our last chance to savor some German specialties, including the Kugelhupf that Kathy’s Viennese Hausfrau served as a Sunday morning treat. 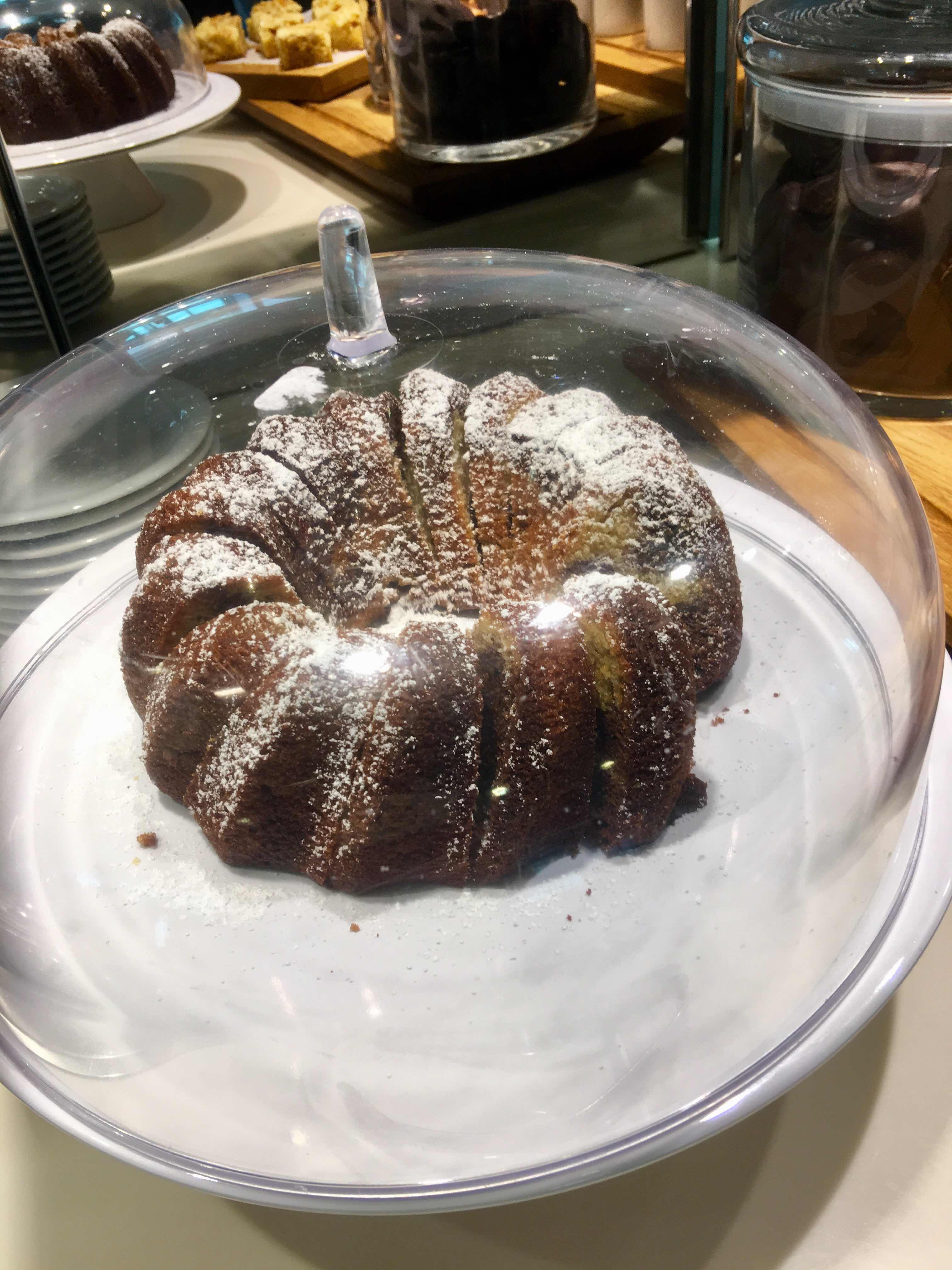 Brian picked up a piece of apple cake too, just to balance the plate.
And wouldn’t you know the sun is - finally - shining brightly through the dirty lounge window, just as we’re about to leave for Seattle? Oh well - it’s been a fine trip, with better weather than we’d been expecting. 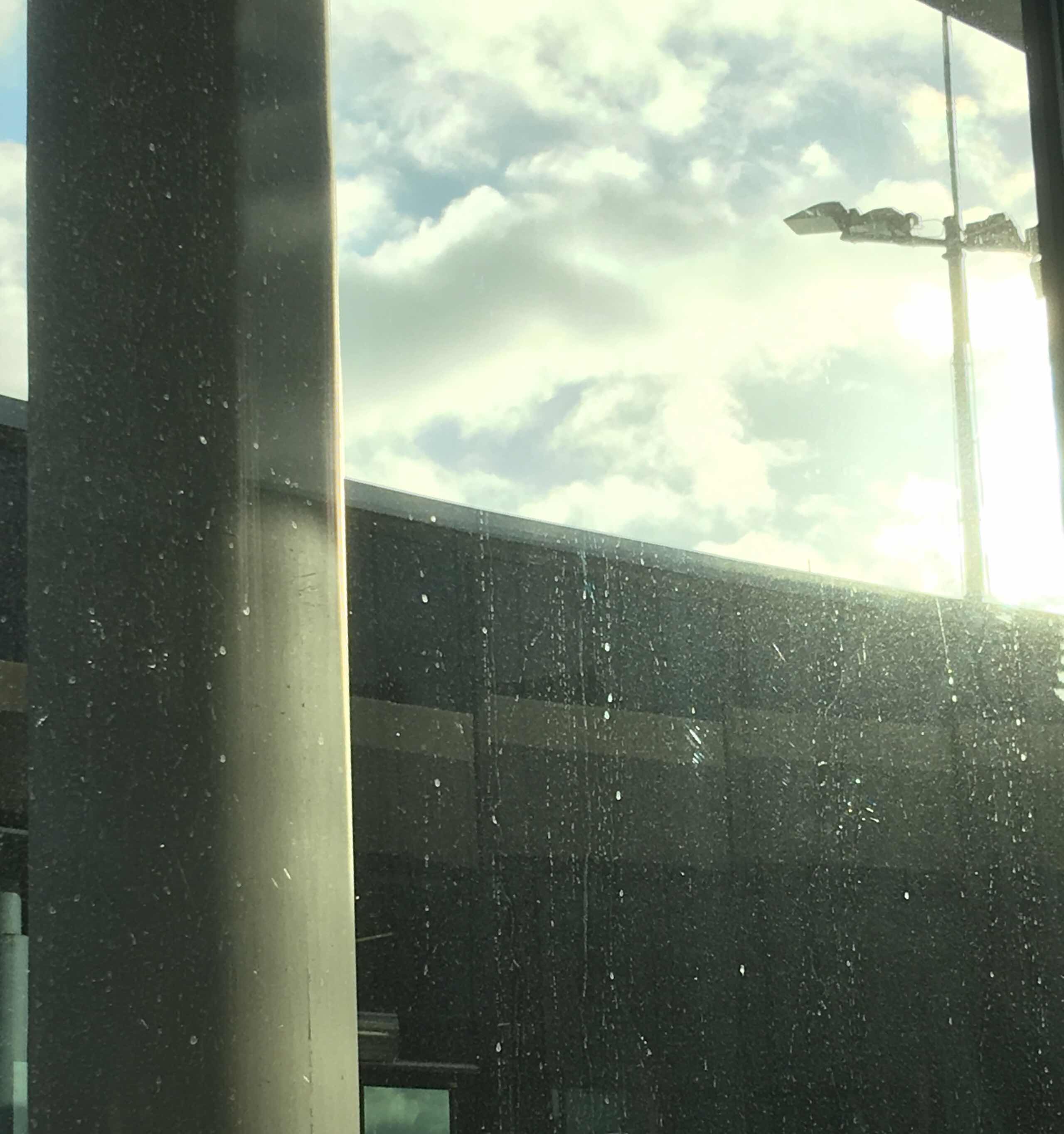 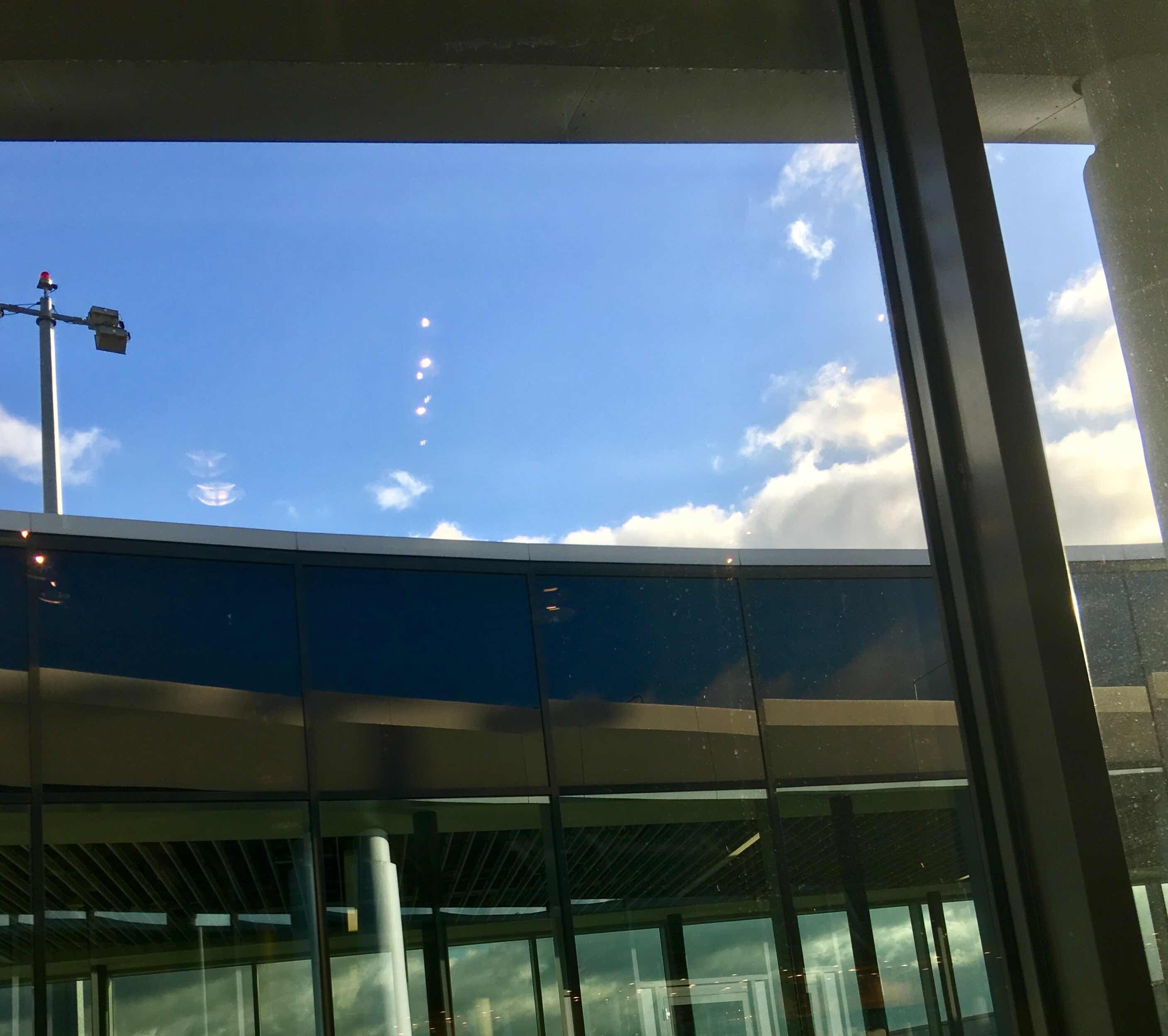