A Good Afternoon of Flying

We comfortably made our second and settled comfortably into Row 1 together after a kind passenger offered to trade with Kathy.
A new cabin crew marched on about 10 minutes before departure, while the crew that had greeted us left. That’s a new one for us.
The pilot had been warned of turbulence near ABQ, so meals were served early in the three-hour flight. We chose Alaska’s interpretation of pho. 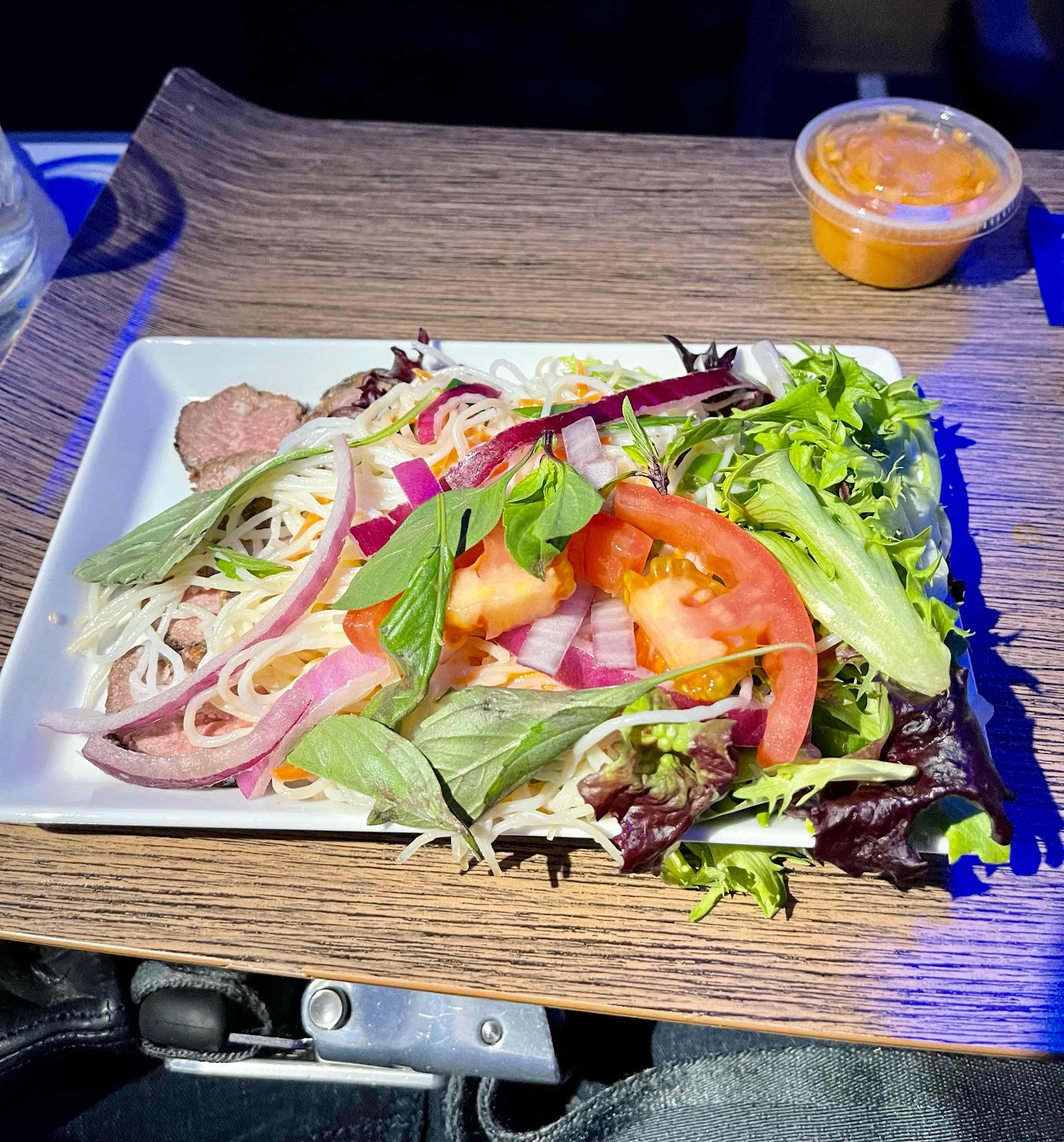 The approach and landing were fairly smooth, and in due course we caught the rental car shuttle bus for that surprisingly long ride. We’ve wondered more than once about the rental car center’s distance from the airport.
We picked up a nice looking Toyota Highlander from Budget and headed towards the Homewood Suites.
Pro tip: Stay right at the bottom of the hill when you see the sign, lest you end up on I-25 heading toward Albuquerque.
We navigated it quite successfully on our second try.