FLL-LAX on Alaska: The Beast and The Beauty

We’re flying FLL-LAX-SEA-BLI today.
There were only three rows of First on the first leg so, despite being 1 and 2 on the upgrade list, we remained in Premium row 7 with an empty middle seat.
That changed when a perfectly nice man and his small dog were assigned to our row. The dog was unhappy about being in a pet carrier, and made his displeasure known with shrill yips as they approached down the aisle. The piercing sounds continued as the owner sat down. The dog was as aggressive toward his owner as an eight-pound dog can be. 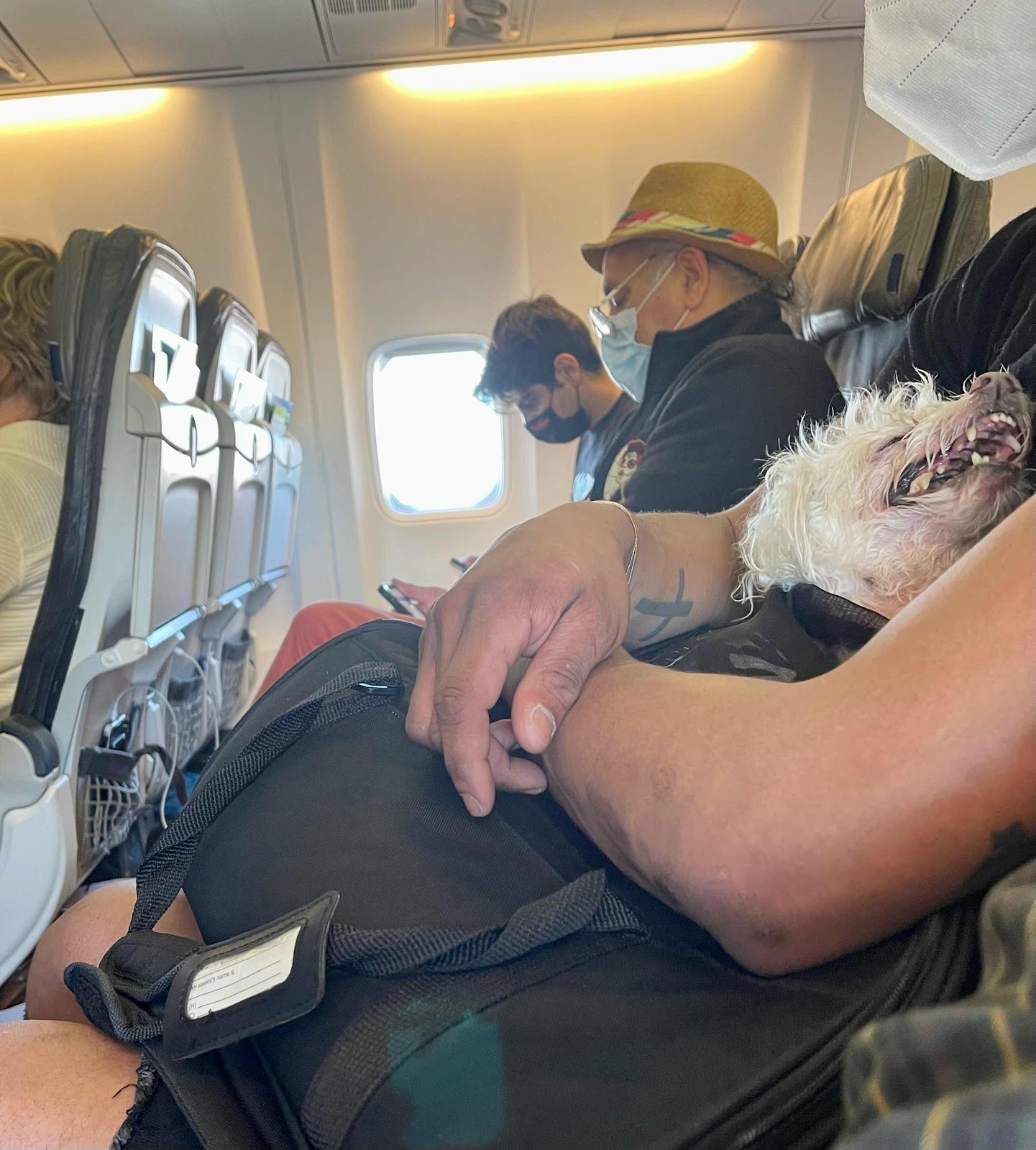 The petulant pooch finally napped for upwards of an hour or two in the middle of the flight, but for the first two hours and the last 1 1/2 hours. The owner smuggled the dog onto his lap for some time until getting busted by a flight attendant.
The owner was extremely embarrassed and apologetic. There wasn’t much he could do, other than obtain tranquilizers from a veterinarian for the return trip.
And the “beauty?”
That was a handsome 14-month-old boy in Row 6 en route back home to Australia with his mother from a visit to grandparents in Colombia. The lad was fascinated with the dog (“Woo,woo!”), so the little beast brightened his travel day, if nobody else’s. 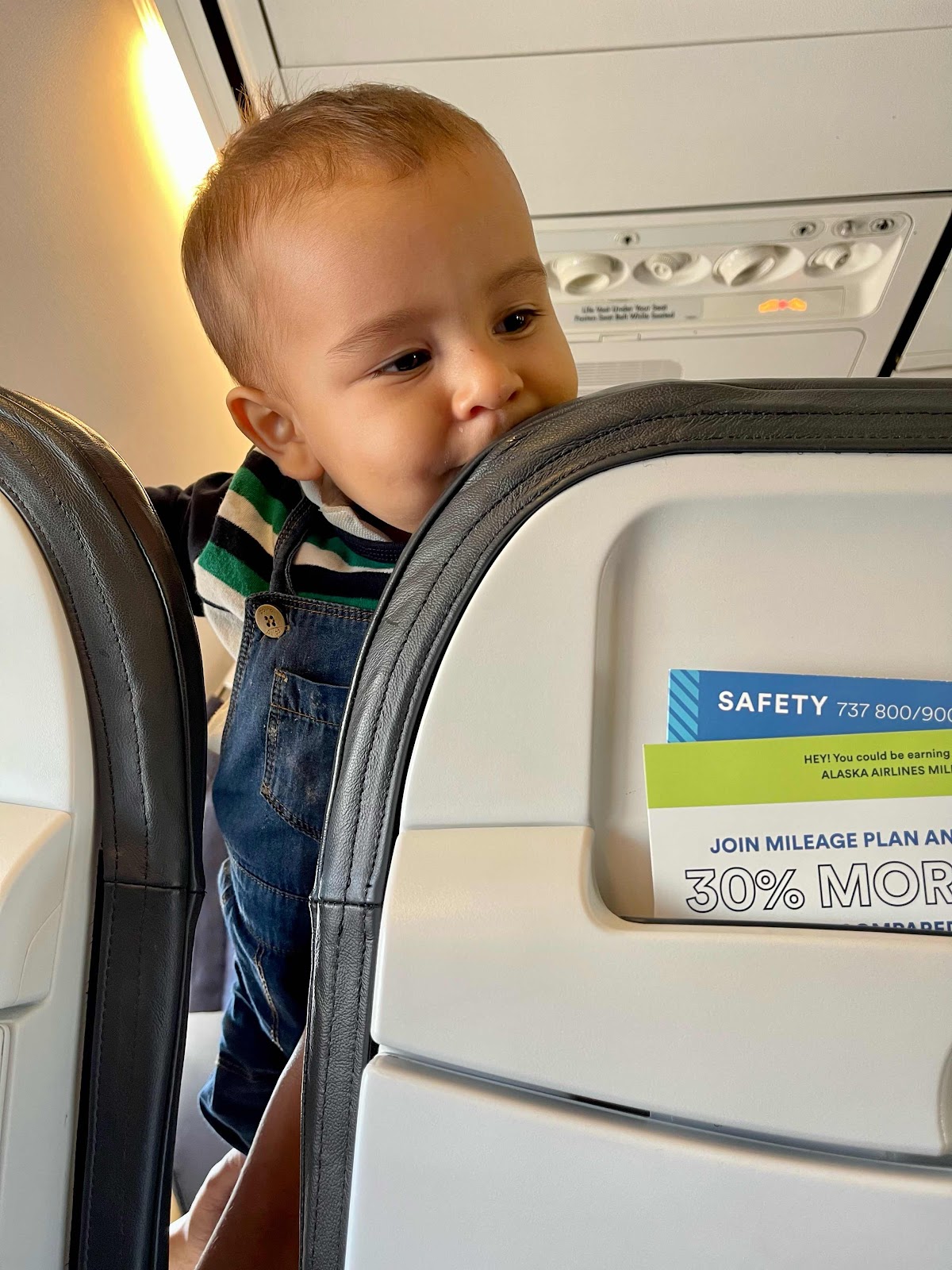 We’ve miraculously found a quiet corner at LAX to rest our ears. We’re flying in First LAX-SEA, hopefully in a canine-free cabin.
Update: seated in our second flight, we get customer care cert emails from our cabin crew in the amount of $75 each, a nice gesture that we’d neither requested nor expected. Woof woof!