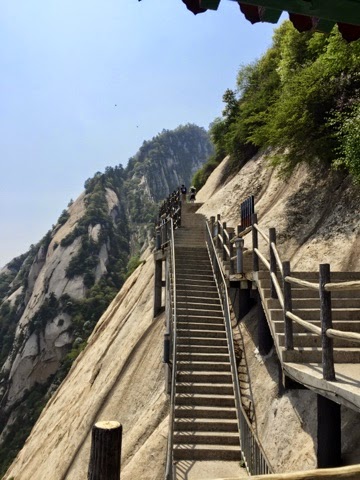 "Shan" means "mountain" and our third day's adventure with Timo and Mr. Wong was a three-hour drive to the base of one  of the most famous mountains in China, Hua Shan, comprising five peaks.
Again, we were lucky on the Thursday before Friday, May 1, Labor Day, that the mountain was relatively in crowded. This is not a place you want people bumping into you.
We first boarded a small bus and traversed switchbacks up to the base of the gondola. Brian was pleased to see it was an Austrian manufacturer rather than  a Chinese knock-off.
Our gondola went to the base of the North Peak, which is "only" about 1600 meters at its summit. The highest of the five is about 2100 meters. They're not that high, but they're most certainly steep.
The two of us eventually made it to the top by walking up hundreds of steps. The treads of a lot of the steps were not designed for big feet and many are also slopes and uneven. Fortunately, we never saw the "most dangerous footpath in the world" (YouTube) and we enjoyed some spectacular views on this relatively clear day in this smoggy part of China. 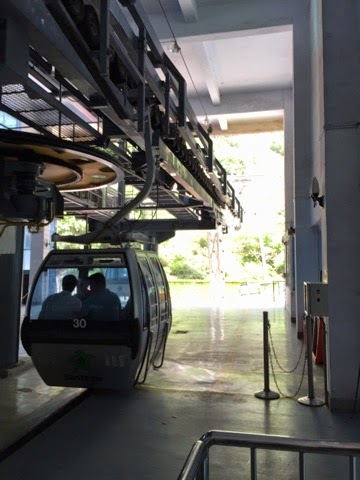 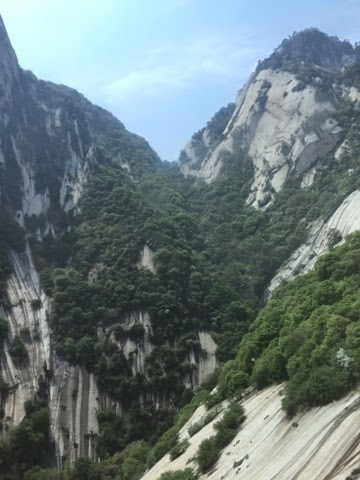 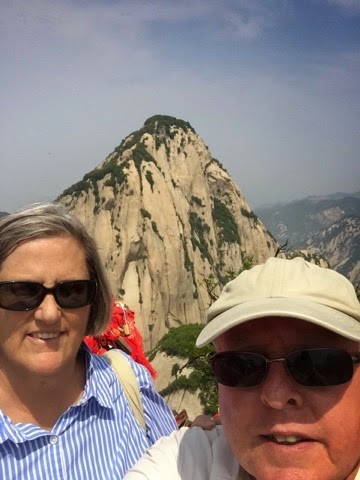 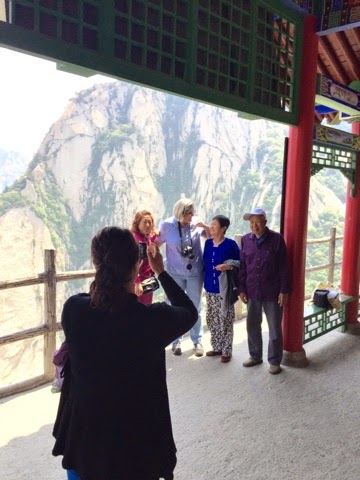 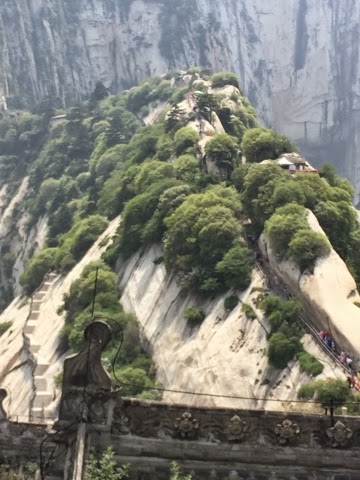 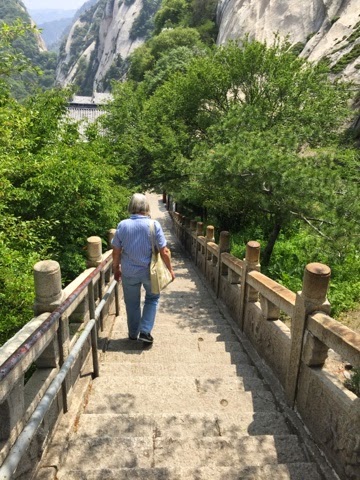 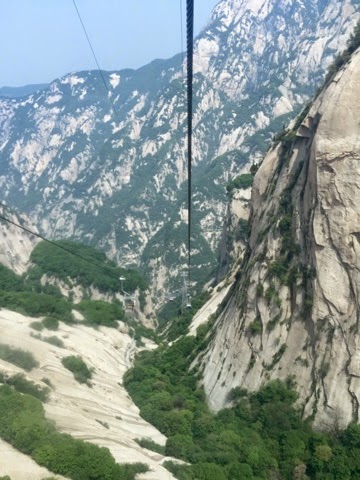 This mountain isn't as large as Huang Shan, another famous mountain we
Visited some years ago, but it still falls into the "very impressive" category.
Posted by Kathy and Brian at 3:47 PM