When we arrived at Menton Garavan station eight days ago at 10:00 p.m., we noticed a group of at least 10 police officers hanging around in a group.
This morning when we arrived at 8:00 a.m., there was a similar group of 10. One of them joked with Kathy when her rollaboard started going in a different direction.
Sitting on a bench being guarded were four reasonably well dressed young men.
When we boarded our train, which originated in Ventimiglia, the police walked through the train on its first stop in France, clearly looking for "migrants." They directed at least five more men off the train. That's quite a "haul" before 9 on a Sunday morning.
It is definitely a problem. As for us, we boarded the TGV at Menton and have just pulled out of the Monte Carlo station on our way to Paris.
We're sitting in a TGV First Class car that seems a little older than the iTGV car we rode in on the way here, but still quite nice. 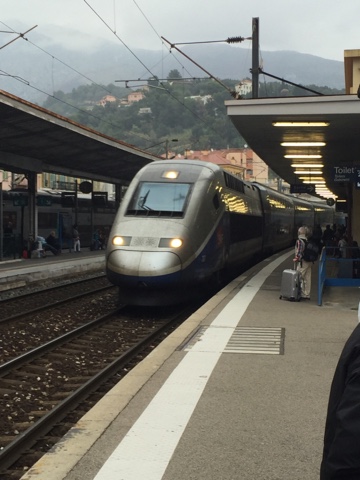 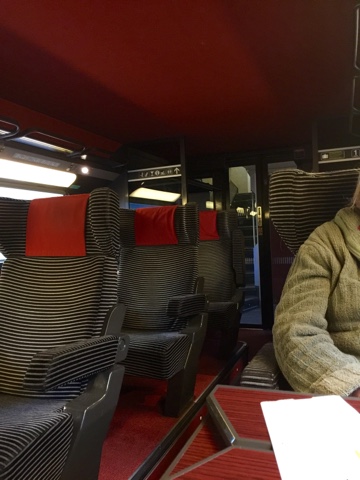