(This and the previous post are in reverse order because this one didn't publish until we landed. We did just fly from Buenos Aires to Mexico City!)
Once the checkin counter opened an hour after we arrived (Aeromexico warns customers to be at the airport three hours before flight time) everything was a breeze.
The Argentine authorities take your photo and your thumbprint on departure as well as arrival but it didn't take long, nor did security, a metal detector and cursory frisk.
We had something of a walk to the partner lounge, but it's just up an elevator from our gate (unless there's a change), a nice bonus.
We plan to sleep ASAP once we've boarded, and we'll be surprised and pleased if we don't wake up until we're landing at Mexico City nine hours later.
The lounge itself is spacious but not all that impressive. Still, a little space, free water and free Internet are all we want. 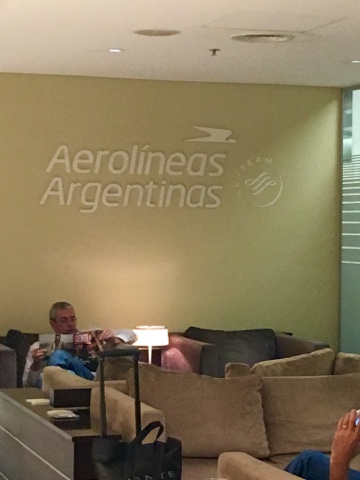 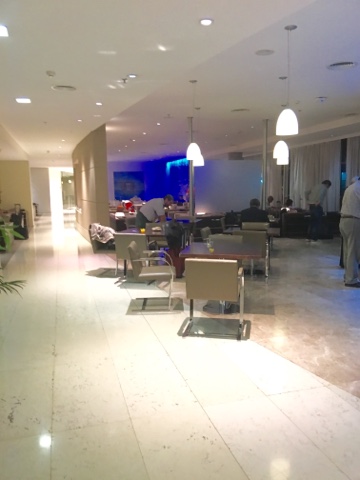 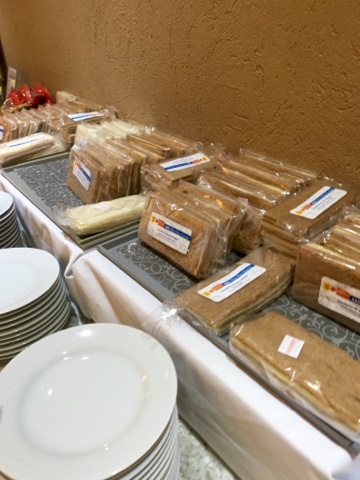 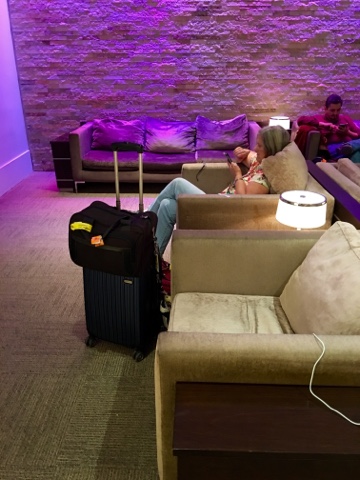 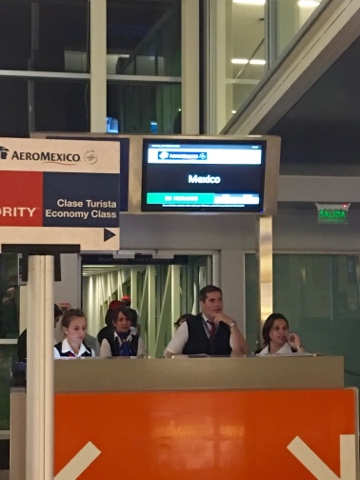 Of course, sometimes passengers have to stand in the jetway for 10 minutes while the crew go through their preflight preparations. 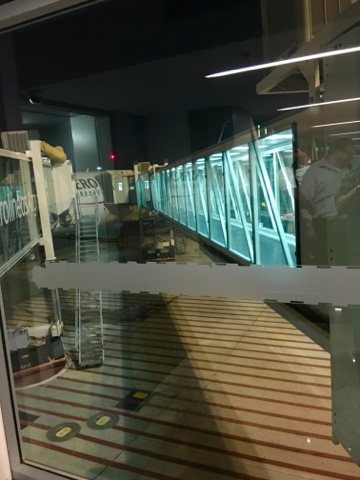 By finally we're aboard and ready to nap. 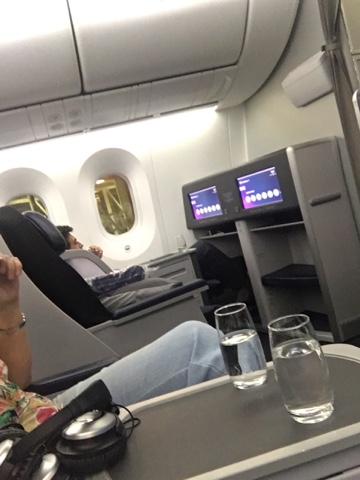