Harpa Hall on the Reykjavik Waterfront

Reykjavik's answer to the Sydney Opera House, it too was a boondoggle that stood unfinished through Iceland's financial crisis around 2007-2008 until it was finally opened in 2011.
It's spectacular by day and lit up in a variety of colors by night, generated by an App. We can enjoy the view in the distance from our hotel room window. 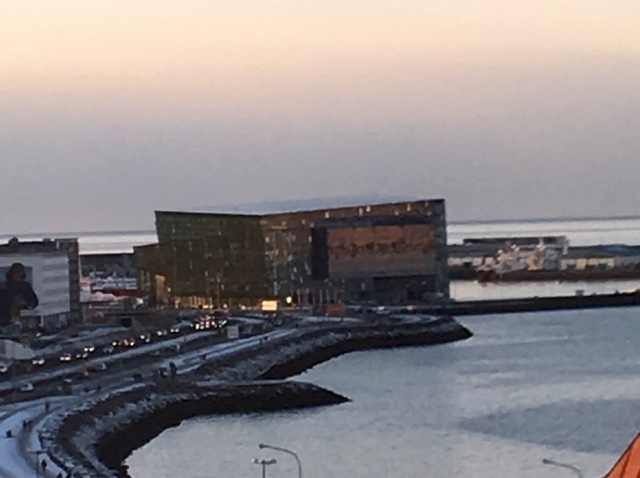 Today we walked up to it and took a peek inside. 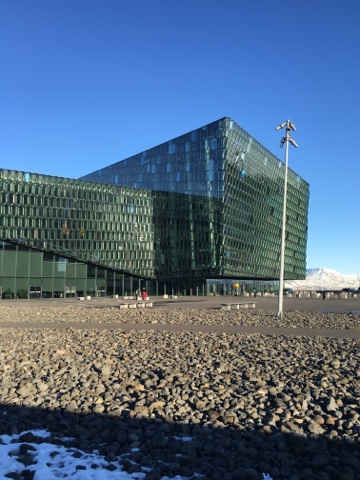 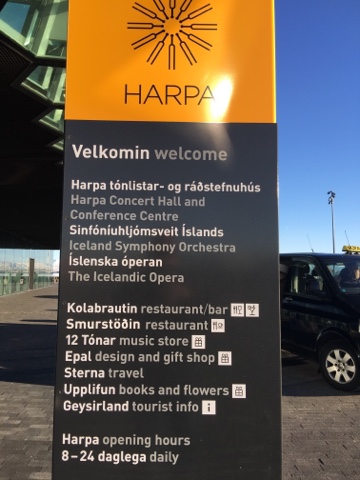 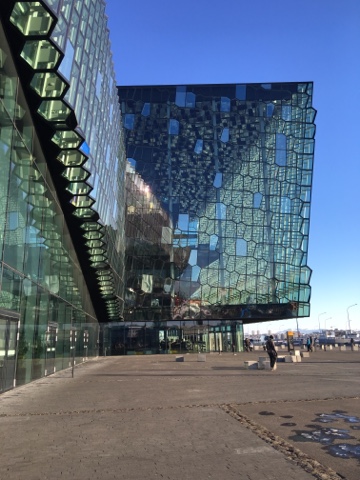 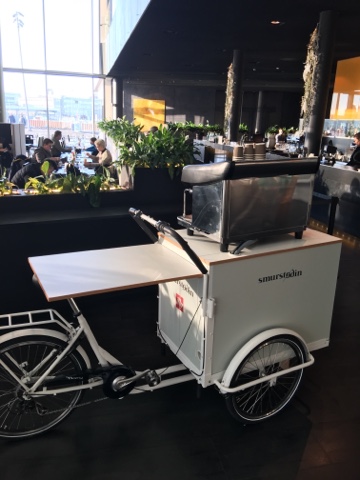 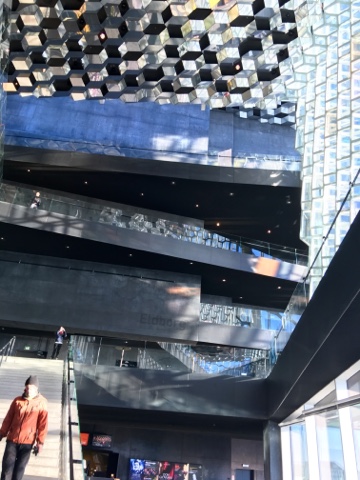 A view of the ceiling from the main floor... 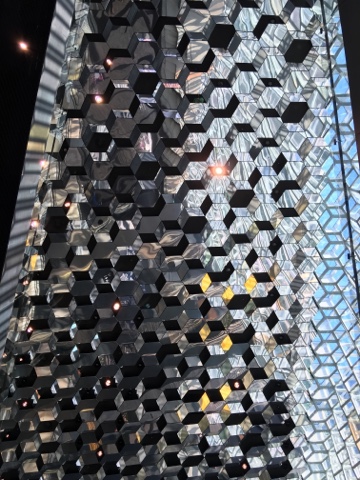 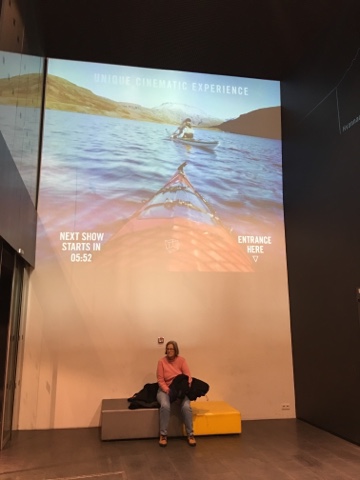 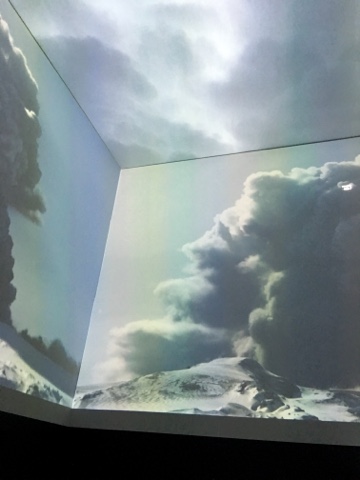