Our flight was an hour late due to Shamghai air traffic control instructions.
Even so, that still have is 2 1/2 hours and Shanghai was as quiet as we've seen it.
Even though we were transiting, we had to go through immigration. Then we walked a way and had to go through exit immigration. After that we had to go through screening.
Only exit immigration had a wait, and that was only about 10 minutes. We were sitting in the lounge about 30 minutes after getting off the plane.
Soon we board an Air China A330 with only two rows of business class seats in a 2-2-2 configuration.
We're next to each other in the two middle seats of the second row. They are flatness, and we'll see if the service is as quirky as it was the last time we flew them.
We should be landing in Sydney about 12 quirky hours from now.
Nothing like a bus gate on a rainy night. 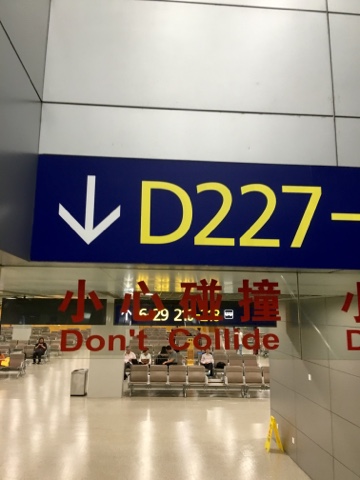 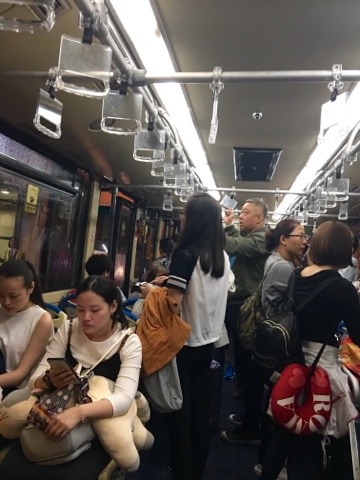