It's adjacent to the Riesenrad and takes the Vienna Pass. We've never ventured into one of these, and now we can say we have. 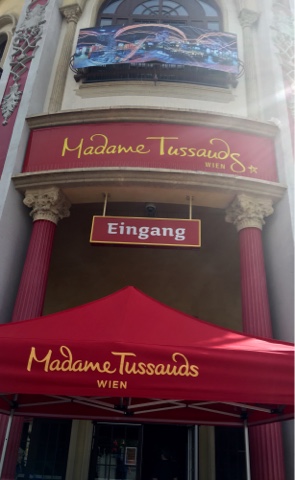 Arnold (world's most famous Austrian?) greets us even before we enter. 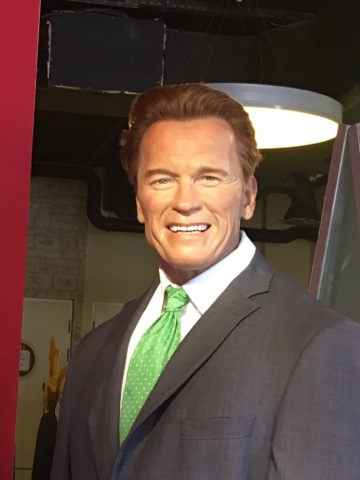 Brian sits with an empress. 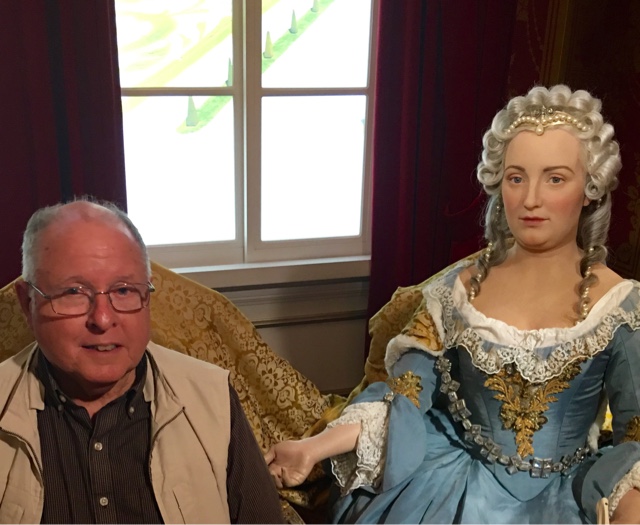 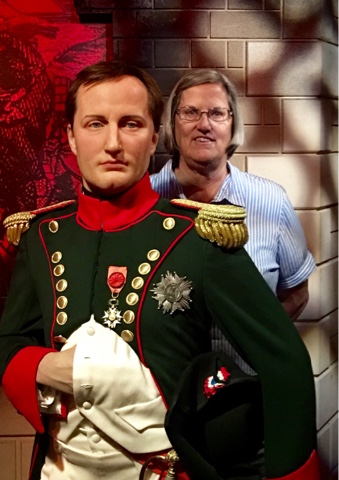 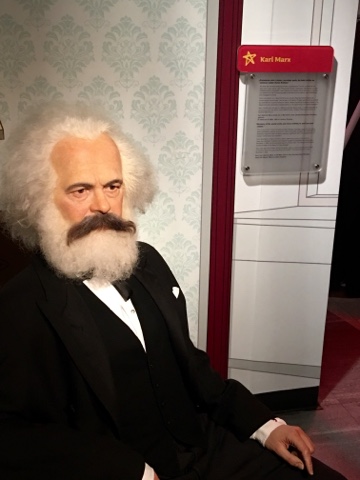 And a few feet away Pope Benedict... 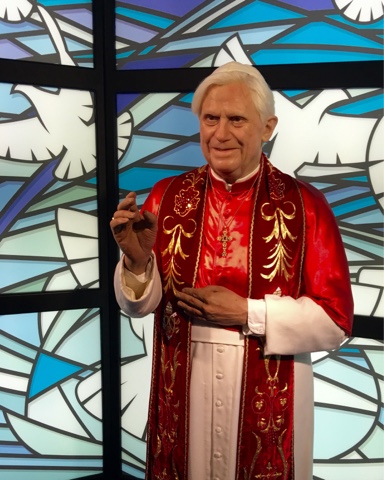 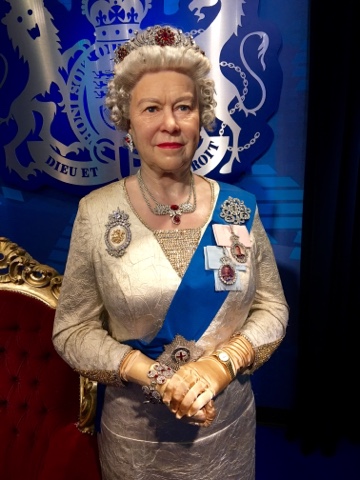 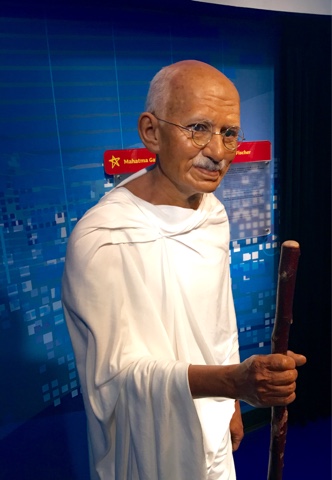 Does Angela Merkel flash this cute smile in real life? 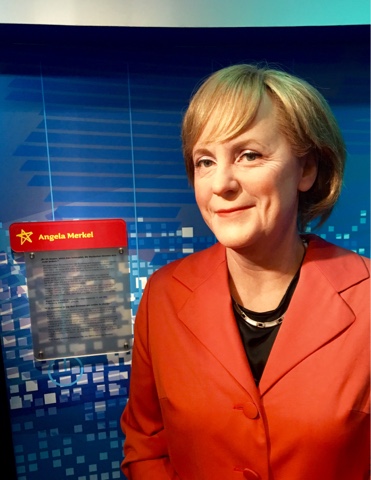 The Dalai Lama, of course, is always smiling. 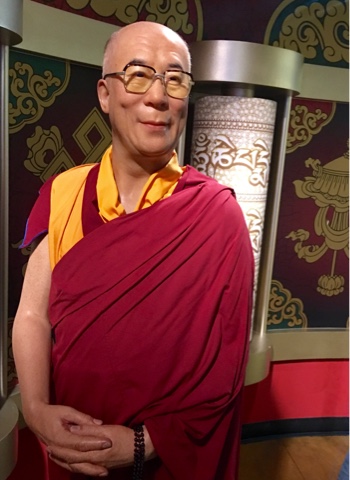 Nelson Mandela in prison has nothing to smile about. 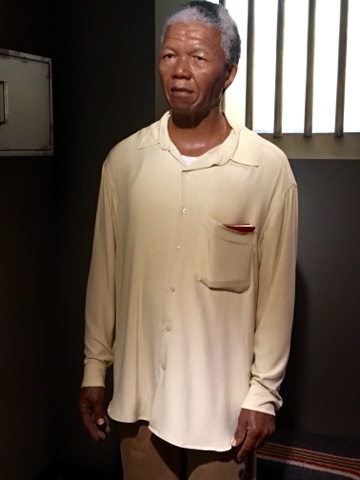 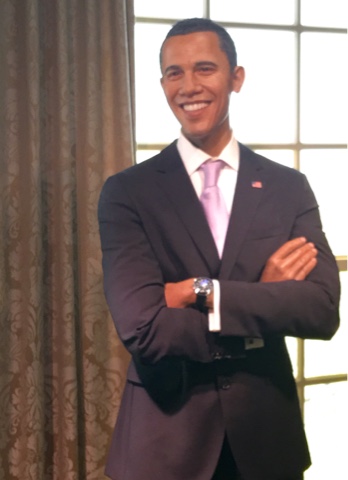 In the musicians' corner we see Mozart... 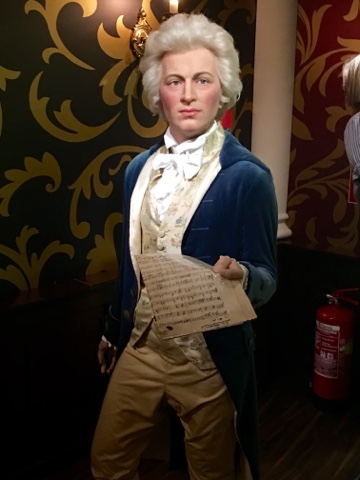 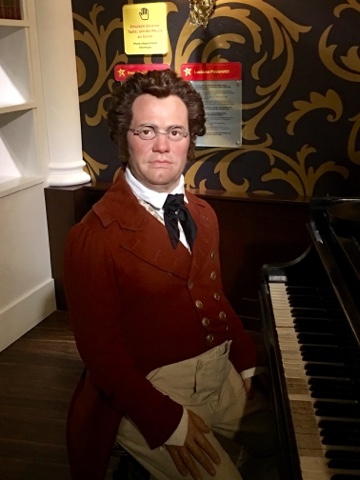 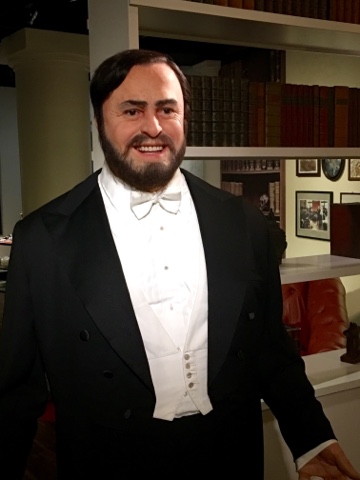 Sometimes a good cigar is only a smoke - right, Dr. Freud? 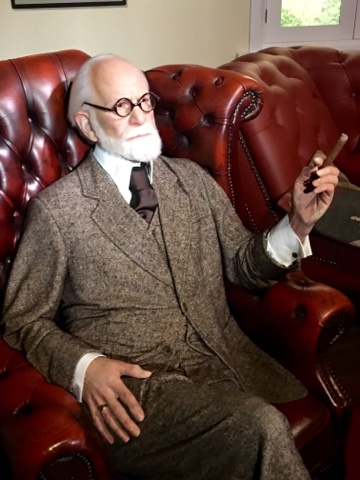 Let's not forget this bright guy. 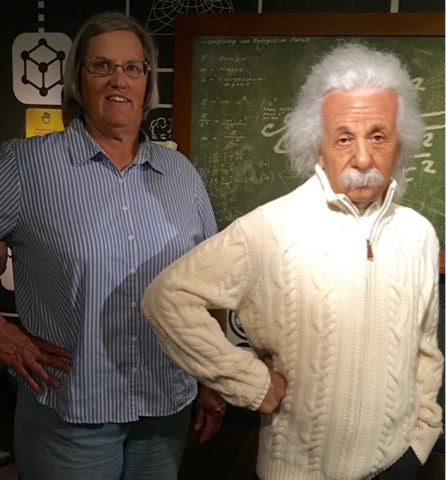 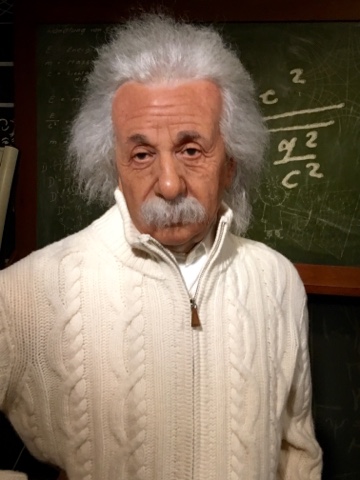 Most entertainment and sports figures didn't interest us that much, but we had to say hello to Alfred Hitchcock before leaving. 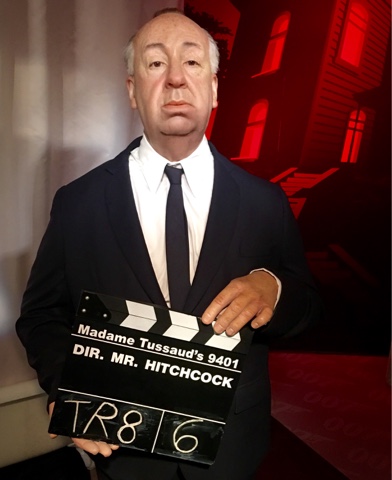 And then it was a train ride around the Prater... 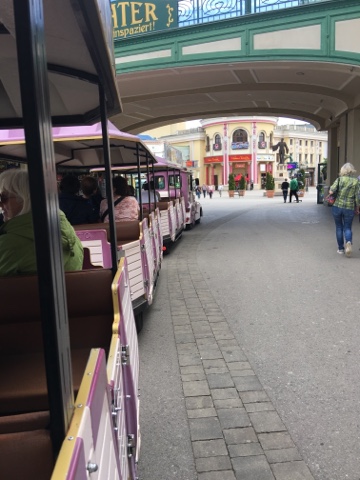 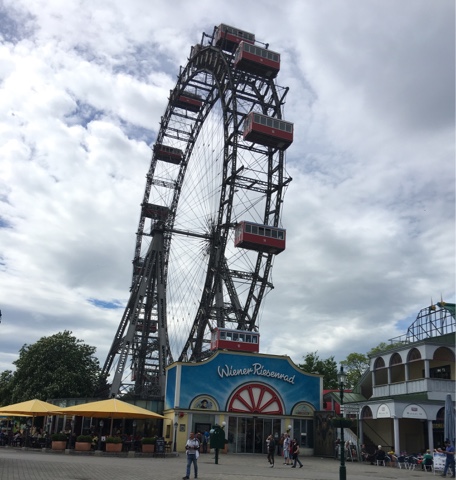 We then took a subway (U-Bahn) as close as we could get to the Danube Tower. At 252 meters or 857 feet it's considerably higher than the Space Needle, but not as attractive (sorry, but we think the Seattle original is still the best). 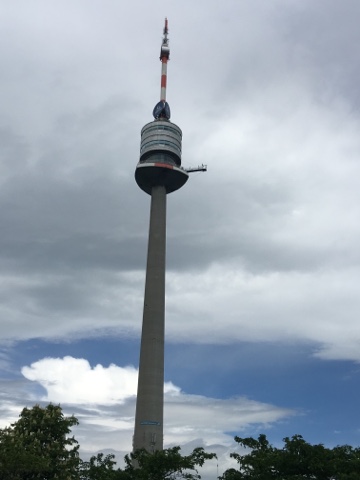 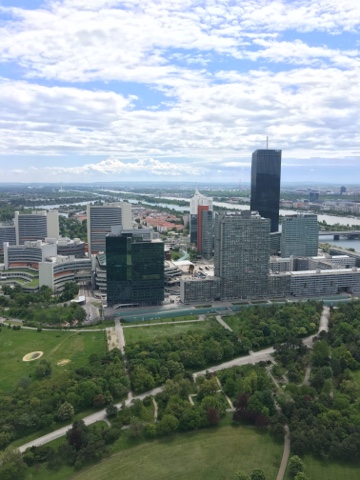 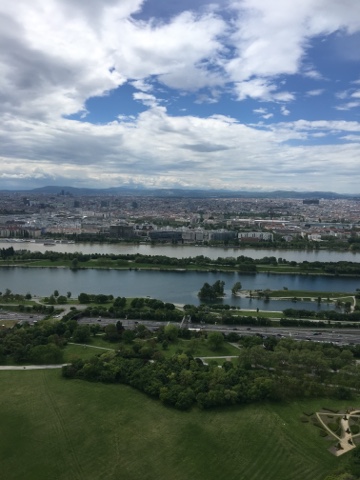 Nice views though.
Posted by Kathy and Brian at 8:55 AM