Narita Hilton: A Jaunt to Sawara

We fulfilled our wish to see some smaller places with two consecutive day-trips easily accessible from the Hilton. Yesterday we enjoyed the colorful shopping street and temple complex in Narita.
Today we rode the hotel shuttle to the Narita train station, and used our rail passes to take a commuter train five stops and 30 minutes to Sawara.
From Japan-Guide.com
"Sawara (佐原) is a small town northeast of Narita City that prospered during the Edo Period (1603-1867) as a transport hub for rice shipments into the capital. Sawara's historic center lies along a canal, and is known as "Little Edo" for its small district of preserved and restored traditional residences, merchant shops and warehouses from the Edo Period.

"The canal is crossed by a number of bridges, the most interesting of which is the Ja Ja Bridge that spouts a twice hourly waterfall from its span into the canal below. Departing from this bridge are flat bottomed boat tours of the town's canal."

We missed the first train by about 10 seconds and retreated to the McDonald's across the street from the station to drink iced coffee and use their free Internet.

We made the train an hour later without a hitch. We have no idea why we saw so many high school students in their smart uniforms from 10:30 onward - short Mondays? 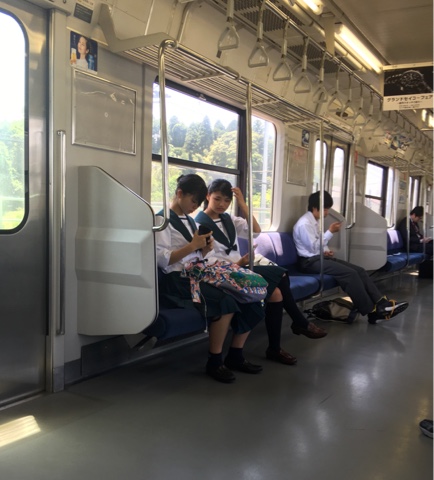 Along the way it was almost non-stop rice paddies between the villages. 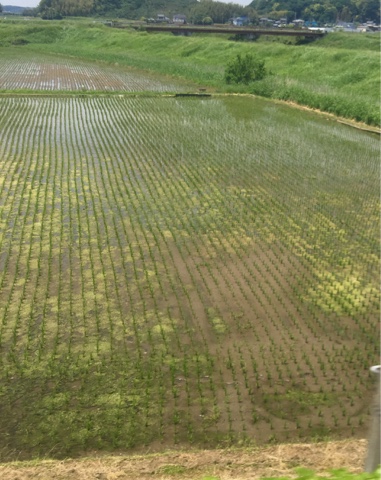 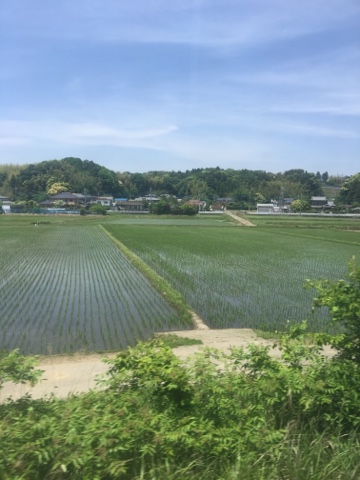 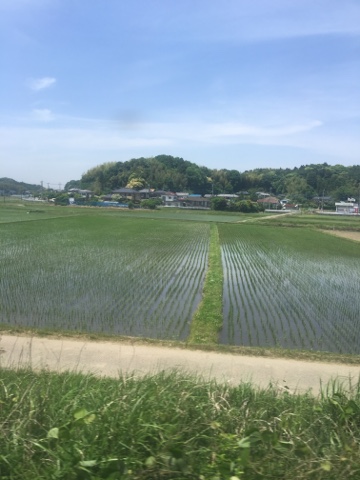 We arrived right on time, picked up a couple of maps from a friendly man in the information center, and strolled for 10 minutes or less to the historic center along the old canal.
How picturesque is this? 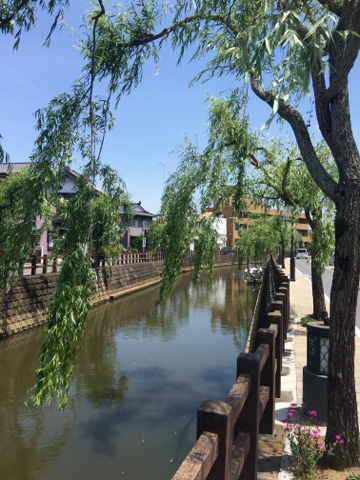 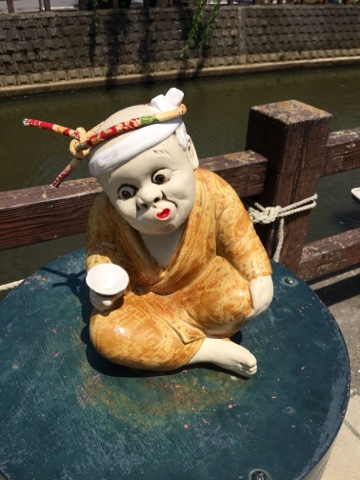 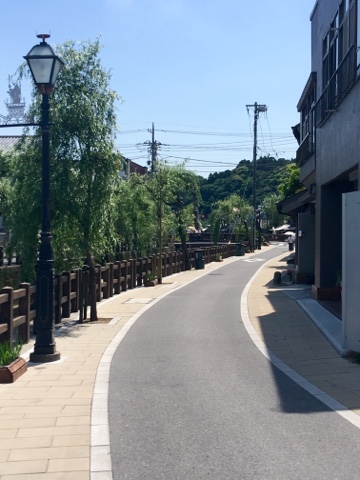 We walked up one side and walked back the other. 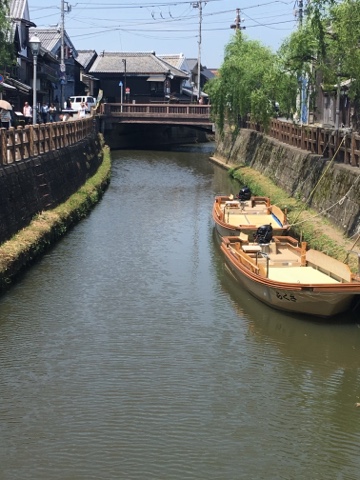 We even discovered the artificial "waterfall" that flows out from under the bridge every 30 minutes, making one of the "best 100 sounds of Japan." 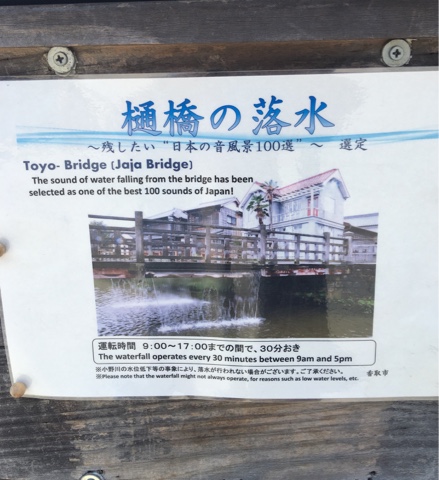 We watched the clock along with the other eager tourists and their cameras. 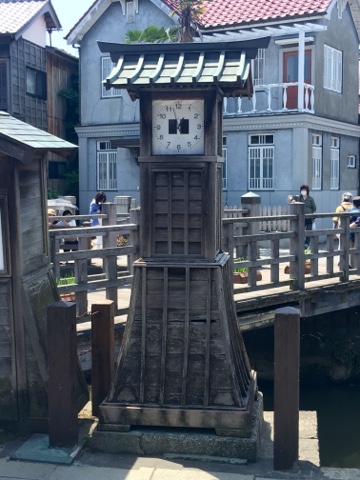 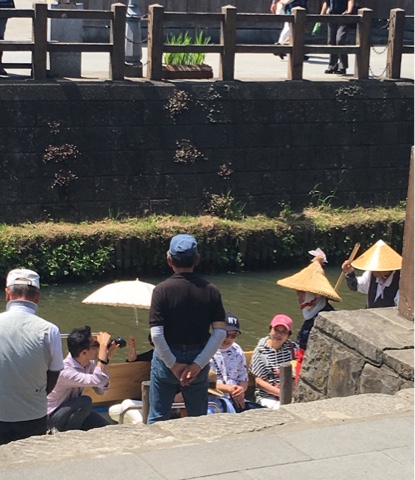 It wasn't exactly Niagara, but it did flow right on time. It also made a splashing sound. 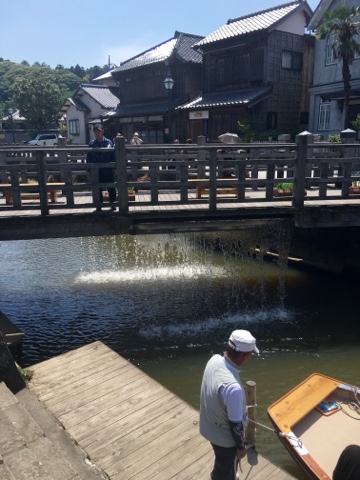 That was enough excitement for us, and we slowly made our way back to the train station, taking time to watch the mail get delivered by motorbike. 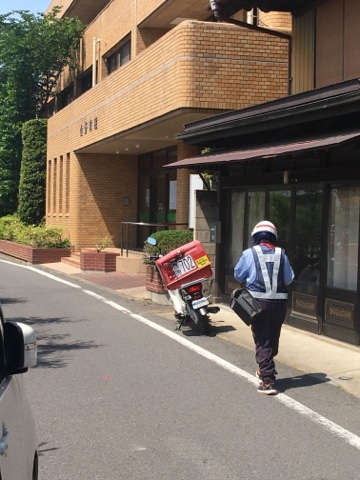 We also checked out the vending machine at the train station, taking particular note of Welch's Grapeful Sparkling, Sweat Water, and Beard papa's... 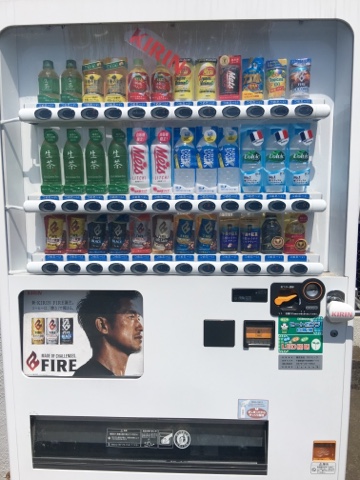 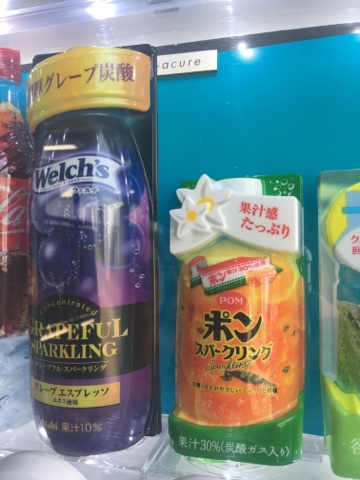 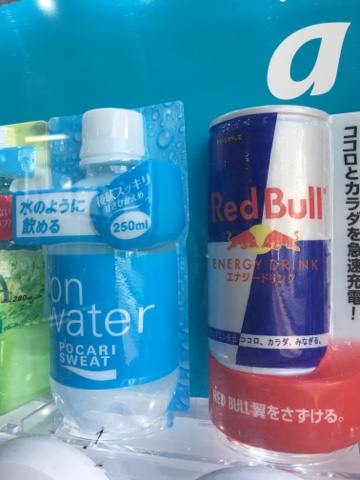 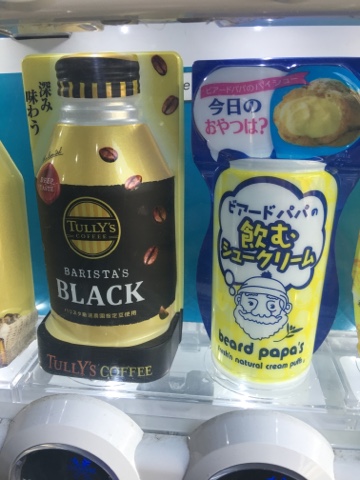 We hopped off the train, walked out to bus space 4, and the Hilton bus arrived 5 minutes later. 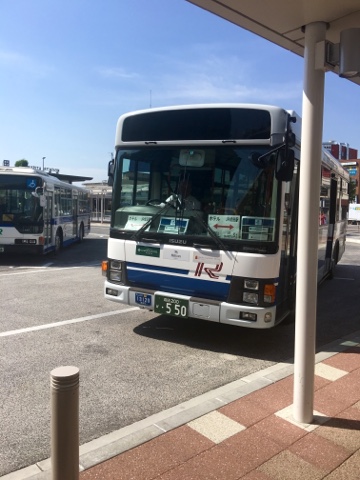 A nice little outing and free with our rail passes. And now it's time to get ready to fly tomorrow: Narita to Shanghai to Sydney.
Posted by Kathy and Brian at 1:06 AM