We’ve been overwhelmed by the welcome that volunteers of the Historical Society of Quincy & Clark County have extended to us on our quest to learn more about her great-grandfather, General Elisha Bentley Hamilton.
Today we met Beth Young and Rich Keppner at Quincy’s Woodlands Cemetery. 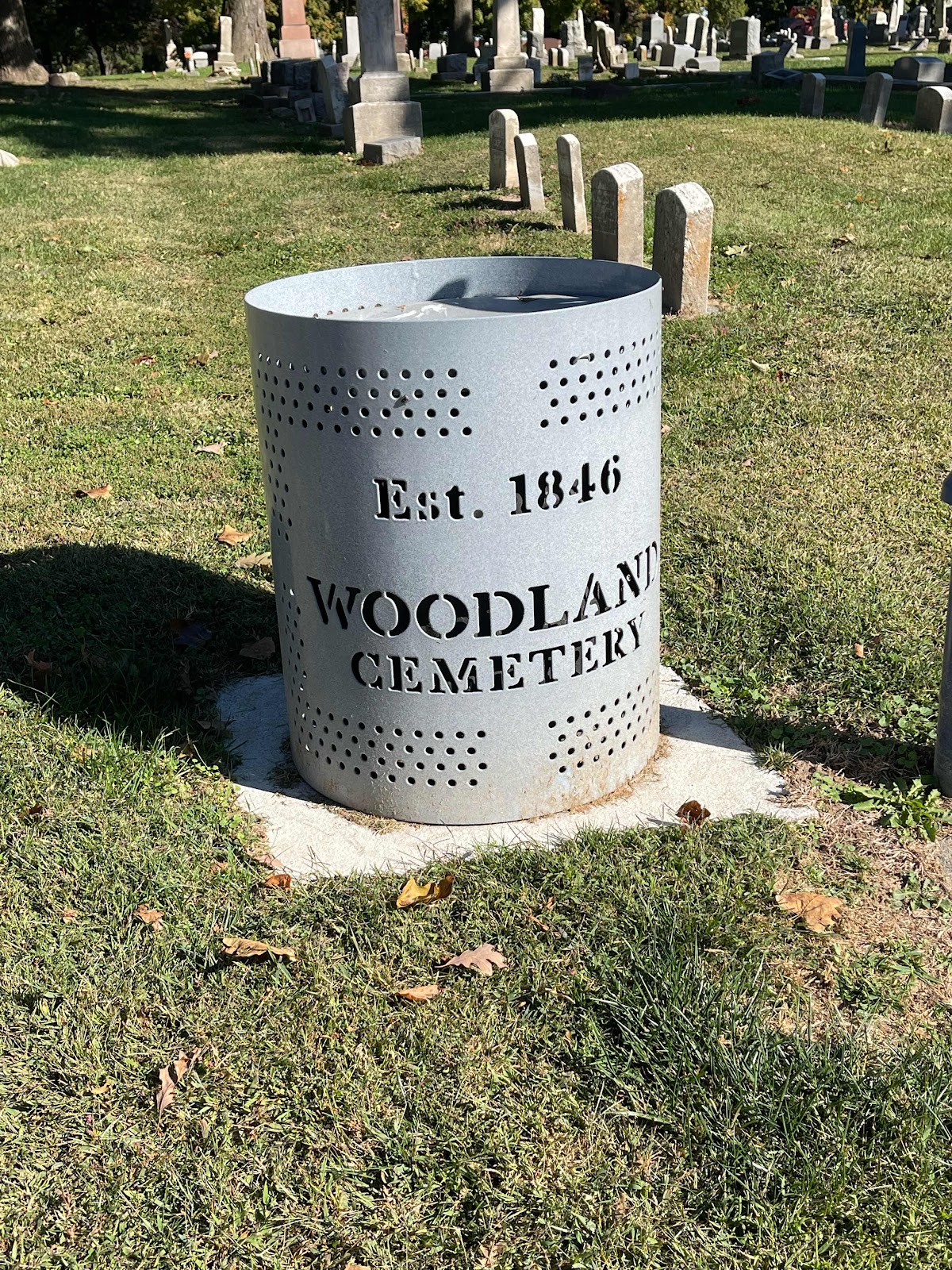 It was a beautiful fall day and Rich drove Beth and us through the gently rolling hills to the final resting place of Elisha and his wife, Mary Fisk Hamilton. 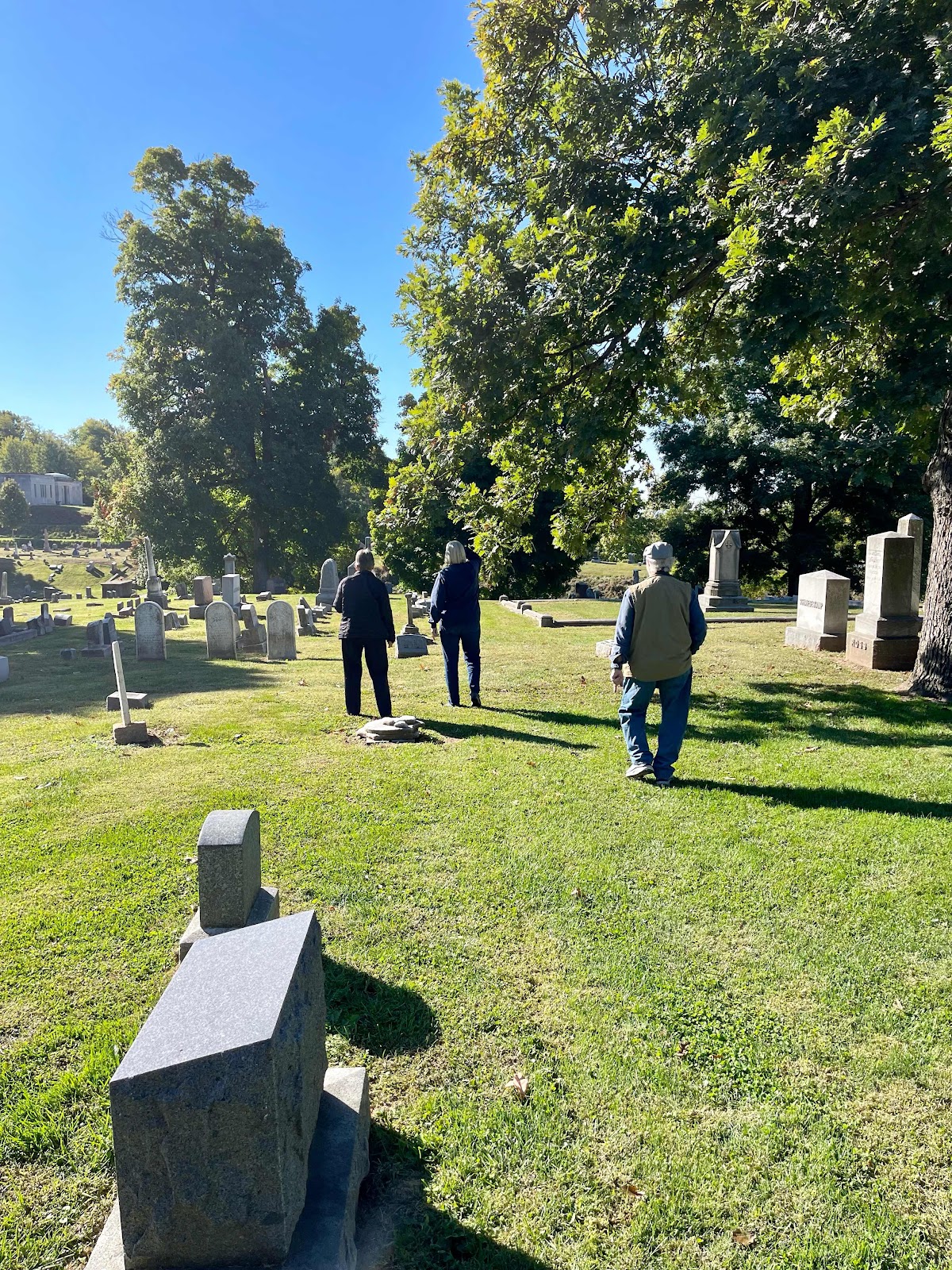 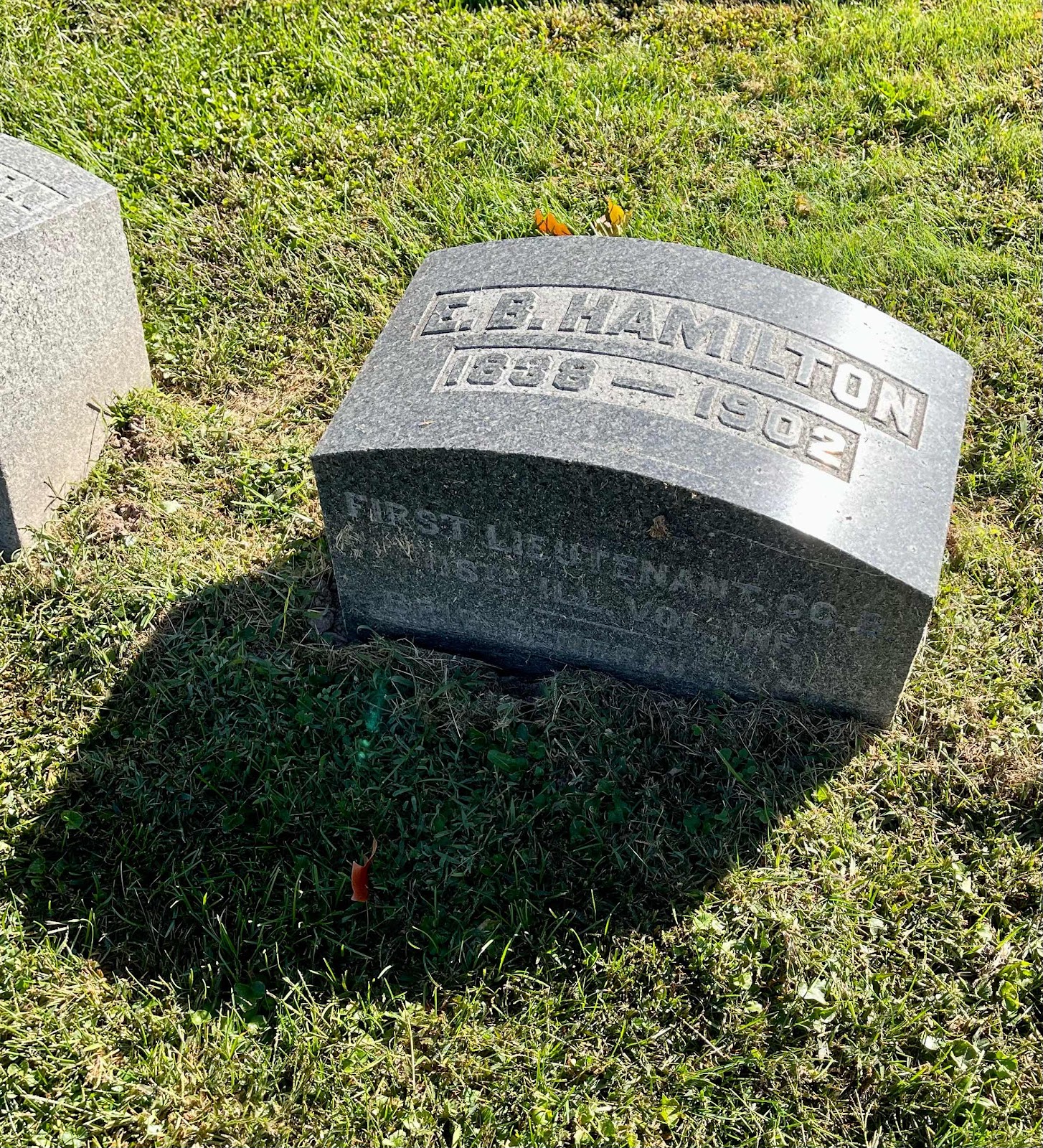 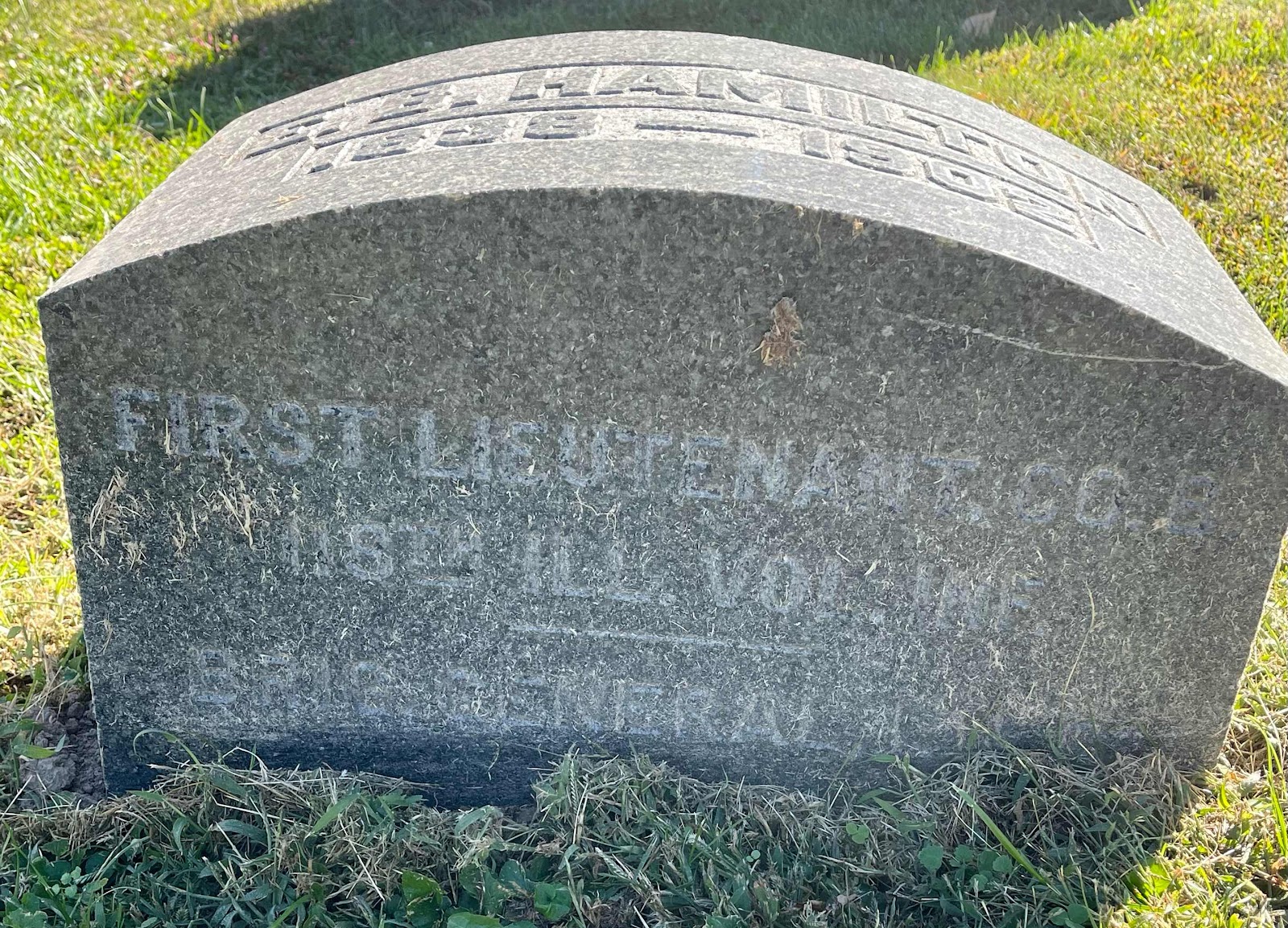 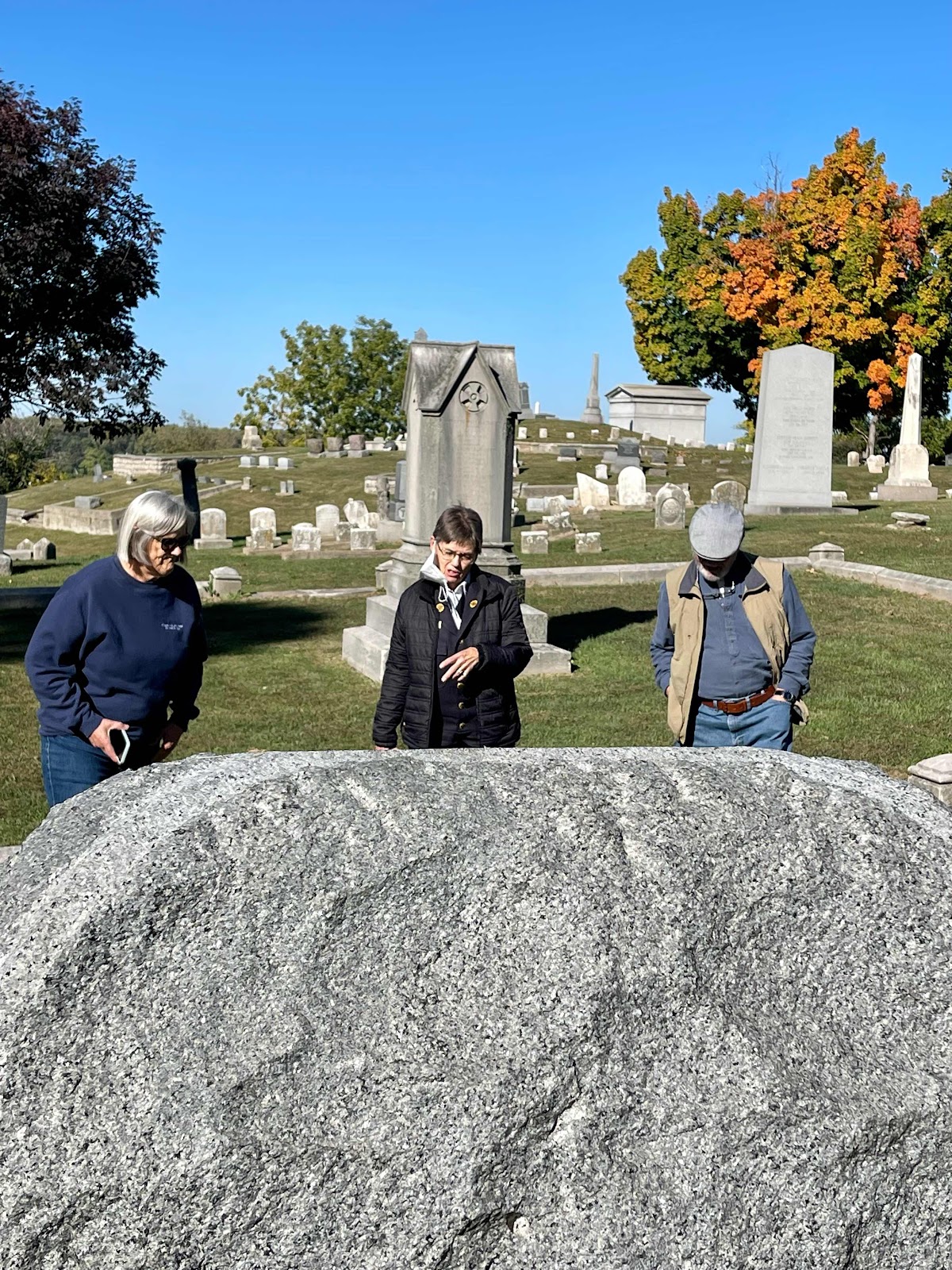 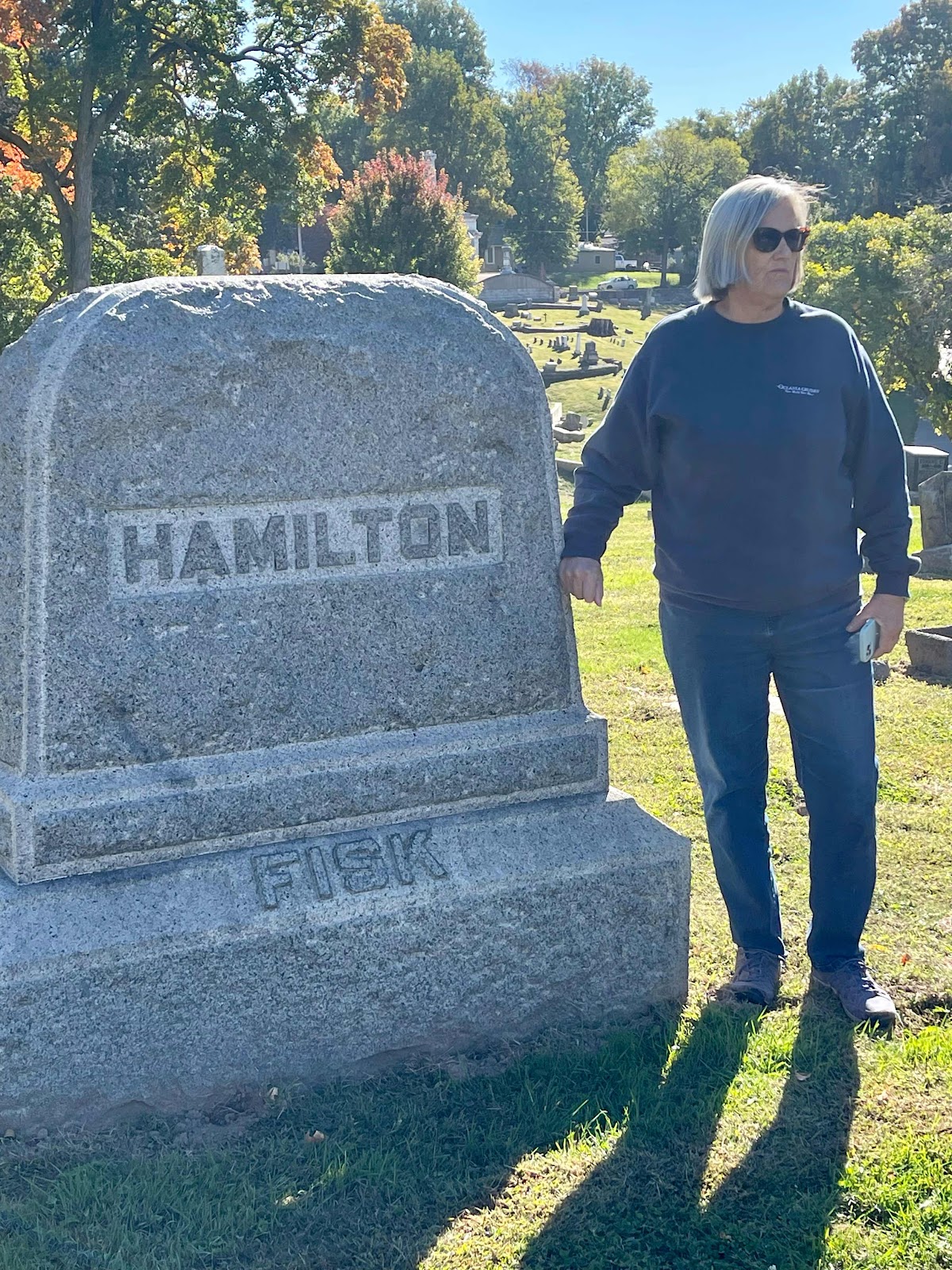 Beth and Rich showed us the gravesites of a number of historical figures, including Orville Browning, the prominent Quincy lawyer who was a close friend and confidante of Abraham Lincoln. The highlight for us was visiting the graves of Elisha and Mary.
After lunch, Beth escorted us to the Historical Society’s Museum, housed in a magnificent building that was an original “free library” in Quincy. 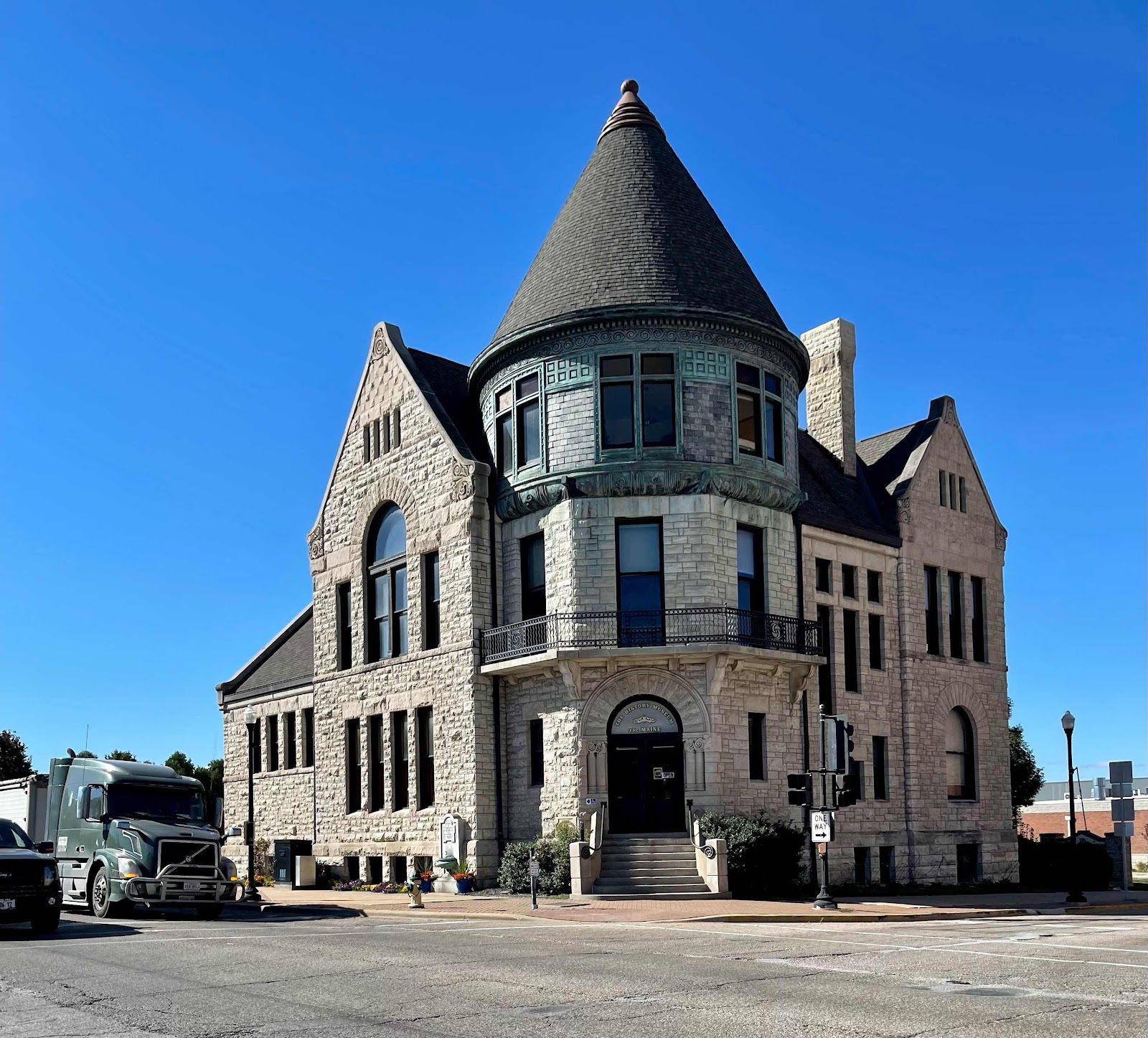 In another connection to General Hamilton, we’ve read that he gave speeches to raise funds for the construction of the library. This of course was long before movies, radio, TV, or internet existed. 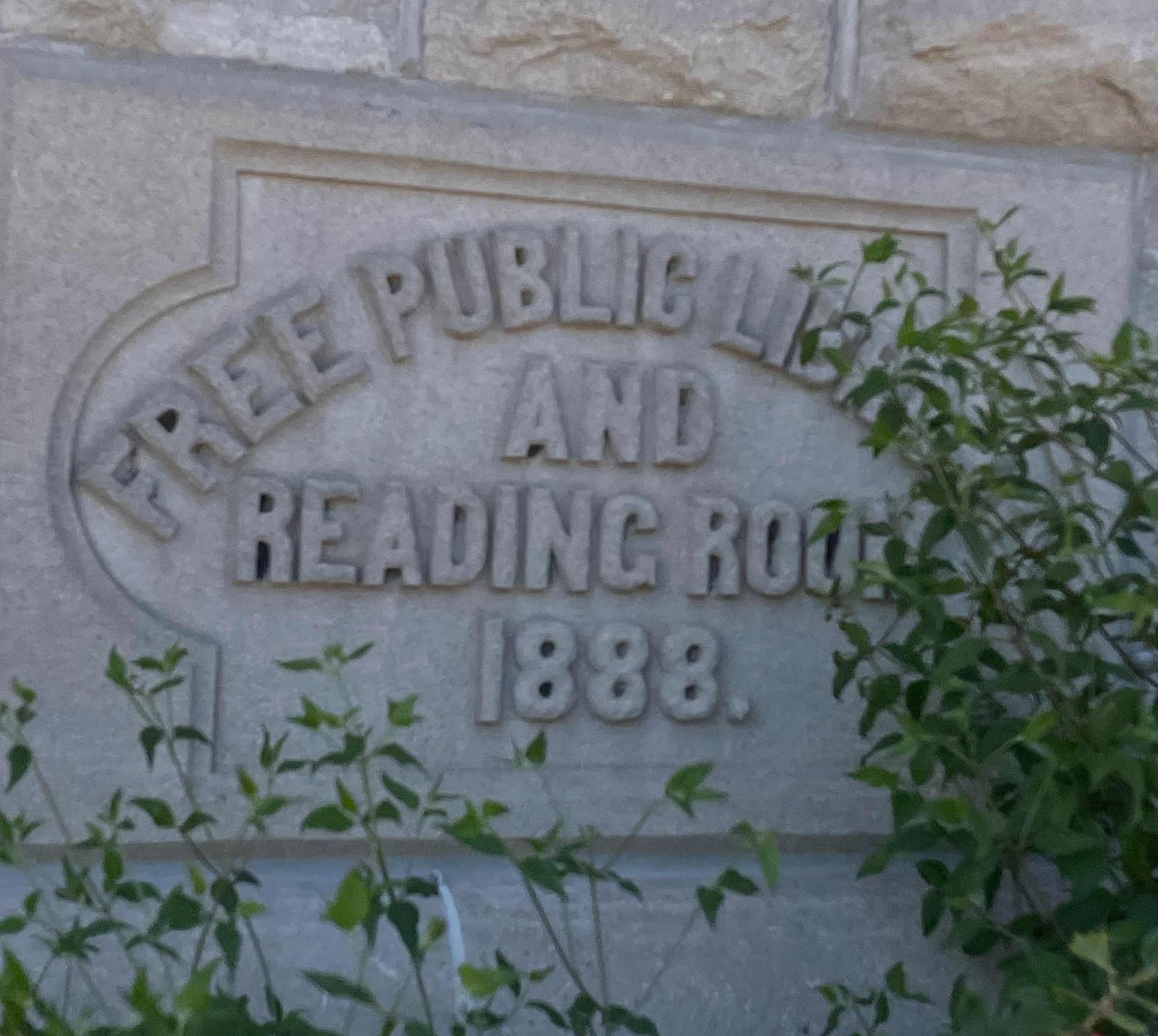 At the museum, we met Dr. Lynne Snyder, who gave us a private tour culminating in a room dedicated to the Mormon experience in Quincy.
When Missouri expelled the Mormons, and indeed threatened them with “extermination,” many citizens of Quincy offered them refuge. As the Mormons established their “Kingdom on the Mississippi” in Nauvoo, the relationship with other citizens in the area was far less friendly, more tense, and eventually extremely hostile.
After Artois Hamilton, Elisha’s father, returned the bodies of Joseph and Hyrum Smith to the Mormons after they were killed by a mob that attacked the Carthage jail, they gave him the keys to their temple as they abandoned Nauvoo and set off on their trek to Utah.
It’s commonly thought that this was a gesture of appreciation to Artois. There are also theories that the Mormons hoped to find a buyer for the temple, or even that they hoped eventually to return to Nauvoo.
Artois passed the keys down to his youngest son, Elisha Bentley Hamilton. Elisha passed them down to his son, Elisha Bentley Hamilton II. Kathy’s father, Elisha Bentley Hamilton III, recalled as a young boy seeing them hanging on a hook by the kitchen door.
Kathy’s grandfather and great aunt, Lucy Hamilton Ayers, donated them to the Historical Society in the 1940s, and Kathy saw them in person for the first time today. 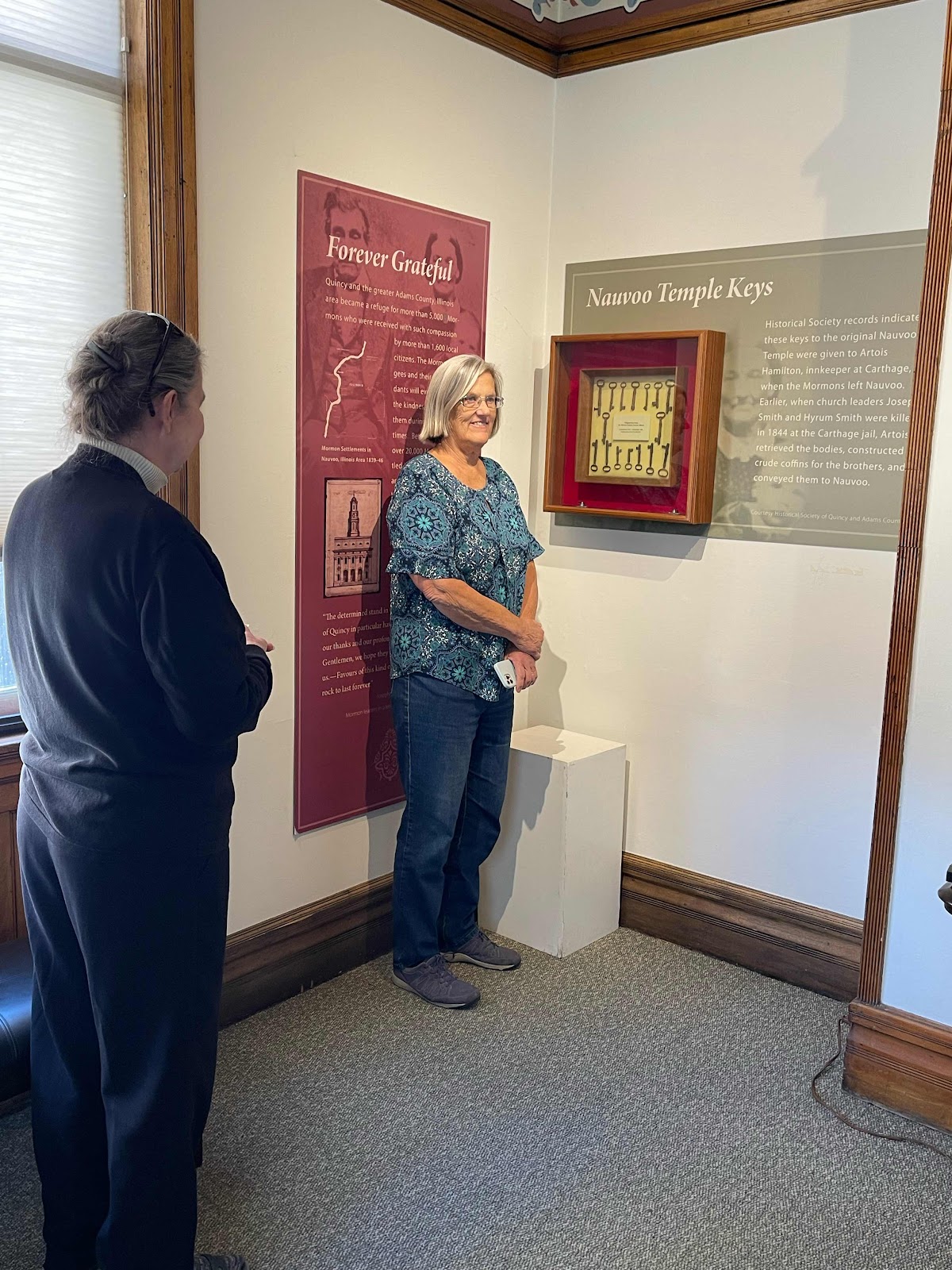 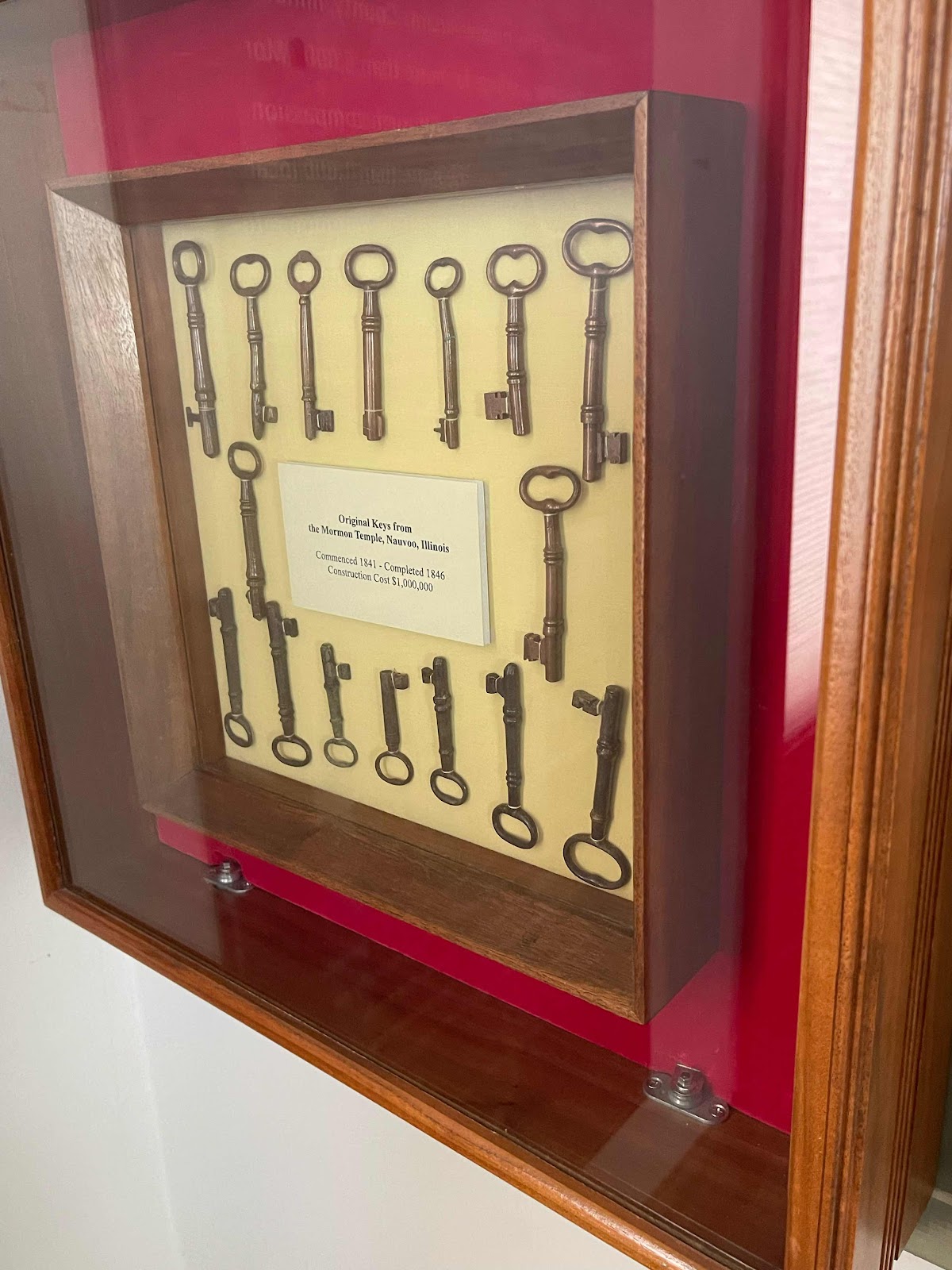 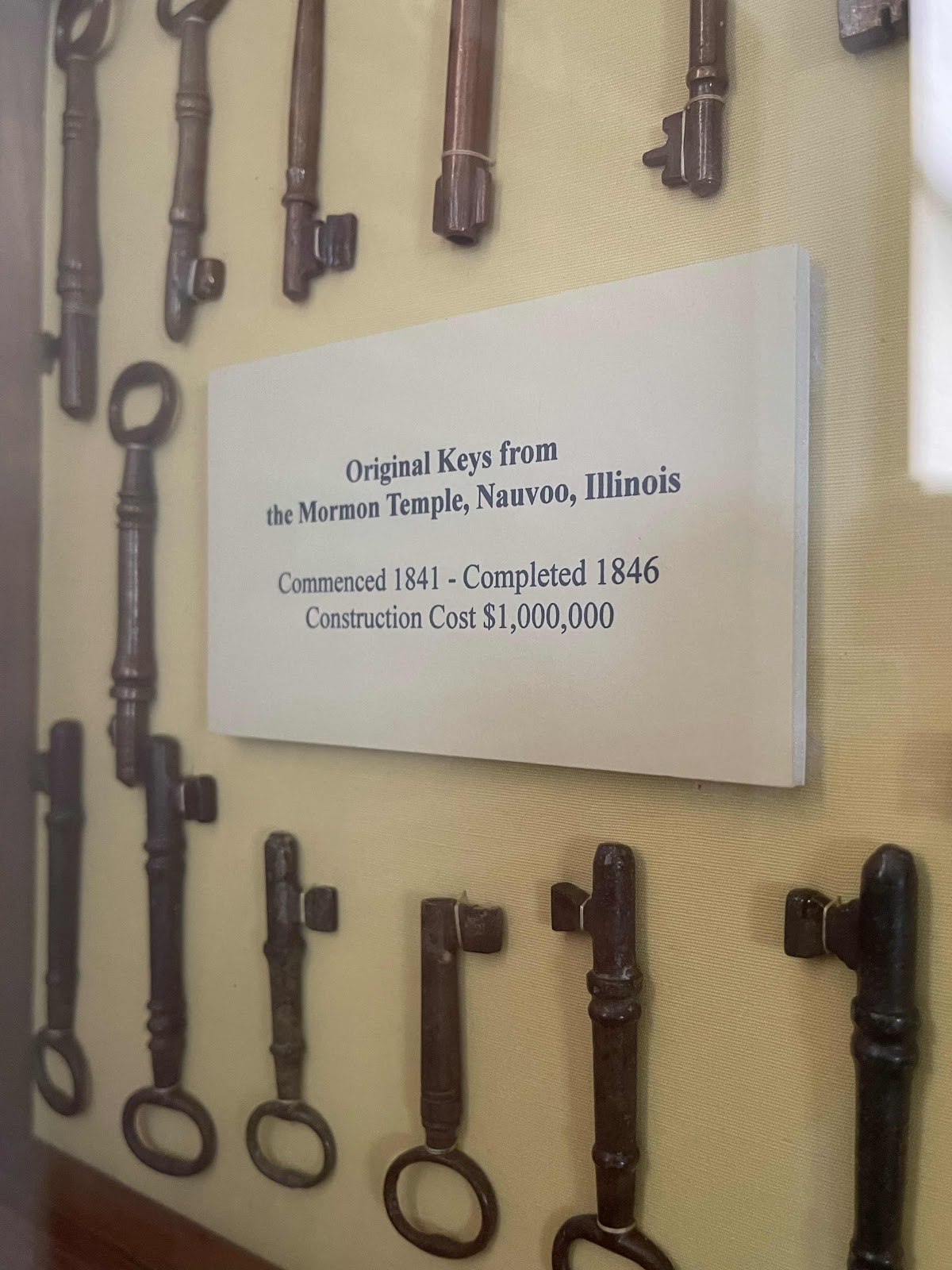 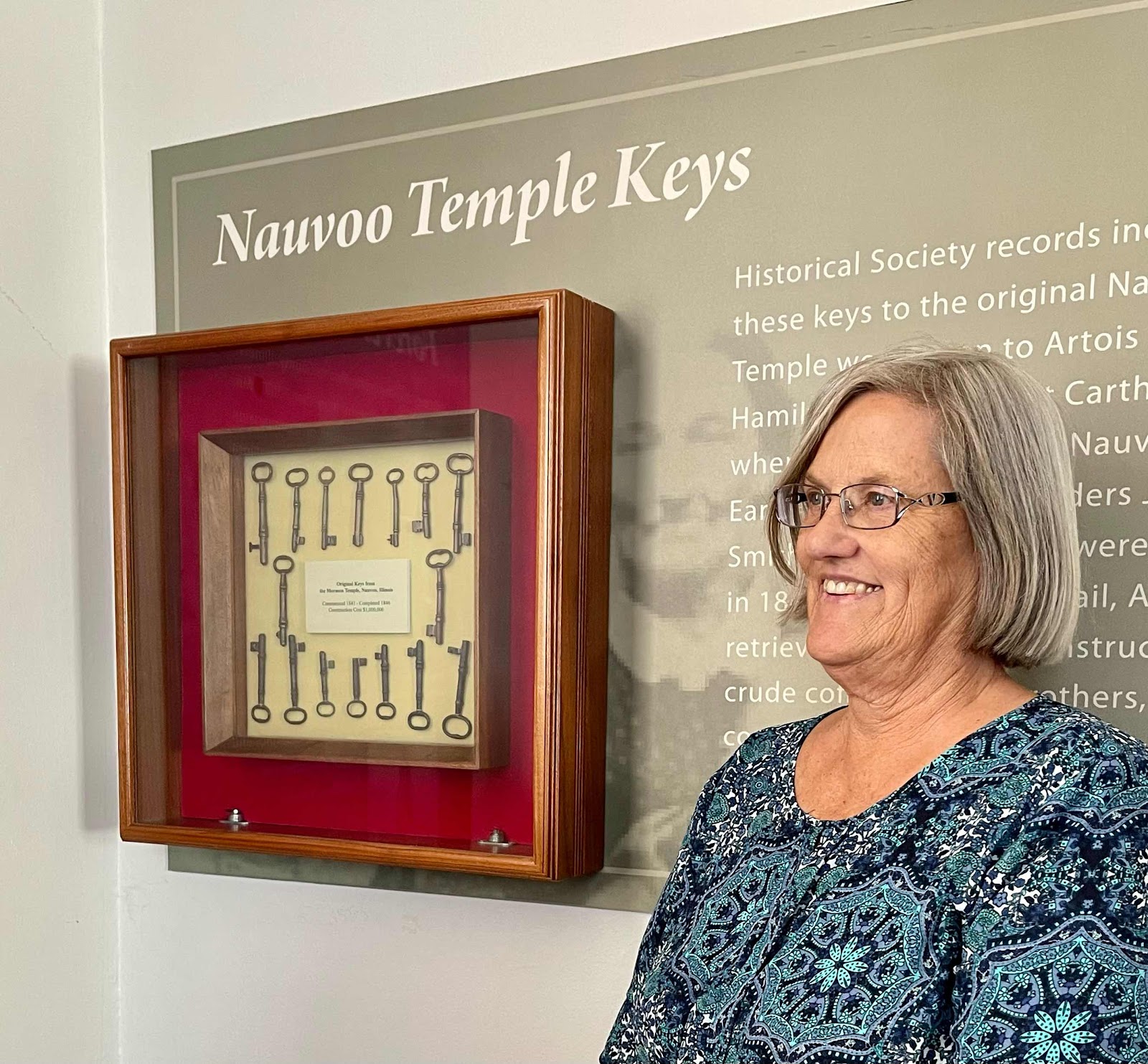 Interestingly, in this Mormon-sponsored exhibit there is no mention of the Hamilton connection. It’s well documented elsewhere, however.
Beth kindly posed for a photo with Kathy before departing. 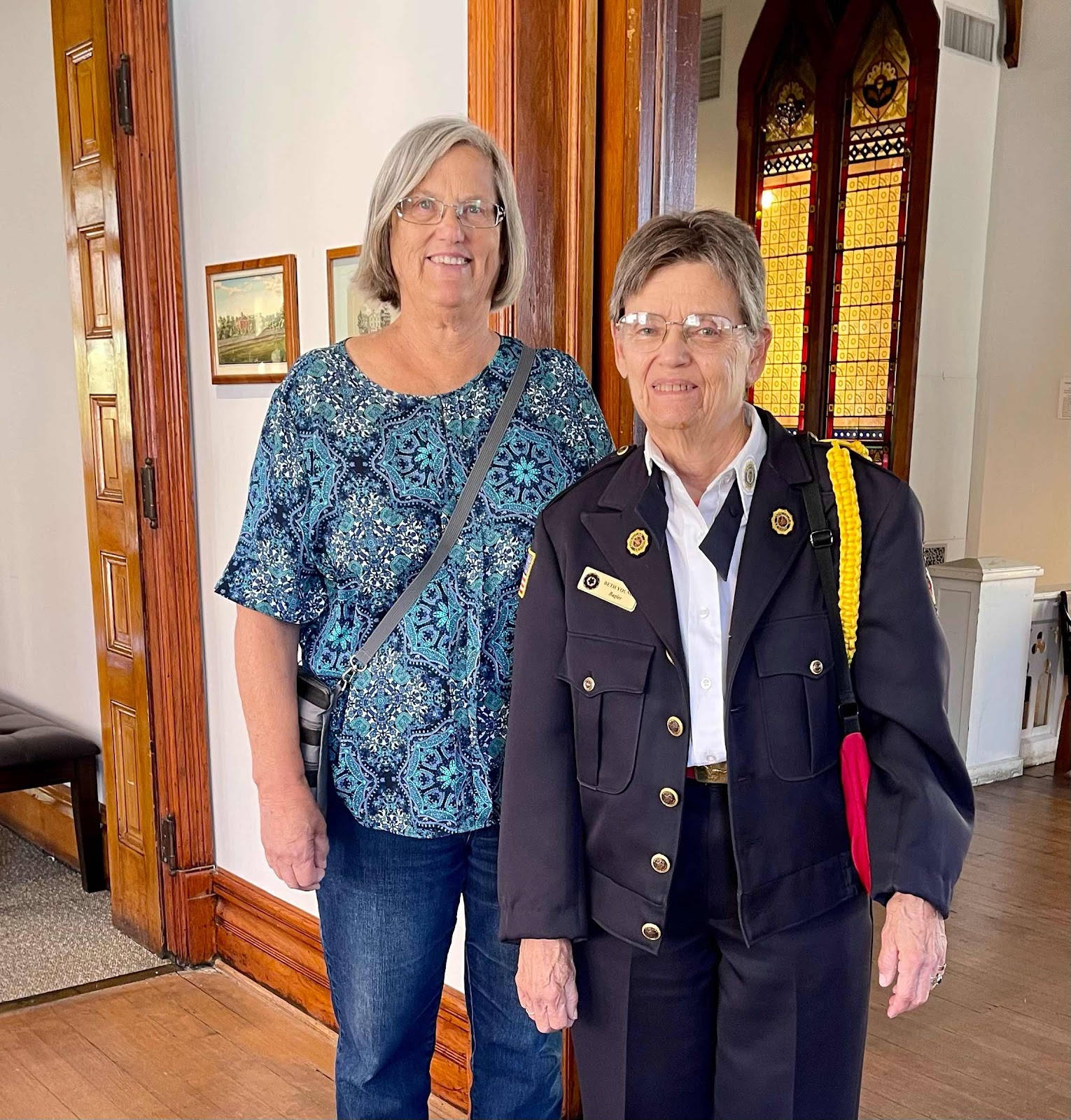 She was wearing her American Legion uniform, because she was off to play Taps on a bugle for the funeral of a military veteran, another volunteer task she often performs, and another connection to trumpet player and retired band teacher Kathy.
Tonight we’re staying in Springfield, the capital of Illinois. We have tickets to visit the. Lincoln Library tomorrow.
We dined tonight at Saputo’s, a southern Italian restaurant only a block from our Doubletree. Saputo’s has been a Springfield favorite since 1948. 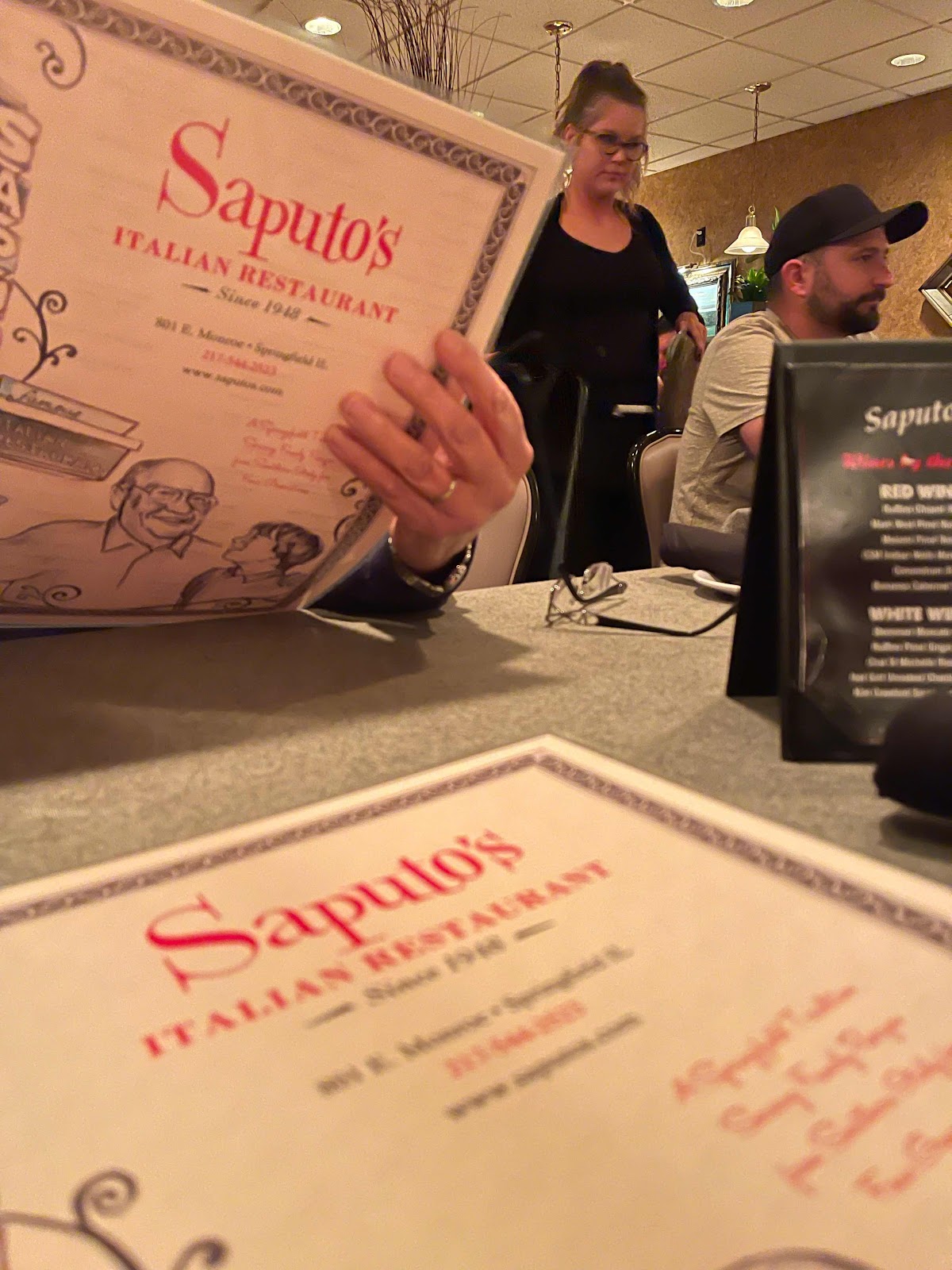 It was mediocre at best. Kathy’s lasagne was virtually indistinguishable from Brian’s ravioli, other than the shape of the plates. 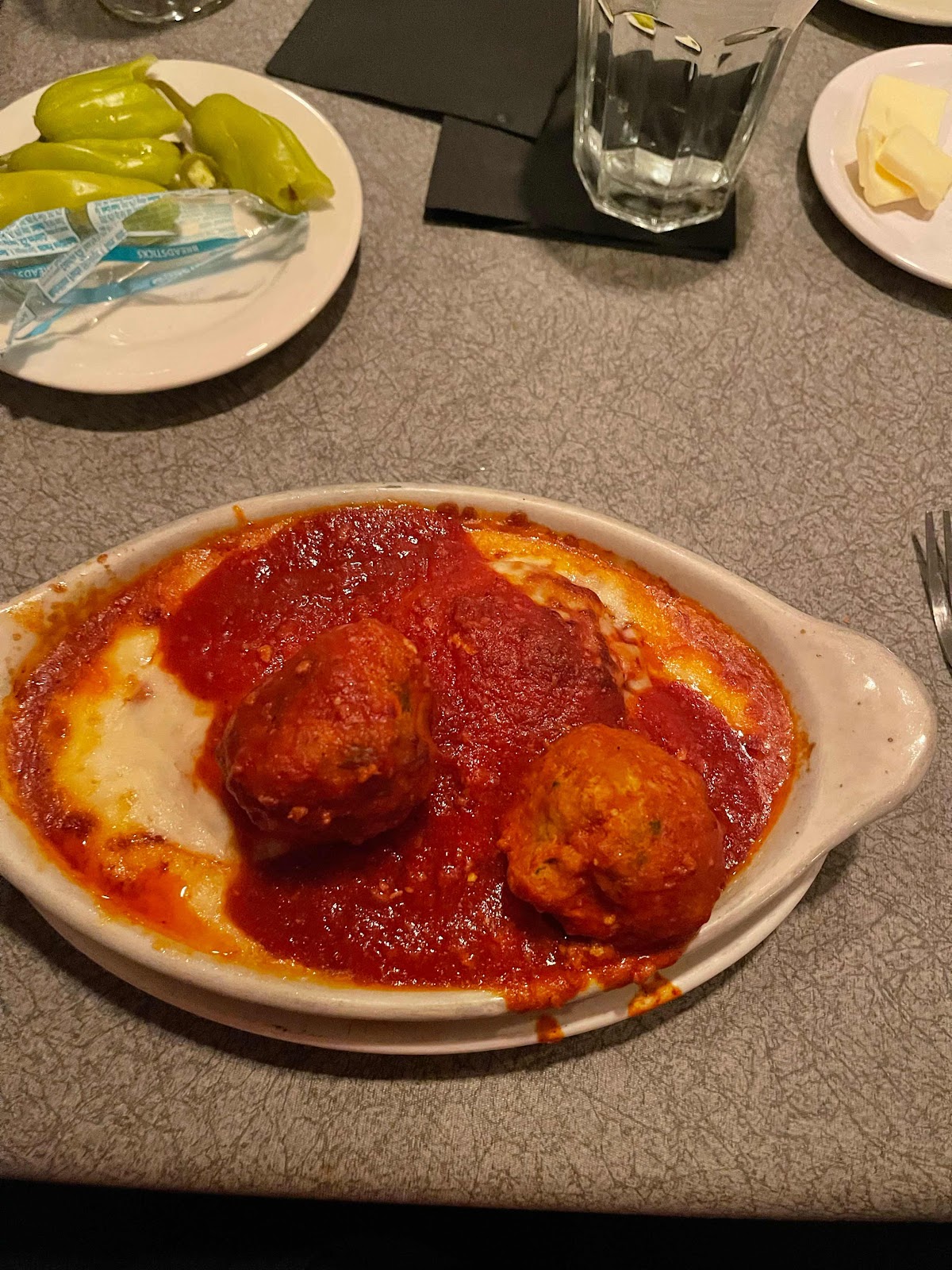 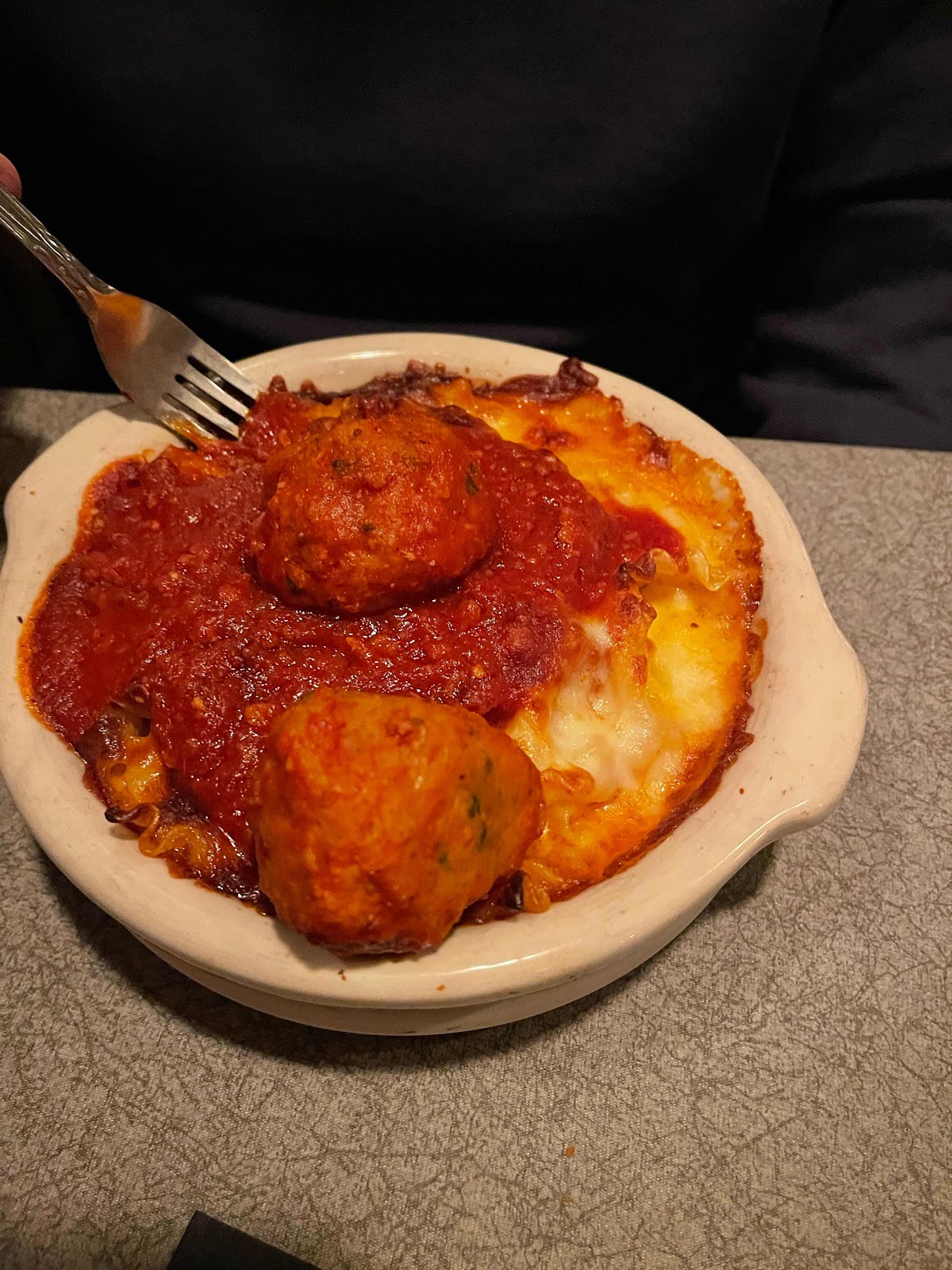 It wasn’t awful, just blah. Tomorrow should be another day full of American history.