Our hotel recommended Madame Hiên for our final night in Hanoi. The reviews on TripAdvisor are decent enough, although mixed.

The restaurant itself has an interesting back story. The owner is a Frenchman married to a Vietnamese. He owns a successful French restaurant and started this one with the idea of serving "family style" Vietnamese food. It's dedicated to his wife's grandmother.

The meal itself was good and the service was fine. We feel we've now dined enough in Vietnam to decide that we still prefer, say, Thai cuisine by some margin. Most of our gustatory experiences here have been good, however, and we have no complaints.

Our only complaint was finally getting ripped off by crooked taxi drivers. We probably spent upwards of $10 each way for rides that should have cost $2. The first driver drove us via a very circuitous route.

The driver who took us back to the Hilton pulled up near the hotel but said he couldn't go in because it was a one-way street. Anybody who's driven in Vietnam knows what a joke that is. The scam to that is that the crooked cabbies don't want the hotel doormen to get involved on behalf of the customer when he complains about the excessive fare so they make up an excuse to stop nearby.

We eventually just paid up (Brian is still annoyed) but next time would make a bigger scene. It reinforces the prudence of our decision to have hired in advance the Hanoi Transfer Service for all six of our transfers. The six in total cost less than $100 and we paid 20% of that last night for two crummy little rides.

We try to look on it as a travel adventure, a good learning experience and much less painful than being ripped off at, for example, European taxi rates. 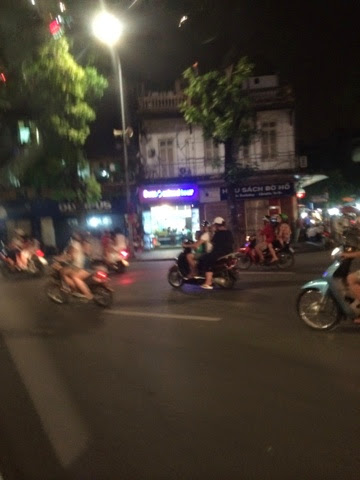 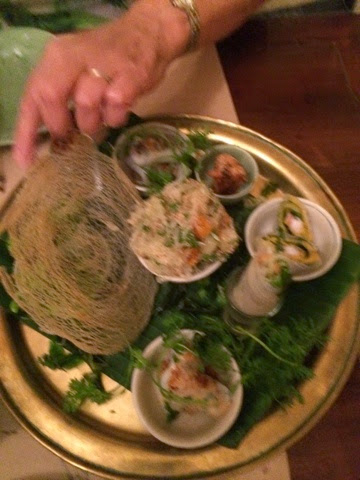 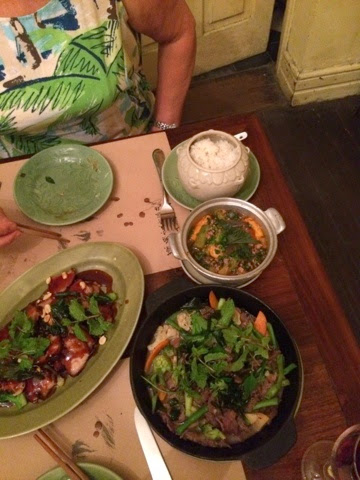