The Larco Museum is a privately owned museum of pre-Columbian art, located in the Pueblo Libre District of Lima.
It's housed in an 18th-century vice-royal building built over a 7th-century pre-Columbian pyramid. It's a highly rated Lima destination and we're happy we Ubered over to it to spend a couple of hours on a mild Saturday. 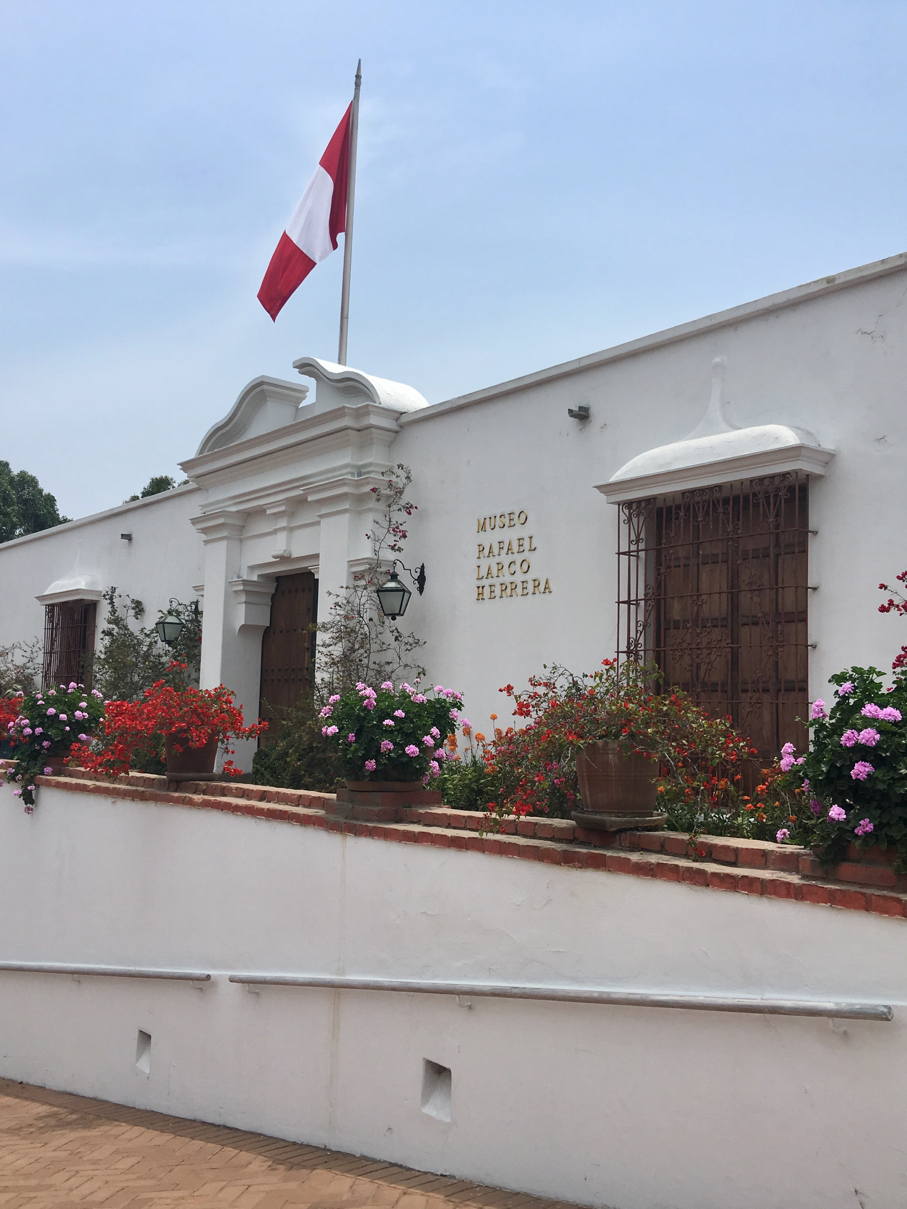 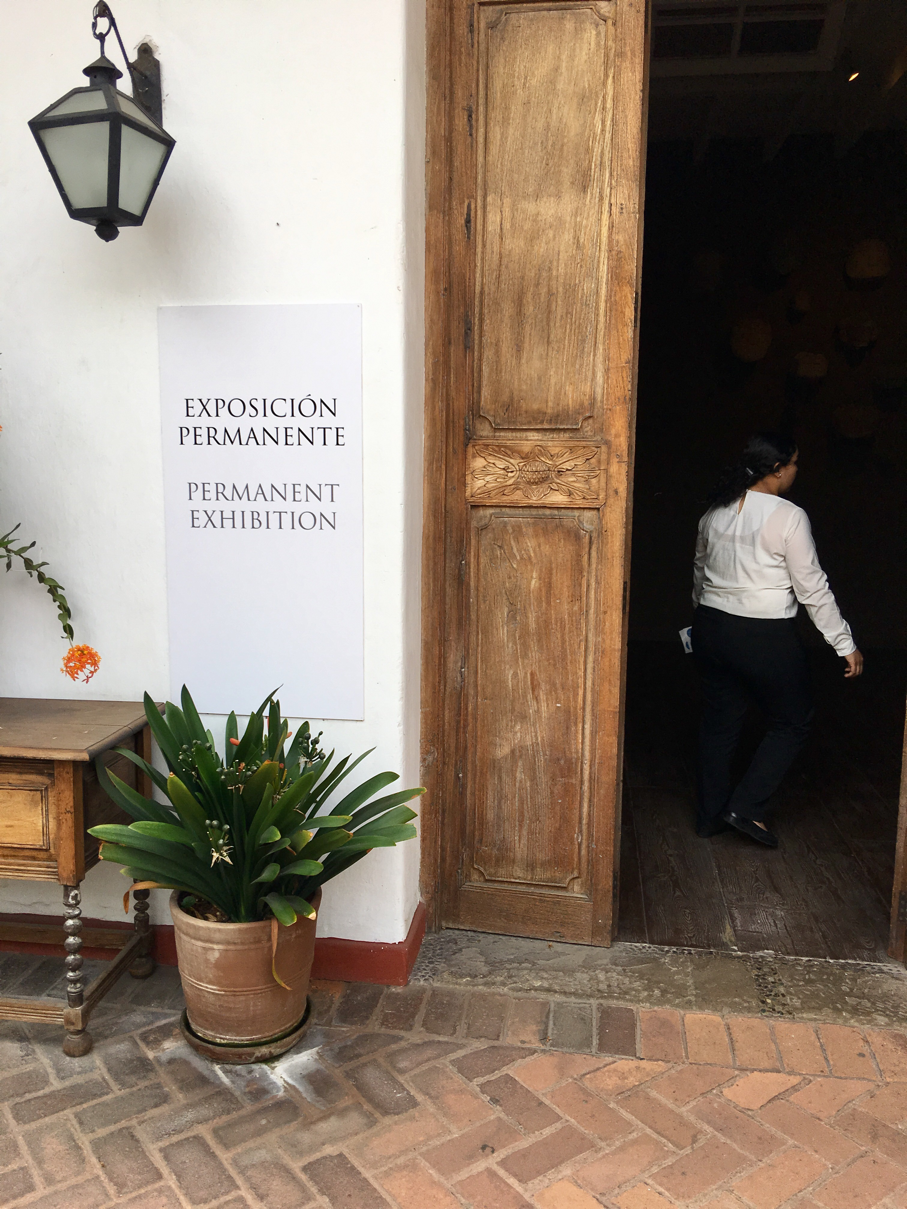 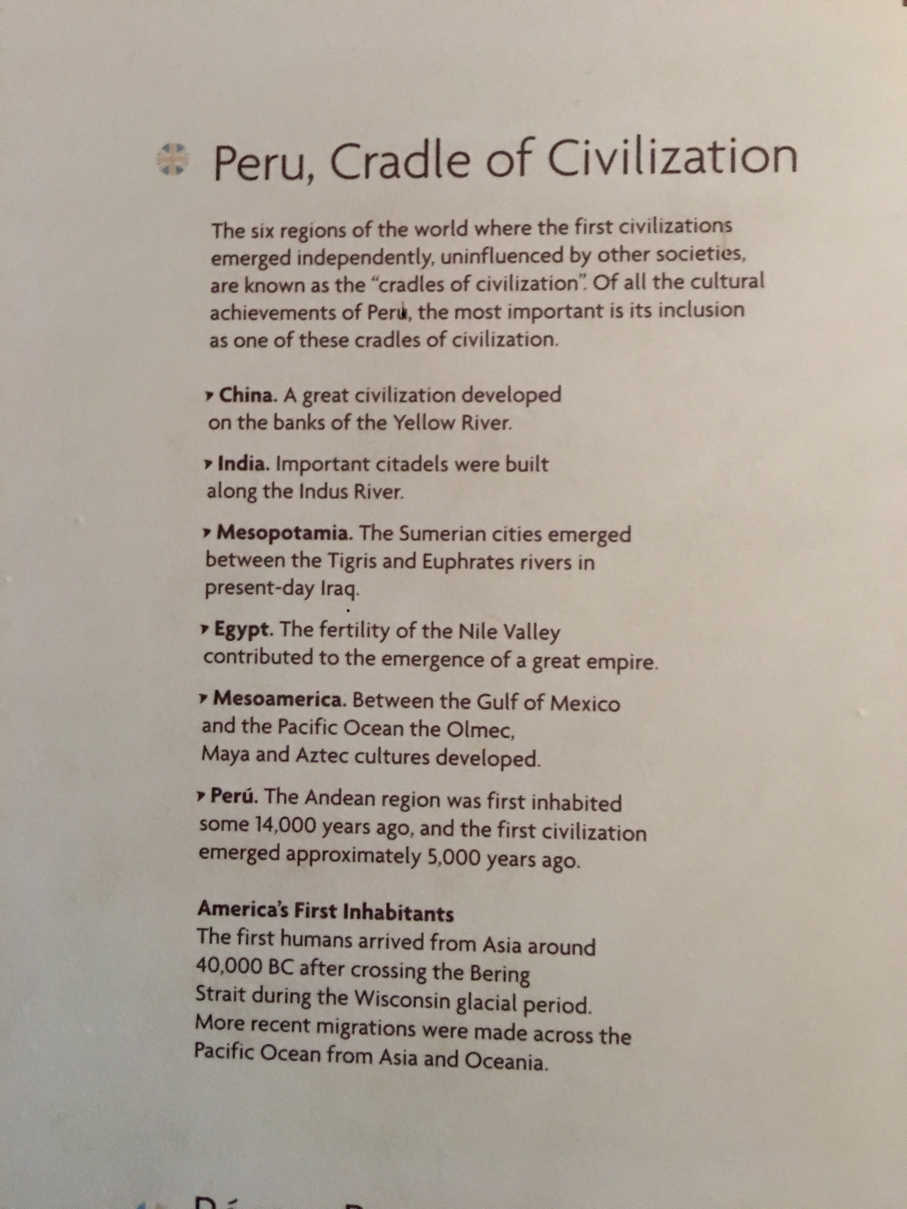 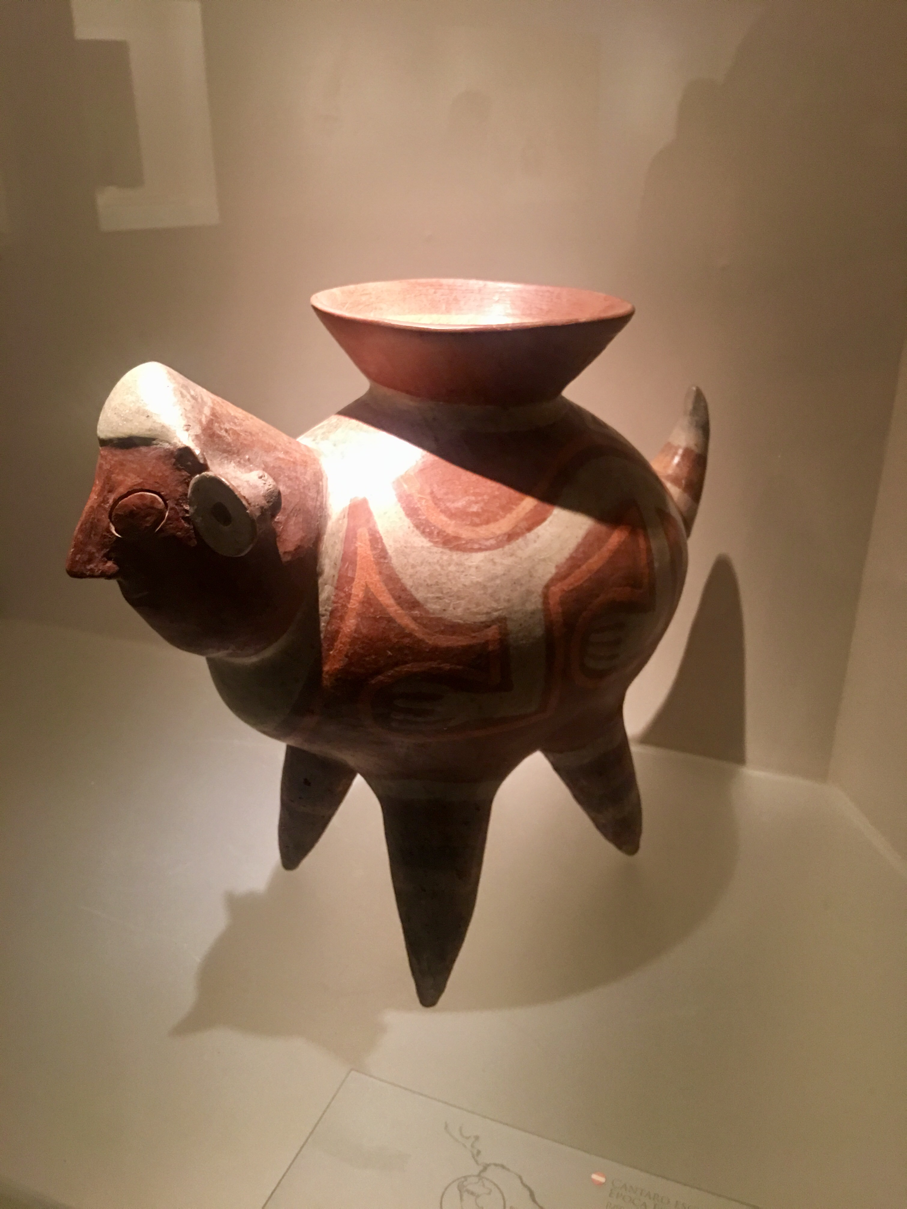 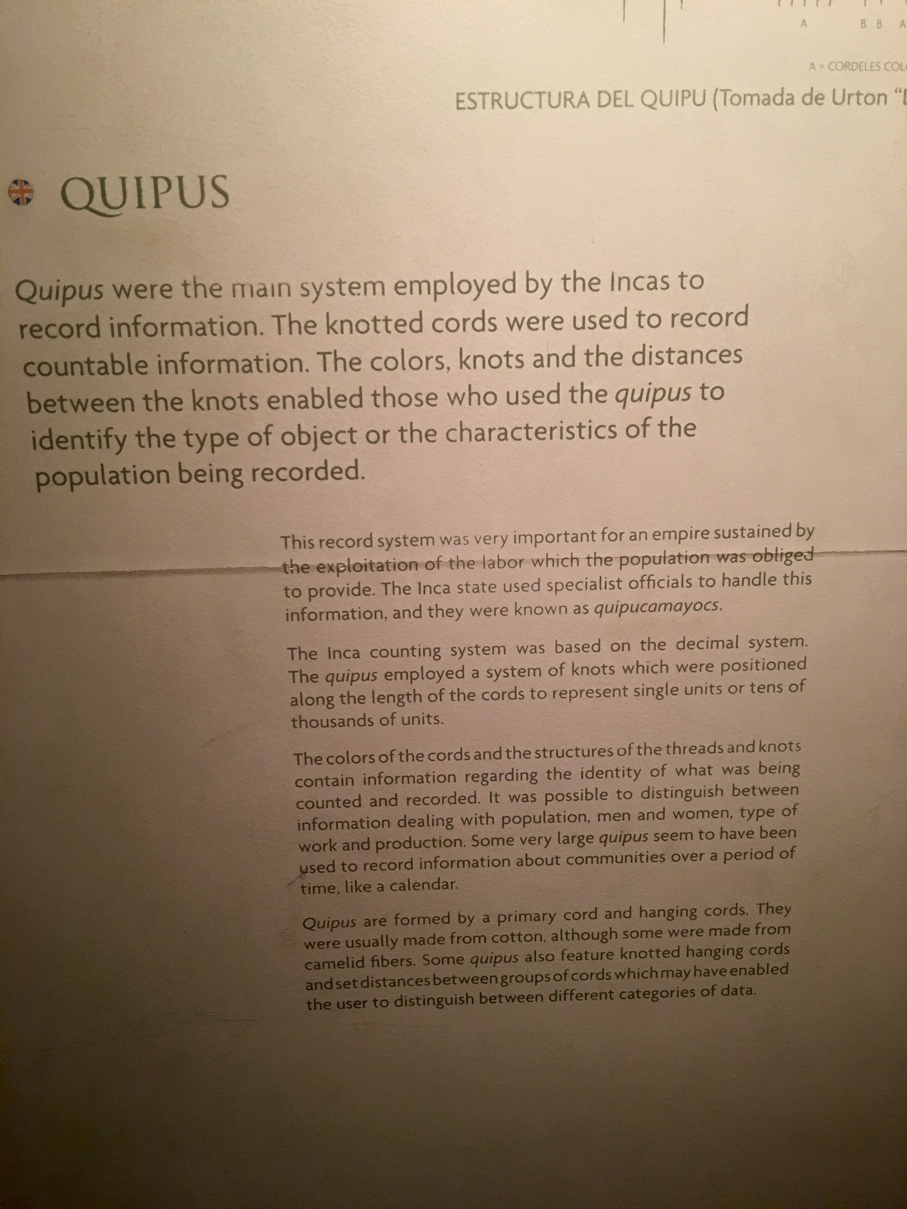 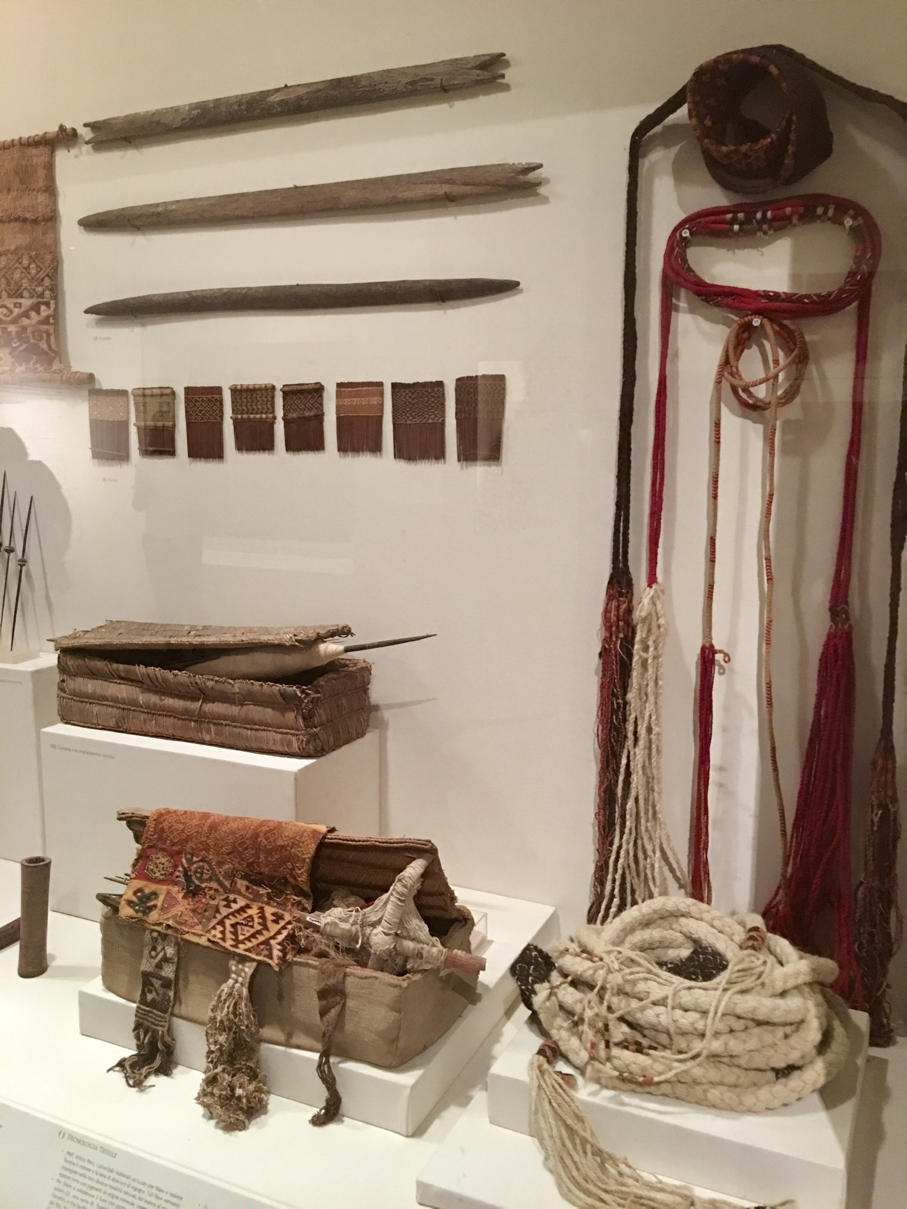 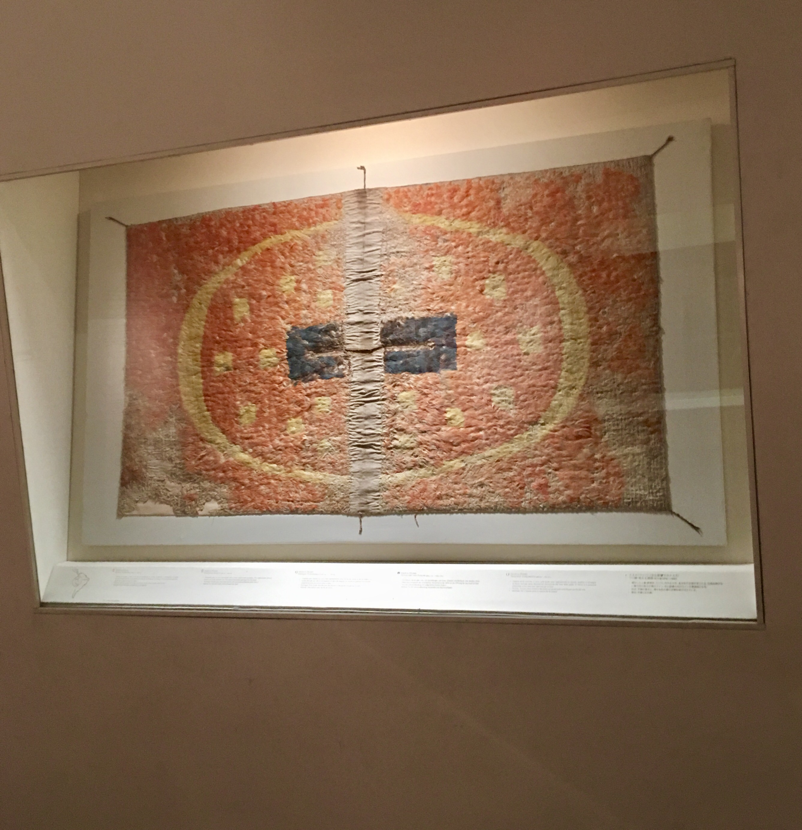 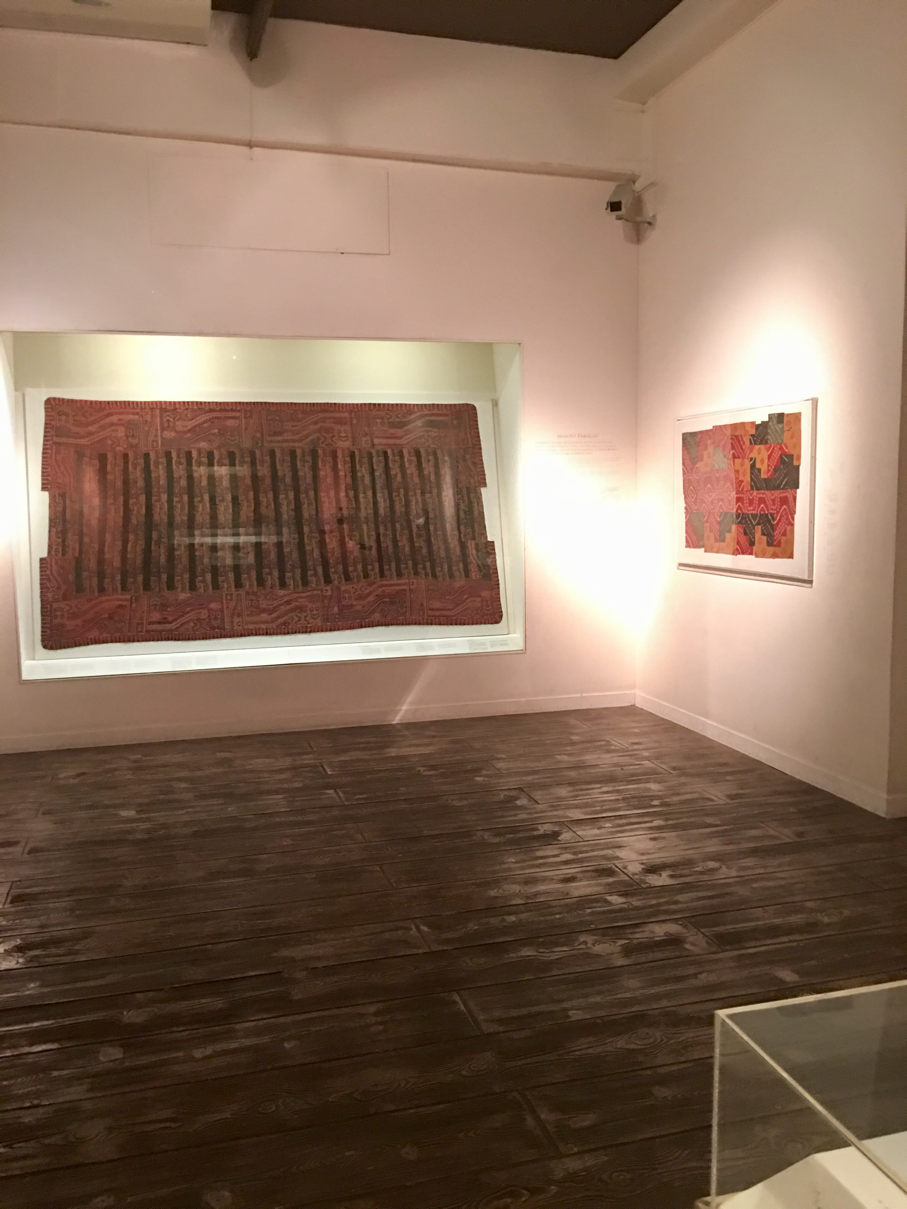 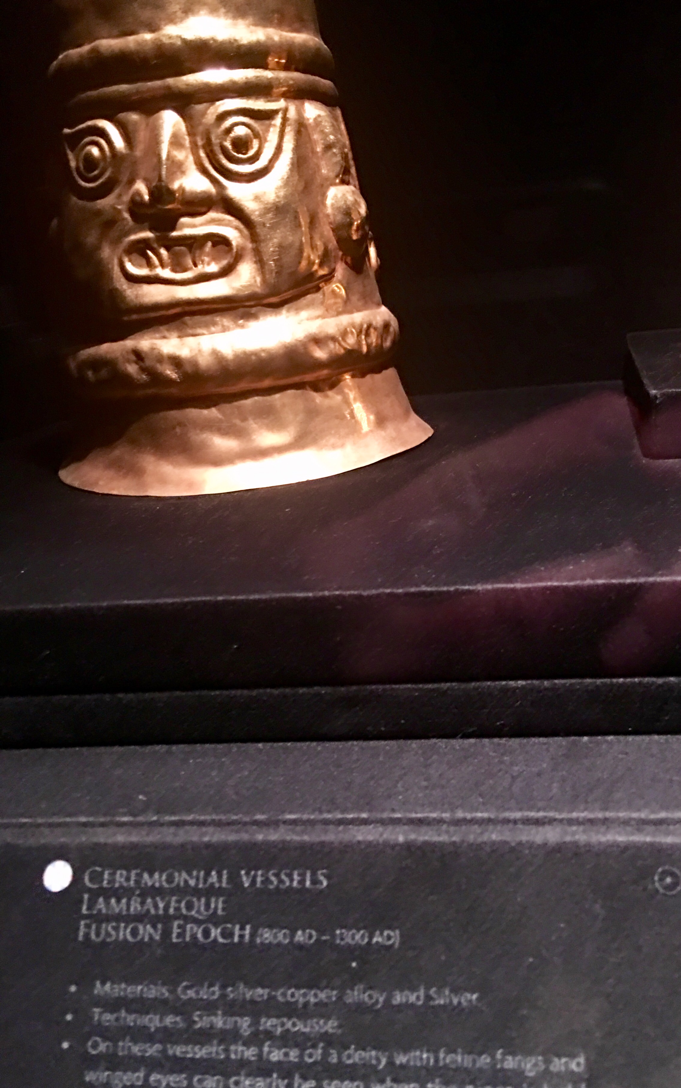 Below is actually a burial shroud for a four-year-old mummy. 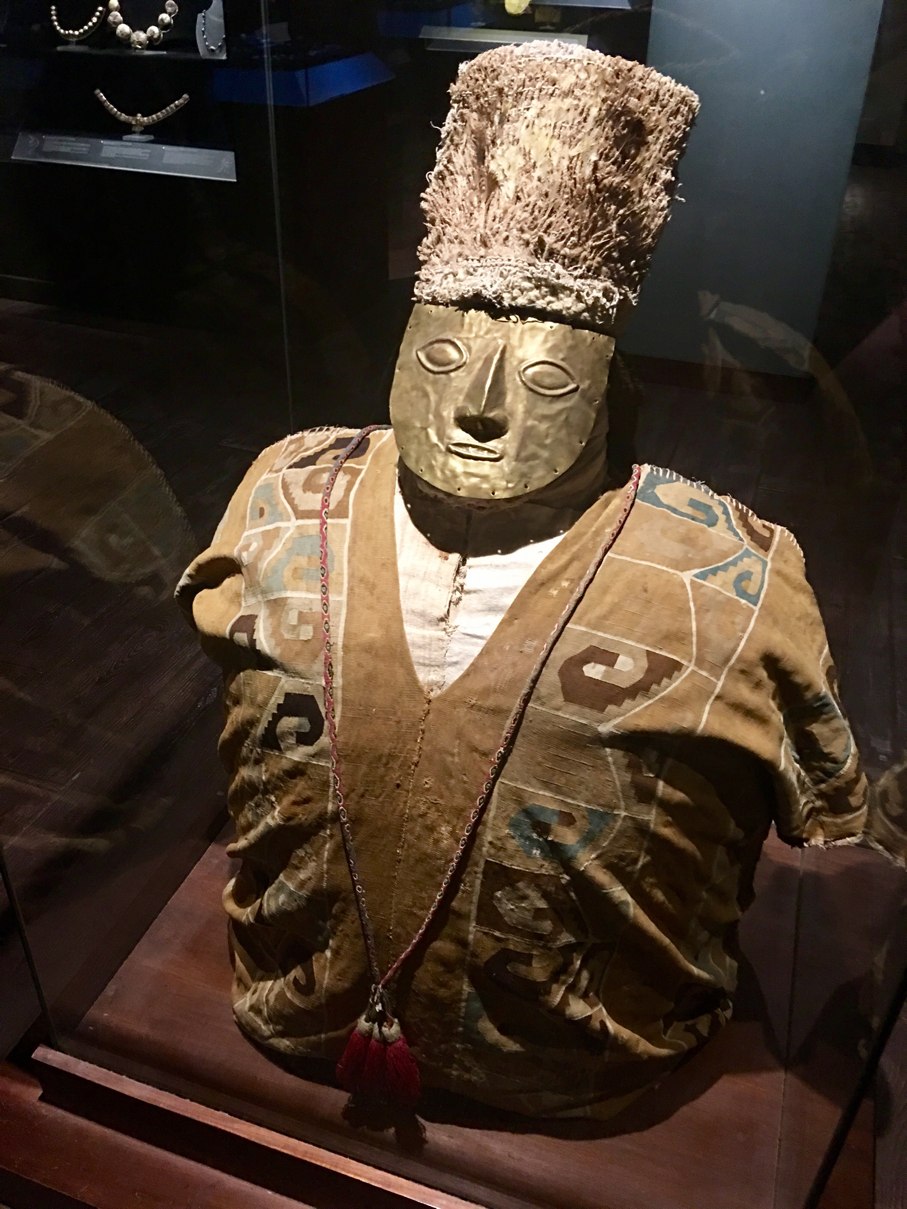 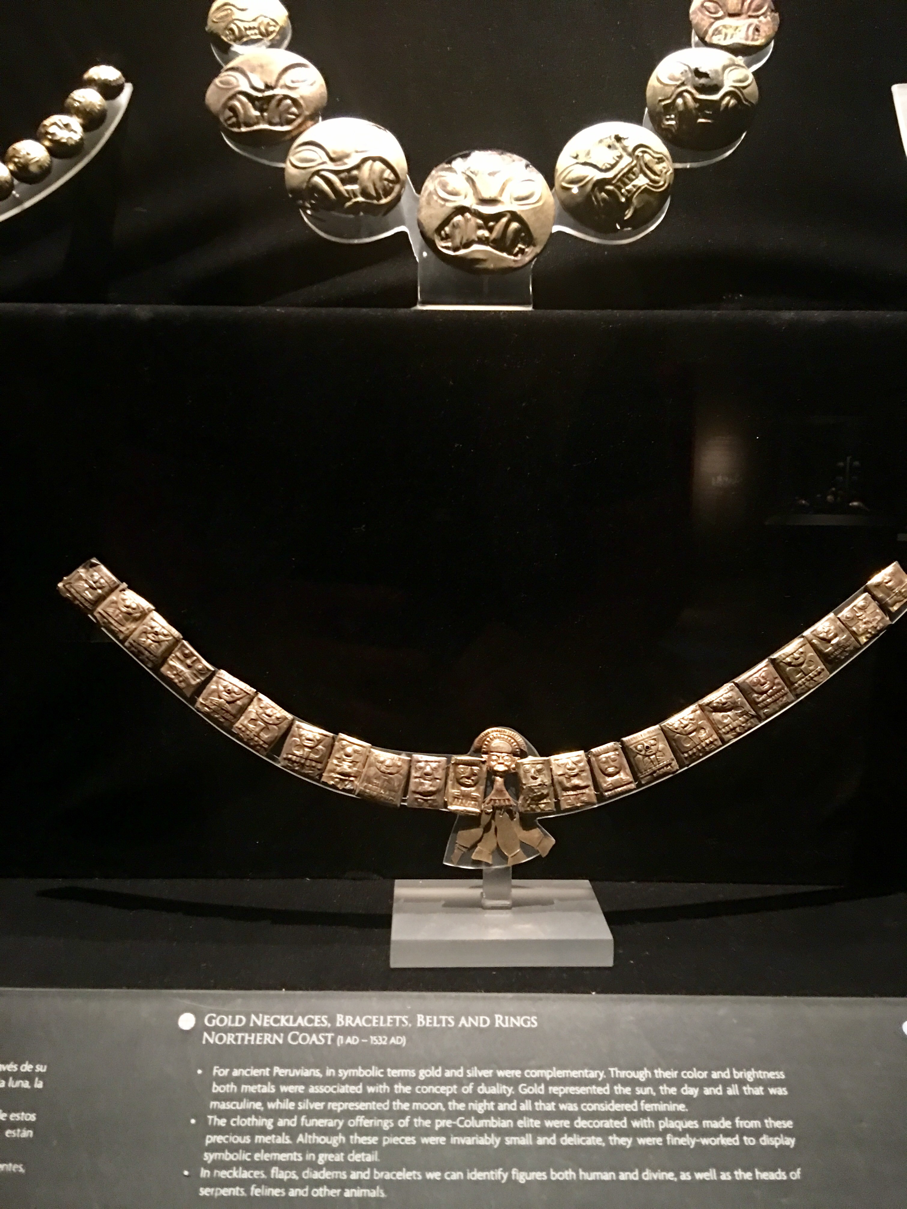 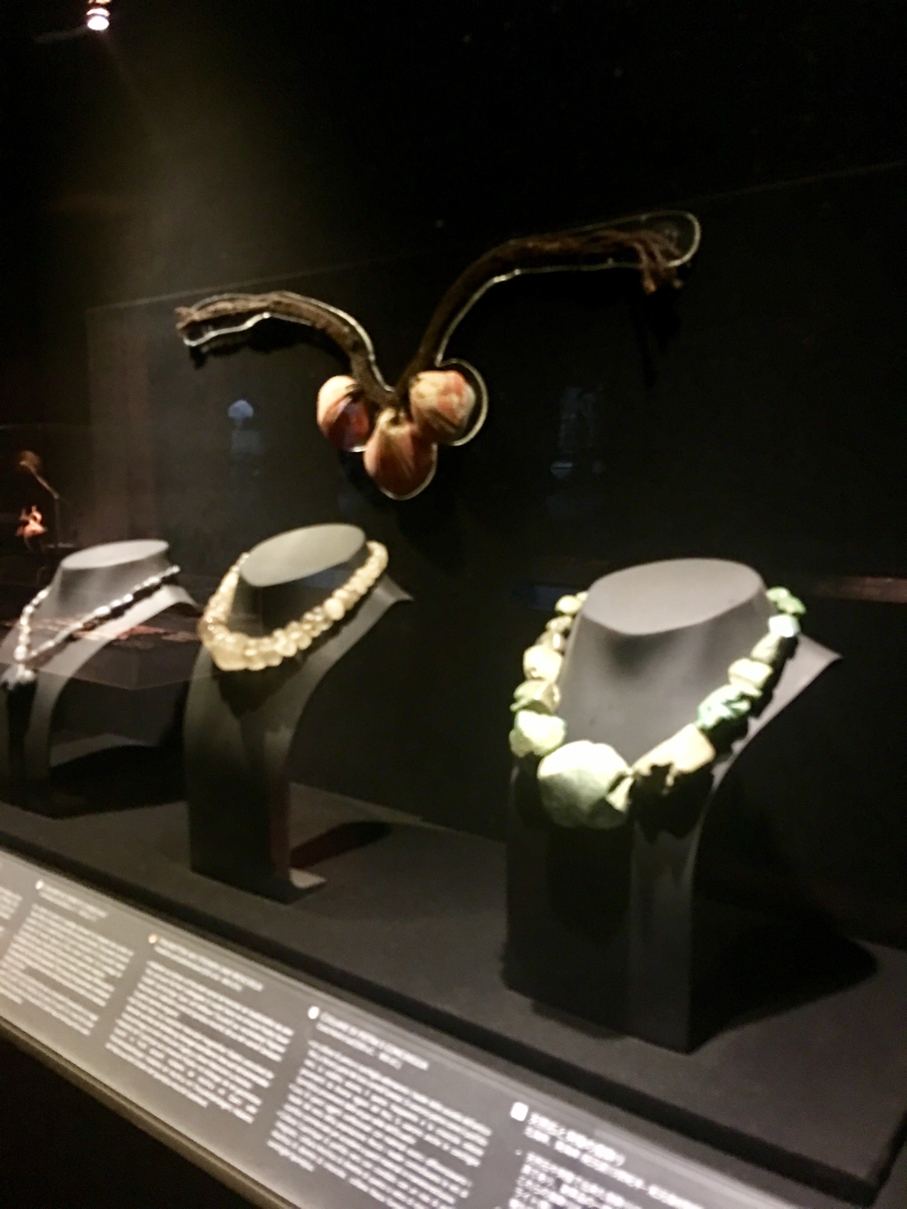 Necklaces, earrings, and other adornments often showed the rank of the wearer. 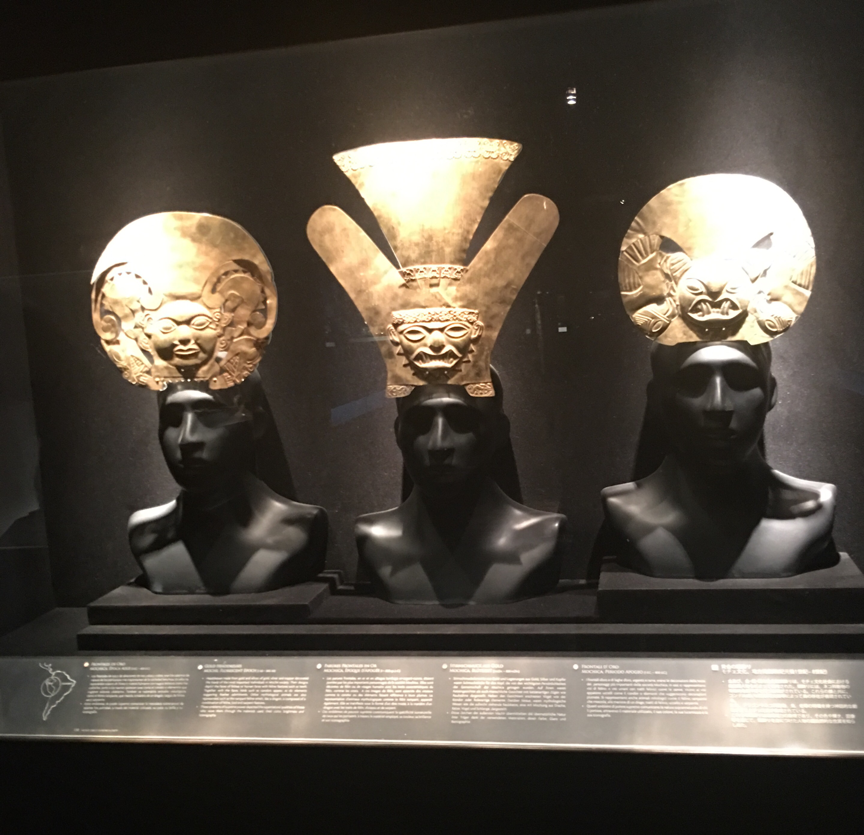 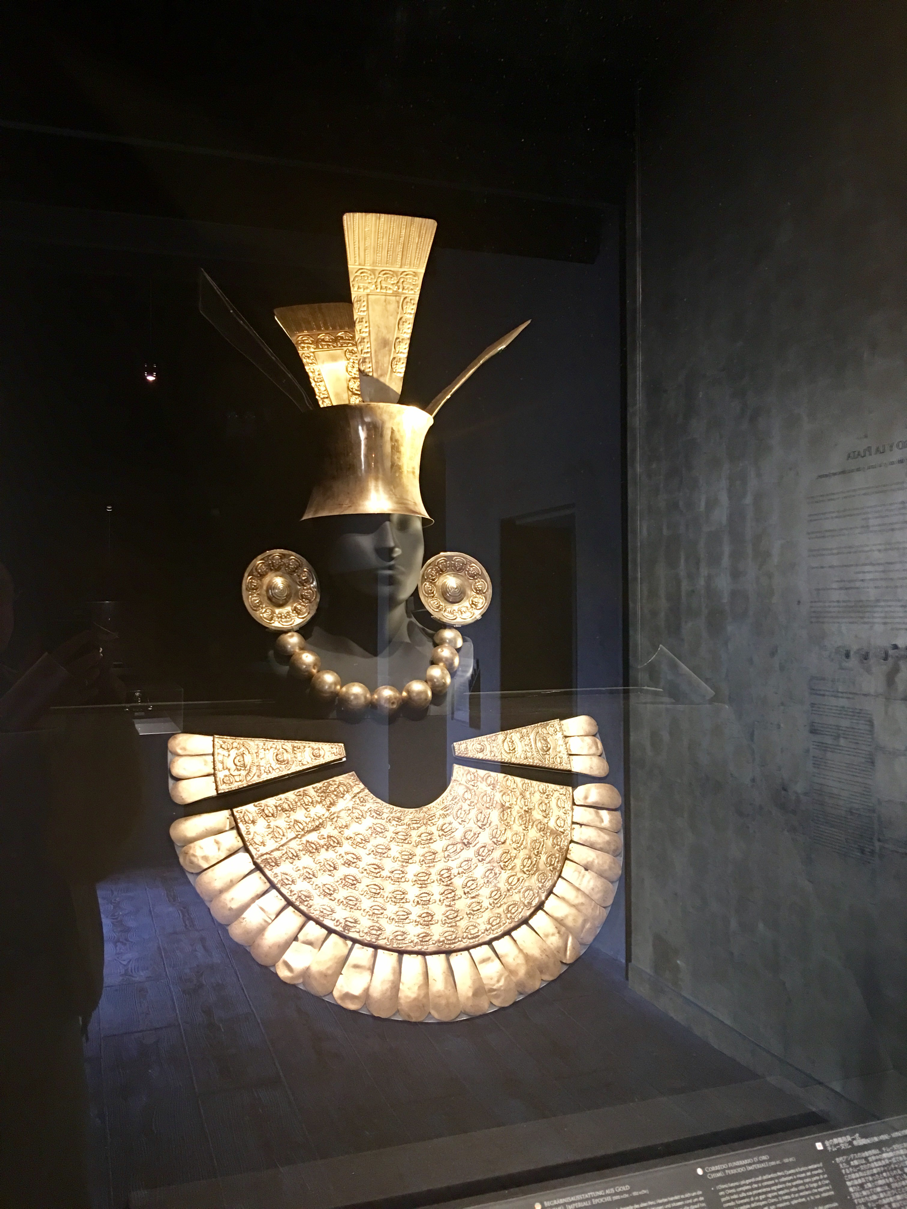 It's also one of the few museums in the world to let visitors wander through its store rooms. 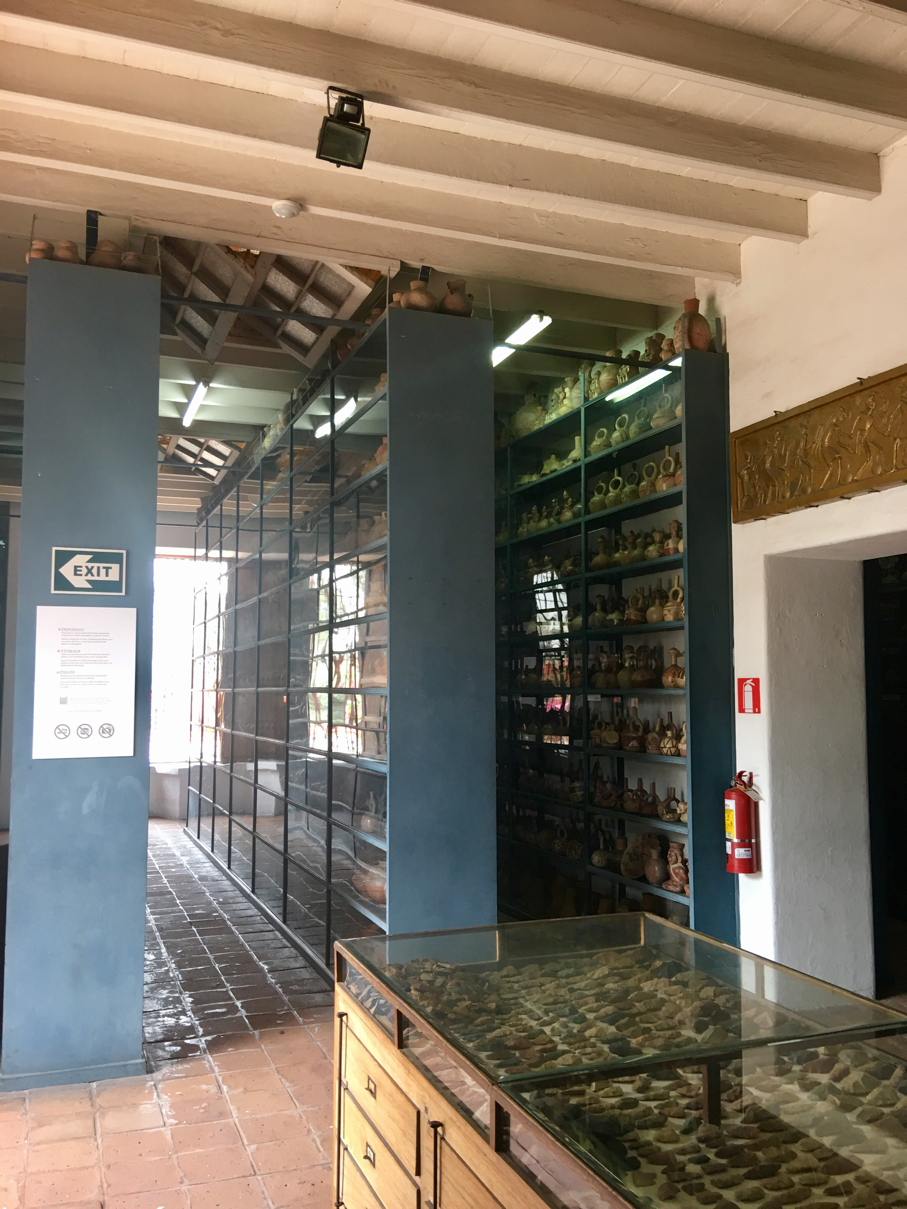 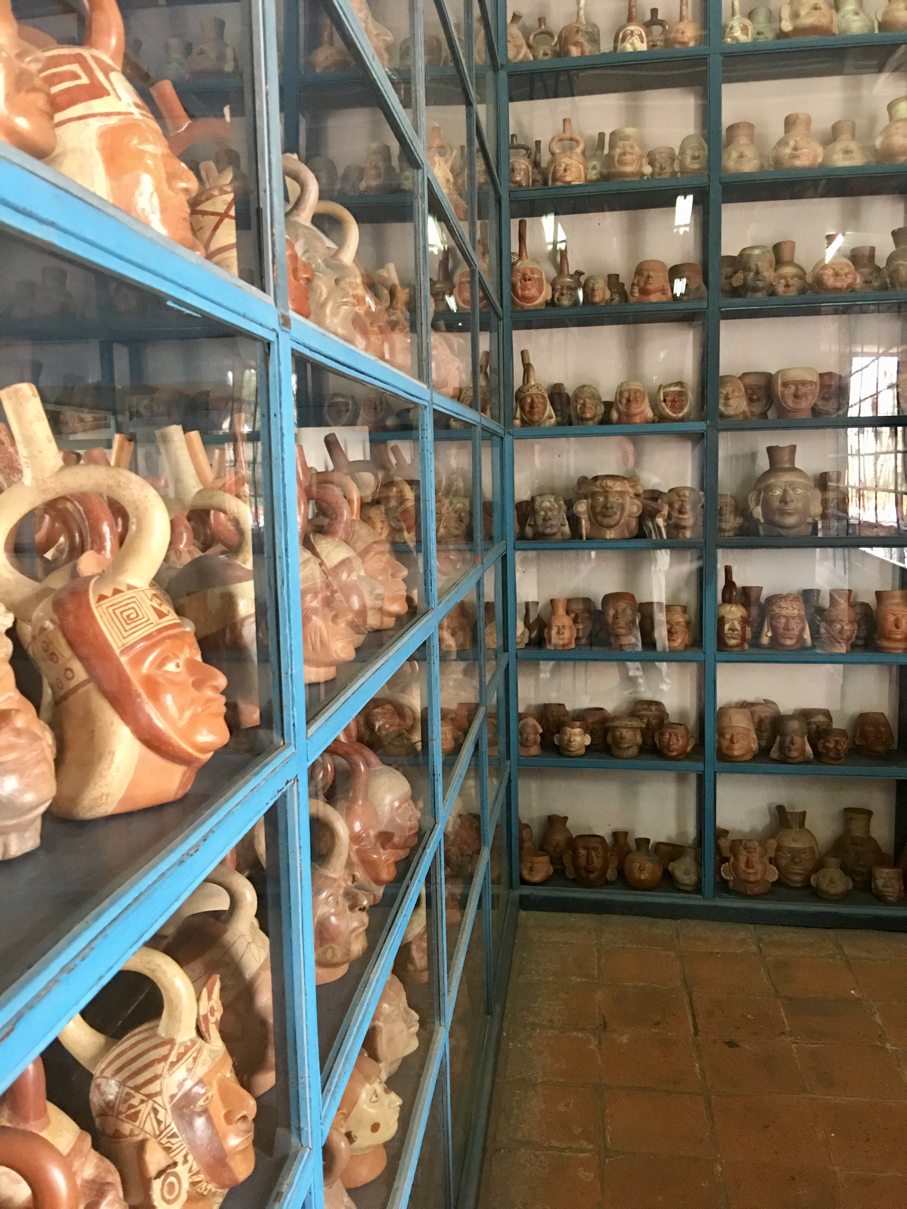 A fascinating museum with beautiful grounds. 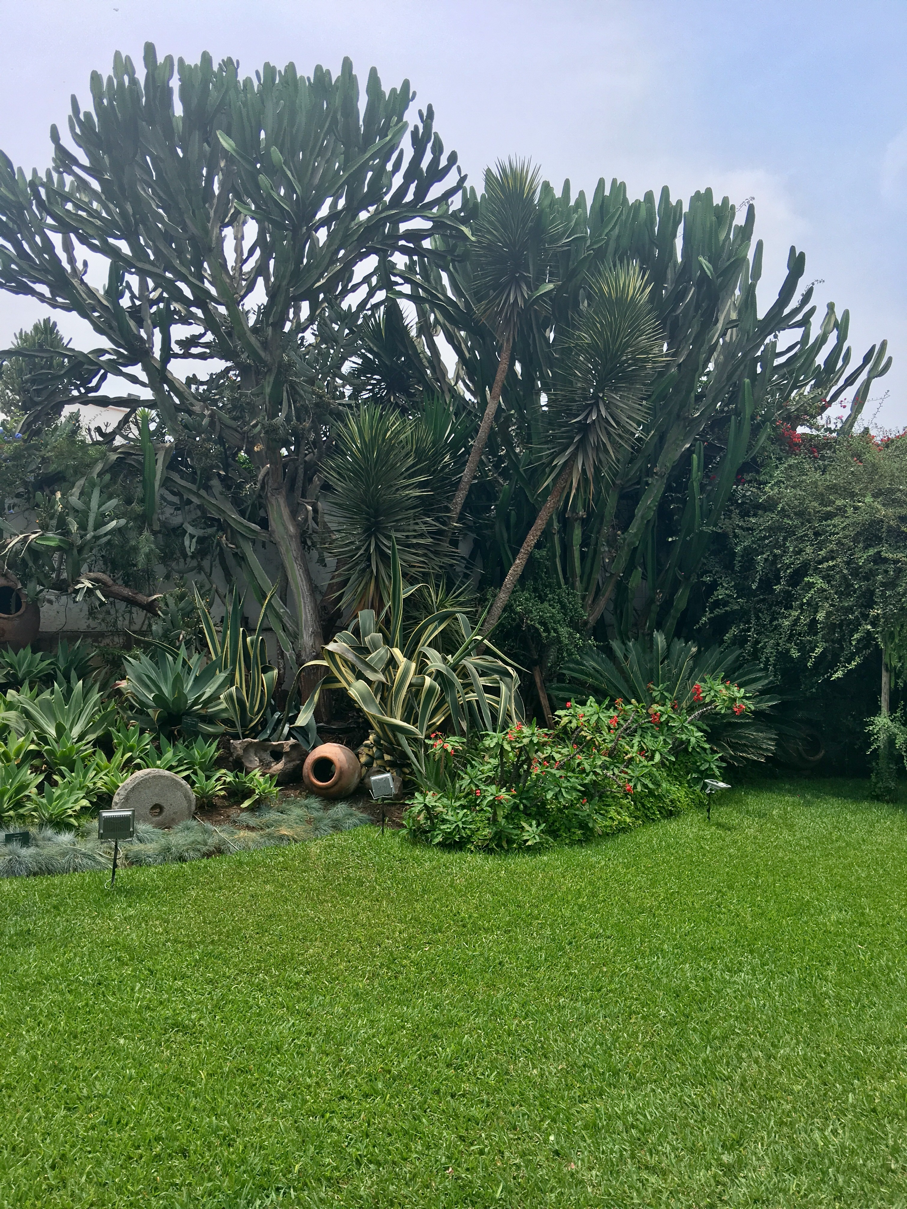