The Hilton was perfectly acceptable to us, some very negative reviews notwithstanding.
We took the elevator one flight down to eat at Cucara Macara.
It's not cheap, but it wouldn't be in the middle of an airport. The waiters were friendly and the food was not too spicy. In fact, it was too bland for our tastes, another than one Serrano chile on Brian's plate. Another time we'd ask for some sauce. We're up early this morning, having navigated our way through a 5:30 Hilton breakfast, the train, and security back in Terminal 2.
We're having coffee in an Aeromexico Salon Lounge before boarding our flight to Lima, two relatively easy days of flying. 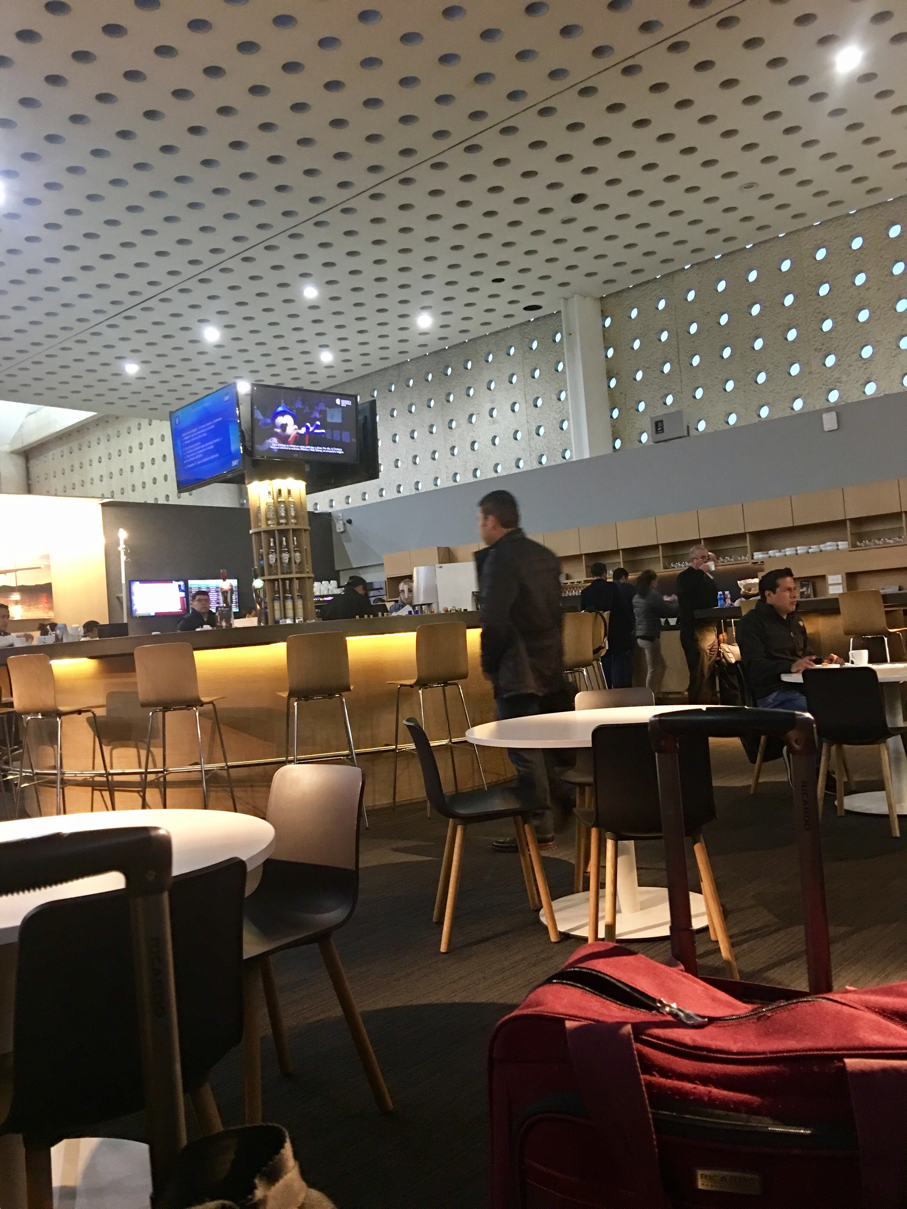