We were among the first off our plane after a great flight.
An employee led us up to a door, unlocked it, and told us to “keep right.” We merged with another crowd, inched through a doorway, and then had to merge again with another crowd coming from the opposite direction.
Our goal? A small escalator, fortunately not operating. We inched down that, and found ourselves in a huge room with several areas for immigration.
We finally got directed to Area 3, and then moved to Area 4. The only saving grace was that it was a polite throng, with hundreds of tourists being decent to each other in Mexico’s second busiest airport. 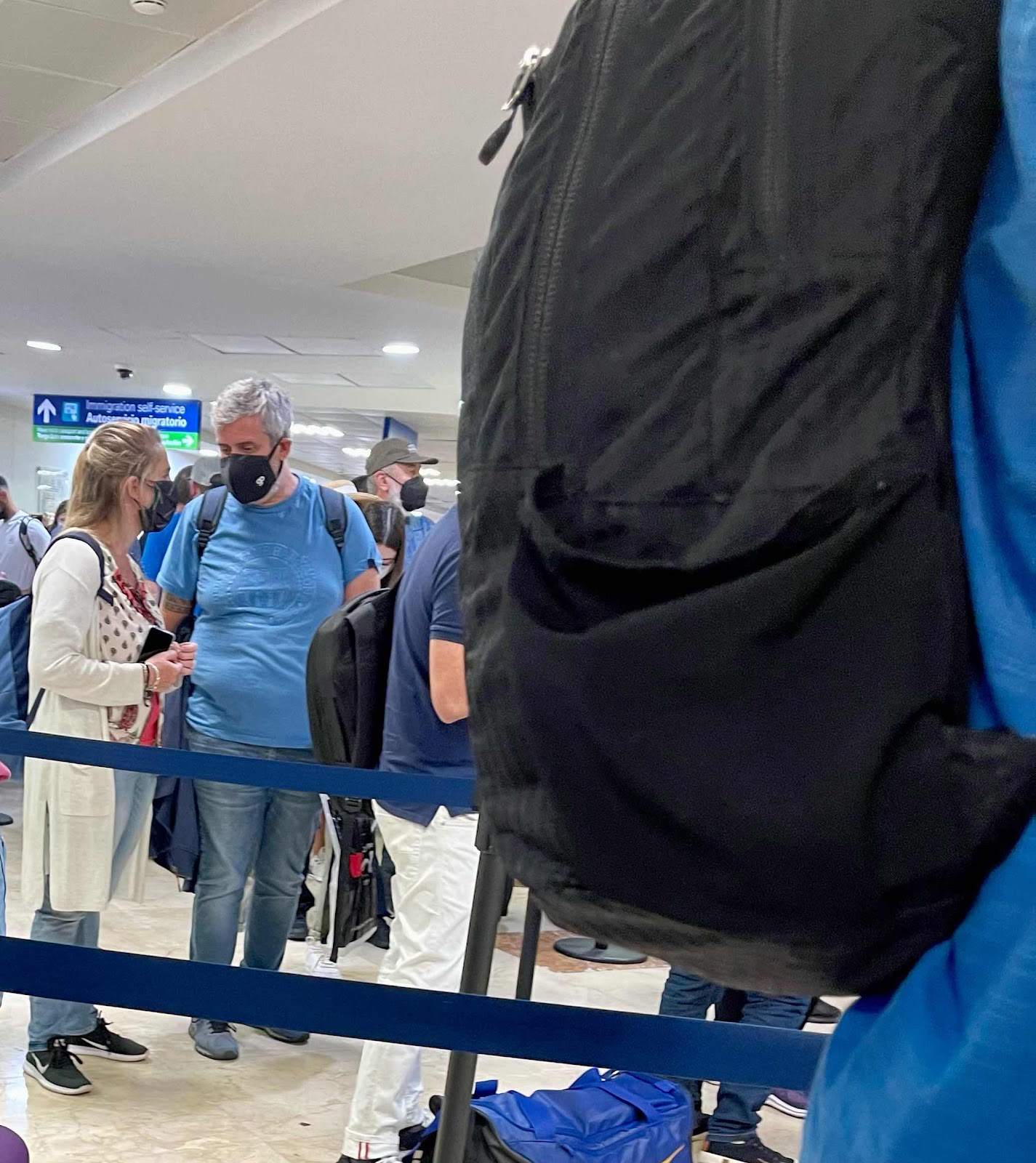 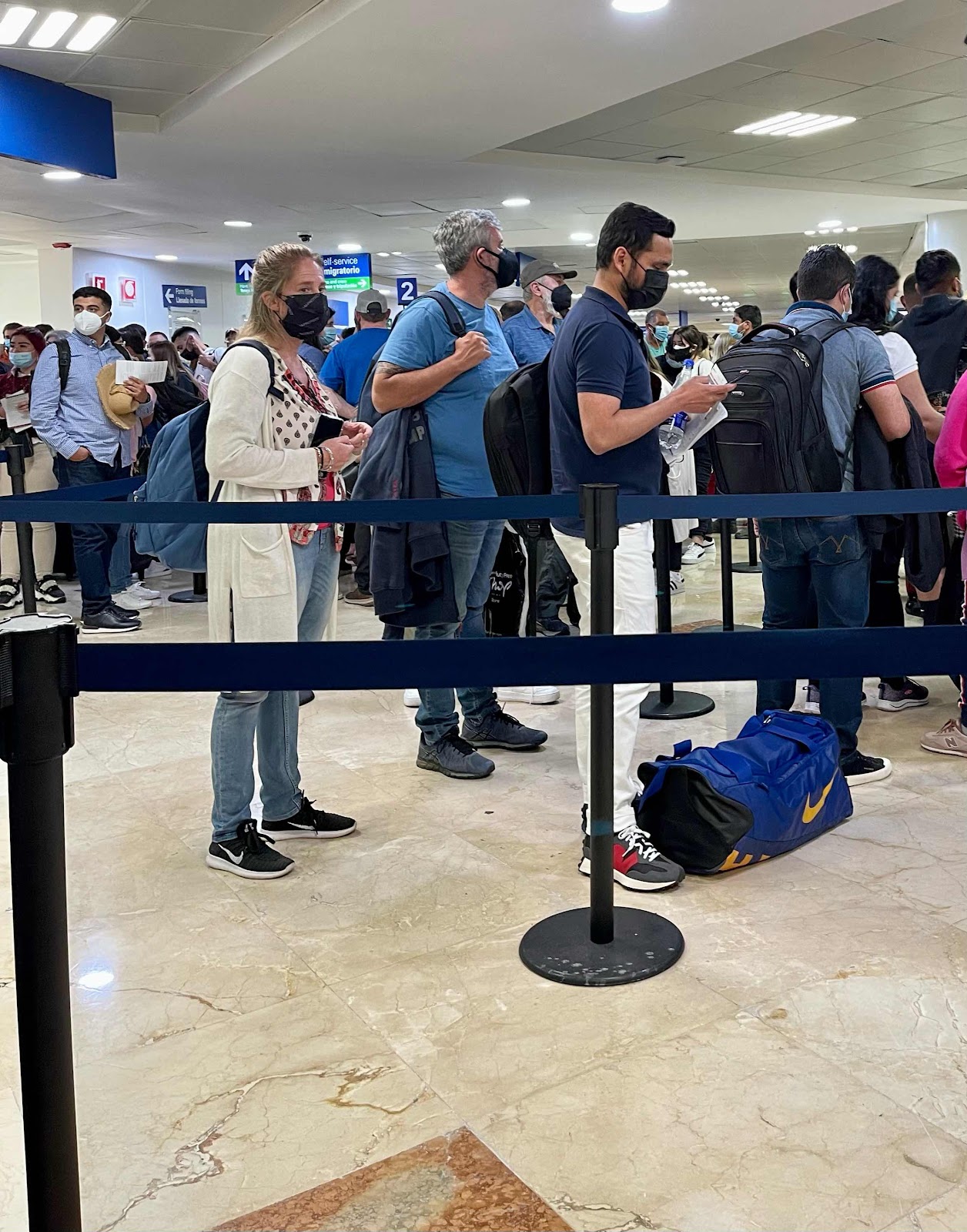 We obtained some pesos for tips from a possibly shady ATM, and found our car service outside with only a little delay.
We’re now en route to the Hilton 90 minutes after landing, which isn’t too bad. 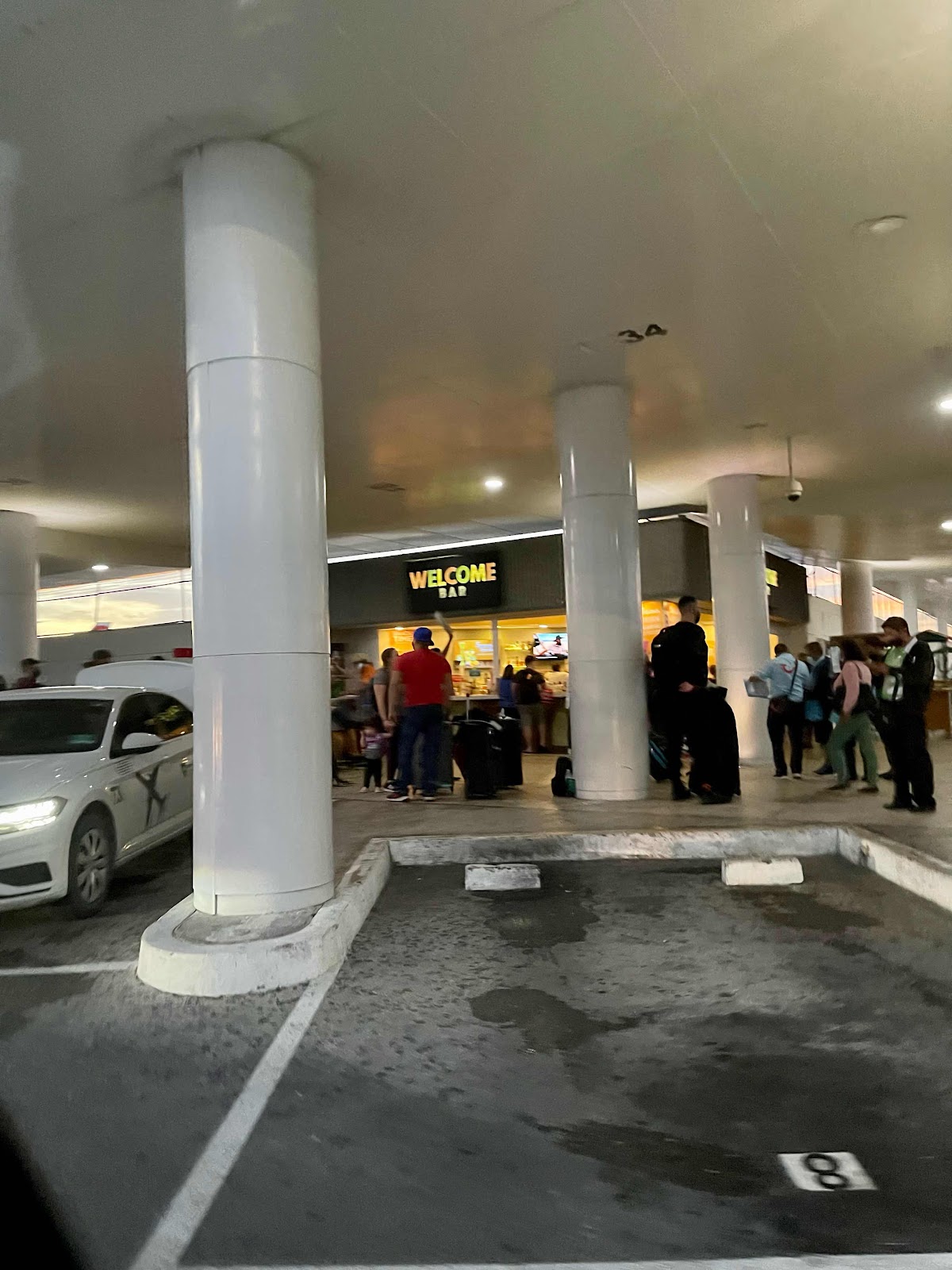 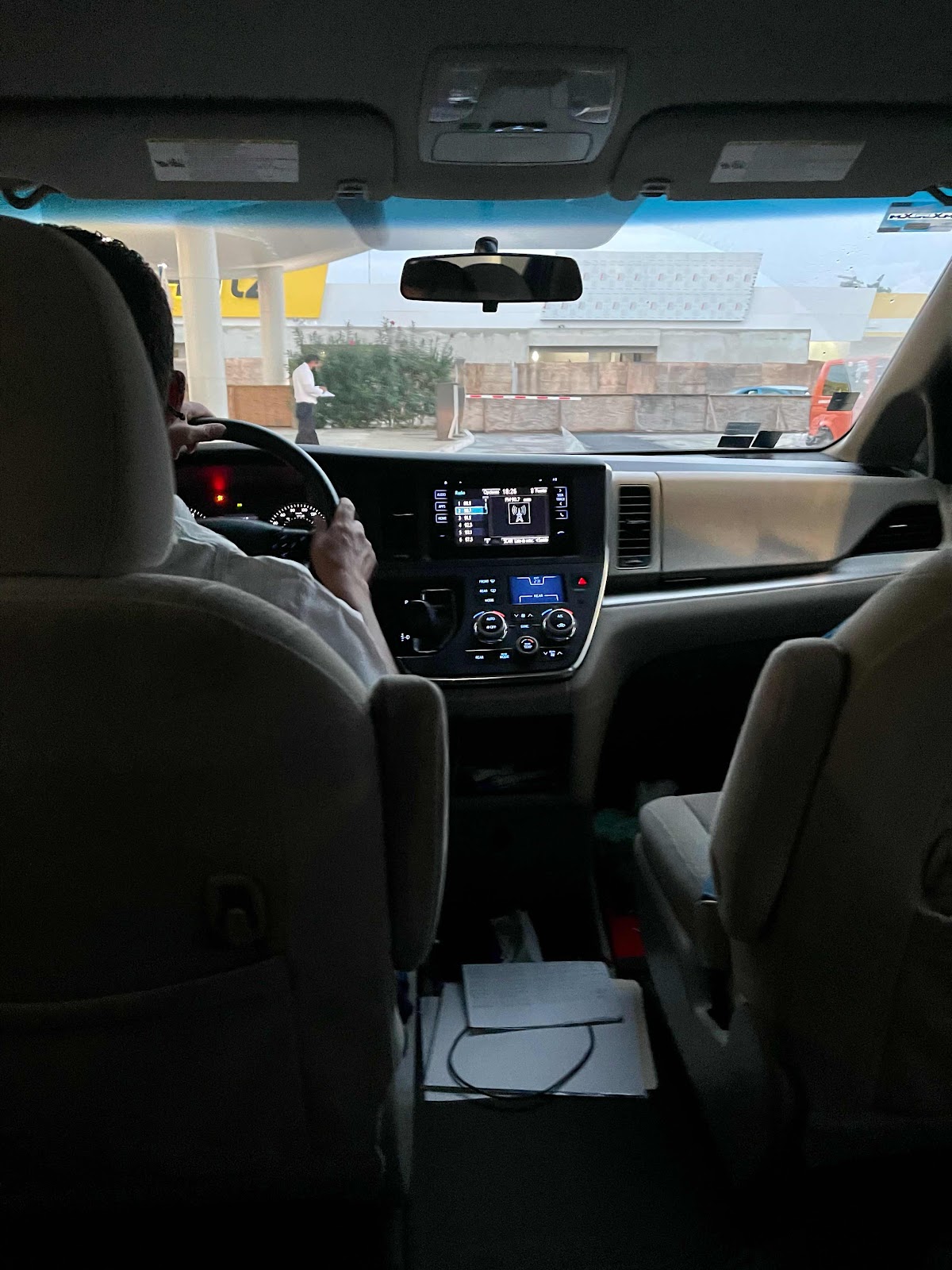