We enjoyed our third and final visit to Asiana, where we made sure the friendly and helpful Victor Herrera was our server again.
It’s definitely our favorite restaurant at the Hilton Playa del Carmen. 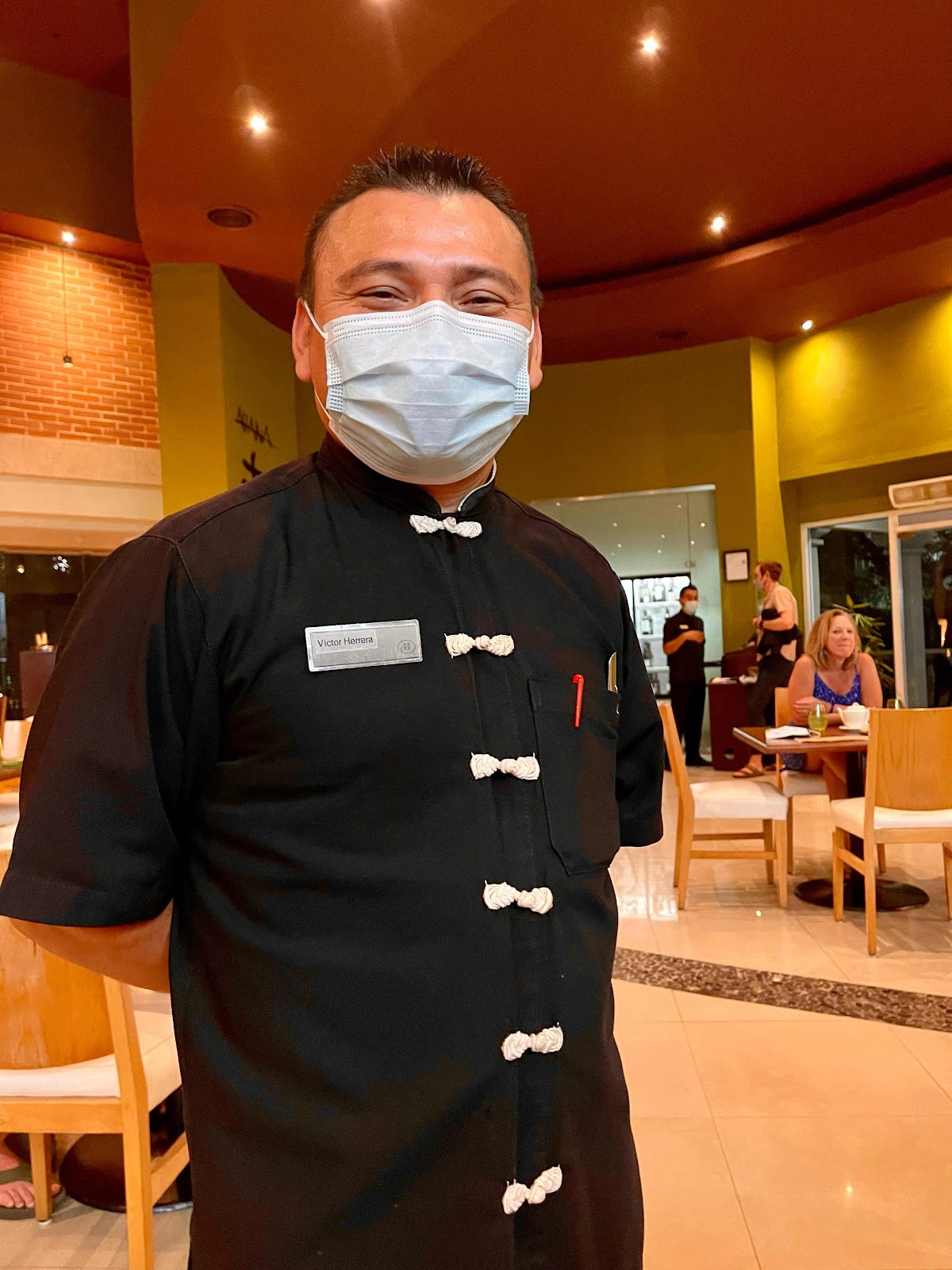 The food was as tasty as before. That included edamame with a Mexican twist. 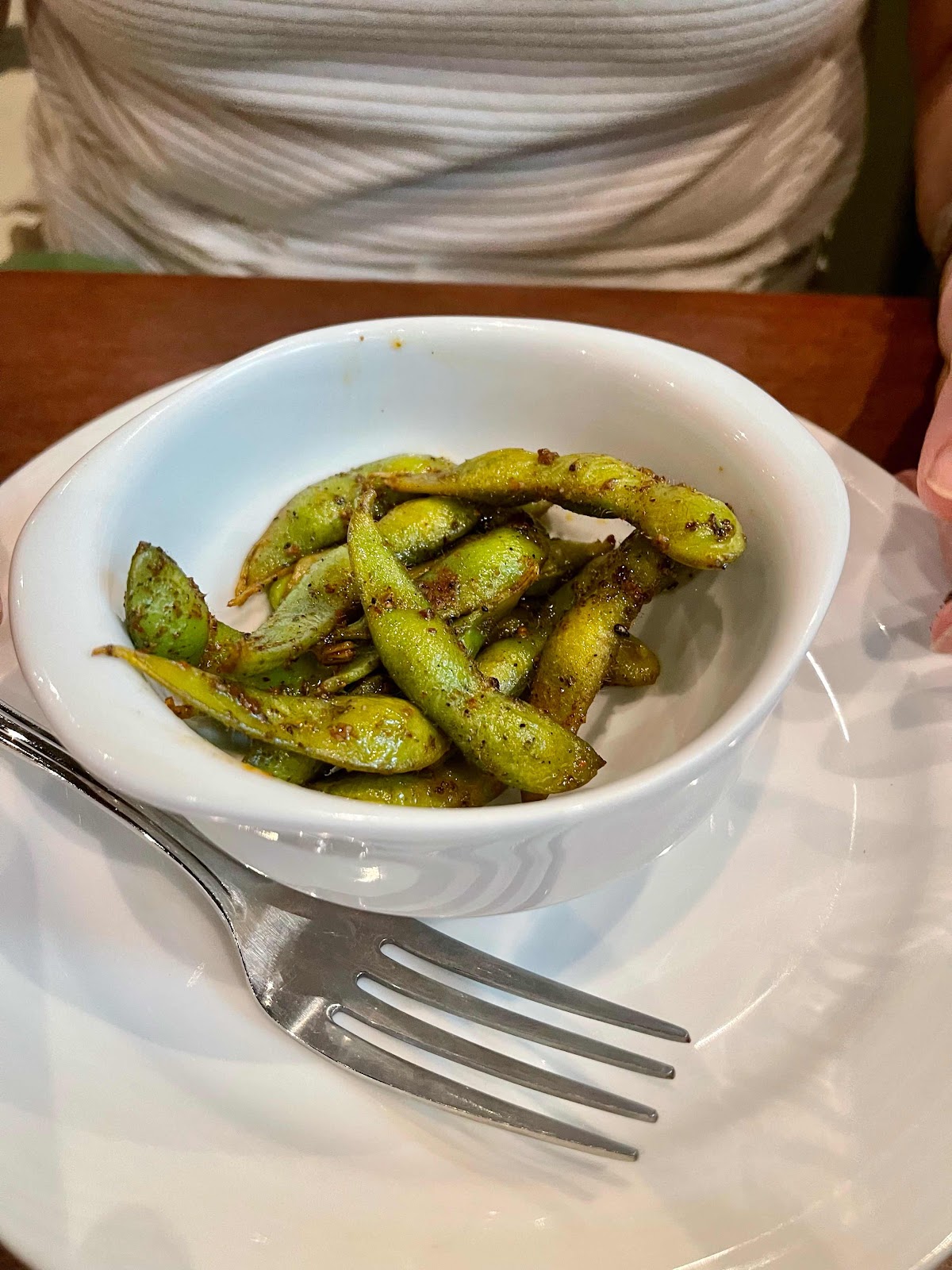 Victor brought us another fine selection of sushi. 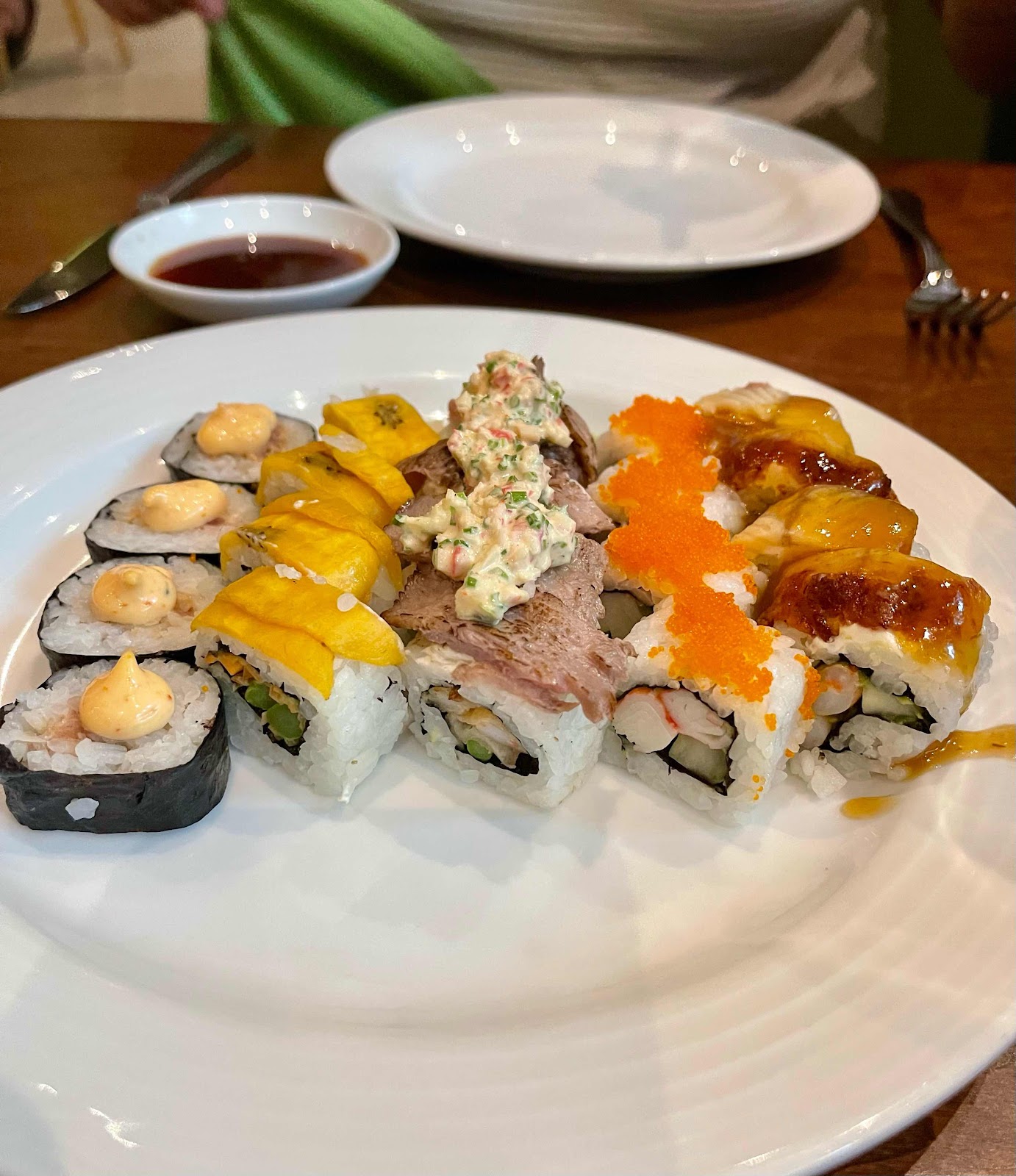 The young chef, Carlos Alcaraz, dropped by our table and we thanked him for his good work. 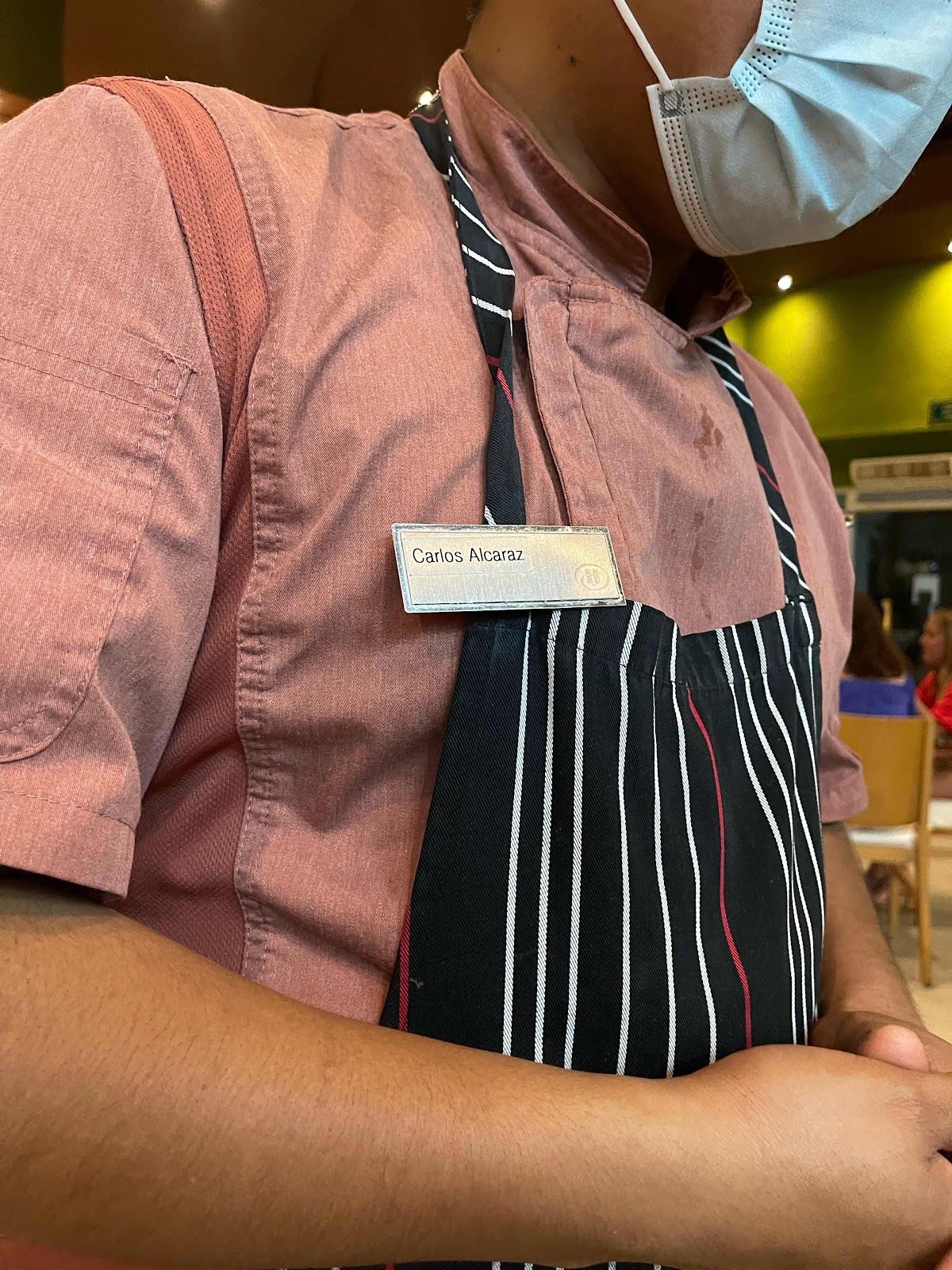 This morning arrived brutally early. We didn’t sleep at all well but checked out in good time. Our CARM shuttle driver arrived early and the drive to the airport was quiet and smooth.
We learned a couple of things at the airport.
First, while Alaska provided an online boarding pass, it doesn’t pass muster at the checkpoint. We had to retreat to the checkin counter and wait in line about 20 minutes.
Second, the CDC attestation form we completed online doesn’t count either. We had to sign another form while we waited in line.
Third, the Mexican government’s vuelo seguro (fly safe) form is no longer in use as of January 1.
Still, we’d rather have forms we don’t need than not have forms we do need.
After making it past the checkpoint on our second try and through security, we’re relaxing with some coffee in a Priority Pass lounge before boarding our 9AM flight.
Posted by Kathy and Brian at 4:08 AM