As Peter Sellers says in Being There, his last and perhaps greatest movie, in the character of the intellectually limited Chance the Gardener, who becomes known as Chauncey Gardner, the distinguished public intellectual,  "In the garden, growth has its seasons. First comes spring and summer, but then we have fall and winter. And then we get spring and summer again."

For us this year, after a cold, wet, and windy winter that destroyed several of our plants and bushes, the weather has swung back and forth between spring and winter. Finally it's spring, even though we see more wind and rain in the forecast, and we've been planting.

We've had rabbits nesting in our hedges for some time and emerging to nibble on whatever they can reach, including the tips of our precious asparagus. This year we've bought fencing and more fencing. So far it seems to be working.

Here are our peas starting to sprout... 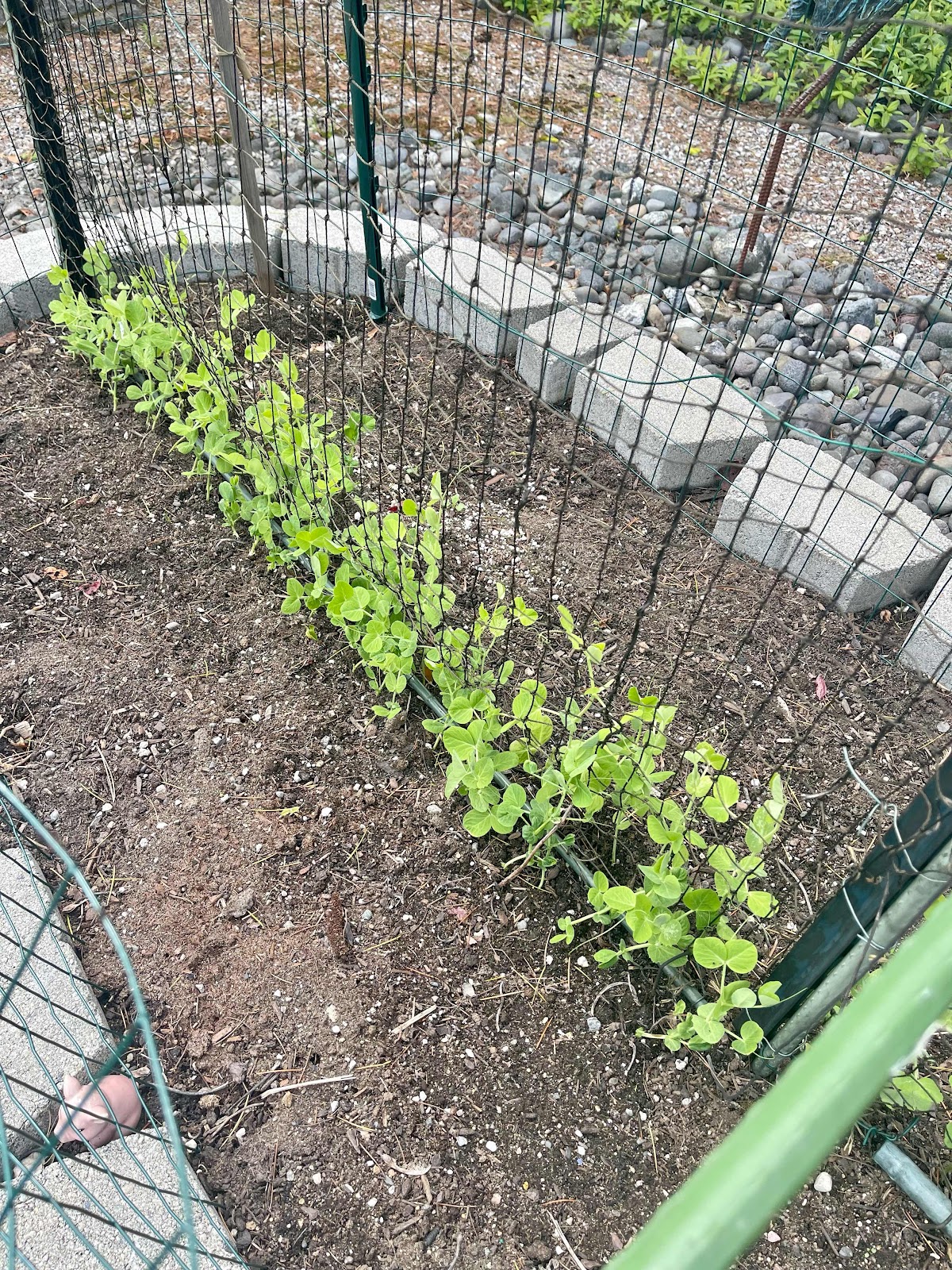 The lettuce is starting to grow. That's garlic in the background... 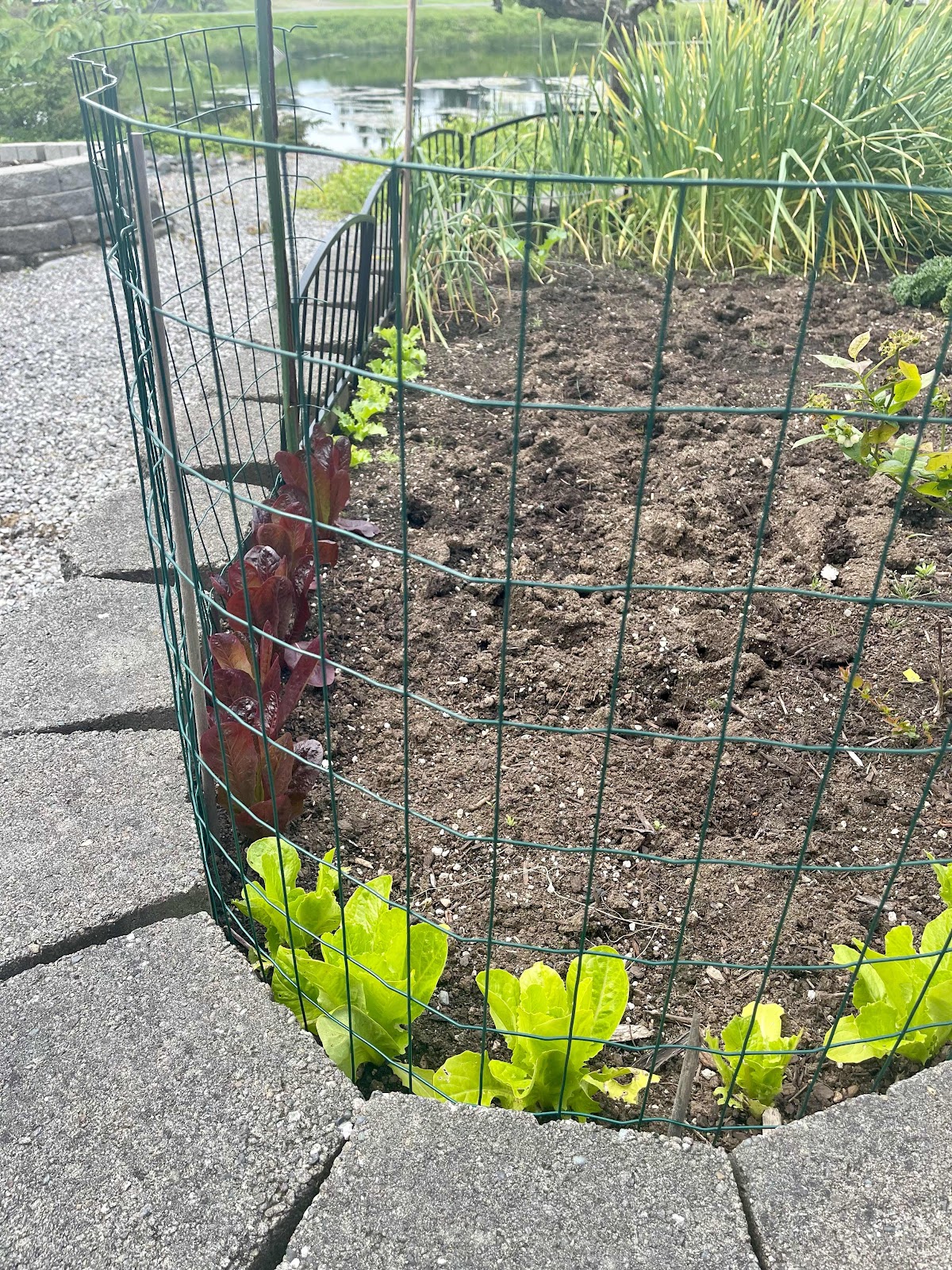 We spotted a wascally wabbit approaching our asparagus patch, but the fence outwitted him... at least so far. 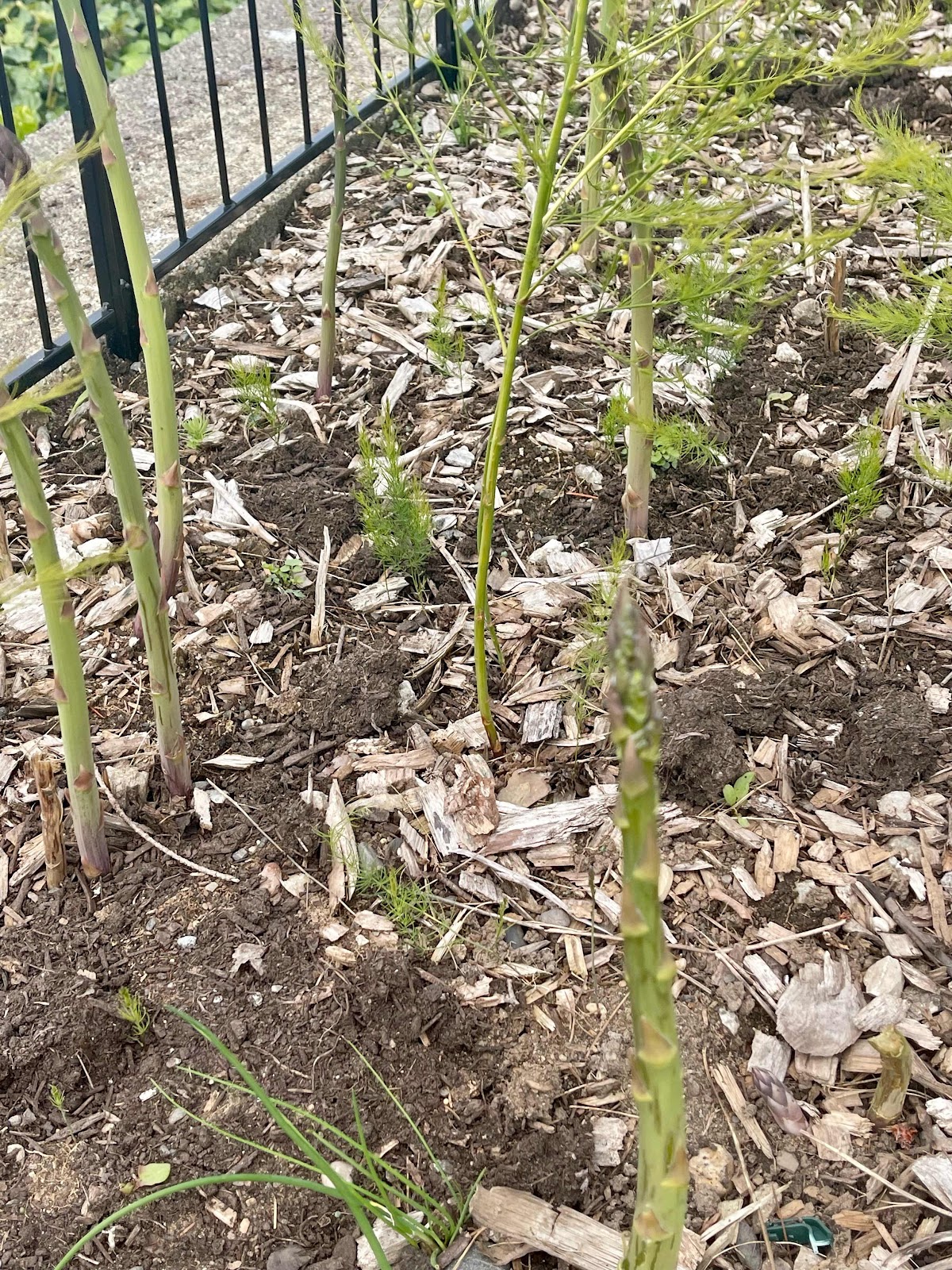 They've never shown much interest in our chives, and the crop in its pot remains attractive and tasty. 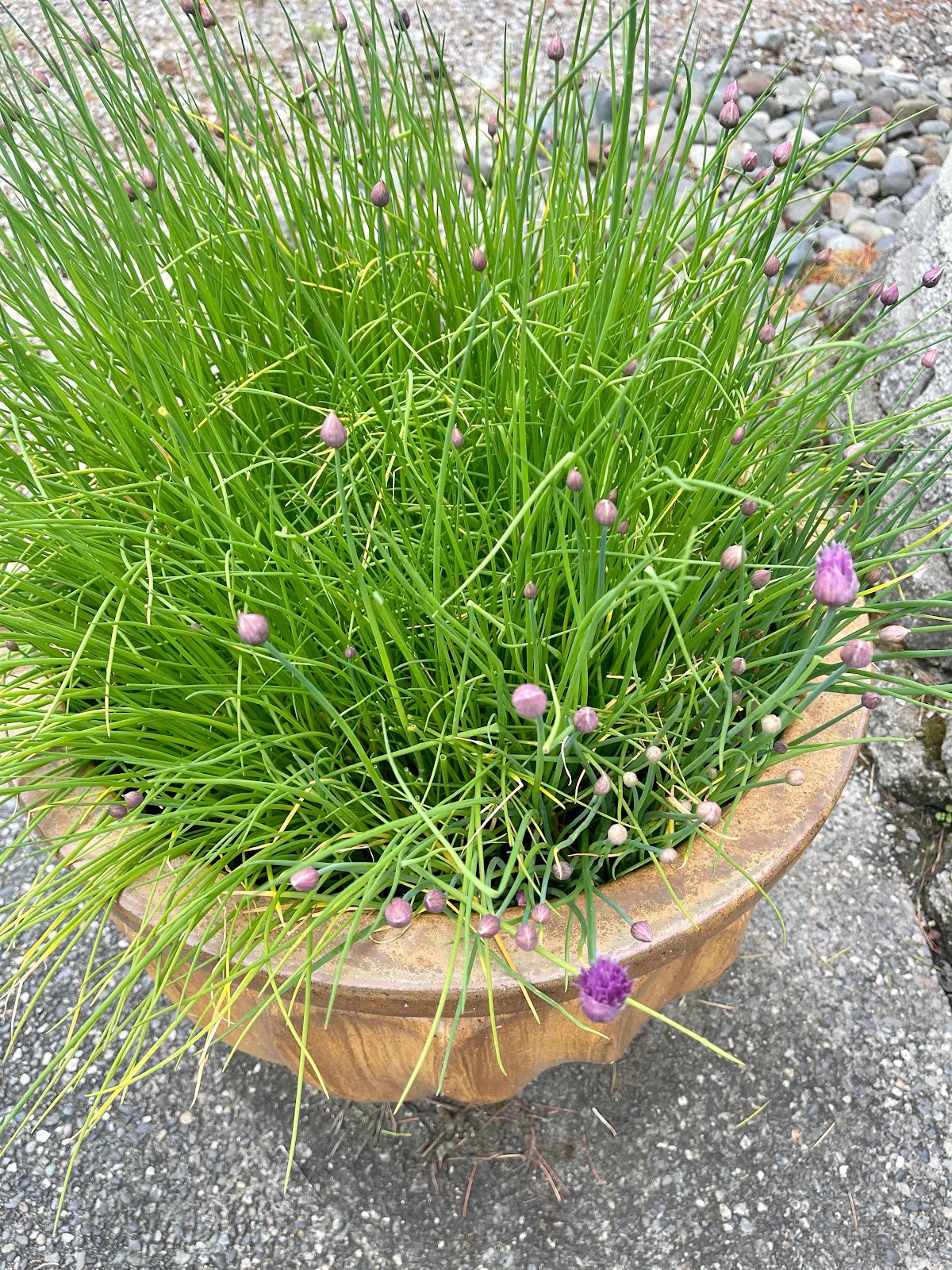 Yes, we're eager to "get spring and summer again," just as Chance predicts.